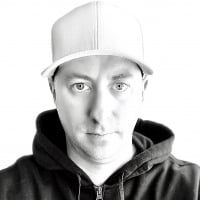 I shoot with three cameras. The Pentax K10D, The Canon Powershot S95, and the iPhone4s.
I use the K10D for shoots that I get paid with because as of July 2012, SLRs are still far superior as far as quality and ability to control what I want to get out of the image (focus, Exposure, RAW, etc.). I purchased the s95 as a pocket camera for when I didn't want to carry the SLR around. While not as good as the K10D for the reasons listed above, it provided a nice sharp image that I could manipulate in Photoshop to get exactly what I want.
A year later, I got the iPhone 4s and fell in love with always having a camera on me and being able to edit on the spot. Also, the amount of creative apps you can use is endless. The iphone is not yet a replacement for an SLR but with every update comes new features. To me, mobile photography is the way of the future. I have no doubt that with in a few years, the iphone (or android) will be taking comparable photos to an SLR.
So, rather than bash mobile photographers like Kodak did with digital photography, I say embrace it. Jump on-board the mobile bandwagon and have fun.
David Weiss | Canon 5D Mark III | FujiFilm XT-4 | iPhone
My Website
Facebook | Twitter | | VSCOgrid | Instagram |
0