I had a problem getting from Granada to France because it was the summer vacay for everyone in Europe. So I ended up flying from Madrid to Barcelona on a night flight.

Since I got to Barcelona finally at 4 am, I didn't go to a hotel, but just to a train station. [Another thing I did not write to my mom. The taxi driver in the taxi that I got at the airport to go to the train station was extremely concerned about my safety in the station, which he said was overrun with gypsies, and the ticket windows wouldn't open until about 6 am. He had me stay in his cab until the ticket windows opened and I don't think he charged me anything extra for that. He was right about the gypsies] 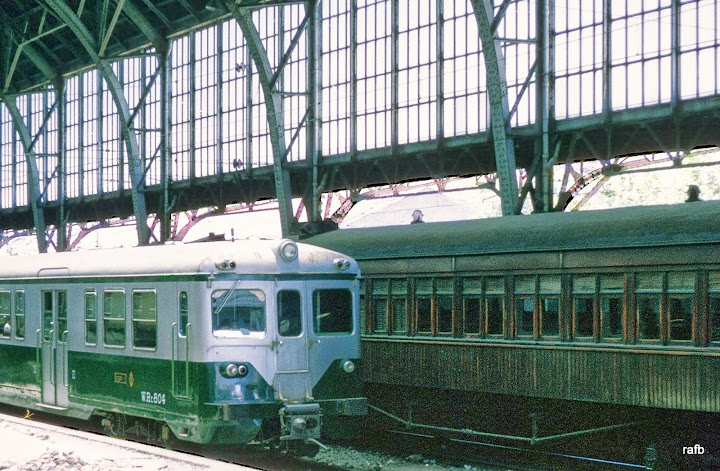 Very dark photo of the station 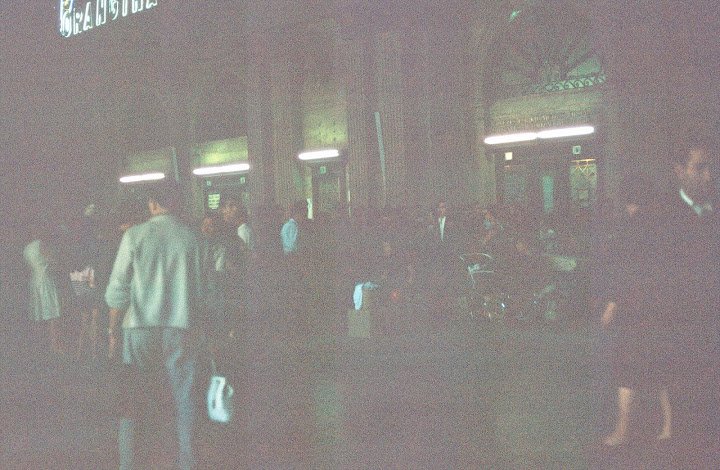 I am safely over the Spanish border and have two remaining hurdles. One is to change trains at Narbonne, and the other is finding accommodations in Marseille.

There was no dining car on either the French or Spanish trains, so I bought a box lunch at the station. For 9.50 NF I got a chicken breast, 4 slices of French bread, a large slice of ham, an orange, banana and a lemonade. Changing at Norbonne became very simple. As our train pulled in and I got out (haven't seen a porter since I left Spain) another train pulled in on the other side of the platform and that was our train.

Aside from a few minutes confusion provided when a conductor said the train was "complet", everything went smoothly. (There were plenty of seats). I had a compartment first with a mother and two children --French, who had obviously just come from the seaside, and then with two old ladies. Another daughter also came later. I slept a lot on the trains as I didn't get much the night before. 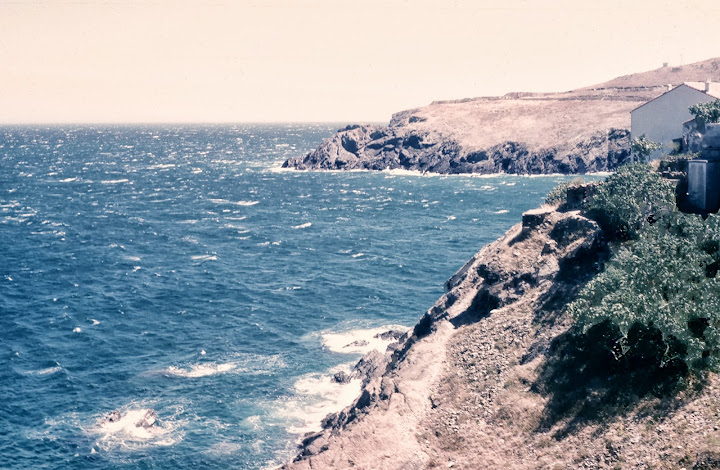 [What I remember of arriving in Marseille was that I had to carry my suitcase with me while I found a hotel, and I was too tired to walk far. The hotel I found made me quite uneasy, so I left my suitcase, and found another hotel that I liked better. Then I went back with the porter from the second hotel to translate and picked up my bag.]

The hotel I ended up in was the Bristol a three star hotel at 18, La Canebiere. That hotel is no longer there 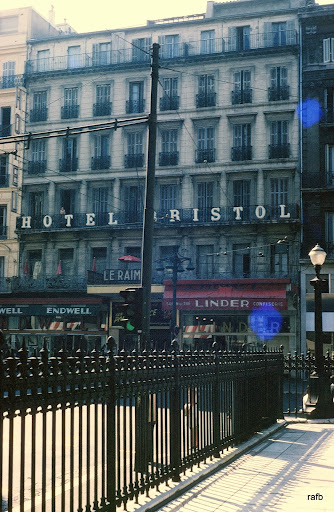 This was the view up the street from there 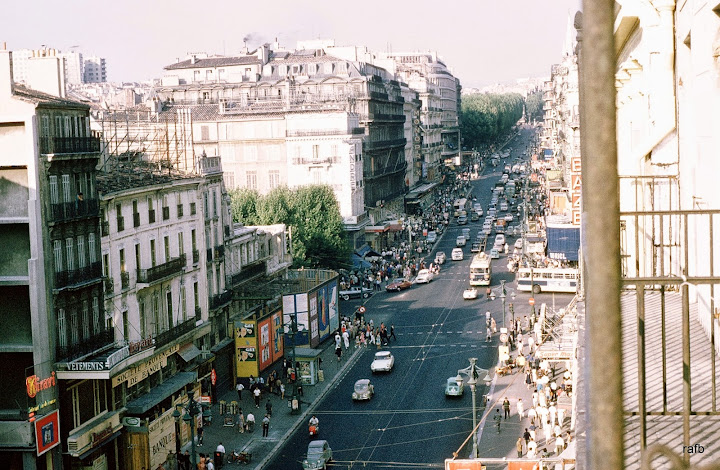 I walked down to the port where I think the liberty boats come in. My room here is 21.27 NF a night, and I don't think it will be much more for 2. It has a double bed (there was a double bed in Spain too). If Bob doesn't take leave, maybe we will transfer a few blocks nearer the harbor. Cabs are much more scarce, and I presume much more expensive than in Spain.

My dinner last night (steak) cost 10 NF including tip. My breakfast will be 3 NF

At least this seems to me to be in the logical place for the ship's boats to come in. I have been unable to find out the French for "Fleet Landing"

Today the ships came into port

Here's one of the destroyers Med-moored 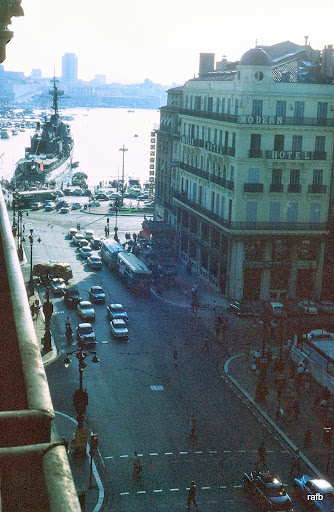 Where the liberty boats come in 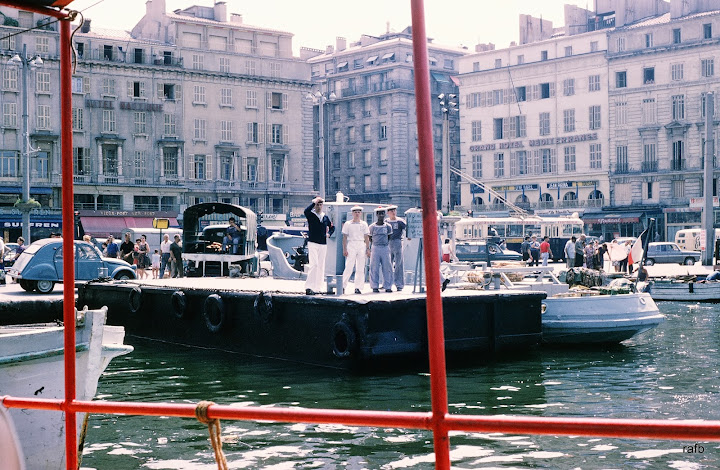 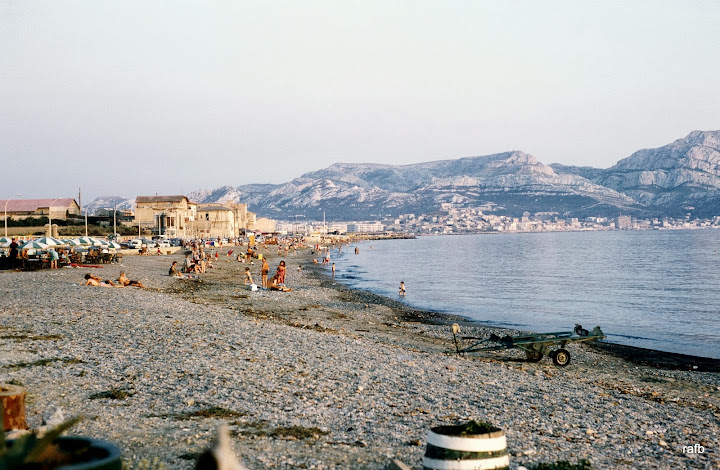 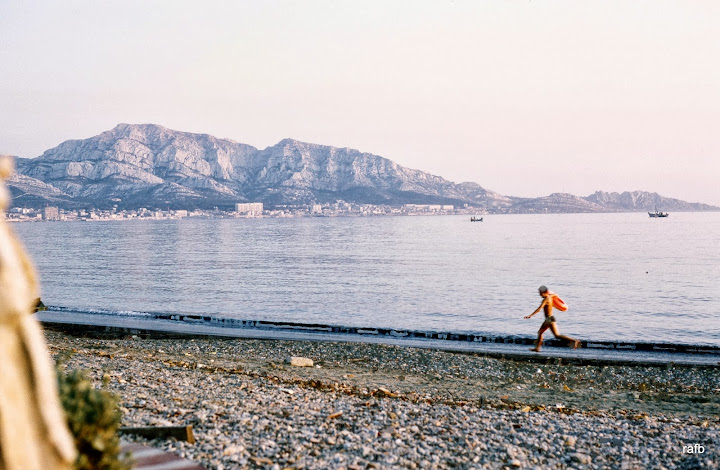 We had dinner at the Aux Ombrellas along the beach, where we could see the sun go down and lights go on along the bay. We have rented a car and are driving around the Marseille area.

We have a Citroen 2CV which is really an incredible car. -- almost like a toy put together with rubber bands. ($5.00/day) and it is really a LITTLE car -- not height wise, it is about the same size as a VW and also has a roll-back top, but the interior finish has been put on with scotch tape and it drives like a golf cart. Bob says the engine is similar to a motorcycle or a lawn mower and he calculated that we get about 70 mpg [and the gear lever sticks out of the dashboard]. 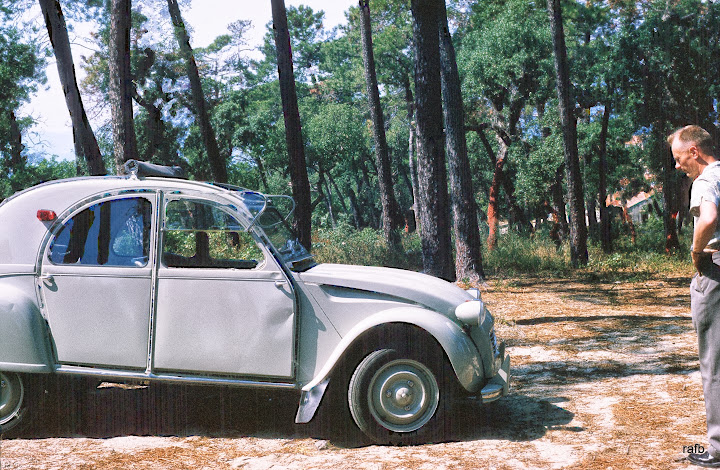 I had Michelin books - and they told me that there was a high, middle and a low road along the coast. Anyway, we drove along middle road first 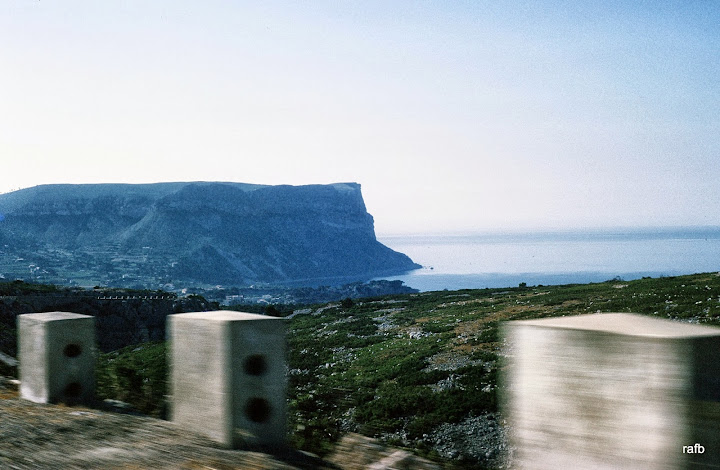 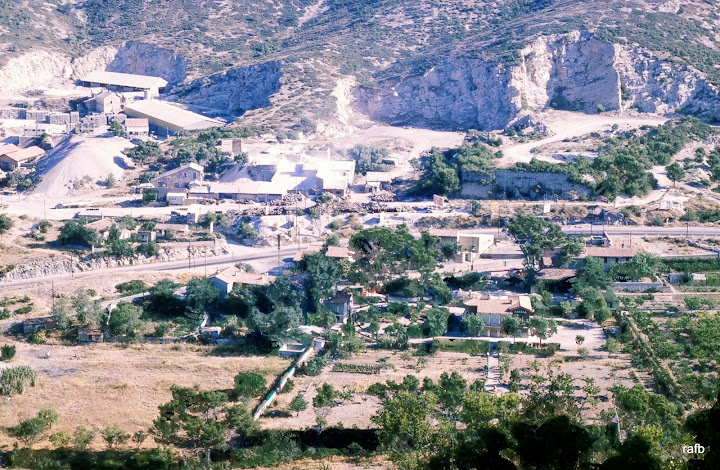 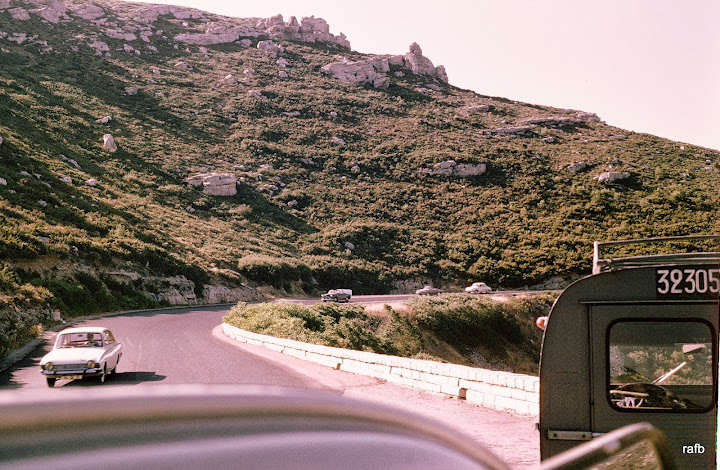 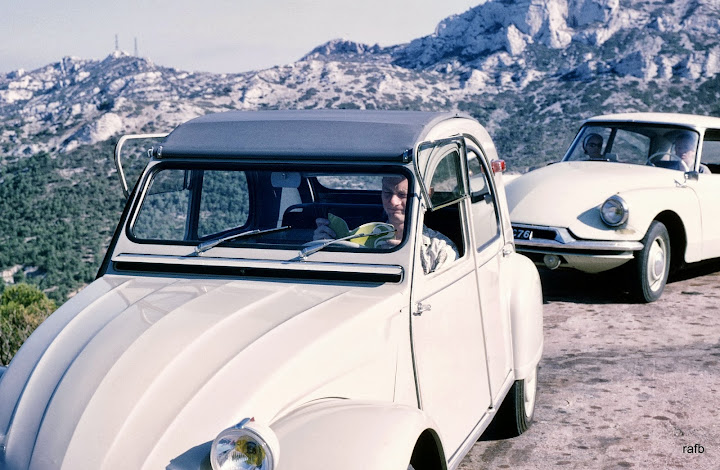