I spent Sunday afternoon at the air port watching the 2018 air show. I didn't take a camera bag nor a tripod - it was a hot, very humid, long oppressive day in the sun, and I was not wanting to carry very much, so all I brought was my 7D Mk II and a Tamron 18-300mm zoom - partly as an experiment to see if I could capture any interesting images with only 300mm. I think I might have a couple despite the large crowd of viewers. All images shot in RAW and edited in Lightroom and sometimes a bit of Photshop

Many of the propeller driven war birds were roped off to keep spectators from touching them or their propellers. There were B-25s, A-26s, P-51s, Texans and A-6s, and several Navy fighter bomber and torpedo bombers - There were several vintage jet fighters from the 1950s as well - an F 86, an F-100, and a F104. There was also an F-22, and of course the F-18s the Blue Angels were flying

The air show had a performance of "Tora, Tora, Tora" - a re-enactment of the bombing of Pearl Harbor on Dec 7, 1941 which was very challenging to photograph as the smoke from the simulated bombs was so heavy it was hard to even see the planes flying along the runway in front of the crowd. I have seen it several times and it is still a very heavy emotional experience.

This image recreates a B-17 which actually landed at Pearl during the attack with one landing gear not working due to enemy gunfire, so the plane is over the runway in all the smoke and haze with only one gear down - not sure how you can even lower only one pair of landing wheels on a B-17. Photographed at 1/200th sec to catch prop blur 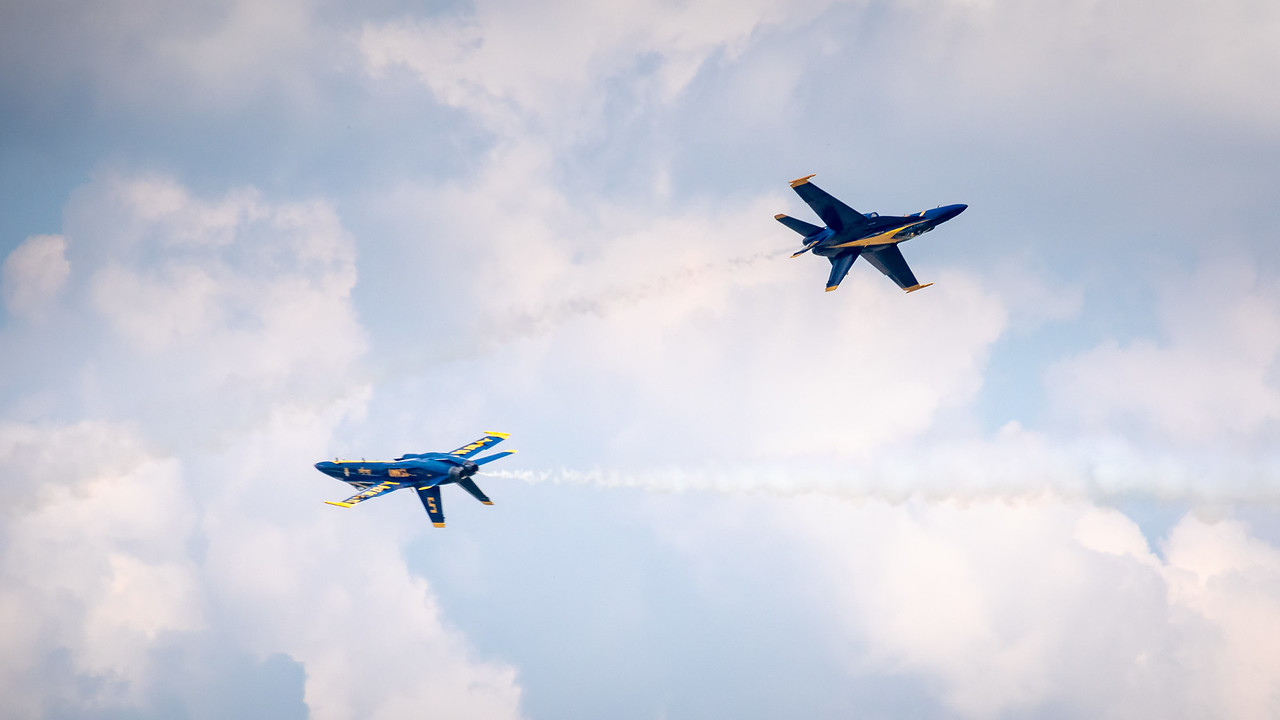 The Blue Angels fly with such precision it is truly frightening to watch - at least for me - sometimes less than 2 feet separates planes flying at 500mph sometimes even with one inverted. 1/1600th

I have images of them closer than this, but they begin to merge into one image that is a blend of two or more airplanes and just don't work well as an image for me

Comments are encouraged - especially on the quality of the images with the tools used for this effort. The shutter could have been faster if I had a faster aperture to work with, or better high Iso sensor, but I didn't

Moderator of the Technique Forum and Finishing School on Dgrin
1