No matter where people reside during their stay, they inevitably venture out to the 'other side' of the island, and will likely pass through the small community of Olowalu.  By road, it's an unforgettable pass-through, with giant monkey pod trees on either side of the highway forming a canopy overhead.  Driving through feels like you've been transported to a magical forest.  Others will end up in Olowalu by booking various snorkeling and kayaking tours, as it's also home of a 'mother reef'...huge, sprawling out for miles.

However, aside from the pretty parts, Olowalu is rich with cultural and trade history.  In the Hawaiian culture, Olowalu served as a place of sanctuary for people on the lam for an offense against a family or royalty.  Once inside the boundaries of Olowalu, all fighting was off, and violating this sanctuary was punishable by death.  Additionally, Olowalu served as a large agricultural area, known for dry-land taro, breadfruit, sweet potatoes, and other crops raised for material goods such as clothing, shelter, etc.  Later, as sugar farming became a huge industry here, there was a sugar operation in Olowalu.

The small community also served as a trade port from time to time, where western sailors would come to barter & swap goods.  Hawaiians loved the opportunity to acquire things that were completely unavailable to them, such as nails, since there was no smelting technology here.  There was even once a historic massacre that took place in Olowalu, the result of a dispute between Captain Simon Metcalfe and the local islanders over theft of a boat that had been scrapped for materials.

If you spend some time exploring around the area, you're sure to find something fabulous - petroglyphs on lava rocks, abundant reef dwelling sea life, local fruit stands, and some of the best pulled pork around.  Next time you're on Maui, make sure to spend a minute or two in Olowalu!

Today's aerial image was shot from just outside of this community, as I waited for the jammed up traffic to clear.  The gently sloped, forested stretch of land that creates a point into the ocean (middle of the frame) is the location of Olowalu.  You can see the highway disappear into the trees.  In the distant background, you'll find Haleakalā, a 10,000+ft sleeping volcano, towering over the valley between itself and the west mountains.

The image is a 19 shot pano, manually shot @ 48mm (full zoom) on the M2Z.  Be sure to click the thumbnail to see the full-screen view.  Enjoy! 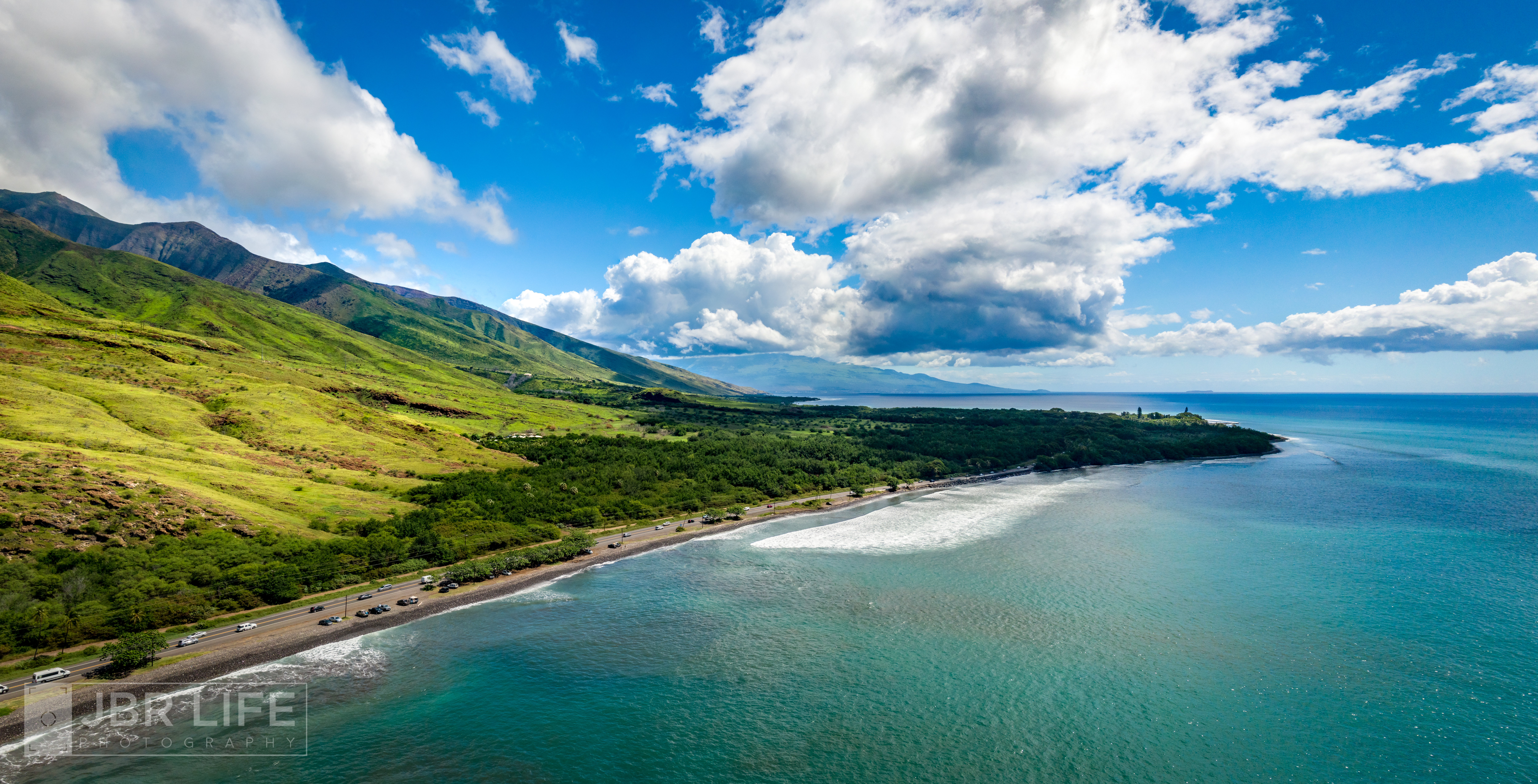