I had seen these, rather spindle-shaped and quite stripey, bugs on the stems of flowering grass in our garden. They were always at or near the tops of stems and readily moved around to the opposite side from me.

I occasionally took a few shots but disturbing the long grass near the bugs made then move out of sight. There were normally one or two but on the final occasion there were five within about a meter circle. They were always in an undefined patch to one side of the path but I never saw them on similar grass in the same patch, which was several meters square.

When the five were present I decided to get a good set of images.

The last thing I thought these were was Shield-bugs but I came across images when looking images of a definite Shied-bug.

[Edit] They have one generation and are around all year round. The young (spring & early summer) feed on ripening grass seeds. [Edit ends]

The stereo is crosseye. I had to crop out one of the antennae in one of the pair of images to make the stereo work. All images have been cropped. 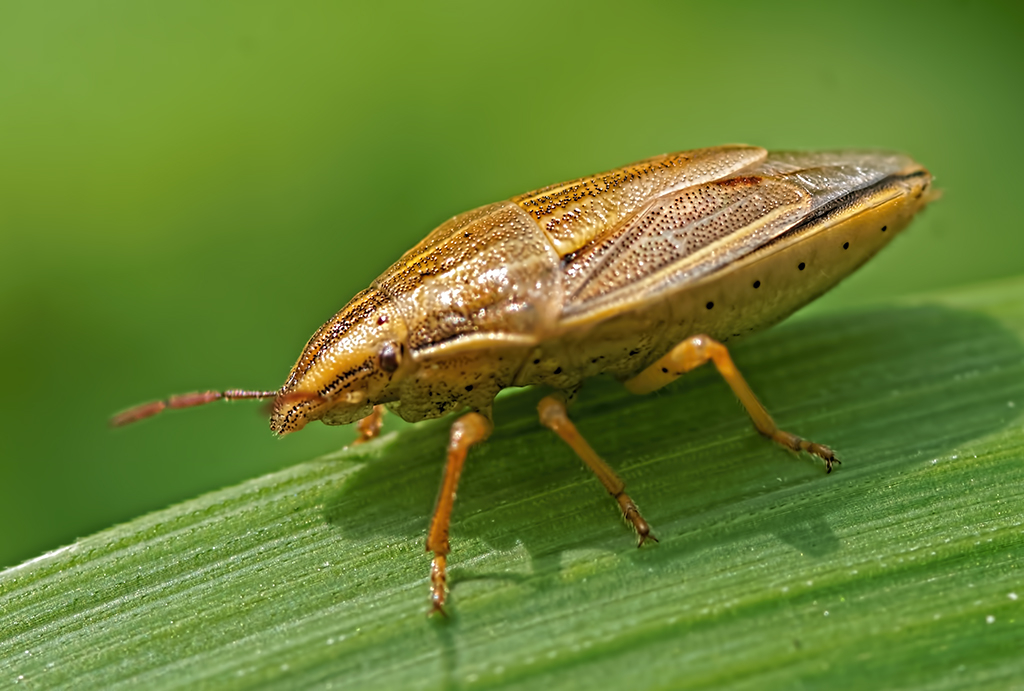 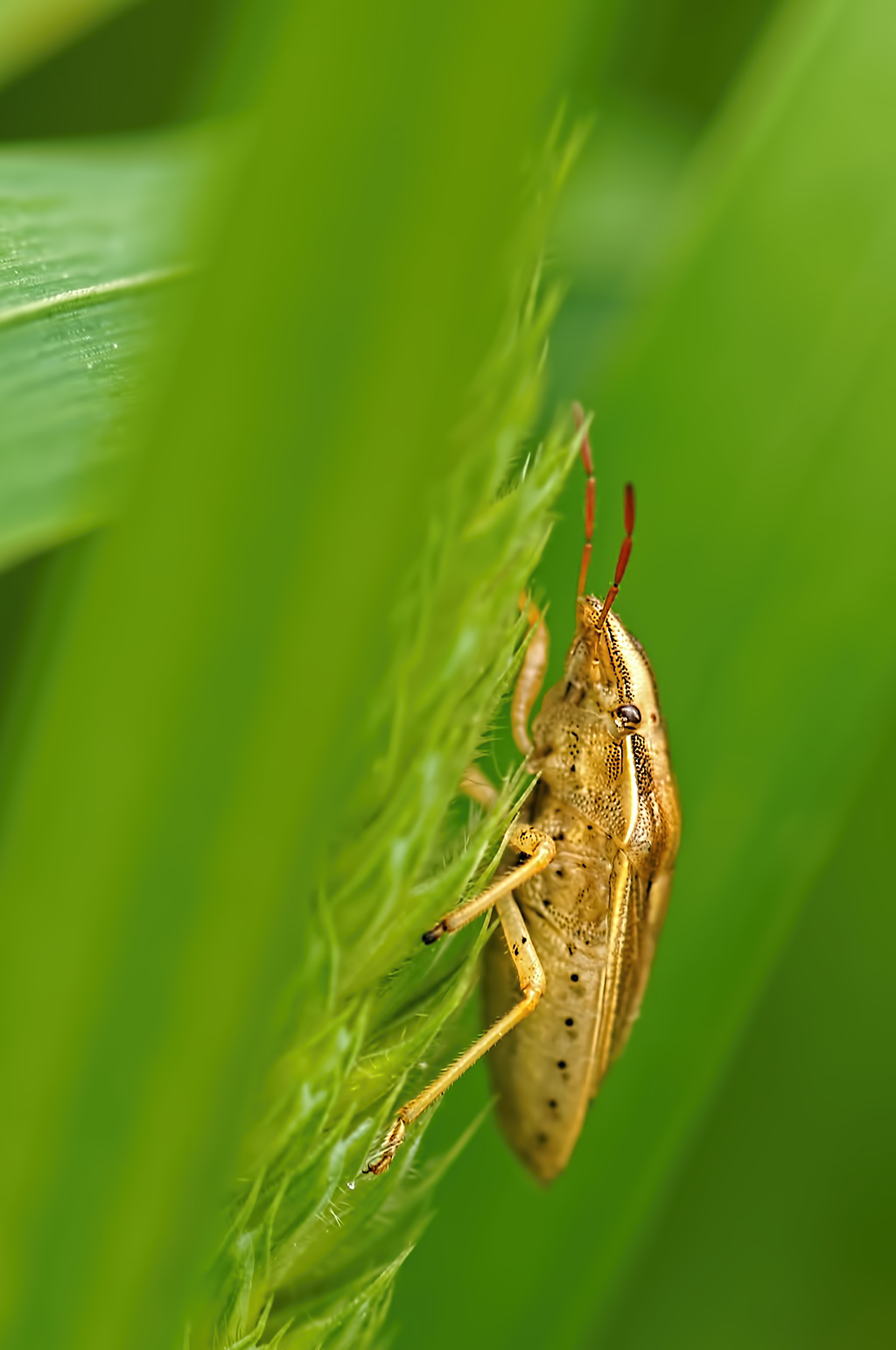 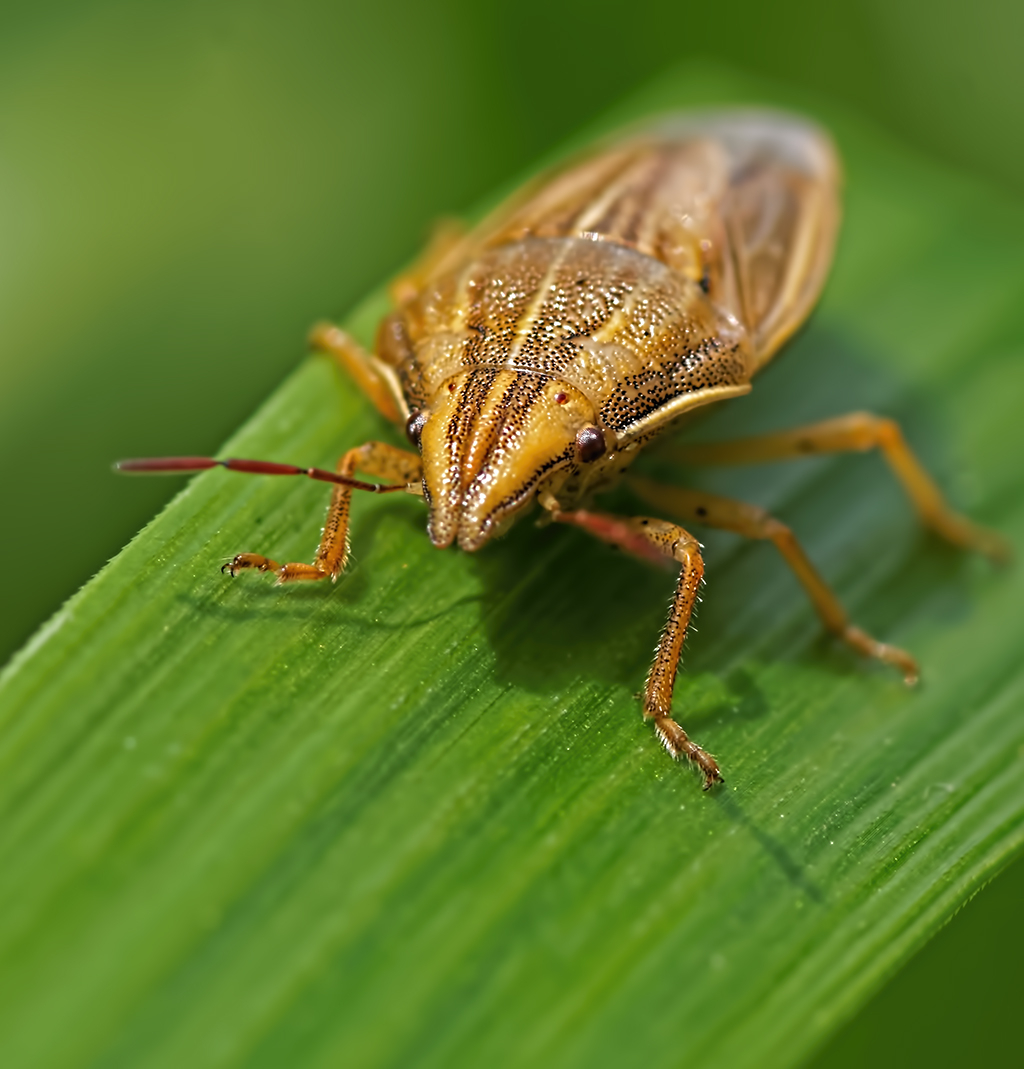 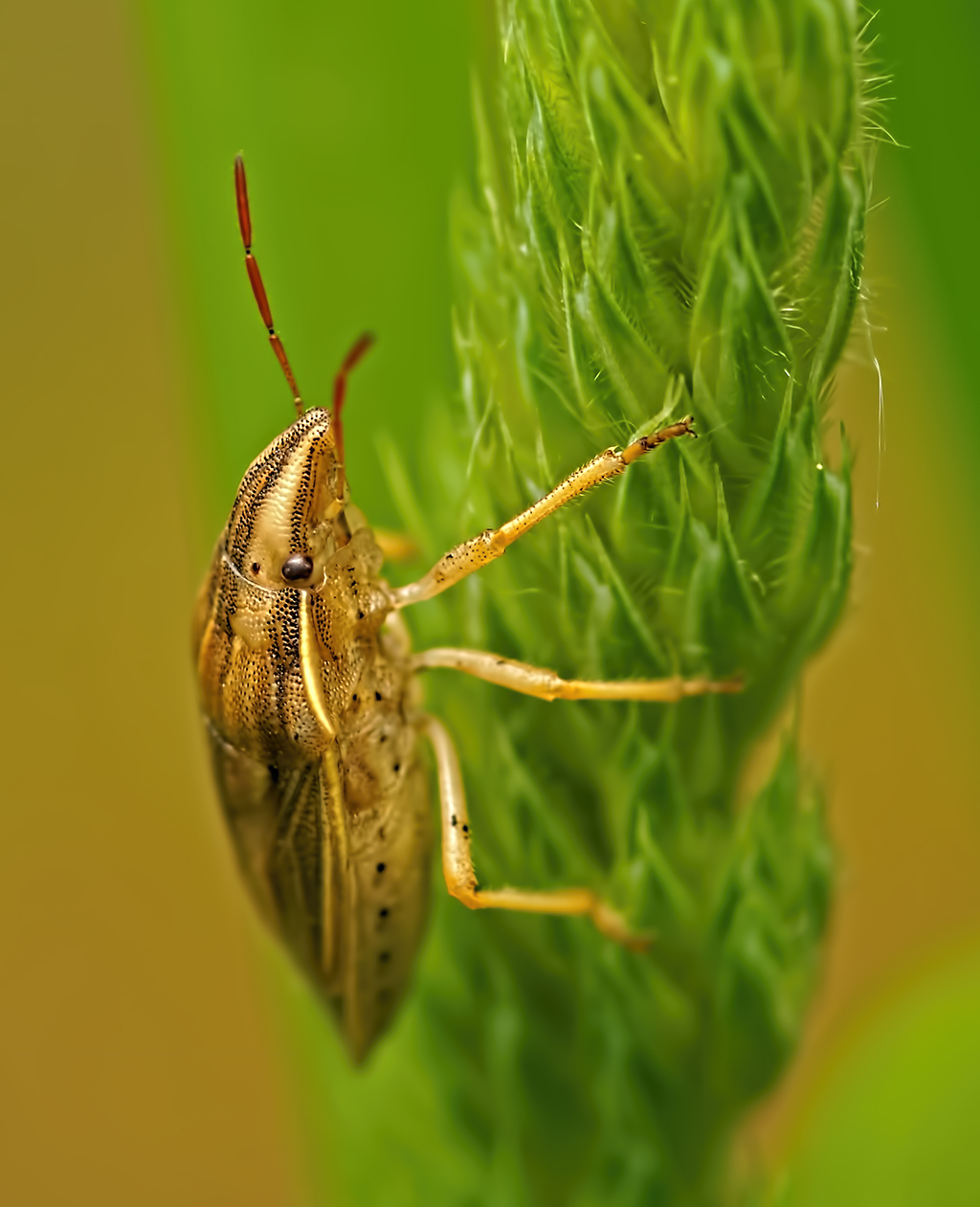 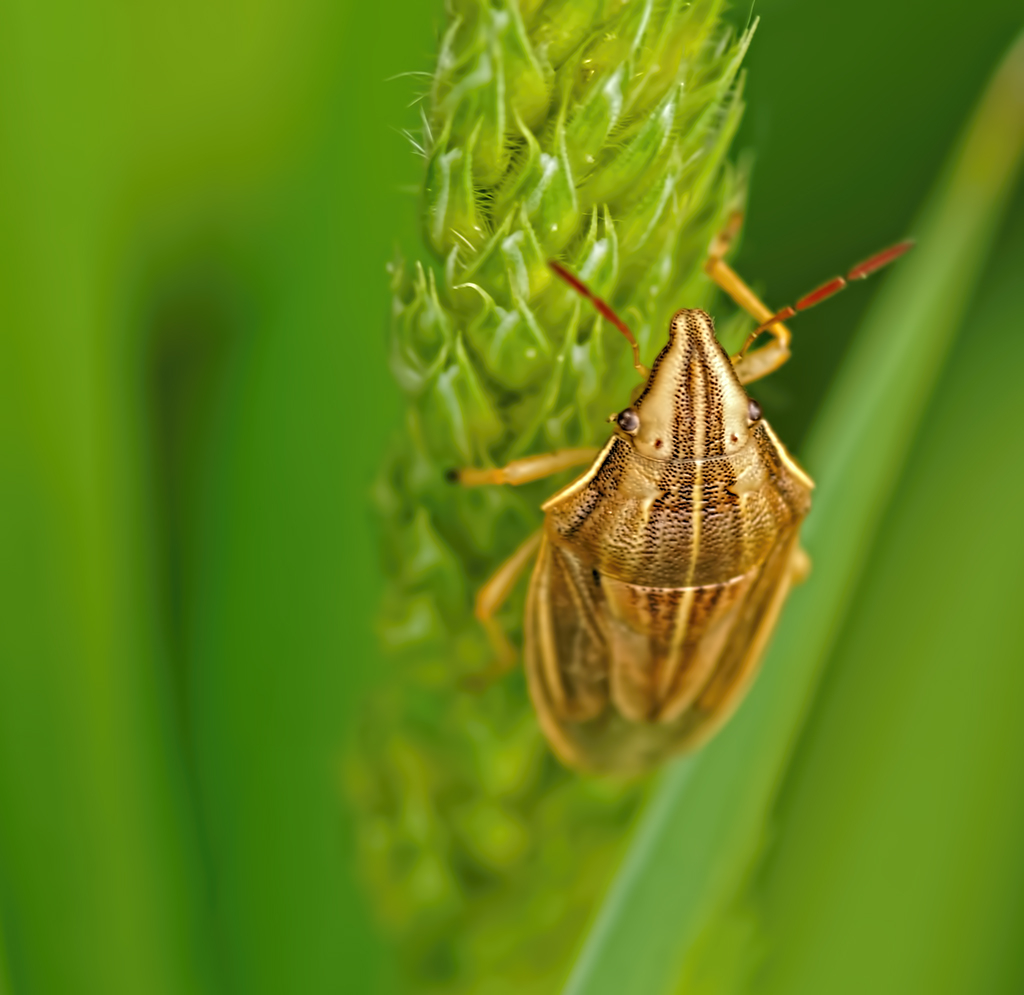