A relative of the Gypsy Moth, this is a woodland species in southern Britain, flying in July and August. It is nocturnal.

I saw this male yesterday. It was on the trunk of a mature Oak tree. I could see it from several paces away, such that any attempt for it to blend in was a failure.

This was a male, the feathered antennae folded down beside the thorax. The males vary in the amount of black markings and can be entirely black.

It was a dull day and the moth was in the shade of the tree. 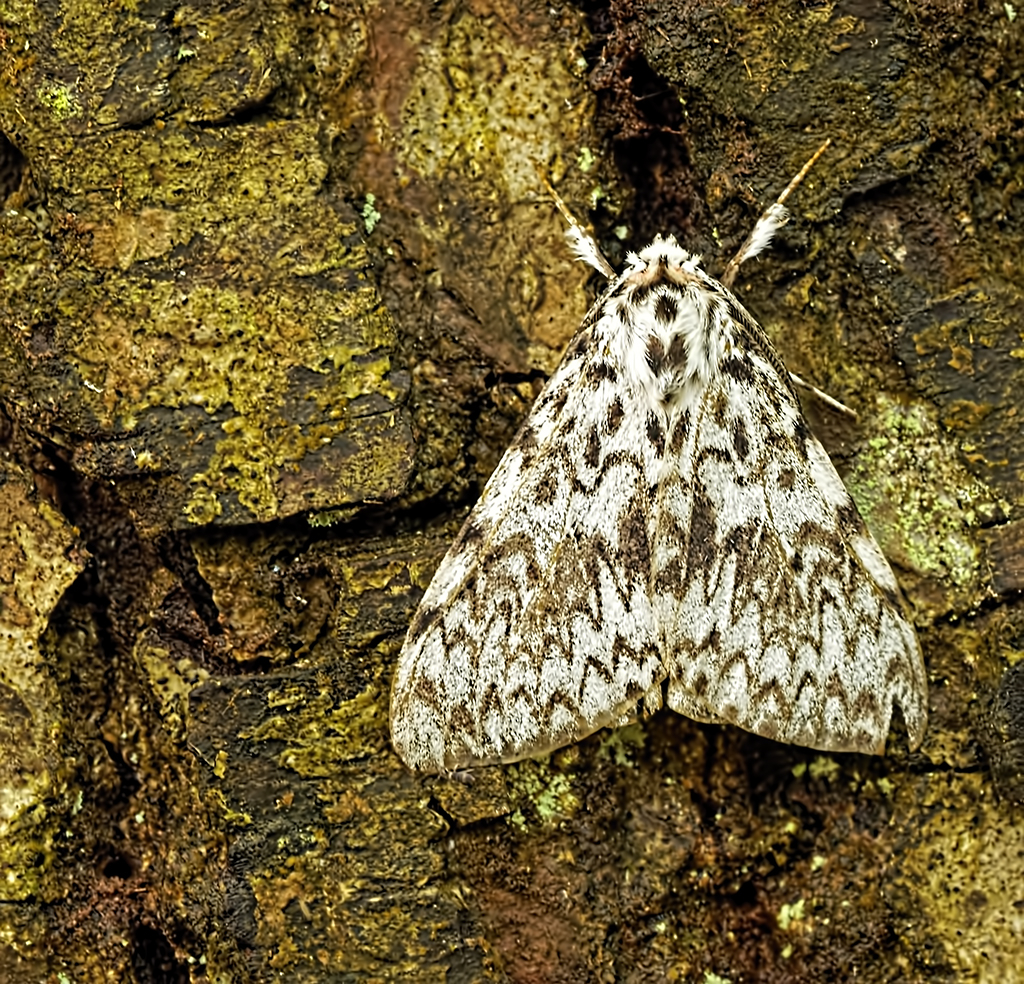 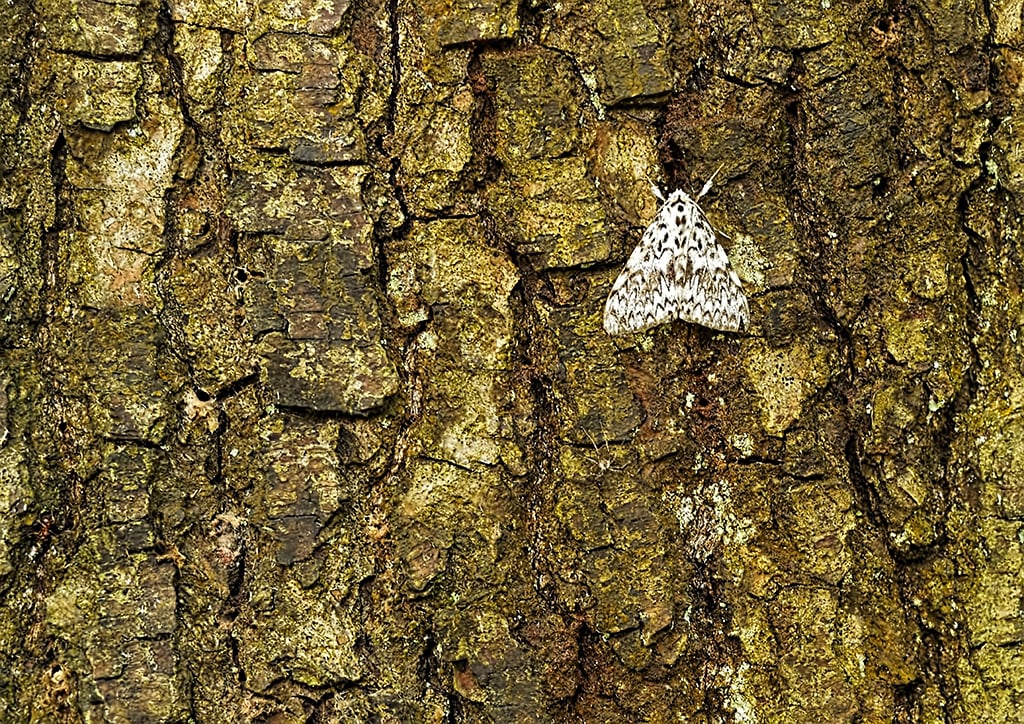 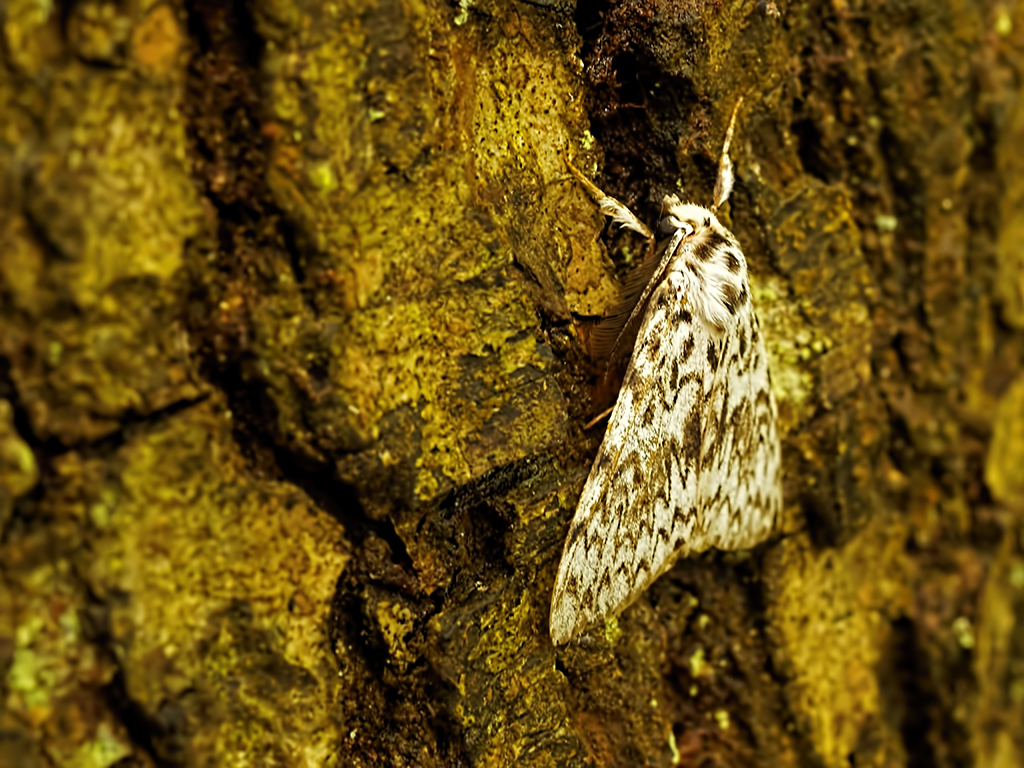