I originally visited Decoy Heath to photograph dragonflies but, on several visits, I have found various fungi, lichens, etc. not previously recorded. I was quite certain that slime moulds (Myxomycetes) would be there and that they would include Arcyria spp.

A. denudata is the species I find most often. It occurs on well-rotted wood, typically trees stumps or fallen branches. This was on a rotted branch on the ground, a moss-covered one. To my surprise, both the colonies were attached to the moss and not to the underlying wood. The colonies were about 3mm across.

Of particular interest was the wide distribution of spores on the moss near the colonies and on the stalks of the fruiting bodies. That there is a layer no more than one spore deep suggests more than simple accumulation. I have no answer to that.

The first three images were shot on location. The fourth was at home, and a table outside. All on the EM-1. 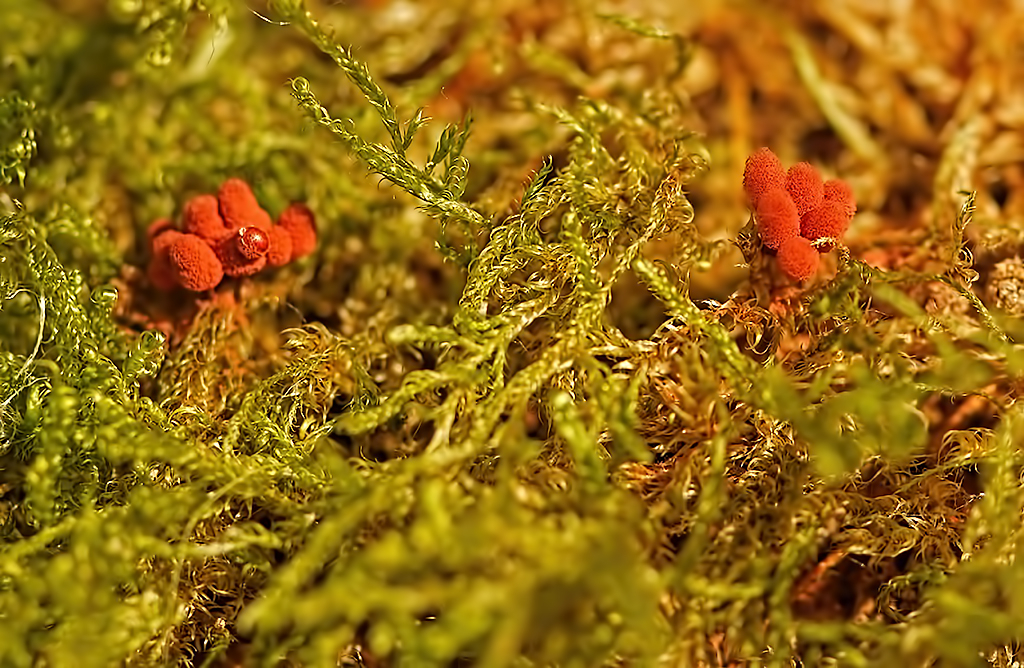 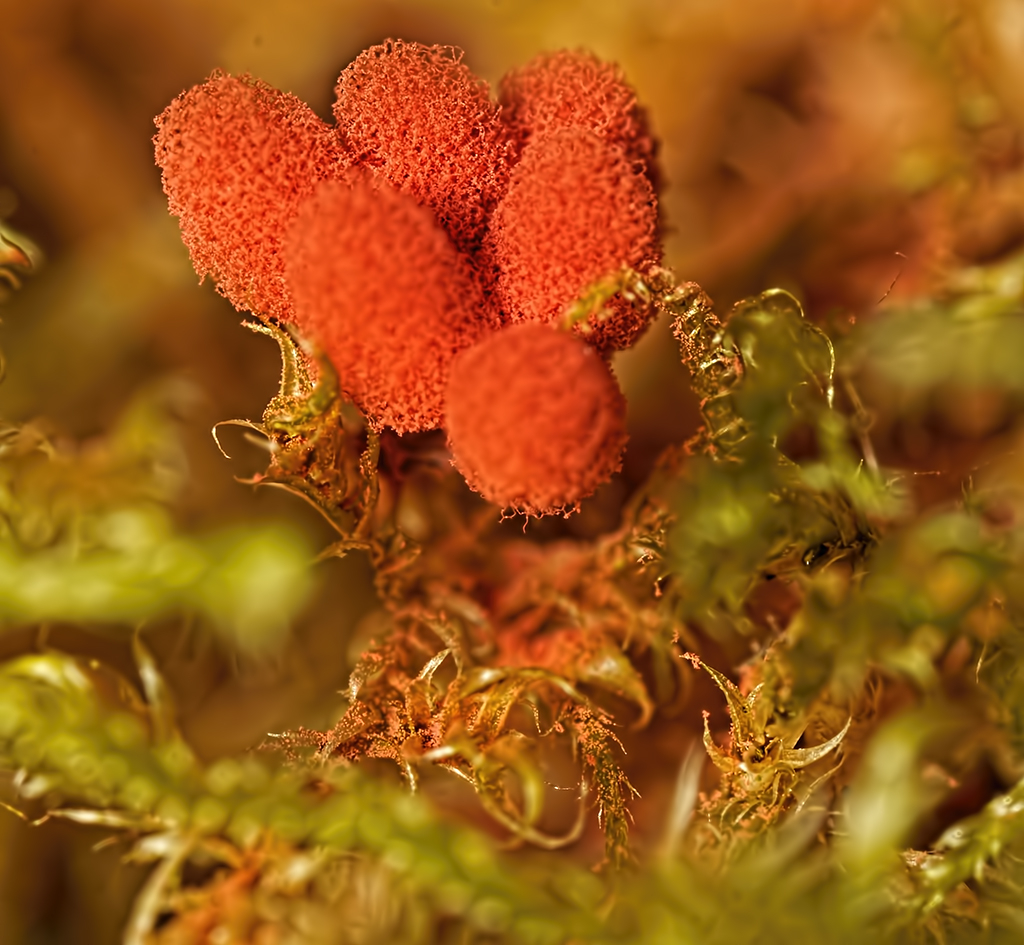 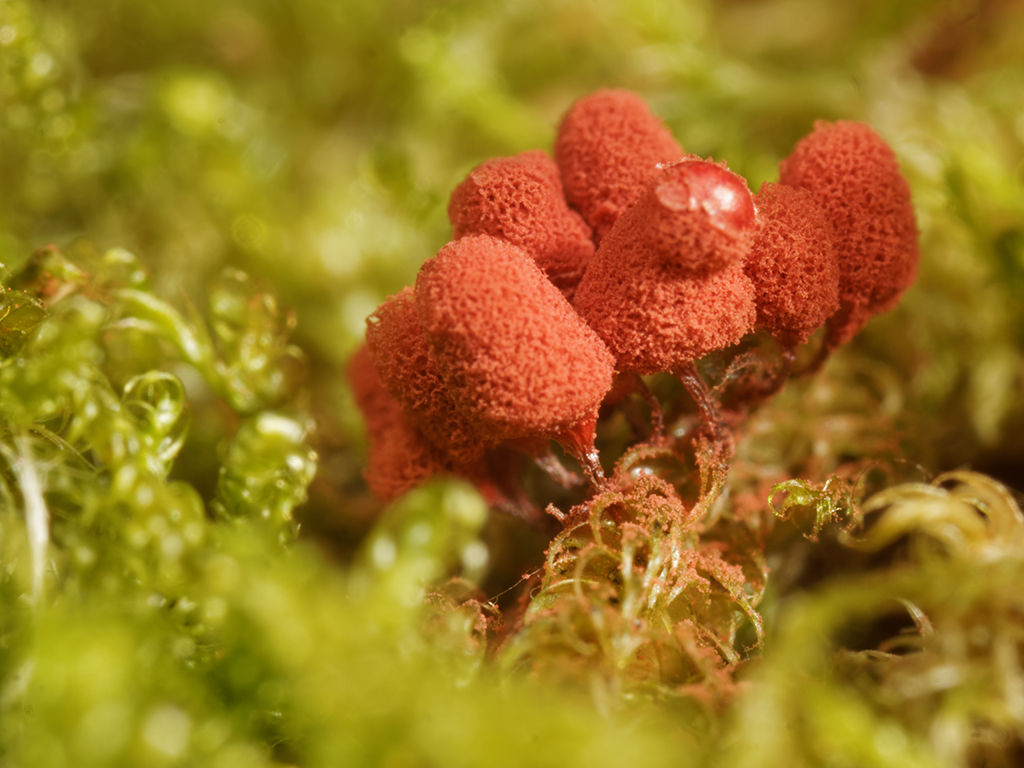