As my galaxy hunting continues, I'm definitely enjoying the journey, from learning about the targets to learning more about post processing the integrations. So, if you wanna know all the blah blah science stuff, read on. Otherwise, feel free to skip ahead for the eye goodies. 😁

This galaxy was first observed in 1773, by Charles Messier. At that time, it was thought to be a nebula. It's companion galaxy was later discovered by Pierre Méchain, although whether the two galaxies were interacting, or merely passing from a distance, was still unknown.

Fast forward to 1845, and William Parsons, 3rd Earl of Rosse was able to view the spiral structure of M51, the first spiral 'nebula' to be observed.

In the mid 1900's, Edwin Hubble (think Hubble space telescope), observed properties within these two distant objects, confirming that they were indeed galaxies, rather than nebulae.

Later, with the advent of radio astronomy, it was confirmed that the two galaxies do interact, and it's believed their close proximity is what is causing the arms of the spiral to skew toward the other galaxy.

To create this image, I used a Sony a7riii + 100-400mm GM w/ 1.4x teleconverter. This was mounted to a Sky Watcher Star Adventurer tracking mount atop an old Bogen 3046 tripod.

Total exposure time is just over an hour, spread across 30 light frames. I initially shot 60, but rejected half for misshapen stars.

By the time I shot dark, flat, and bias frames, the total count was 280. Stacking, integration, and most of the post process was done in Pixinsight, with a couple subtle refinements in LR.

Ultimately, I need to invest in a dedicated deep sky scope for this type of imagery, in order to reel in the target more. But for now, I'm thankful for 42mp and a heavy crop hand.

Enjoy the images, and Mahalo for viewing! 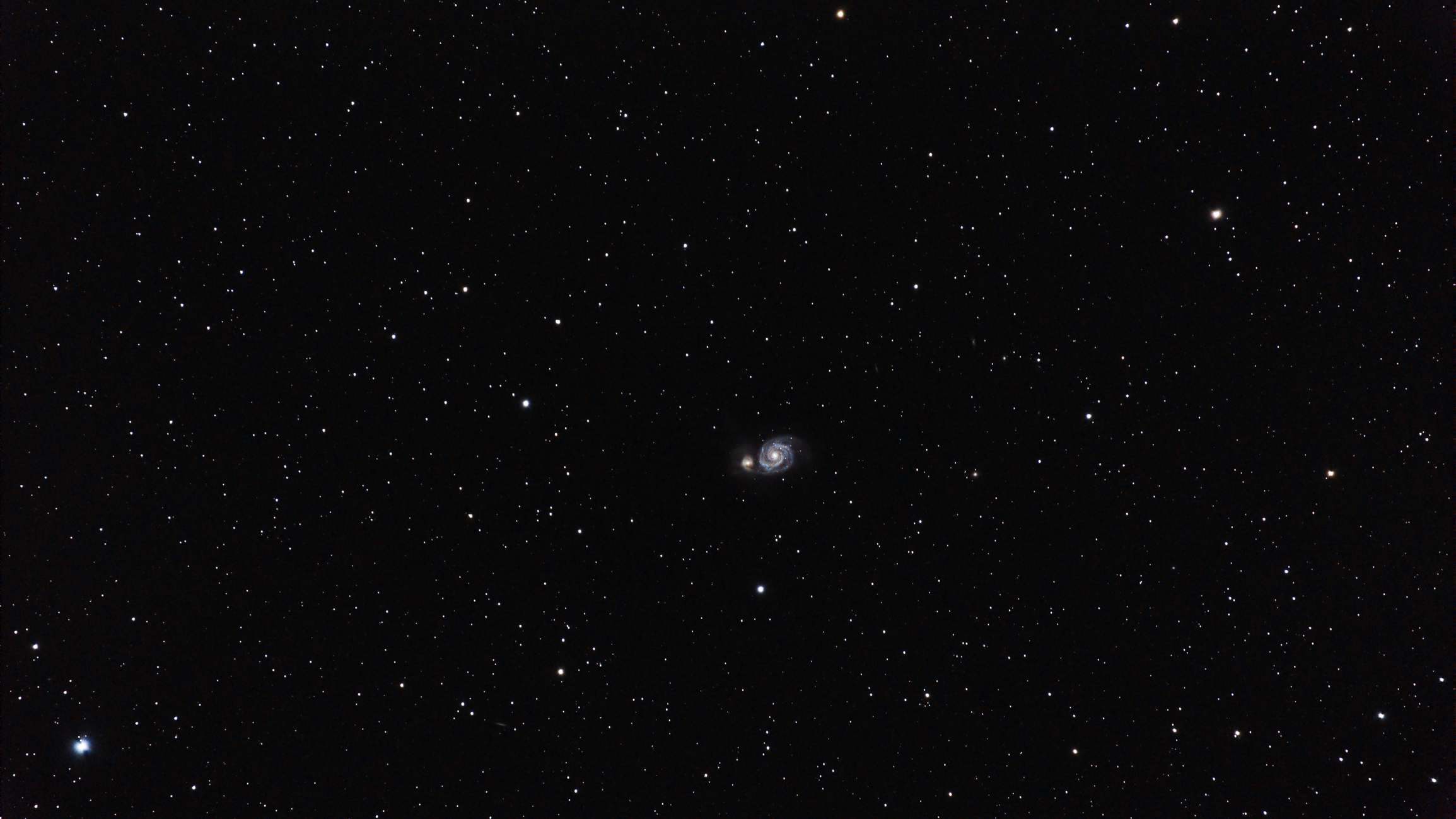 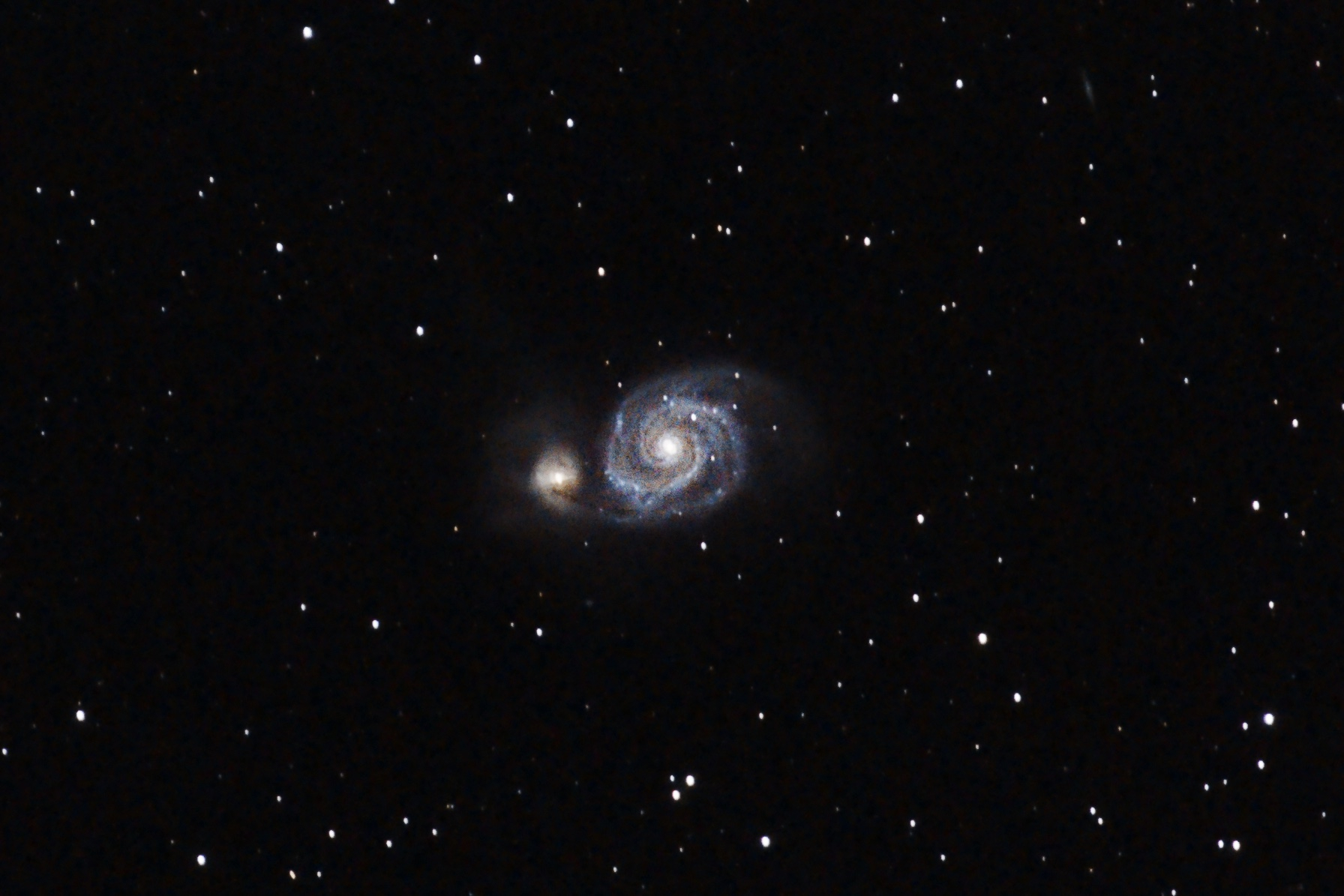