First, a disclaimer: I asked permission to post this. So :P

Anywho, here's the deal. My friend John Cottrell designed and built a tiny little advanced wireless remote control device for DSLRs that we've called fotomote, and I wrote the smartphone apps to control it (Disclosure: the iPhone app is still in development*, the Android app is fully functional, needing just a few tweaks to be ready for the Play store.) The key advantages of fotomote are:
I know, I know. Too cool, right? We get that a lot.:rolleyes But here's where we're at today. We have a fully functional prototype and smartphone app, and we want to make this a full-fledged commercial product. If it goes well, we intend to build a small company around it.

But we need just a tiny little bit of help.

You may or may not be familiar with Kickstarter? It's a place where young (or not) aspiring entrepreneurs can go to beg for money, er, provide a low-cost value proposition to potential backers. We're trending upward, but need to ramp things up a bit. Please visit our Kickstarter page for more information on fotomote and to see how you can get in on the ground floor! Also, check out www.fotomote.com to find out more about fotomote and see some examples of what it can do! (Please keep in mind that if we don't reach our goal you won't get charged, so there's no downside risk! )

Thank you very much in advance for your help! Here's are a couple of sexy pics, since this is, after all, a photography website: 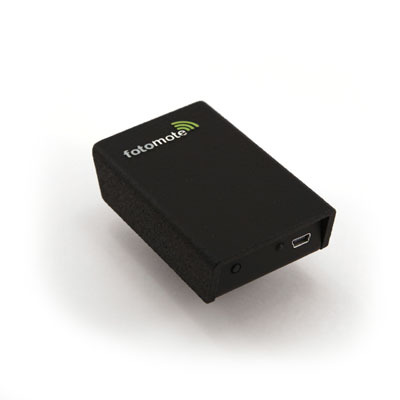 That's prototype version three, the final product will be smaller than that.

A much earlier prototype, this is what I used for testing when developing the Android app. The final product will be surface mount printed circuit board.

*A quick word about iPhones and Bluetooth for the cognoscenti: Yes, Apple, in their infinite wisdom, locked up the standard Bluetooth SPP protocol inside their MFi (Made For iStuff) program, and we're aware of the hassles and expense involved with getting a device approved through MFi. We've solved that problem by using BTLE (aka Bluetooth Low Energy, BLE, or BT4.0), which Apple implemented starting with the iPhone 4S left open to developers. We have a working comms prototype.