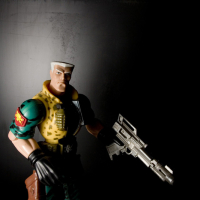 imax Major grinsRegistered Users Posts: 692 Major grins
December 17, 2005 edited December 21, 2005 in People
Thanks Andy for the information that is on Greg Gormans site. Also thanks for the information on Petteri's Pontifications All great stuff. I tried several this AM and I liked this one the best. Let me know what you think!

Thanks for taking the time to look. Have a great day.