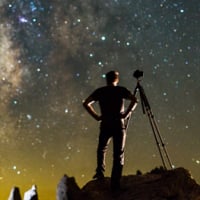 This is it, folks, I'm switching my backup/DX (though not FX) gear to Pentax. Crazy world, huh.

This body has received a full overhaul recently and has a new lens mount, among other major parts of the frame. Therefore, some of the camera will appear well-worn (CF door) while others will appear mint... The shutter was also replaced at some point recently, so theoretically it only has a few "K" clicks on it and should last for years to come.

Ships with body cap, charger, and three batteries. Batteries are aging and don't last long when you chimp a lot or use live view, so I'll drop-ship a fresh new (legit Nikon) one for an extra $20.

This camera has mainly been used for traveling and timelapse / video. I absolutely love it for travel photography; even though I own / owned a D750 and D800e at the same time as this camera it still managed to create six of the twelve images in my 2015 landscape photo calendar!

It too also been recently serviced by Nikon USA in LA.

Shows slight wear and has a few scratches, but works perfectly.

Ships with body cap, charger, two Nikon brand batteries, red strap, and paperwork. I don't know where the original box is but I'll try to find it.

This lens is very well used, but tack sharp at f/4, great at 2.8, and incredibly lightweight and small compared to any of the full-frame 70-200 2.8's. I hate to part with this lens, but it's a good thing Sigma makes a Pentax version of this; I won't be letting it leave my arsenal.

This is a mk1 version, the very first.

THIS IS A CROP-SENSOR LENS! Although if you don't mind soft corners, and leave all filters / hood off, this lens works fantastic in 1.2x crop mode with zero vignetting (but normal levels of light falloff) in 1.2x crop mode on a full-frame camera, making it a freaking awesome 60-180mm f/2.8 for general photojournalism! This thing is a pound lighter than any 70-200 2.8. :-D

Focus ring is nice and smooth. Zoom ring has a tiny bit of a jiggle, but works great and smoothly.

The whole lens is very, very worn looking; the finish is rubbing through here and there, and the zoom rubber is a bit loose but this doesn't hinder zooming. I put an Apple sticker on the side of the hood, to indicate attachment spot.

Ships with Nikon brand caps, hood, and a nice carrying case in the original box.