Heading out from Susanville we were taking Highway 50 Americas 'loneliest road' at least that's what all the signs and tourist info said. 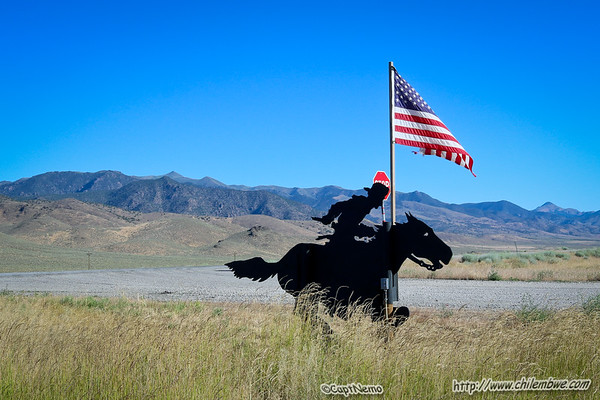 Our next stop before getting to the convention in Ely was in Fallon where we spent the night across the street from the Douglas Mansion. Currently painted pink its listed as the only Victorian two story in Fallon in 1904.

We were following the path of the famous pony express and passed a few places listed as stops for the express as well as the famous Nevada shoe tree. Oh and when we stopped for cool drinks in Austin the saloon had a small collection of authentic western Jackal-opes. 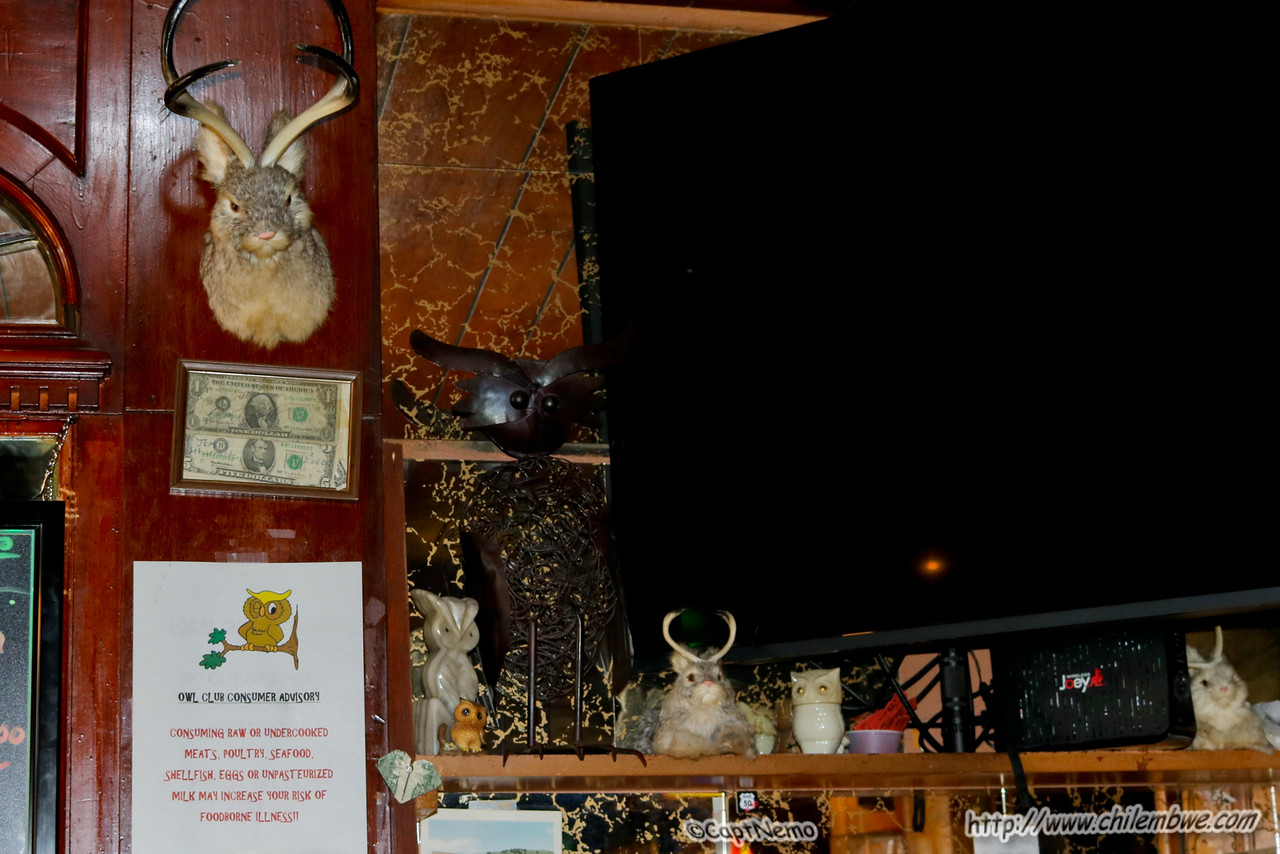 Eventually we arrived in Ely and looks like we were in the right place! 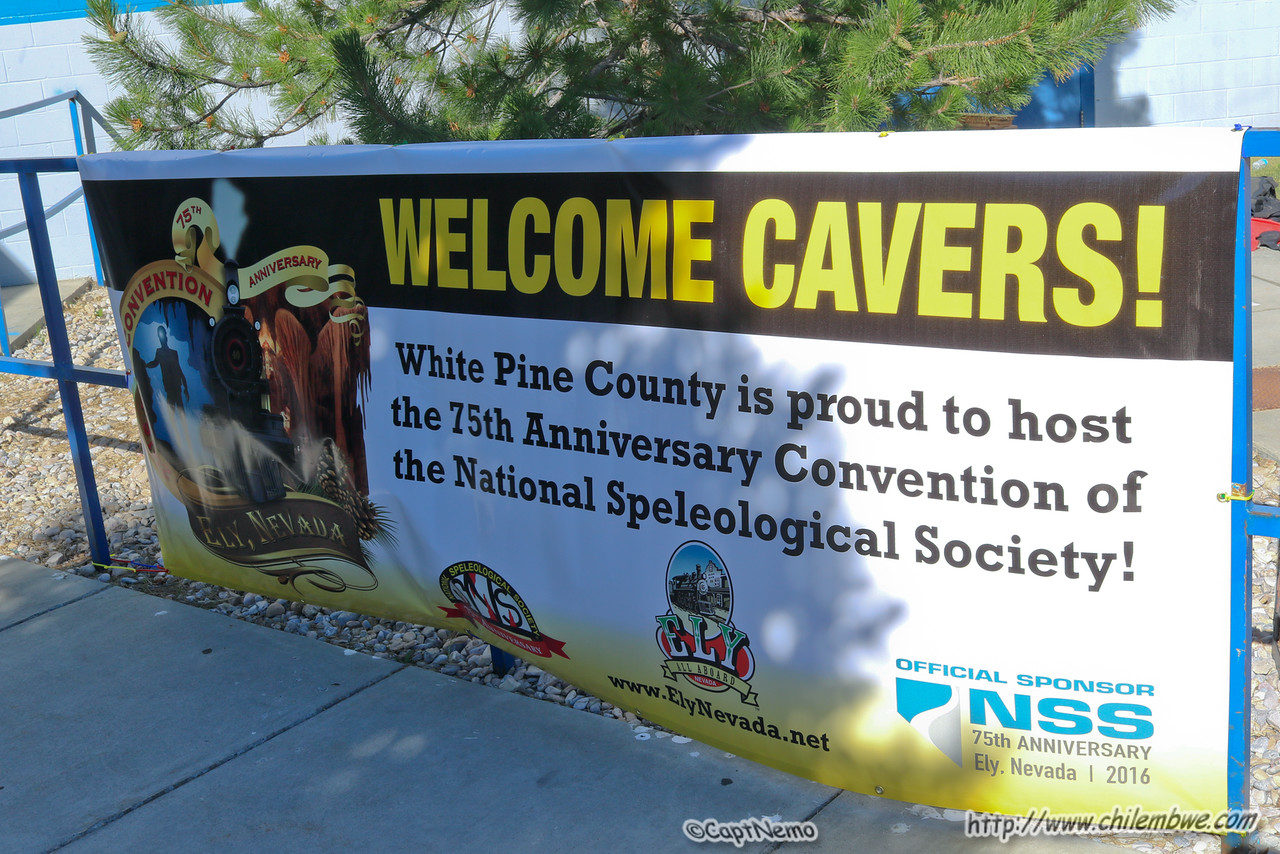 I was actually surprised i didn't notice more signs on the way through town- turned out they were being blown over by windy conditions, it was really windy which was stirring up a lot of dust, ugh. At least the sessions etc. were inside. We were warned in registration to put something heavy in the pouches provided for our Convention badges or they'd likely fly up in the breeze and try to strangle us. We'd arrived late and missed lunch so we headed into town for something to eat. The Silver State restaurant turned out to be across the street from our hotel and provided a great lunch.Then it was back to the school to admire the art, pictures and cave maps.

We spotted a sun spider in the hallways, said hi to Morley and Lorelle and watched kids and adults alike enjoying the cave sim. All too soon it was evening and time for the Howdy Party, this years theme was supposed to be Donner Party or some such but as at most Howdy parties Most folks came as they were. Some did dress in old time western garb so the theme was present. Dinner was fine, though there was some grumbling at the late arrival of the beer truck Finally it was time for the main attraction. The performance by 'The new Christy Minstrels' (an American large-ensemble folk music group founded by Randy Sparks in 1961). Needless to say it was a great show with many of the audience joining it with familiar songs and dancing. 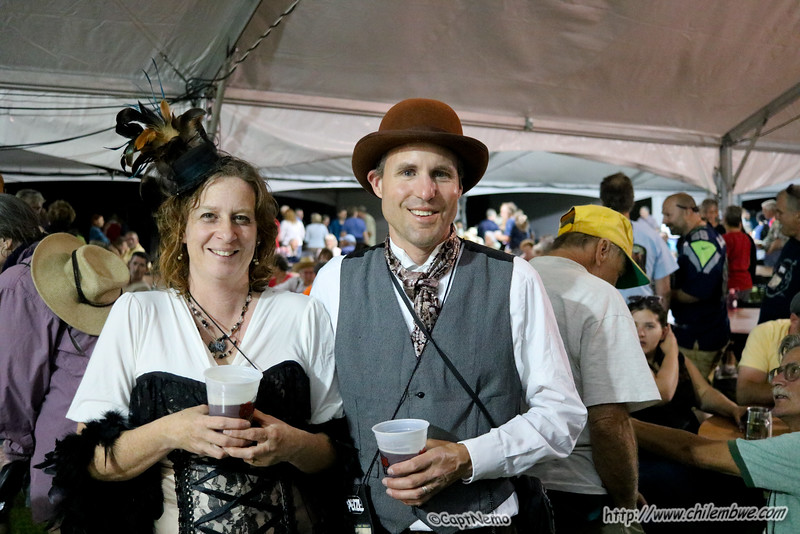 The next day we spent enjoying the talks and sessions. Dad and I stopped in to watch Kip manage to beat the time for his age group in the 30 meter vertical, he managed to climb faster then the goal he'd set for himself so he was pretty happy. 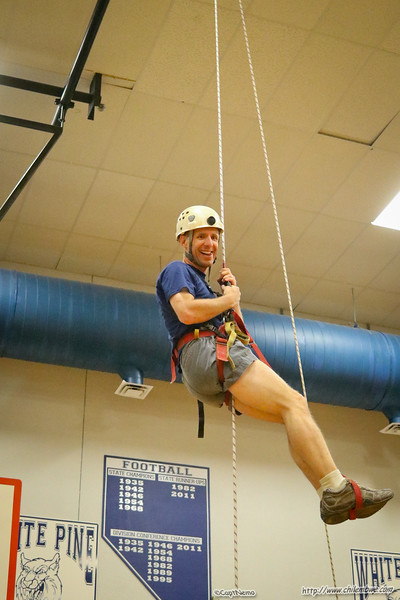 The other vertical competitors all appeared to be enjoying themselves and there was plenty of people encouraging them so it was fun watching. 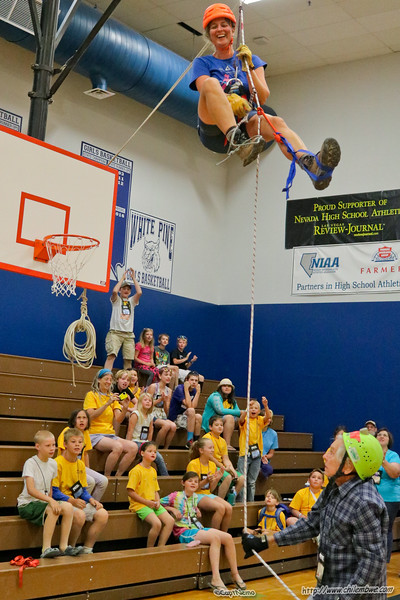 For that evenings entertainment I had signed us up for the 'Rockin Rollin Railroad' a geology field trip aboard the Northern Nevada Rail Roads authentic coal burning steam train.This featured presentations by local geologists covering railroad & mining history with a show and tell of ore samples from the Robinson Nevada Mining District. They did a great job telling us all about the geology of the area.They had some fascinating info about all the copper, gold, molybdenum and silver that had been mined in the area and descriptions of how we could see various layers from the Cretaceous where there was limestone as well as a host of other layers and minerals I must confess I missed as I was too busy geeking out on being on a steam locomotive. Running back and forth trying to find the best spot to get a picture while not getting covered in smoke and cinders proved challenging, but it was a lot of fun. 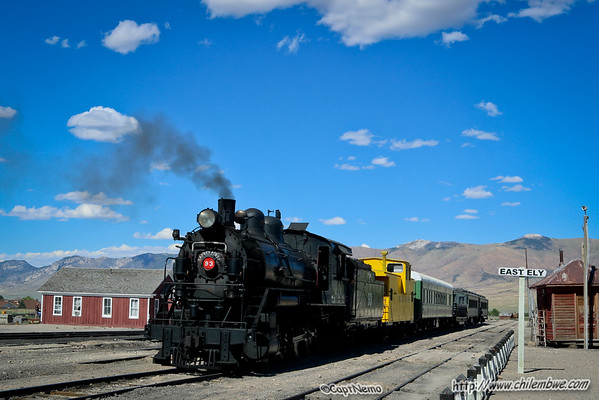 I made it back to my seat in time for the description of the Ruth mine and to see the samples of garnets picked up at nearby Garnet hill.

A mine is a hole in the ground, owned by a liar.
-Mark Twain

Wednesday and Thursday we spent mostly attending sessions at the High school though we did spend some time in town admiring the new Lehman cave mural done as a commission in honor of the convention and browsing the great caving pictures at the art bank gallery. I even picked up a copy of a murder mystery book about a murder at an NSS convention in Ely Nevada! ( The book 'An Unconventional Murder' by Nevada caver Gretchen Baker was very entertaining) 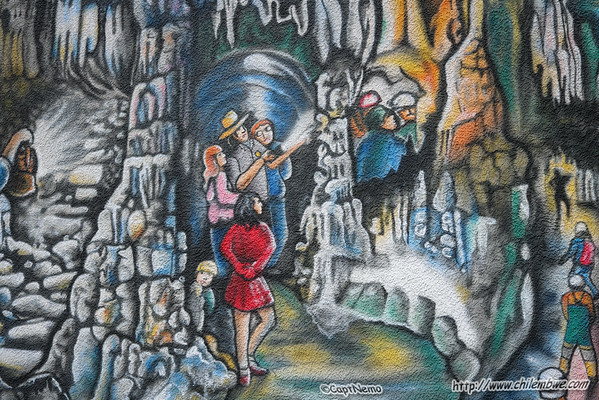 I left Mom and Dad at the motel to catch up on their rest while I headed down to the camp ground for the campground party which was great fun as usual. The canon firing was a nice touch. Though it had to end a little early because of noise complaints. 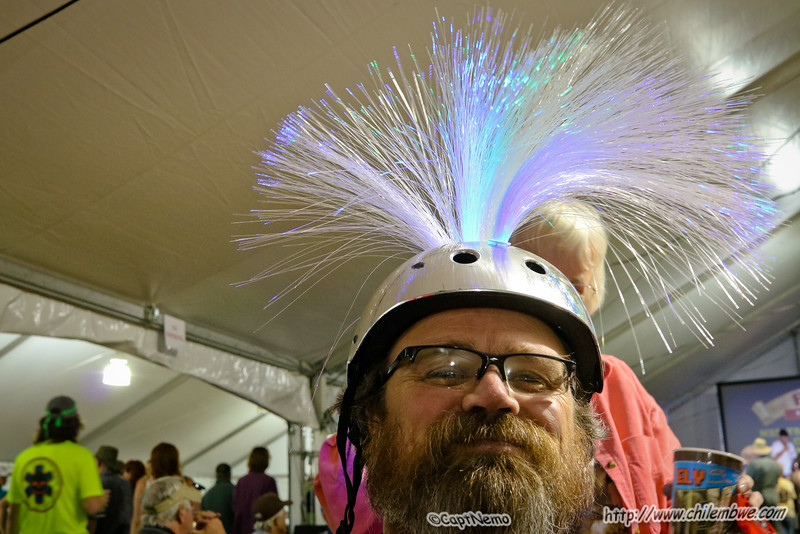 Friday morning we skipped the sessions and headed out to tour Lehman cave. 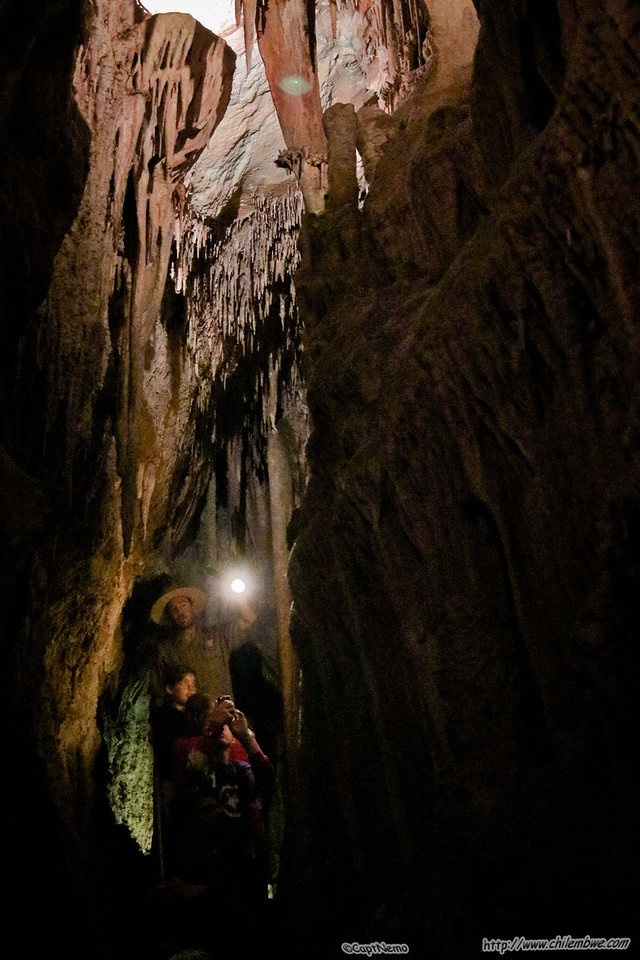 On the way back we spotted a couple elk standing by the roadside and we took a small detour to visit the charcoal kilns. We also stopped to see these guys by the roadside. 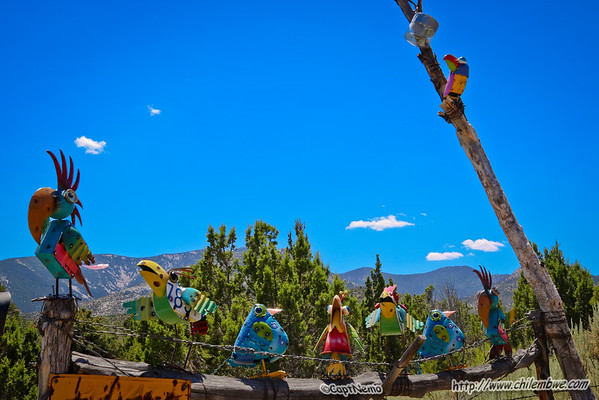 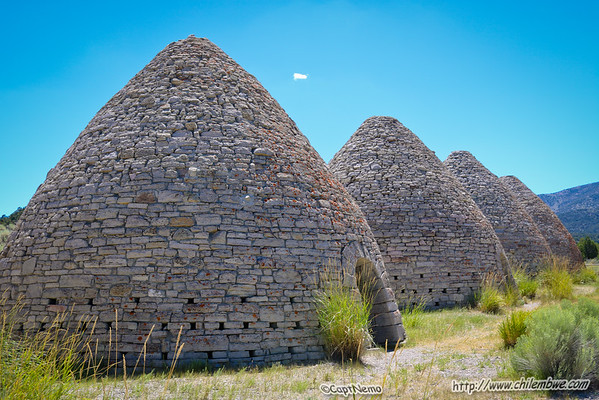 We made it back in plenty of time to get ready for the banquet dinner and awards ceremony. 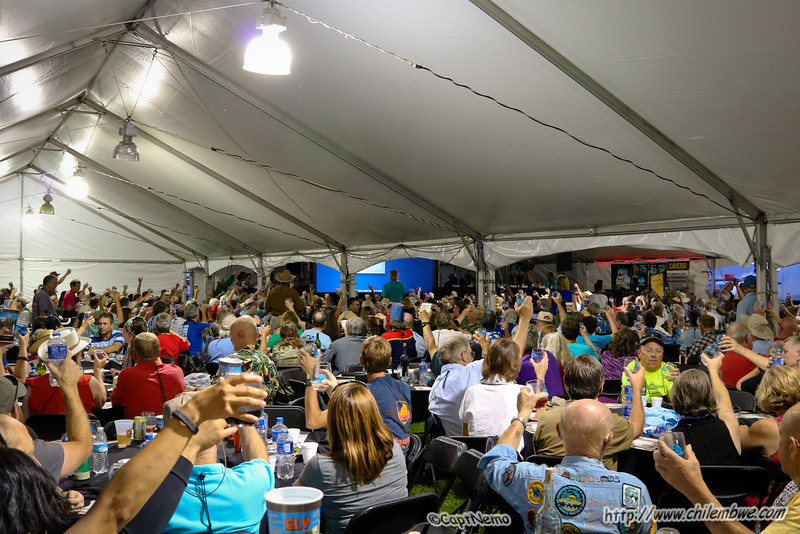 It was another wonderful convention and I look forward to attending many others!