I've been waiting a few years to make the trip to the Palouse area of eastern Washington/western Idaho to capture the beauty of this unusual terrain. The wheat and canola infused rolling loess hills can create a magical portrait of color and texture, and they almost didn’t disappoint. Due to the unusual wet winter this year (winter 2016/2017), the wheat fields were late to be planted and the yellow canola fields were still barren. Hence the lack of yellows and emphasis on green and tan.
I was told numerous times, that lighting is the most important thing with dealing with this landscape - early morning (like sunrise) and around sunset are the optimum times. Well, I failed on the timing terribly, didn't get the right lighting to emphasis the rolling beauty, but still had a good time. And as fate would have it, blue bird skies prevailed until the day we left. Once we were gone, the northern lights, thunder storms and rainbows galore moved in.

1) From Steptoe Butte (1000 foot butte in the in the middle of the landscape) - the green fields are wheat and the brown are being worked for either wheat or canola.

2) Tractor working the field - the large machine is dwarfed by the size of the fields.

3) And still from Steptoe - Idaho Syringa (the state flower) with a farmhouse in the background.

4) Some fields from ground level 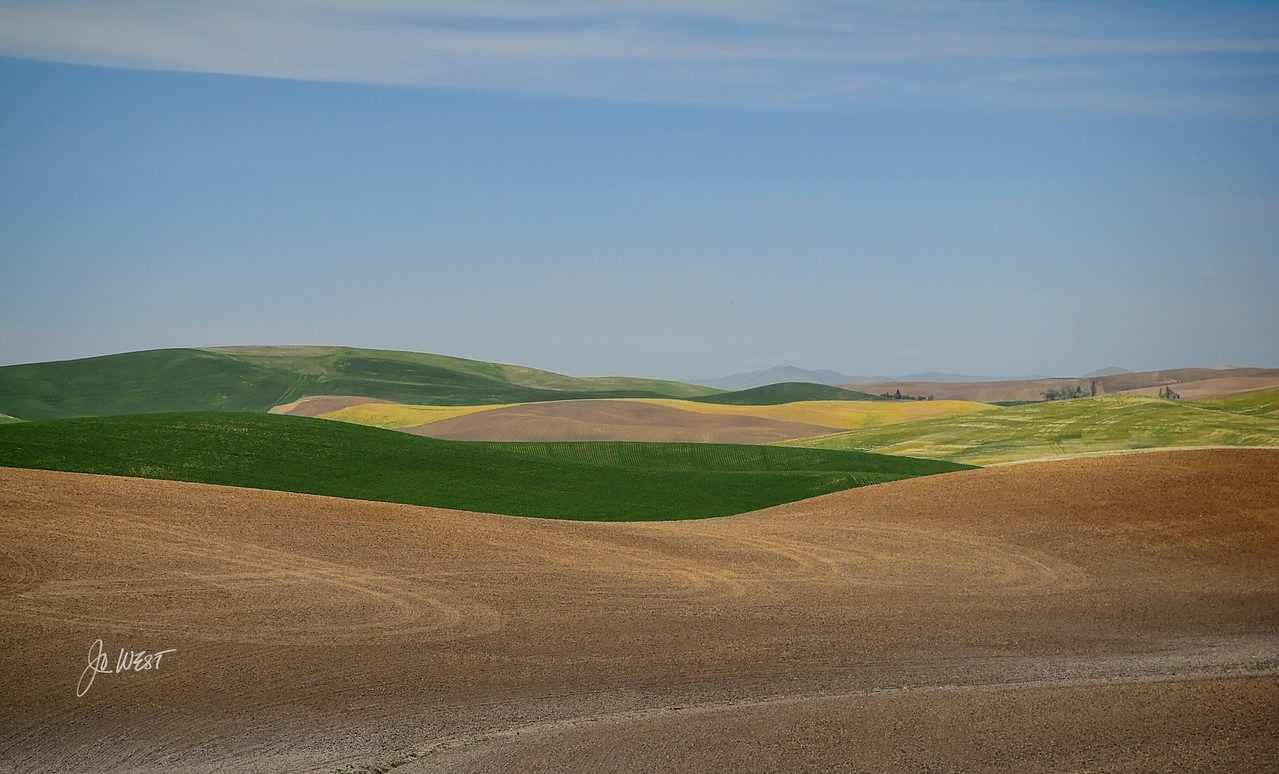 5) Lots of interesting architecture - and some outstanding red barns

6) The Palouse Falls are Washington's State Falls (not sure why since there are more spectacular falls in the state). They seem to come out of nowhere, then the Palouse River continues through a lovely canyon.

7) Had some fun with crop dusters as well. 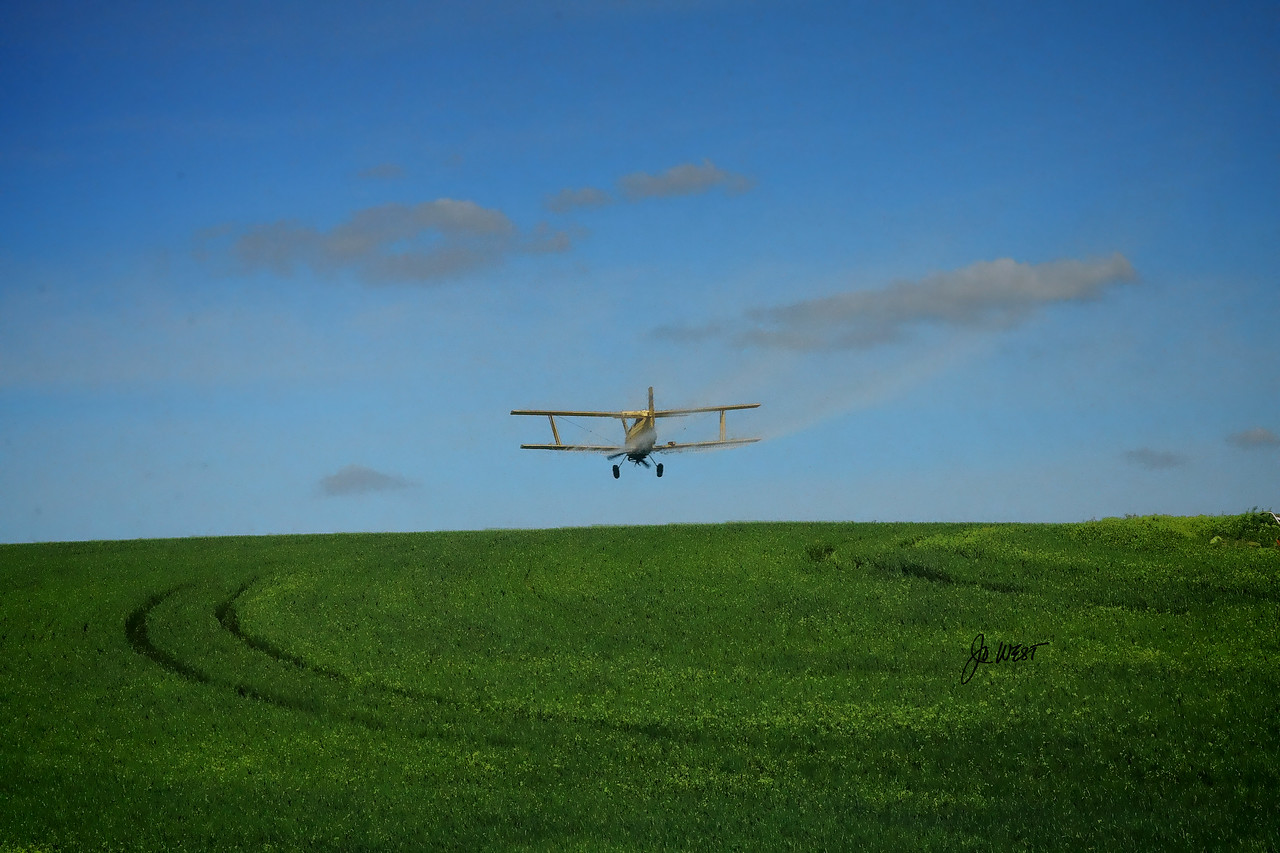 8) South of the Palouse area as we were driving through Lewiston, Idaho, we saw some of the most beautiful dogwood trees. It appeared that most residences and a lot of businesses were proudly nurturing pink and white dogwood trees. 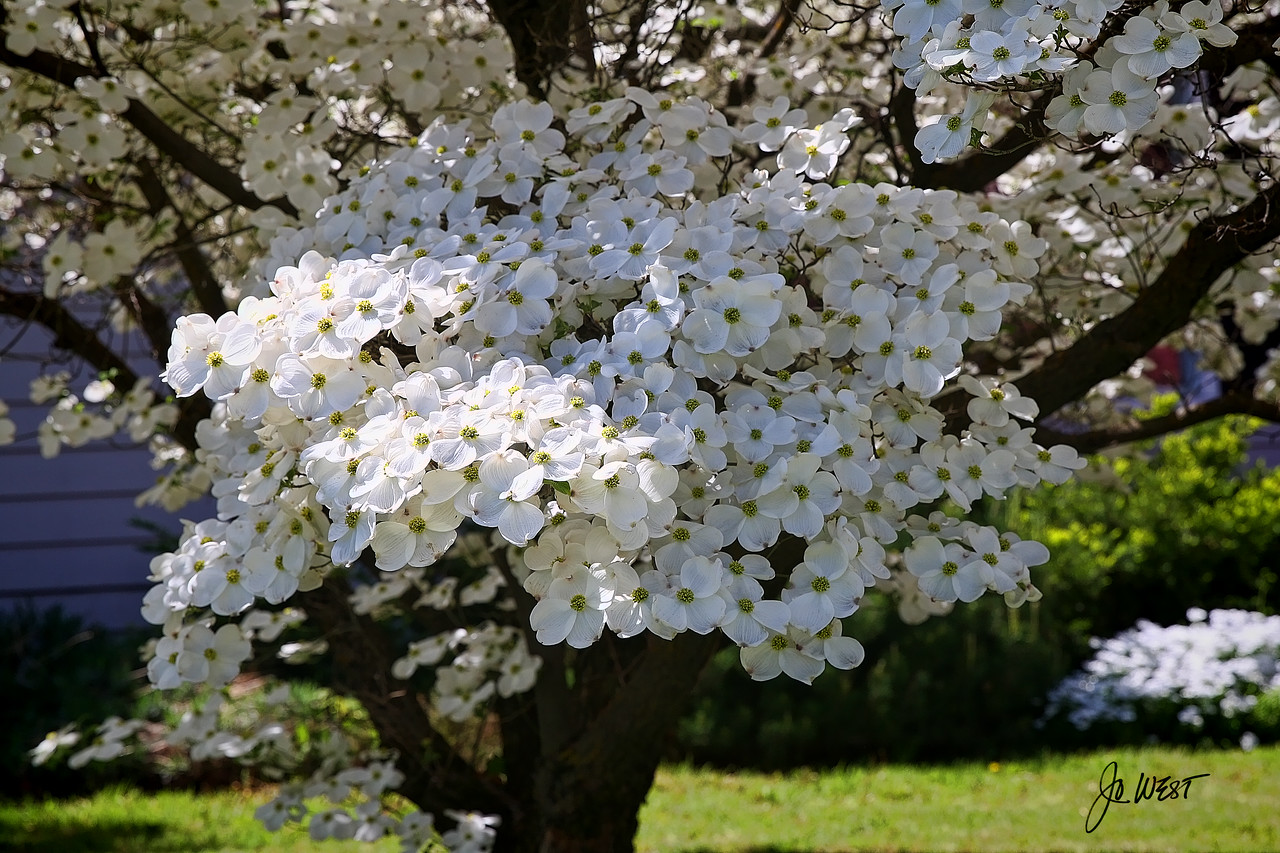 9) Dayton, Washington proved to be a very pretty town with some interesting architecture and I loved the Rail station statue. 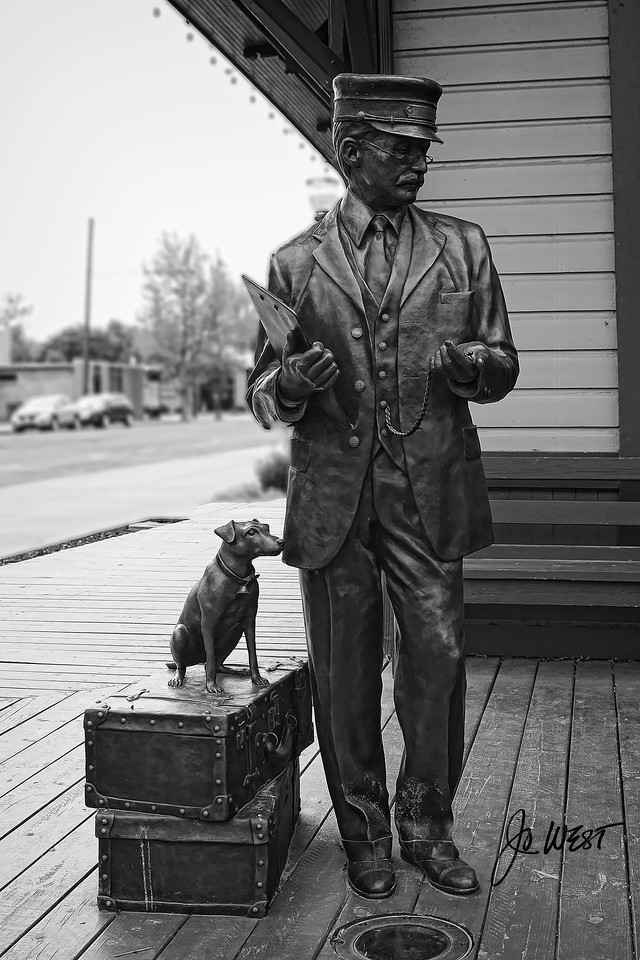 It turned out to be a long drive, but a fun trip. Photographing the Palouse is challenging, so I'd like to go again in the Spring and work the sunrise/sunset timing better. The optimal times to visit the Palouse are in the Spring for the planting of wheat and canola and then in the Fall during harvest. A lot of photographers descend on the area year round, and the locals cater to them. The only thing they really ask is that property rights are respected and that they be asked if one wants to wander the fields for the right shot.