On Friday we released an update to the Lightroom Plugin (my apologies for the delayed release notes). It included some improvements for customers who are attempting to sync their photos and result in multiple conflicts that need to be resolved. For example, some customers were seeing hundreds of conflicts the first time they attempted to sync photos and would have to hit "resolve" hundreds of times. We've made things a lot easier.

1) There's a new setting that only looks for similar filenames when attempting to sync photos, instead of looking at additional metadata. This will make it so the sync conflicts rarely occur. Use this with caution as it means you could end up linking photos with similar filenames that are actually different (for example IMG_0001.jpg taken on 1/1/2017 and IMG_0001.jpg taken on 6/4/2019). 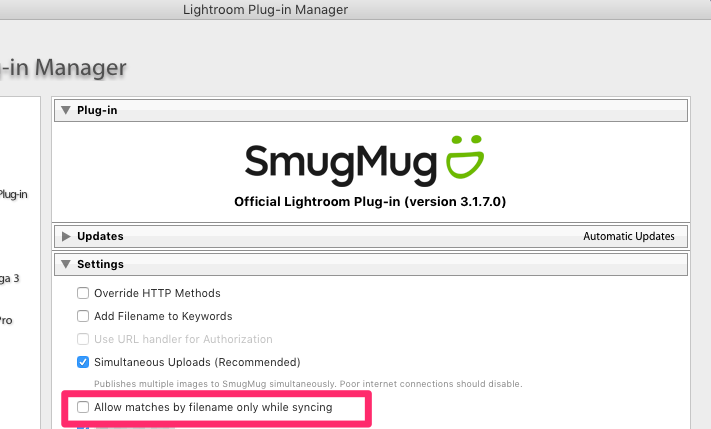 2) If a large number of conflicts does occur, you can now select "Apply to All" to have the action (Match or No Match) apply to all the conflicts. This will save you from having to select multiple times. Use this with caution since Lightroom makes it very difficult to unlink photos if they're not properly linked. 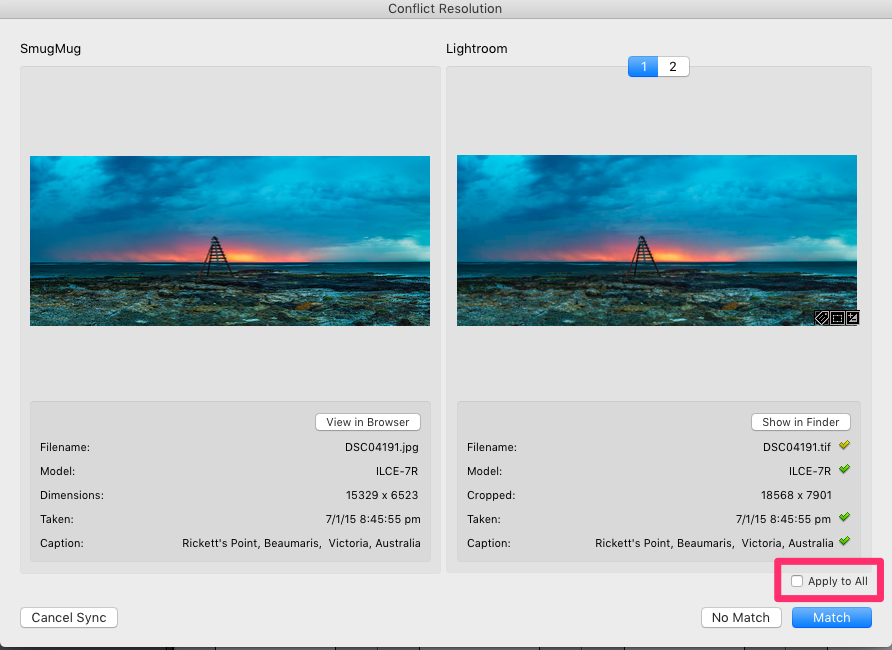