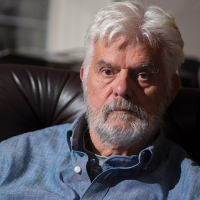 "Outlier" was one of the two boats built in the Brooklin Boat Yard this past year. I've posted a few pictures over the past few months of the work in progress. She was launched today. I couldn't stay to the very end but I enjoyed shooting the activity preparing for the launch.

Yesterday she was next to shop getting her enormous mast set by an even more enormous crane.

The final sprucing up for launch was underway this morning under a much drearier sky, . 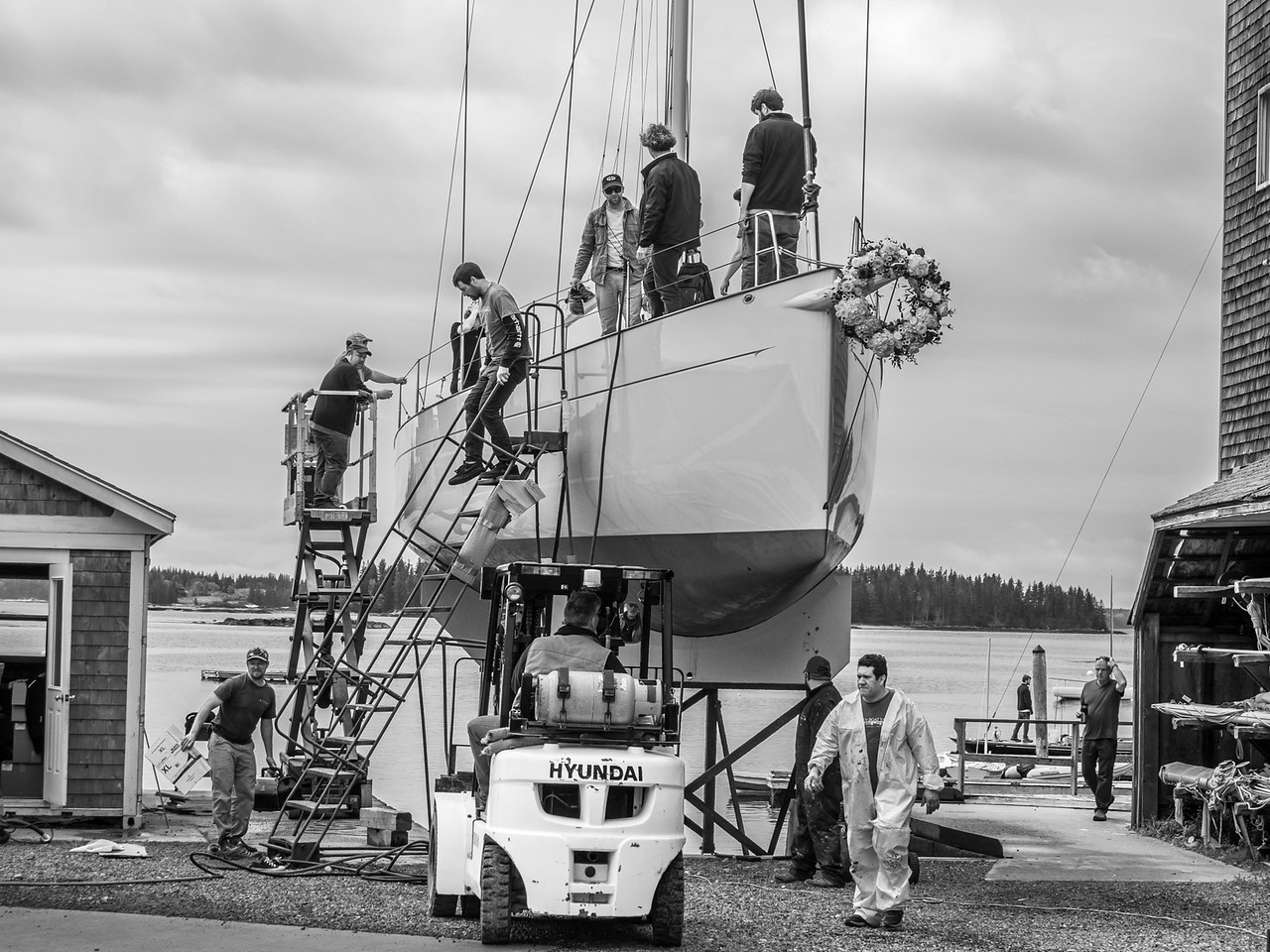 The hoist moves into position

The carrying strap is pinned together

The support structure is disassembled and moved out of the way. The hoist will move toward the camera to a different launch dock. 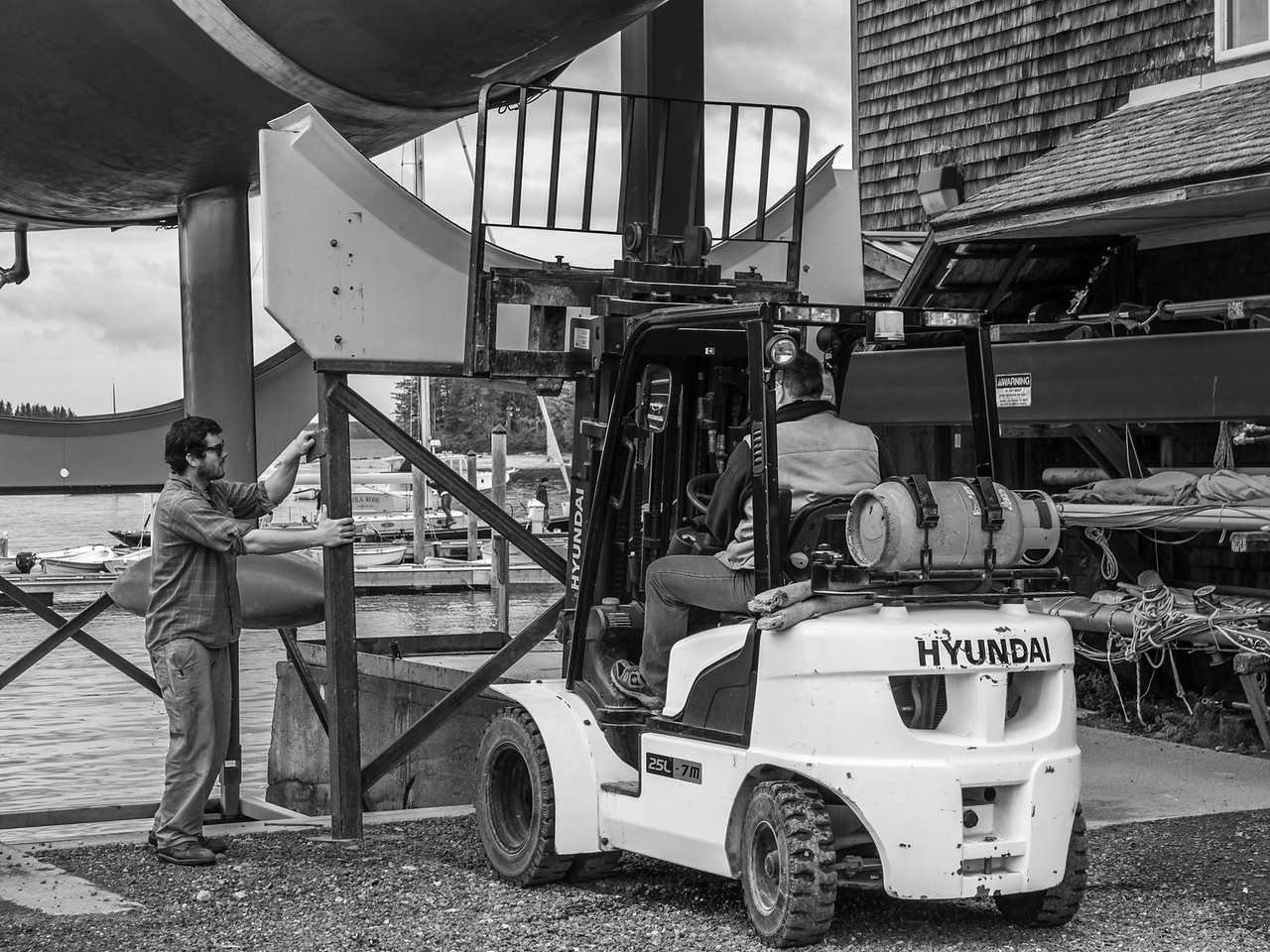 At the launch dock

View from the shop where she was built 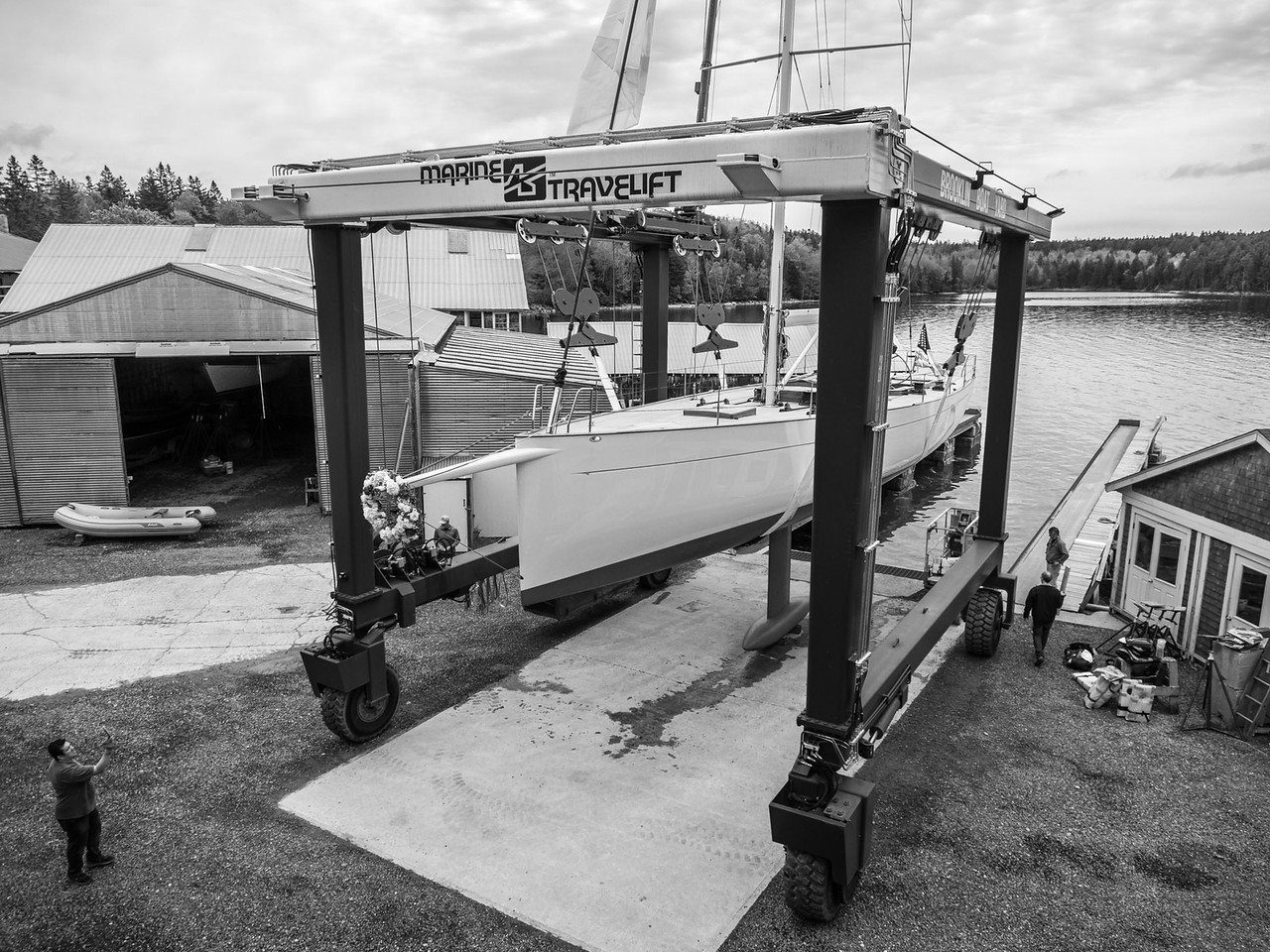 At this point there is food, booze (for the guests) and speechifying for a couple of hours until high tide. Owners families, naval architects from Spain, subcontractors for major subsystems were all in attendance. But I had a dentist appointment and they are hard to come by around here so I left. Most of the more interesting work activities were done. "Outlier" will be at the dock for several weeks while they take her out on shakedown cruises. 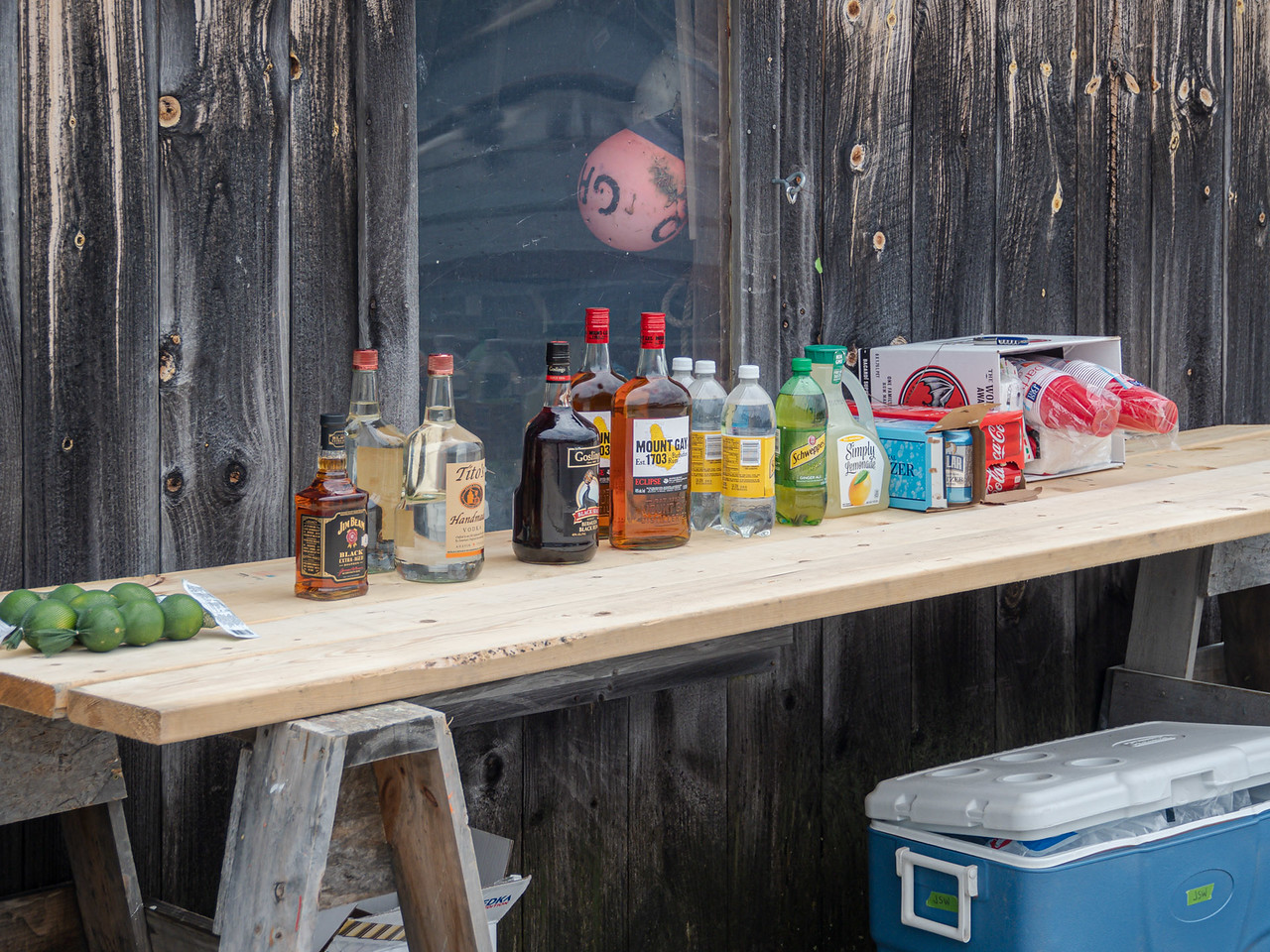 You can read more about her here. She apparently didn't have a name when that page was written.