We have experienced some very windy weather. A 20 foot Sumach tree adopted an angle of 45 degrees to the vertical two days ago. Yesterday afternoon it increased that to 90 degrees.

It had been a warm, sunny day. The wind gusted strongly all the time, pausing only for two or three seconds at a time. I had made several searches of the wilder part of the garden but found few insects, none of interest.

So, having been busy with my chain saw, I was taking a wheelbarrow loaded with freshly-cut logs to the wild area. As I walked by the larger herb layer vegetation I saw a larger than usual fly on a broad umbellifer leaf. I took a close look and confirmed that it was a robber fly.

I fetched my camera but the fly had gone. Knowing something of the habits of such flies, I kept searching the area for a few minutes. I was rewarded by its return to a leaf close to the original one.

I got a (just about acceptable) shot from above then moved to try to get a head-on view but the fly took off. Waiting for the wind to drop had been an inconvenience and cause of delay.

Not discouraged, I extended my search to some Hazel leaves a short distance away. These leaves were being blown about violently but, to my surprise, about half of my exposures, at 1:1, were reasonably good, including a stereo pair.

The images have been cropped moderately. 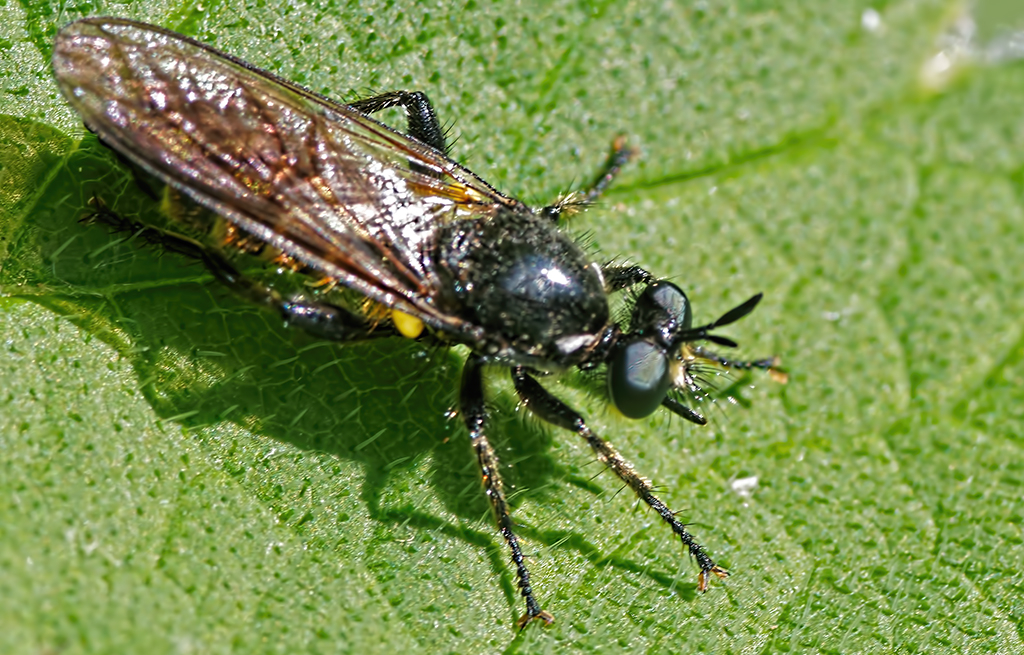 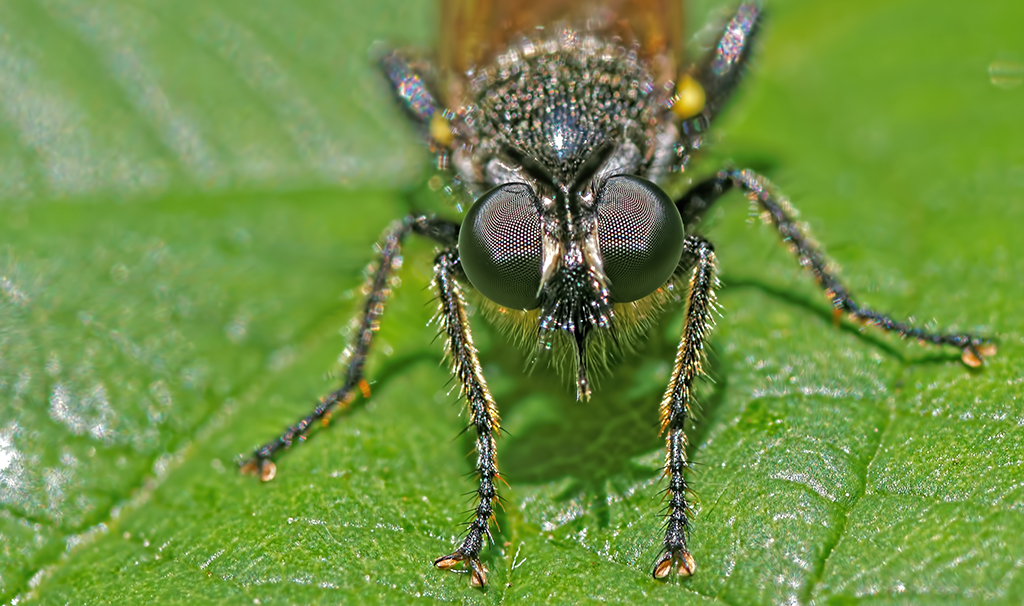 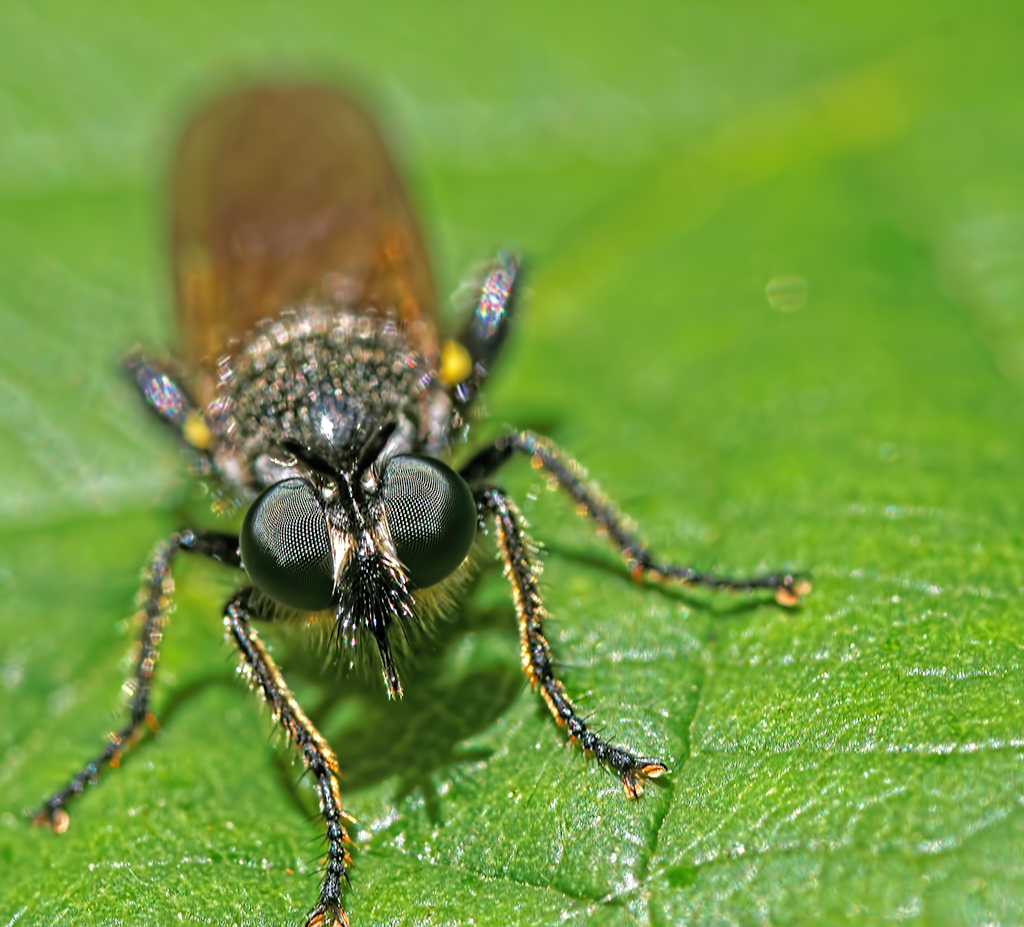