This is the second of the species I photographed, during a couple of hours, on my first visit to a local nature reserve which is said to have the most species of dragonflies and damselfly in the county. It is the BBWOT Decoy Heath.

This species (Coenagrion puella) is quite similar to the Variable Blue or Variable Damselfly C.pulchellum. Not all identification characters are clearly visible in the images.

The stereo is crosseye. (I had to scrap my first selection as the male had moved one leg, as in the single frame image, between frames. The two images were not shot as a stereo pair and they both had to be cropped significantly).

The web is probably of the Nursery Web spider Pisaura mirabilis 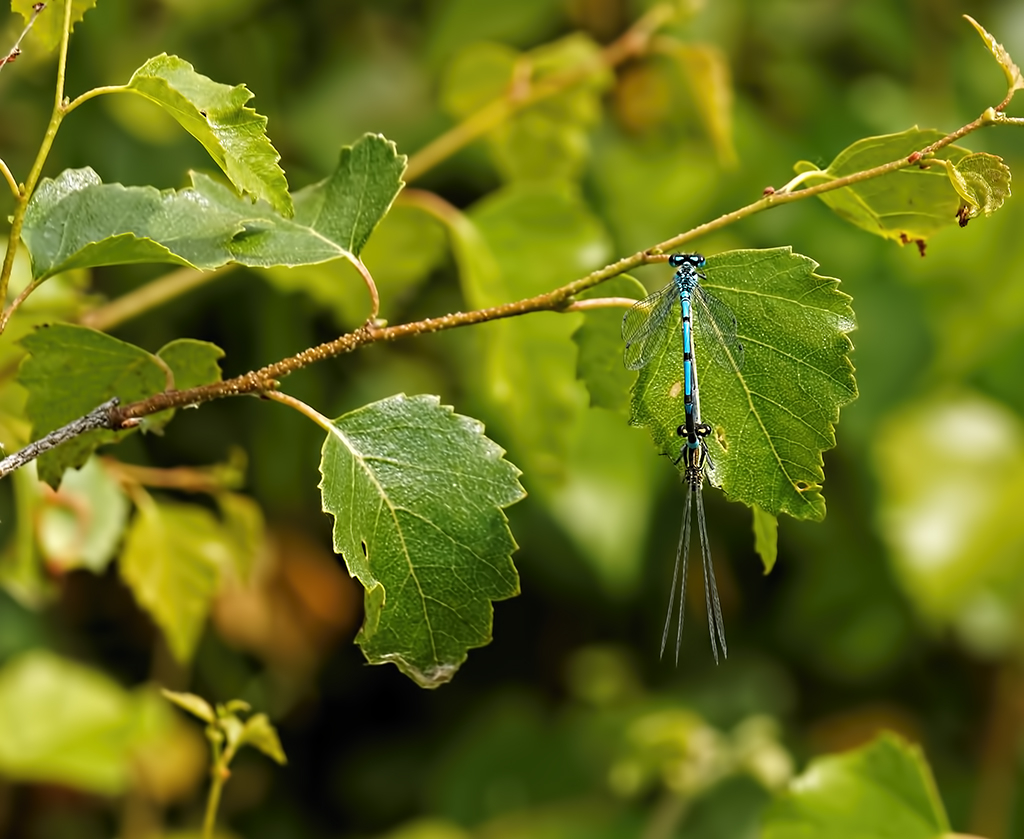 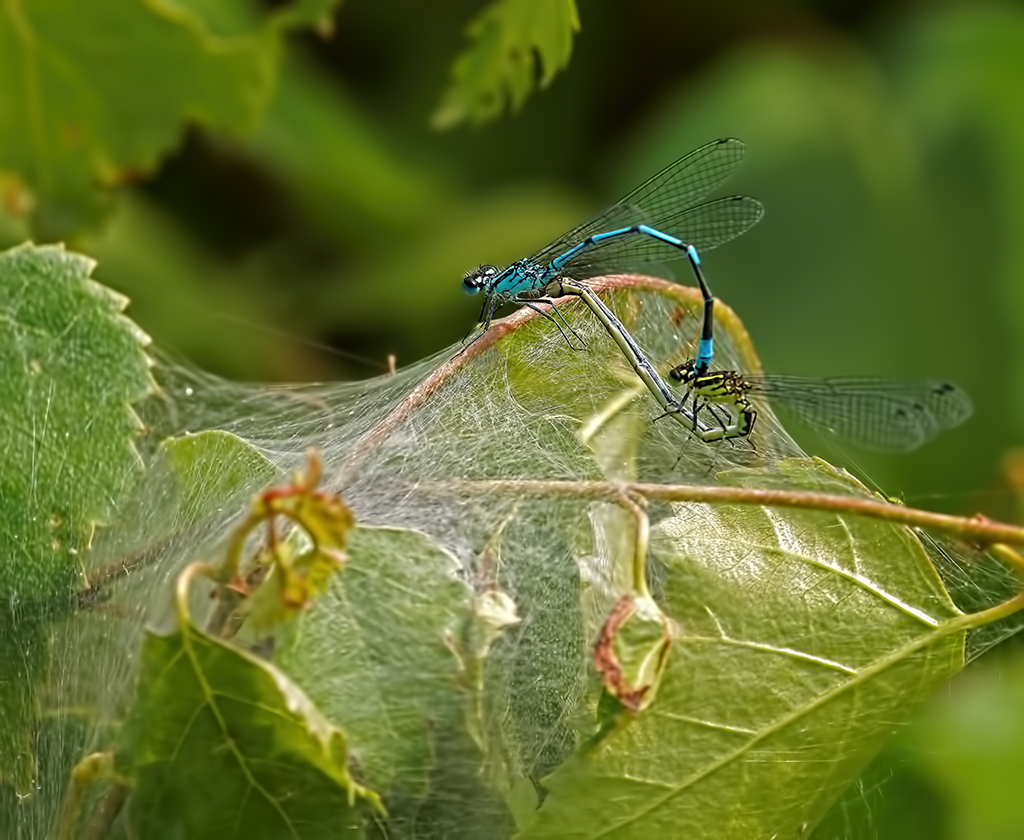