A Few Foxes and Gannets from Newfoundland June 2019

My spouse and I spent 11 days in and around St John's Newfoundland recently on a Muench Workshop with Kevin Pepper and Greg Vaughn - David Rosenthal was one of the planned Pros for this trip and I looked forward to seeing him again, but he had a cold, and Greg graciously stepped in as an alternate.

I have never been to the far eastern Canada area before, so I was expecting mostly foggy landscapes and light houses, not wildlife, but life sometimes has other plans for us. We spent a day at St Mary's - a local avian preserve along the south western portion of the island, photographing gannets. The gannet colony, and offshore island, was nicely viewed from a point on shore which was slightly higher than the colony itself. This offered the opportunity to shoots BIFS from above the birds, a view we usually don't get to see - usually we see birds in flight from the side or below. I got some interesting image. which I'll post a bit later, and as we were walking out past the visitor center, we happened to see three fox kits come out from under the wooden viewing deck there, and romp in the grass among the dead wings and spines of birds there were feasting on. These fox kits were VERY used to seeing people, and not terribly alarmed by our presence in the late afternoon sun.. Opportunities to see real wild wildlife up close and personal in almost perfect light are rather rare - I speak in jest here - they are very rare opportunities indeed. Here a a couple examples of what I captured. 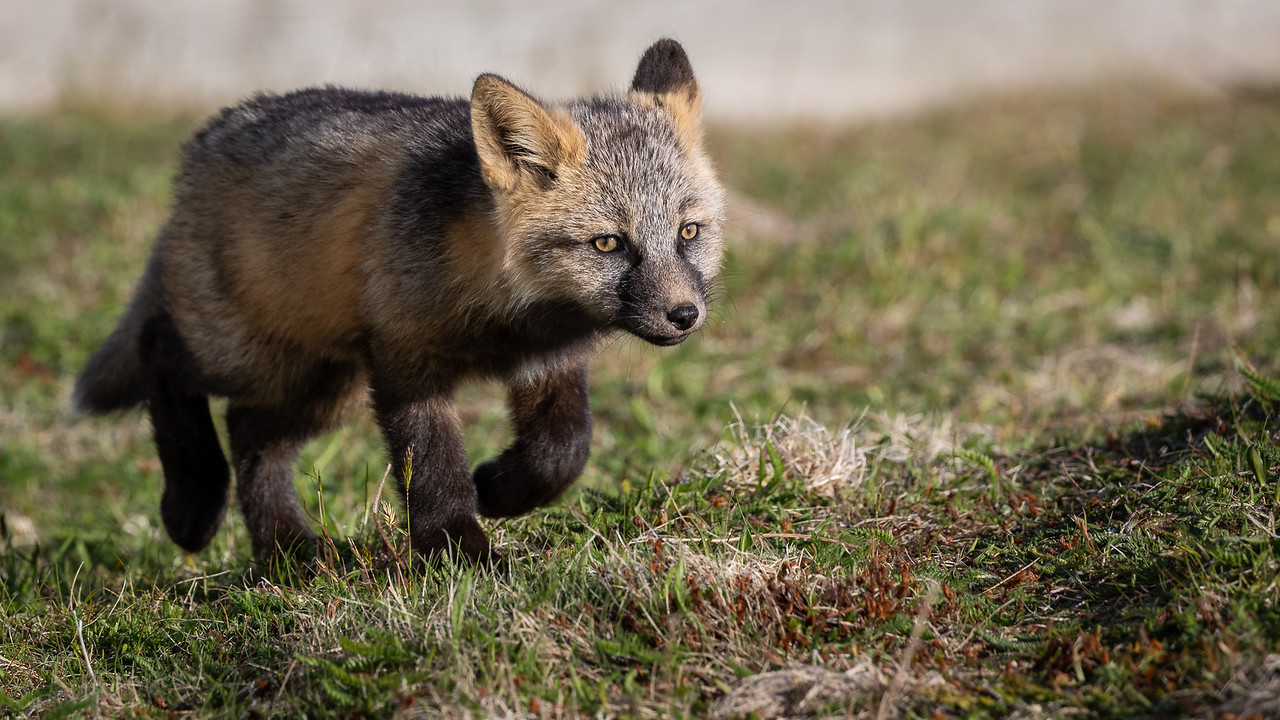 A couple days later were were chasing fog on the other side of the island,and heard a rumor about a litter of foxes under a shoreline storage shed, so we we went searching for it, and found it. The light was much poorer, grey, overcast, foggy even along the shore, and these kits were more "wild" and far less tolerant of people nearby or anywhere. They lived in a small community, so they were aware of people, but very cautious about them

This first image is a red fox kit cautiously sticking its head out from under the shed to see If it is safe to come out and explore. The den under the shed was not the primary den, but a resting place away from momma we were later to learn

Moderator of the Technique Forum and Finishing School on Dgrin
0