Next Stop the Tea Rooms

An early but sunny start for the trams on the road up at Crich Tramway Village in Derbyshire, UK. This one stopping at the Rita's Tea Rooms for a well earned break.

The tower on the rock face high in the background is Crich Stand, a memorial to the men of the Sherwood Foresters Regiment who died in battle, especially Word War I. The arched bridge is the Bowes-Lyon Bridge named after the Queen Mother and was moved from Stagenoe Park in Hertfordshire and rebuilt at Crich Tramway in 1992. 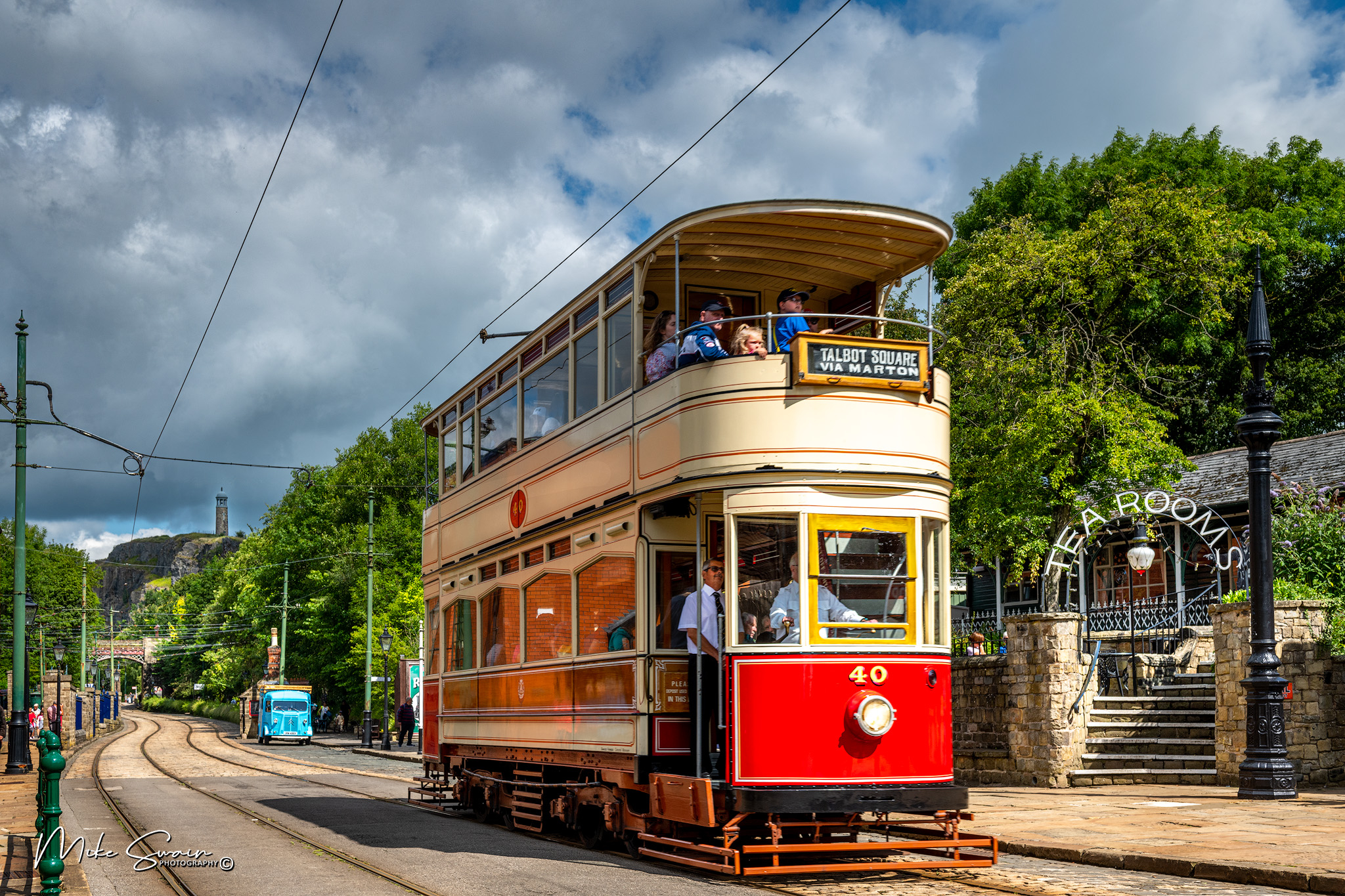