I Thought I Was Being Watched

Today, as I do every day, I visited our little copse of native trees at the bottom of the garden. One of them, a Silver Birch, has been dead for several years and is gradually rotting and crumbling. There have been various insects burrowing into it but nothing else of immediate interest

Today I looked at the trunk and saw the strange sight shown in the first image. There were two, eye-like, white domes, each with a dark, flat central disc. Their diameters were 32 & 40mm.

I had no idea what these were until I looked at the texture of the "white". Then I realised that they were two, time-coordinated, unusually small [i]Fuligo[/i] slime moulds. Last year there were several, successive, very much larger, colonies on the nearby pile of wood chips. 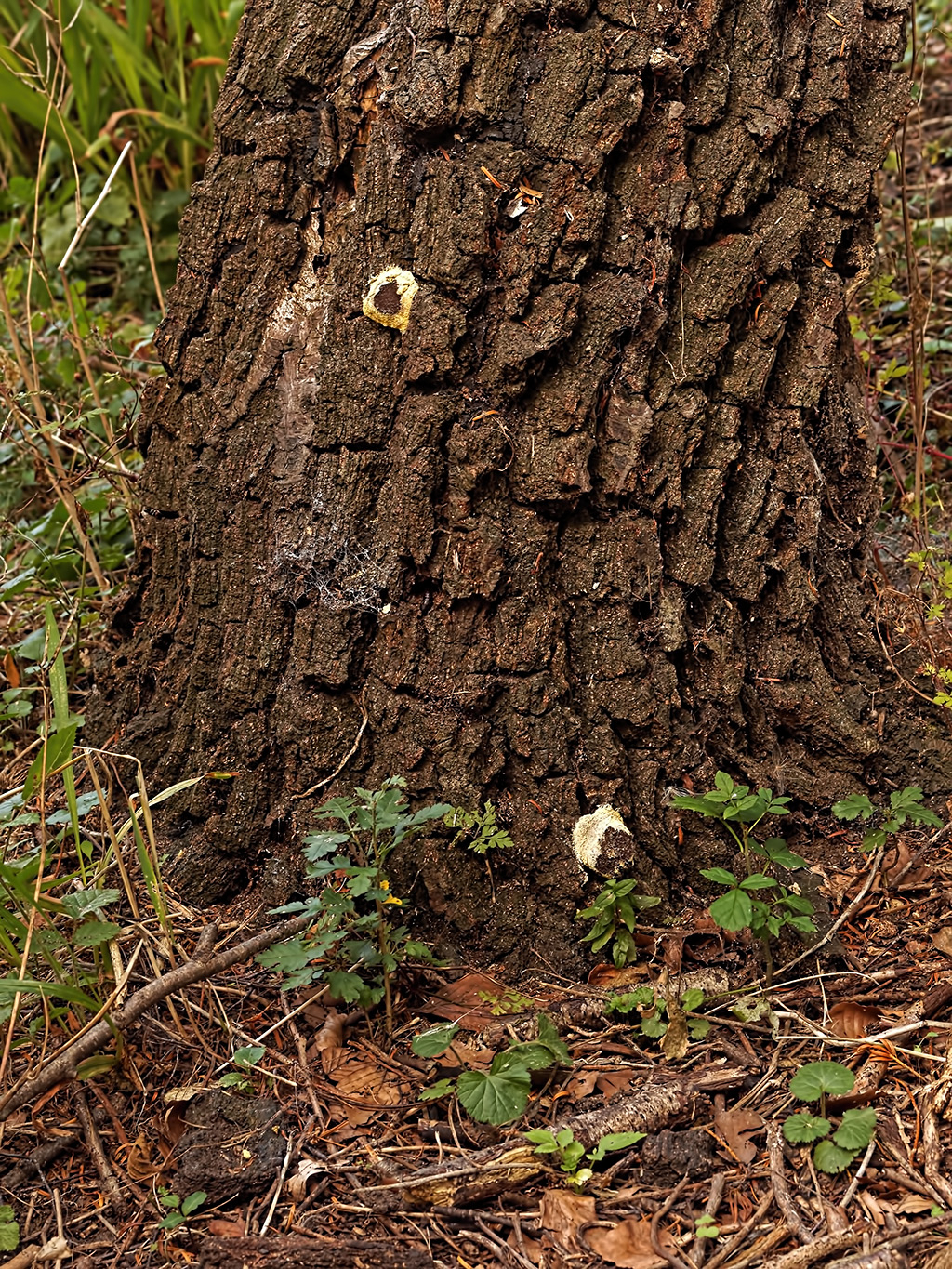 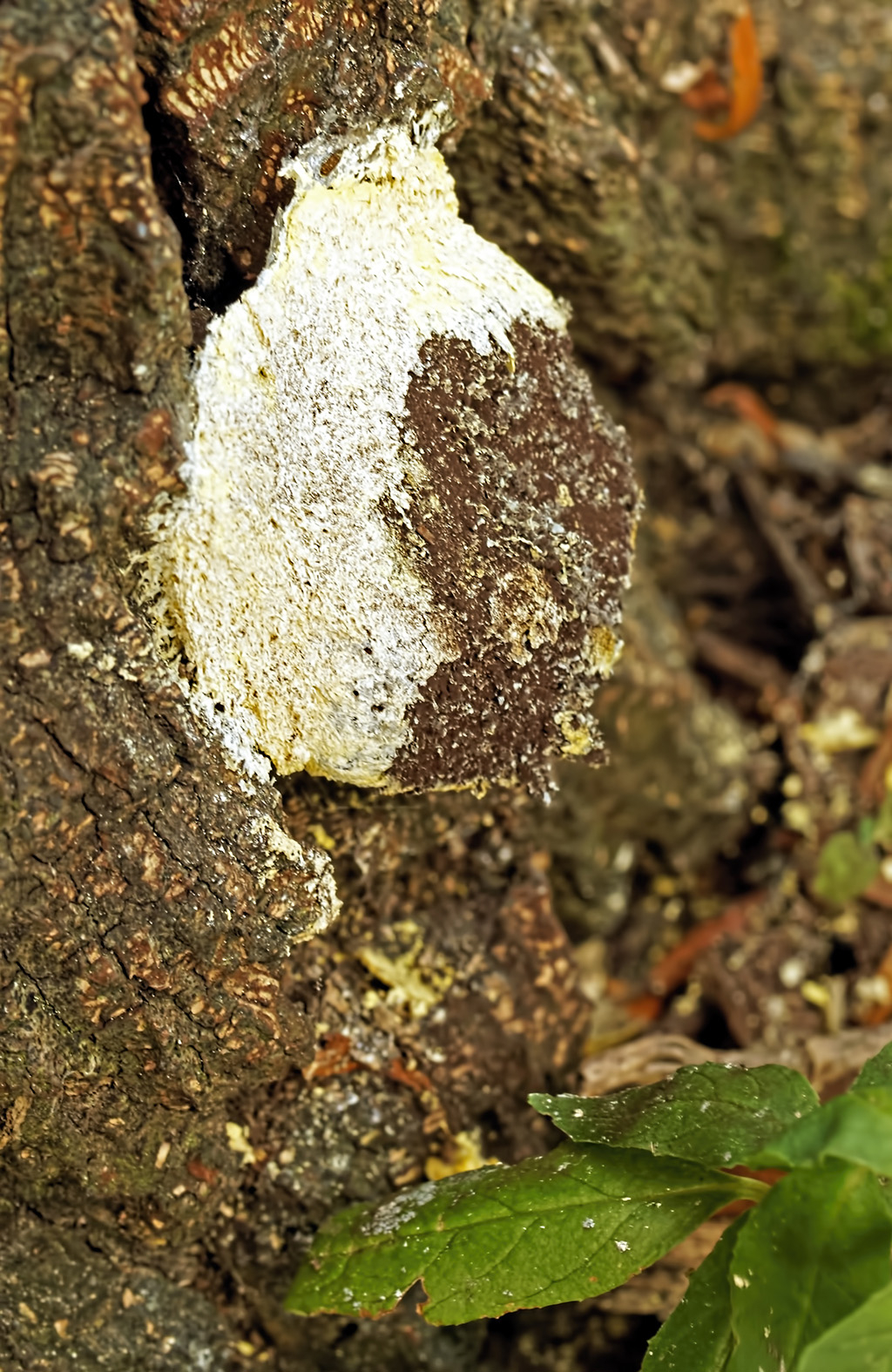 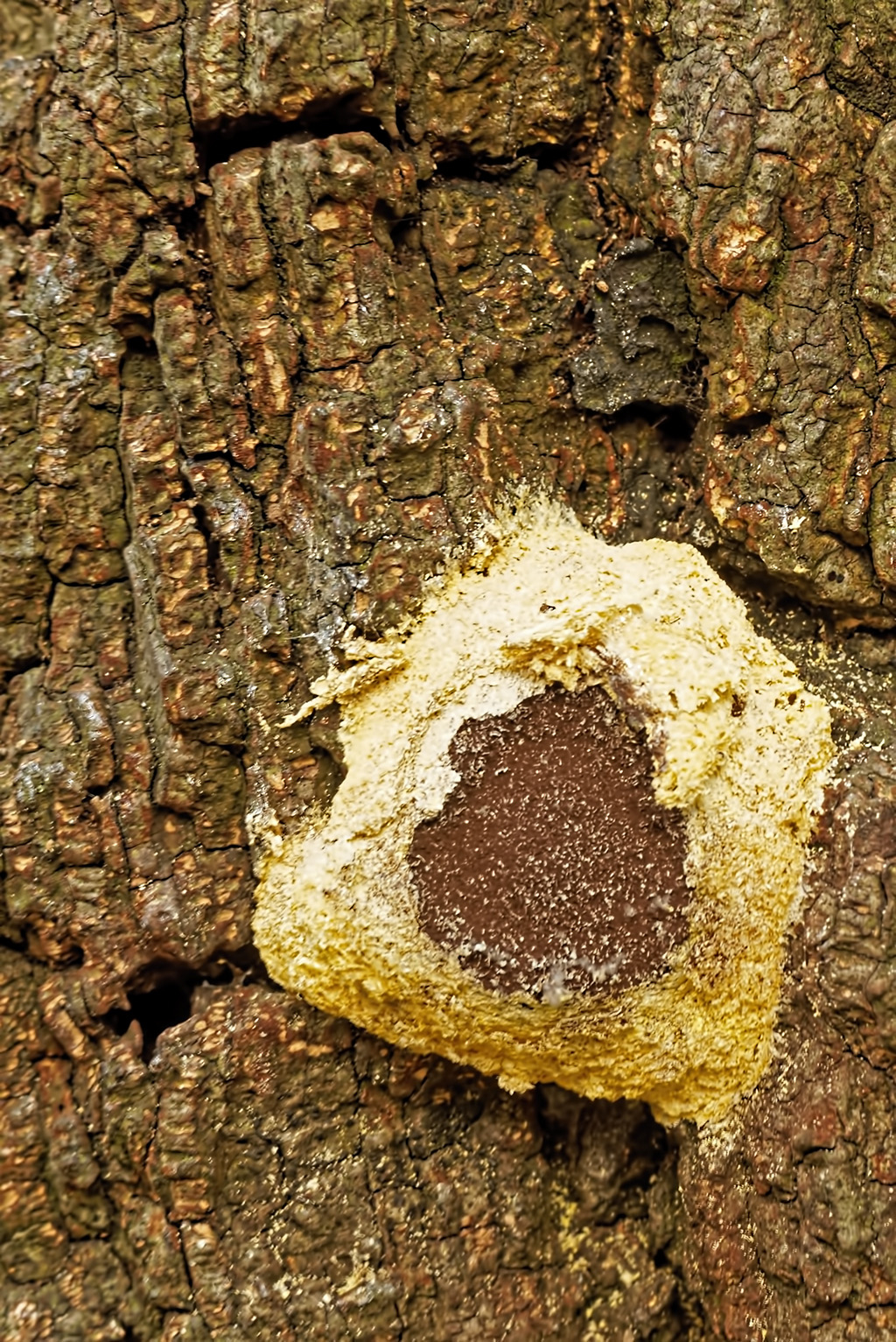