Nectria coccinea and Its Immature Form

Three weeks ago, we visited, at my request, Pamber Forest (half an hour from home) for a fungus survey. My wife and I, often accompanied by enthusiast friends, used to collect mushrooms there and learn to recognise them. This was nearly 40 years ago. Those visits would have been in late September or October but I was pleased to be there again, this time with experts in the party.

I picked up a detached piece of bark and saw tiny white bodies which I thought were a certain Ascomycete species but a closer look showed them to be something new to all of us. They were well under 1mm across and looked like cones of white glass fibre, each topped with a dark, nose-like protuberance.

I took the piece of bark home and photographed them at various magnifications on a number of days. They reminded me of certain slime moulds but only in general form. It seemed more likely that they were fungi.

Nearly three weeks after finding them, I took further photographs, hoping for some kind of metamorphosis. In doing so, I spotted some brownish, spheroid structures in tightly-packed groups. So, there was a slime mould element at least.

Close examination, via my lens, showed these to be fruiting bodies of Ascomycete fungi, a species of Nectria. They were not the one frequently found, N cinnabarina but fitted well to N. coccinea.

I had two types, both with the “noses”, the white, filamentous ones and the spherical, coloured and sculptured ones. During the final session some of the white form were showing a feint pinkish colour developing.

Finally, I found some of each type in close association.

The difficulty identifying this species was the complete lack of any images of the white stage in any of my books or on specialist websites. 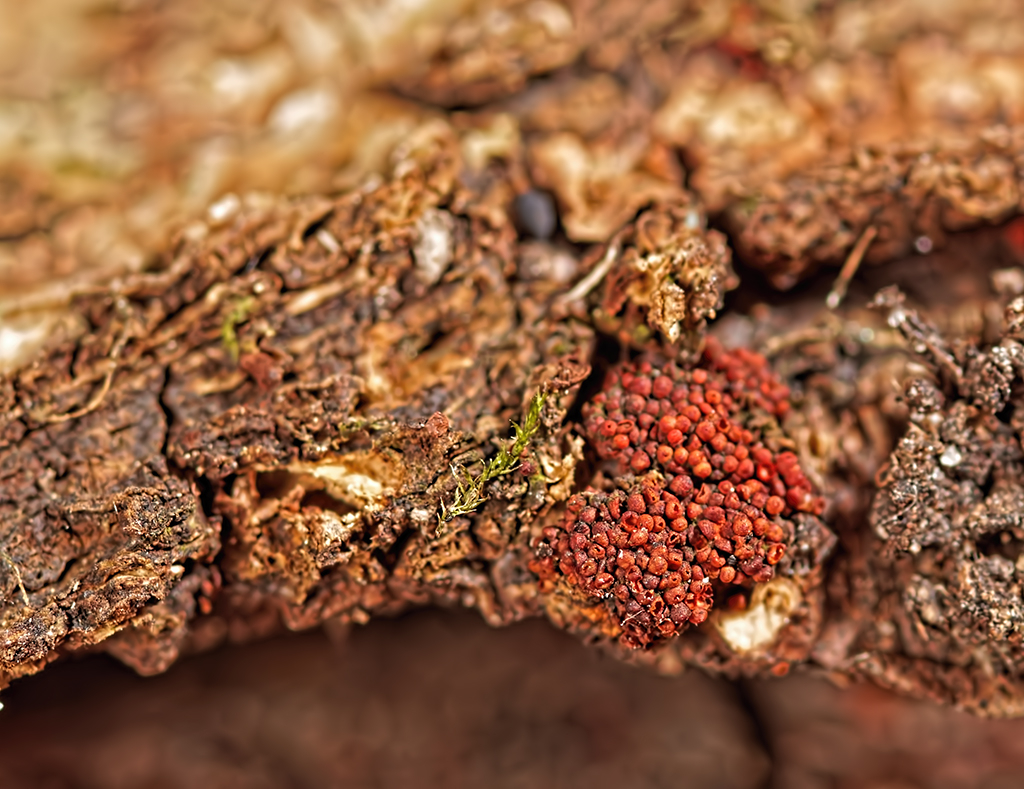 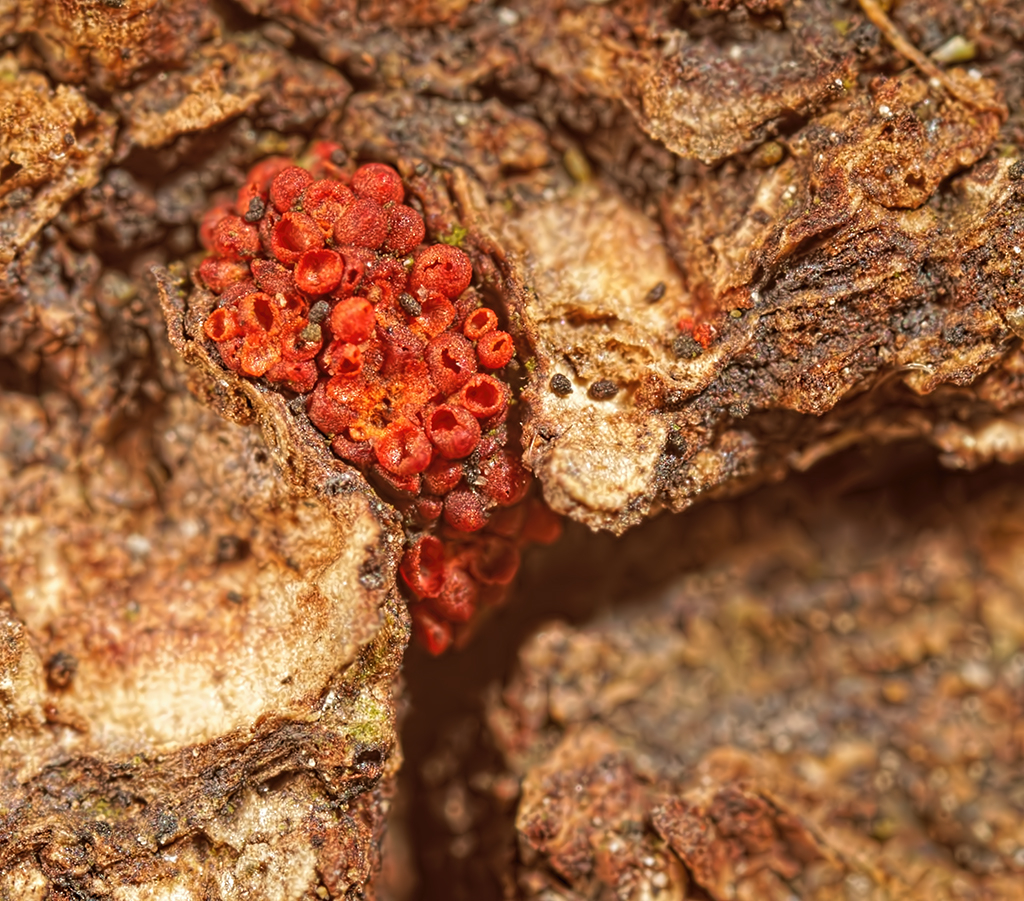 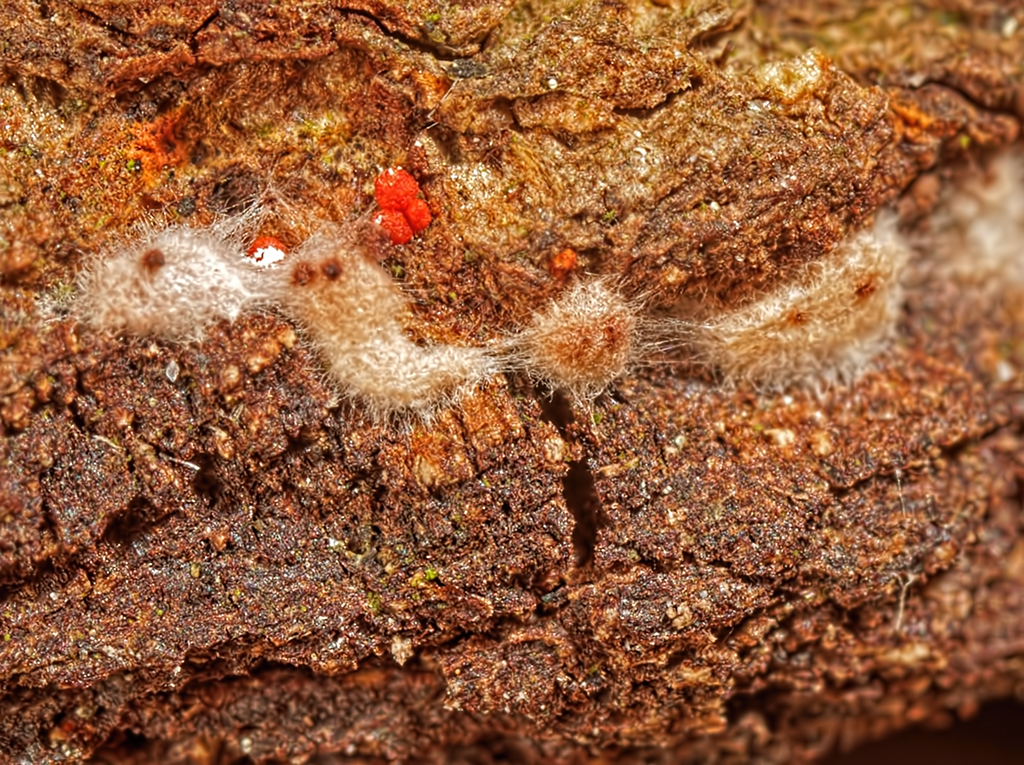 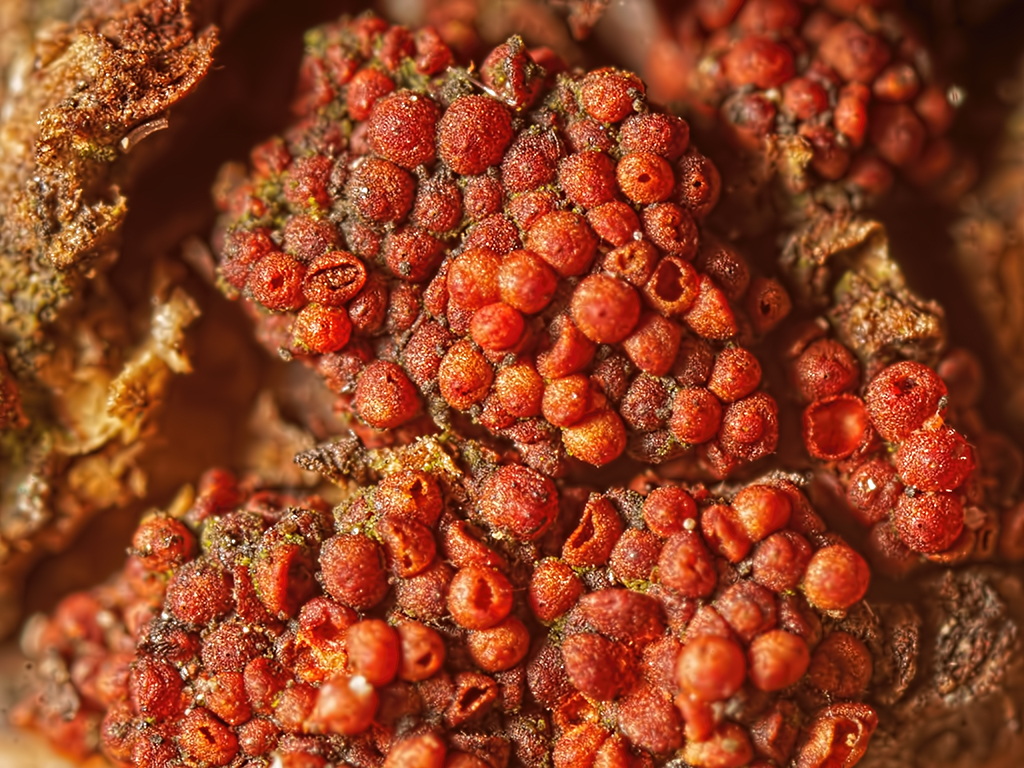 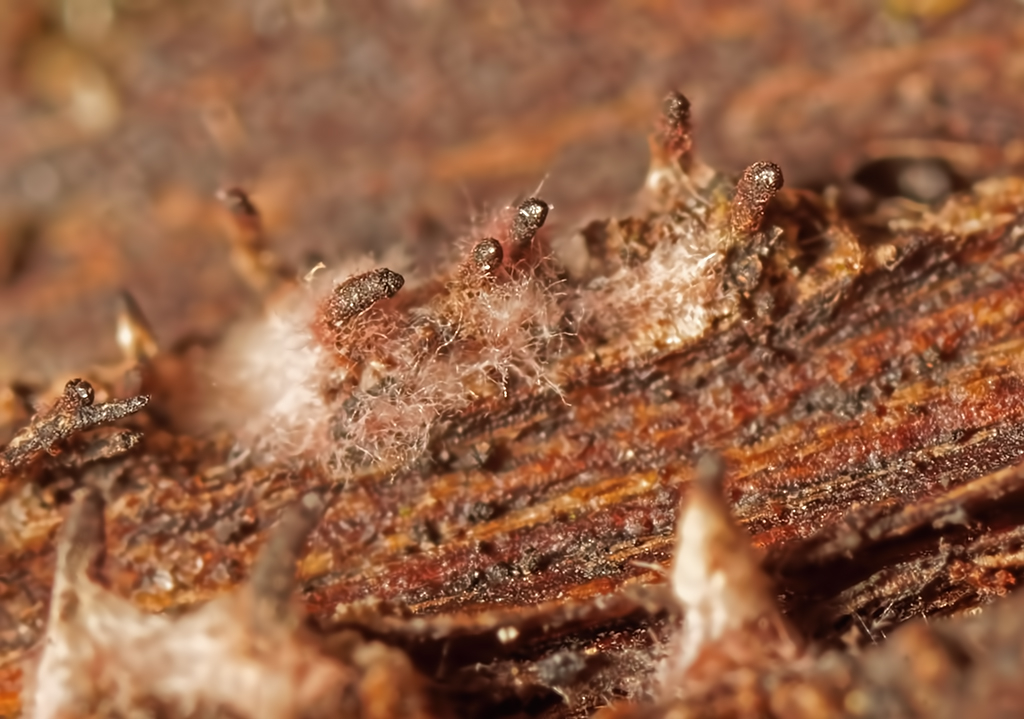 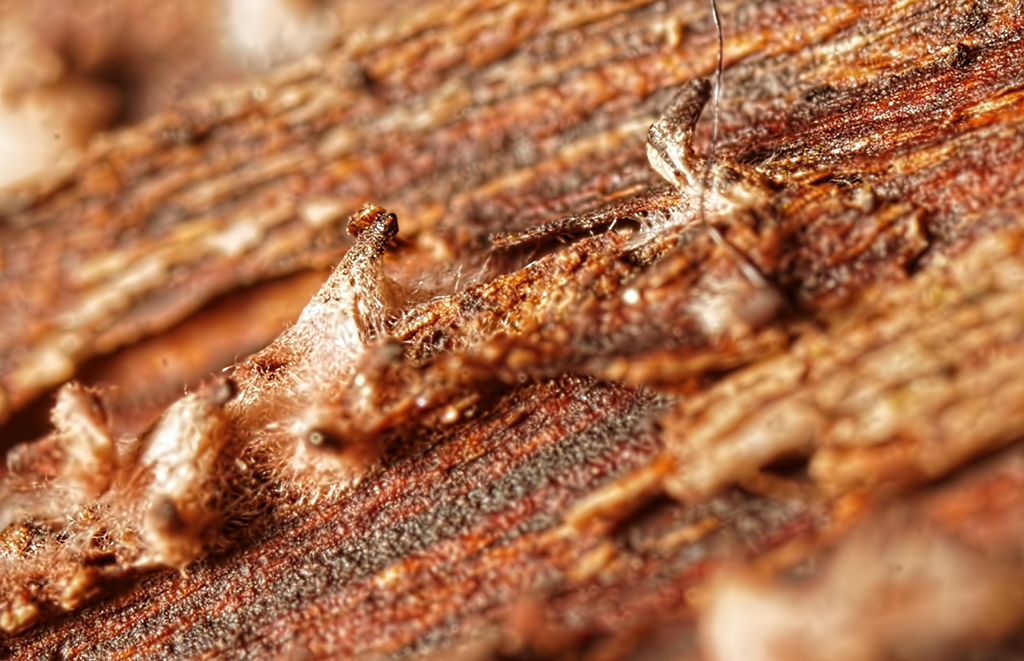 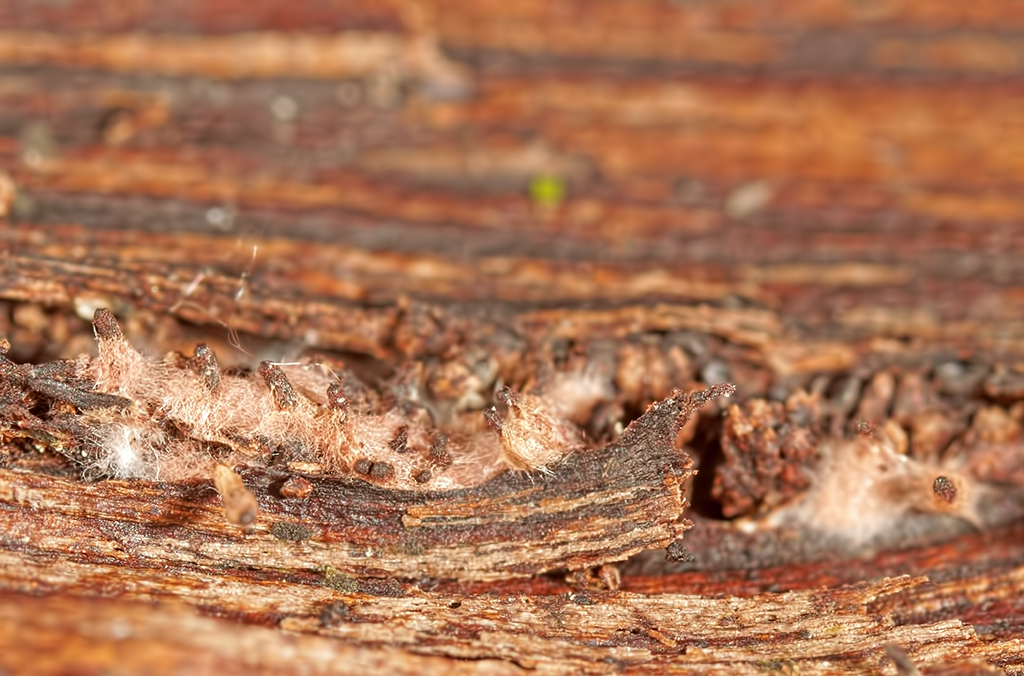