I Found Gold in the Woods!

I was on my first visit to Padworth Common Nature Reserve, half an hour from home. It is a mainly deciduous woodland, with lots of deep leaf litter and rotten, fallen wood. Even so, I found only about a dozen mushrooms.
However, I found two colonies of slime mould of different species.

This colony caught my attention when I saw the intense yellow in a crevice in the surface of willow bark. When I photographed it in my home, outdoor "studio" I could see it was quite different from any I had seen before. In particular there was the rounded but quite deep sculpturing.

At the moment, I don't know the genus. 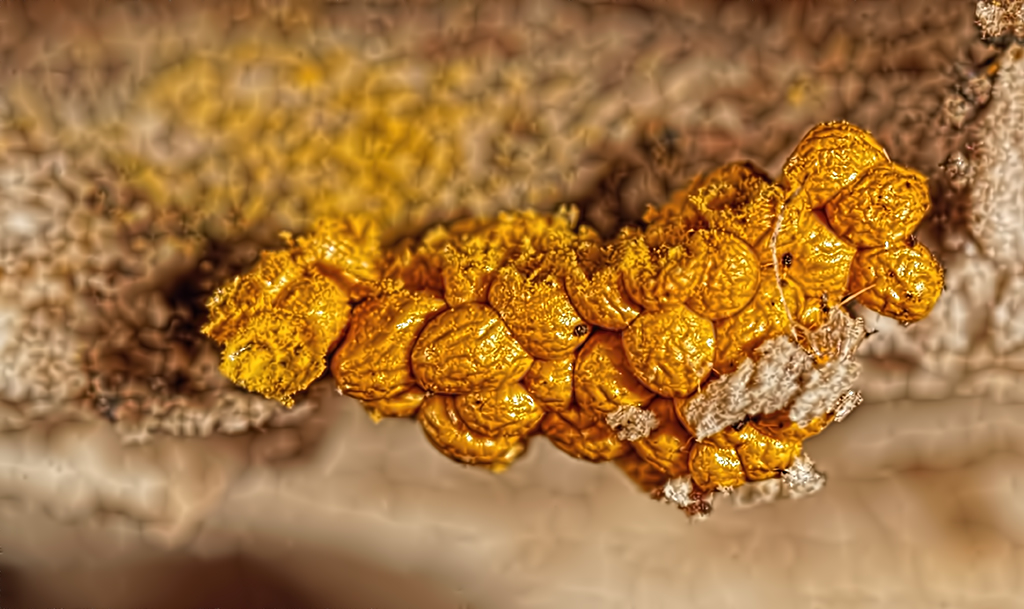 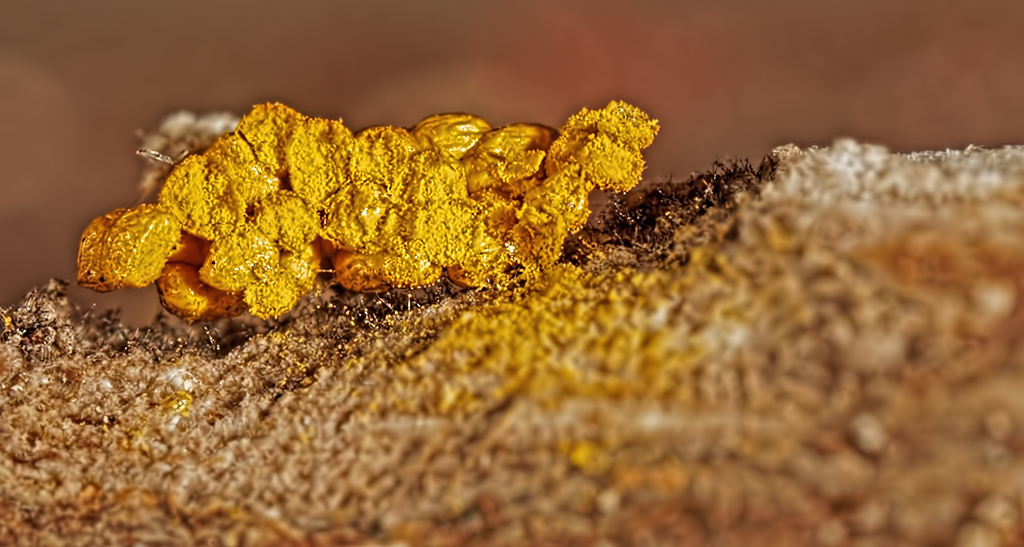 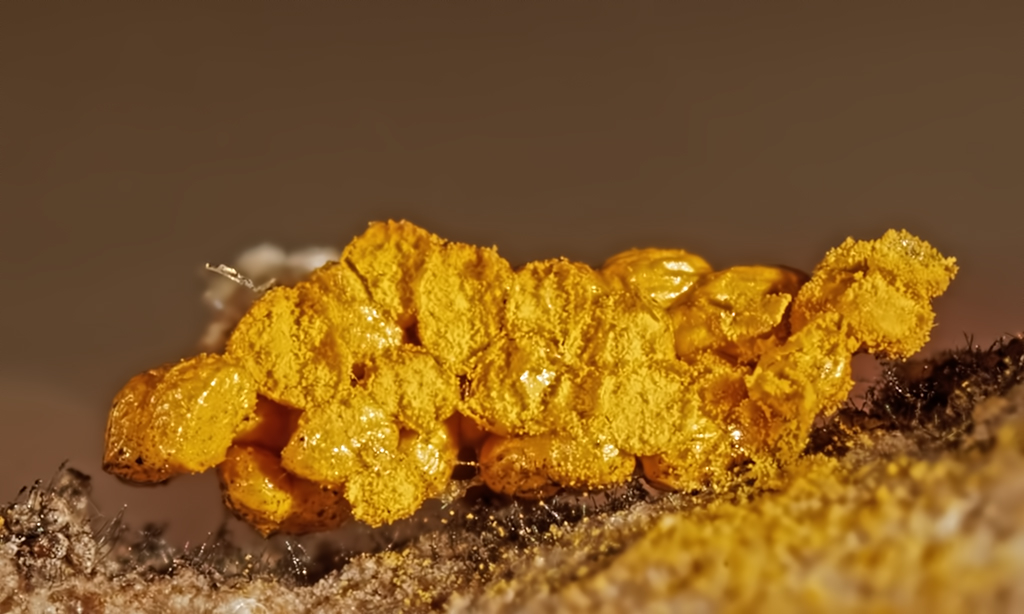