This rotting tree stump had some fruiting bodies of a slime mould and of a mushroom.

The mushroom, the Sulphur Tuft [i]Hypholoma fasciculare[/i] is common on rotting stumps and is usually yellow (sometimes tinged with green).

The slime mould [i]Fuligo septica[/i], sometimes called the Scrambled Egg SM, is frequently seen on such stumps and is bright yellow in its first few hours.

The young [i]Fuligo[/i] (first two images) has some emerging buttons of the mushroom tucked up close to it. The lighting was from a narrow shaft of sunlight through a gap in the woodland trees.

Another [i]Fuligo[/i] (other images) on the same stump is possibly several days older, with a whitish surface and starting to crack open to release spores. 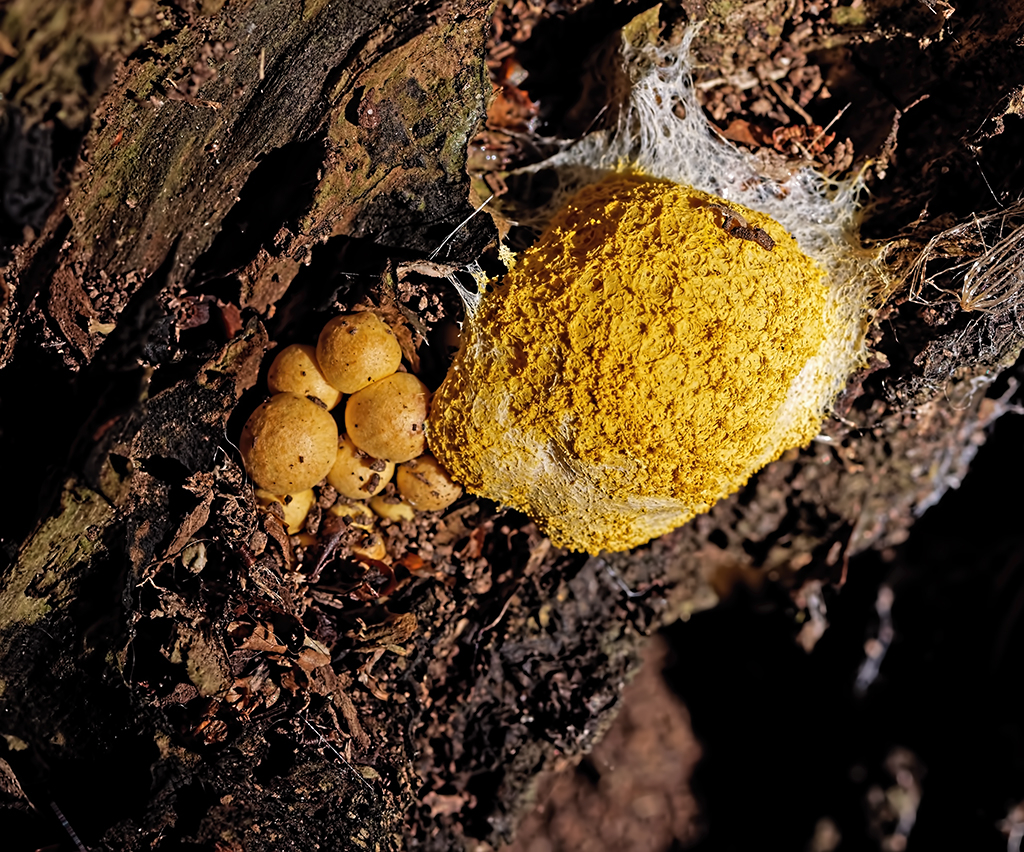 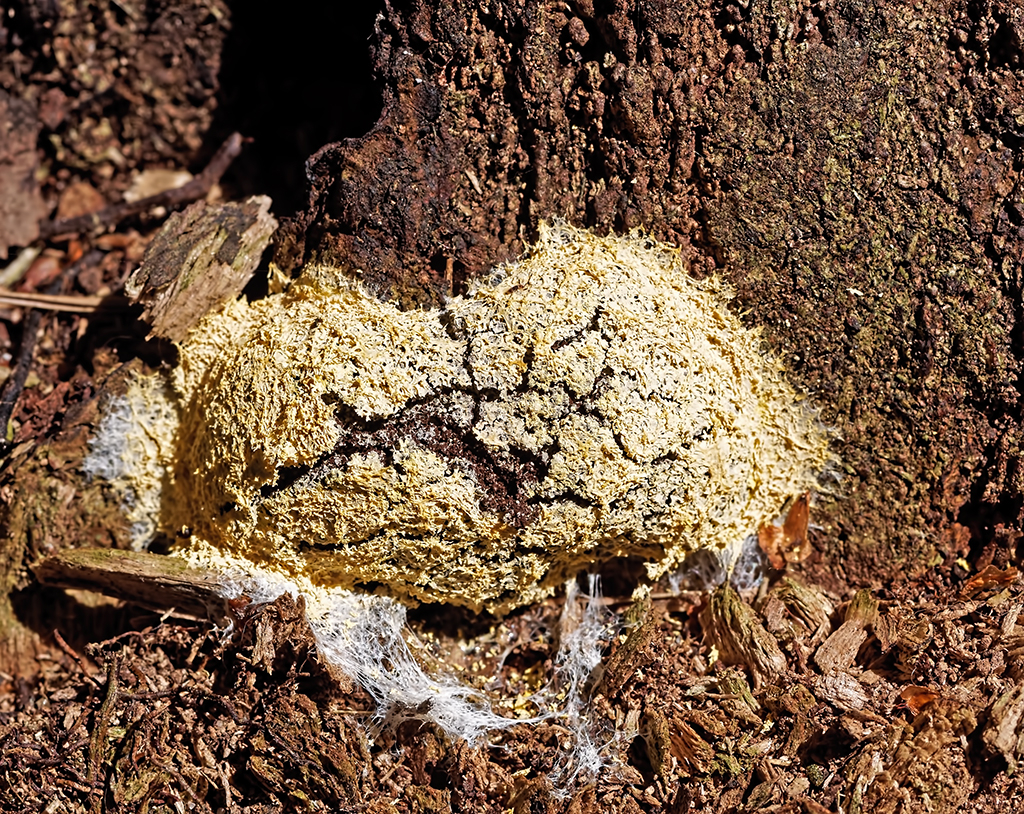