What are you looking at?

One of my many trips to Yellowstone. For 3 days photographers gathered for a chance to see Wolfs, Bears, and other wildlife feast on a downed Bison. 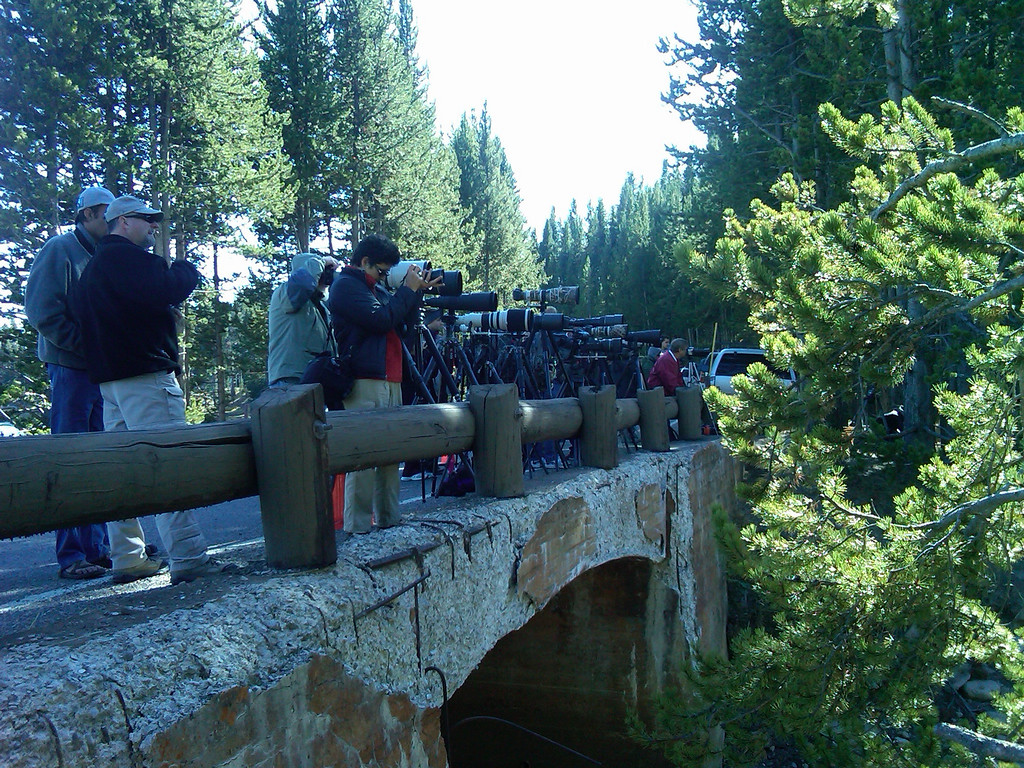 I don't know where I'm going, but I'm going anyway.