Two days ago, as part of a fungus survey of a local nature reserve, I found a small number of these fruiting bodies.

The location was an overflow channel for the adjacent lake. Due to the lack of rain this summer, no water had flower for a considerable time. The mud was moist and squishy but not enough for my feet to sink into it.

On the mud were a number of rotten chunks of wood. Some were clearly the remains of branches. Other were more amorphous. It was on the latter that I found, maybe, 6 examples. I took photographs at the location and took a small piece of wood, bearing two FBs home, where I took further shots.

The outcome was not fully satisfactory. The large FB was rather dirty and removal of debris tends to damage the fungus. Also, they were rather small (1-2 mm diam), withing the range of size of a smaller species for which the habitat was perfect.

So I returned to revisit the location. I found the same piece of wood and took photos. Then I found two other similar lumps of wood, each with dozens of the fungi.

I took many further images, all on location. Some were by sunlight and others by flash. One of the stereo pairs is made form one of each, adjusted.

Low magnification ones were by 50mm macro lens The higher magnifications were with the Laowa at x2.5, giving a FOV 7mm wide. The latter shows the FBs to be around 3-4mm wide. 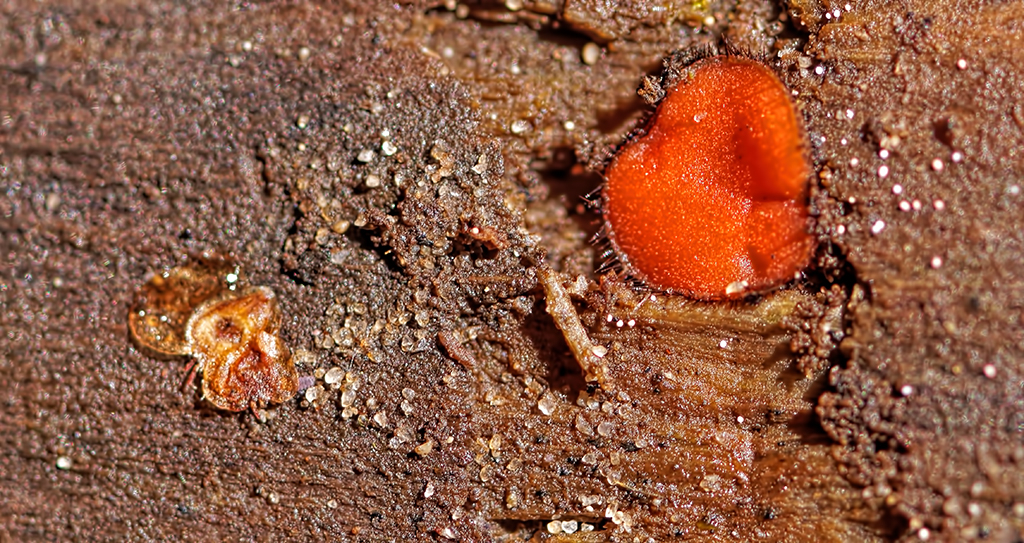 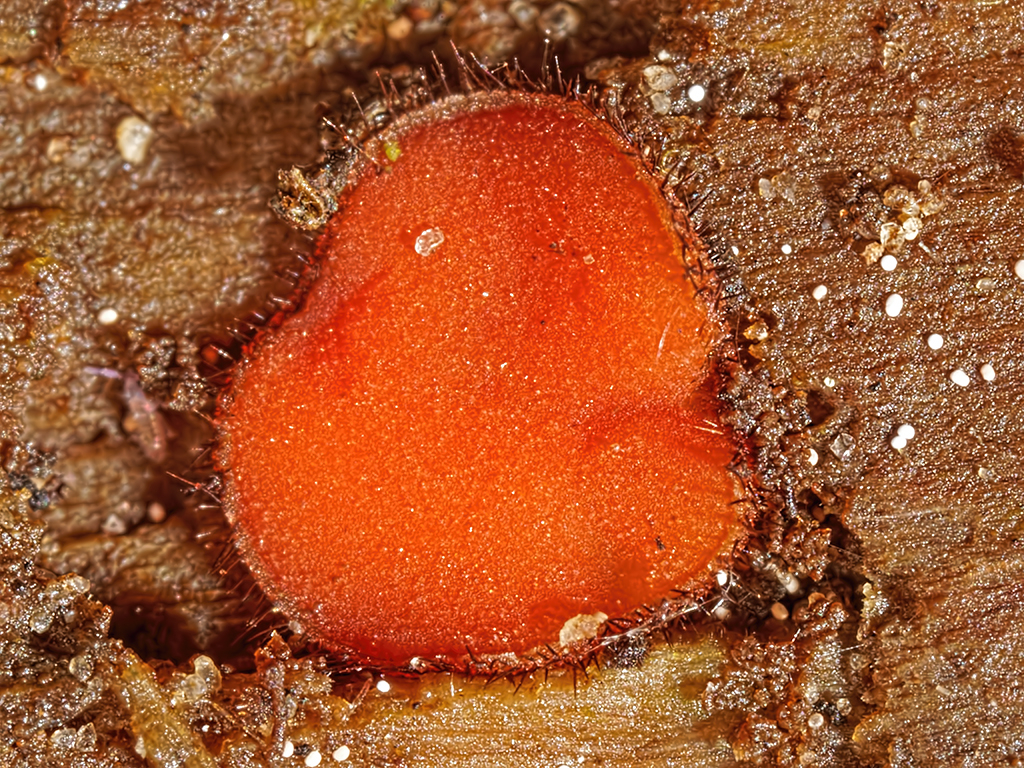 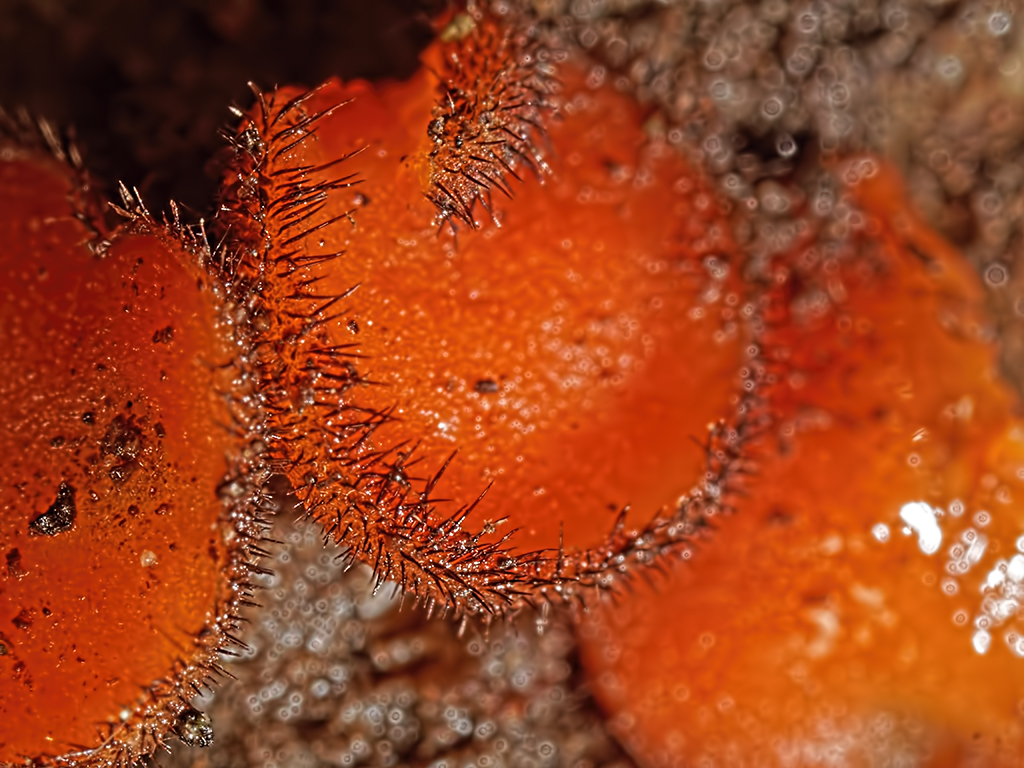 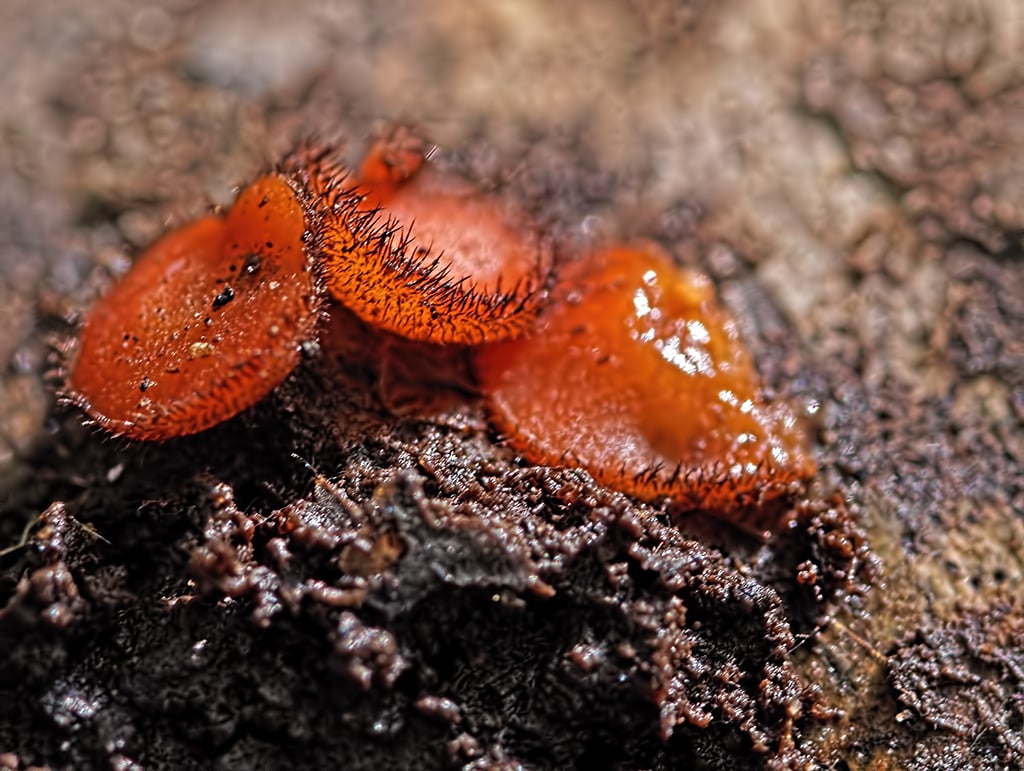 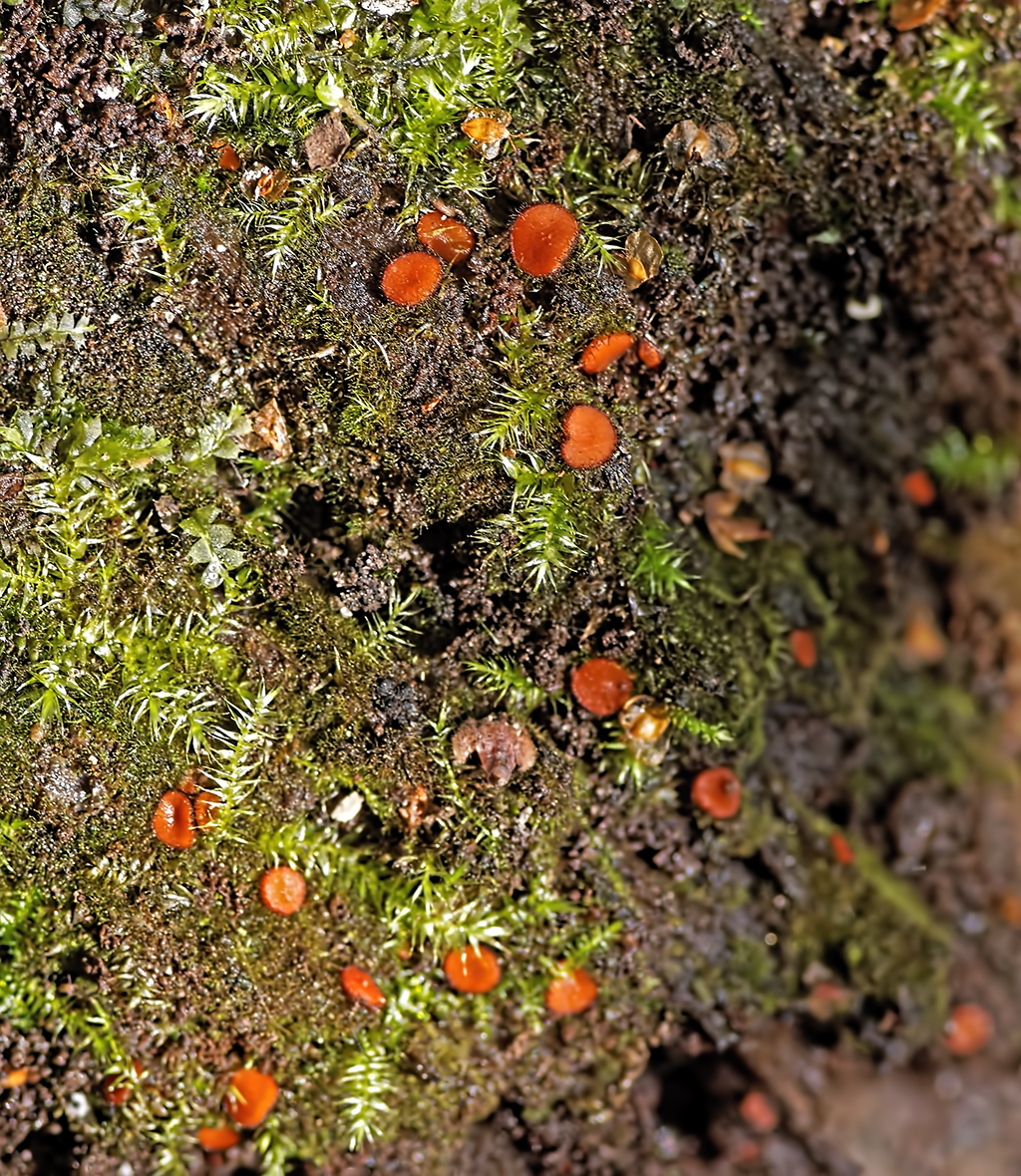 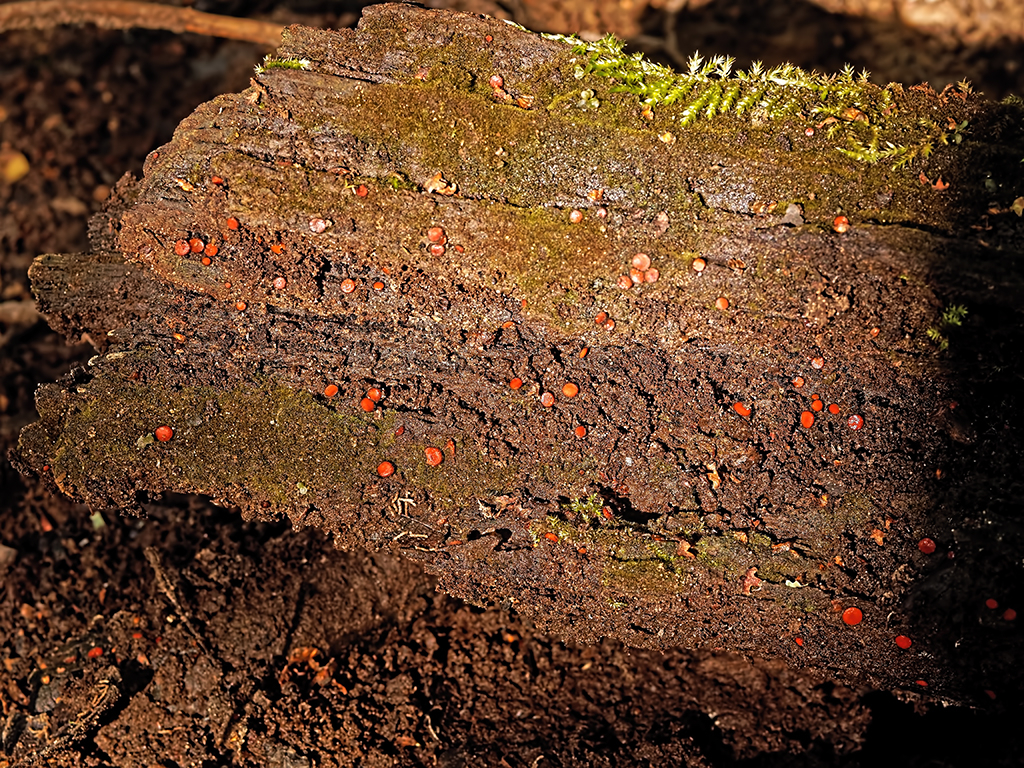 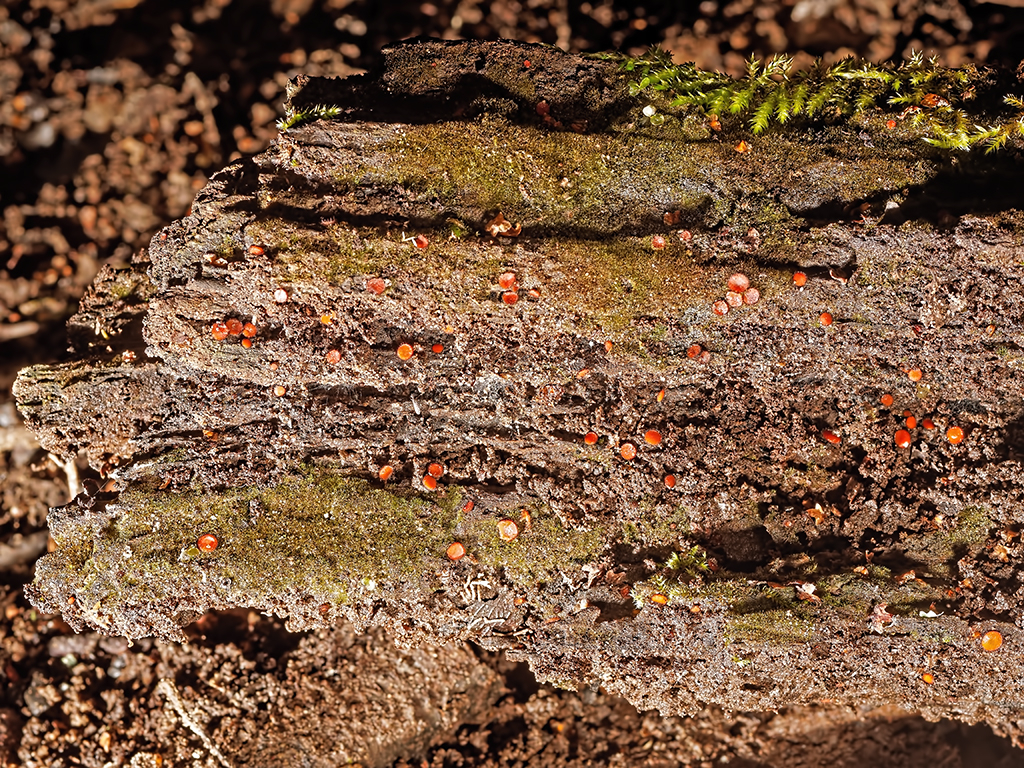