I was looking for fungi and slime moulds and lifted this piece rotting Silver birch wood and found, to my surprise, this predaceous bug upside down on the underside.

It was the chilliest afternoon for some time and the insect seemed to cold to move much. However, I put it in the sun to photograph it and eventually it took a step or two. I then took it back to where I found it.

The pale bark is distracting so I have cropped much of it out.

Stereos will be posted tomorrow. 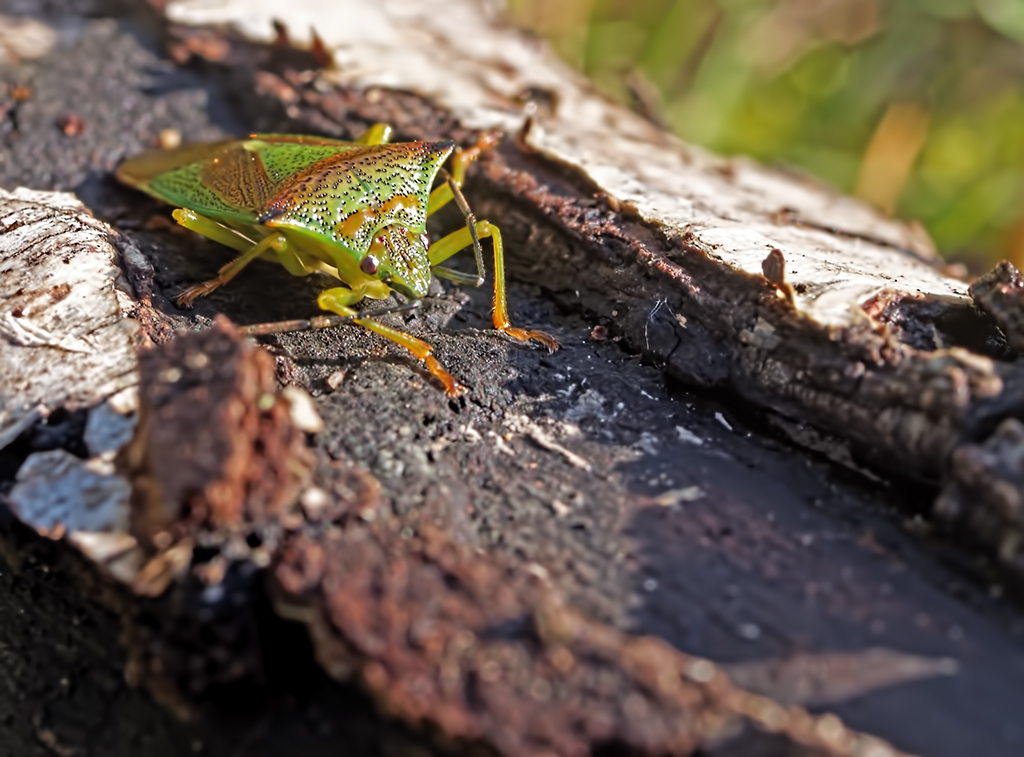 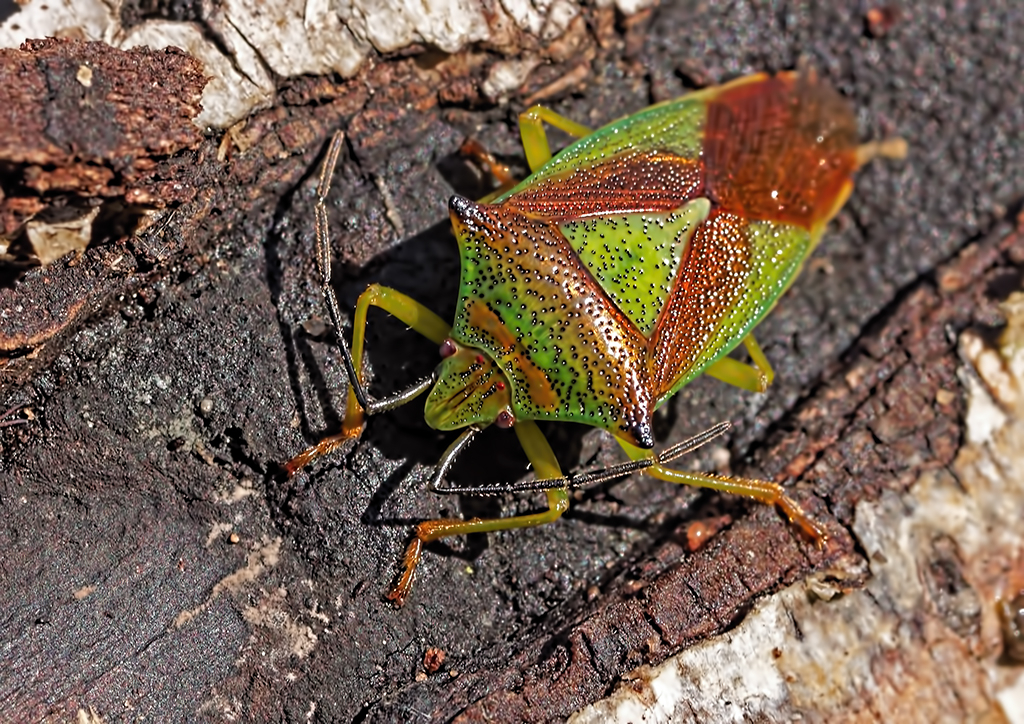 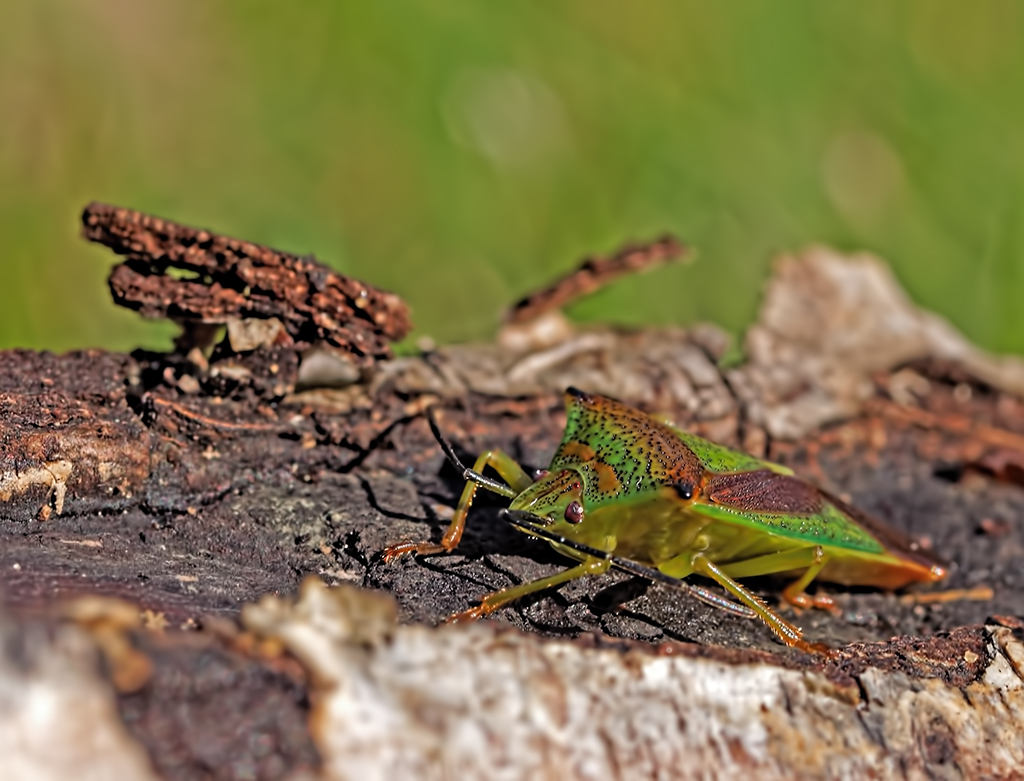 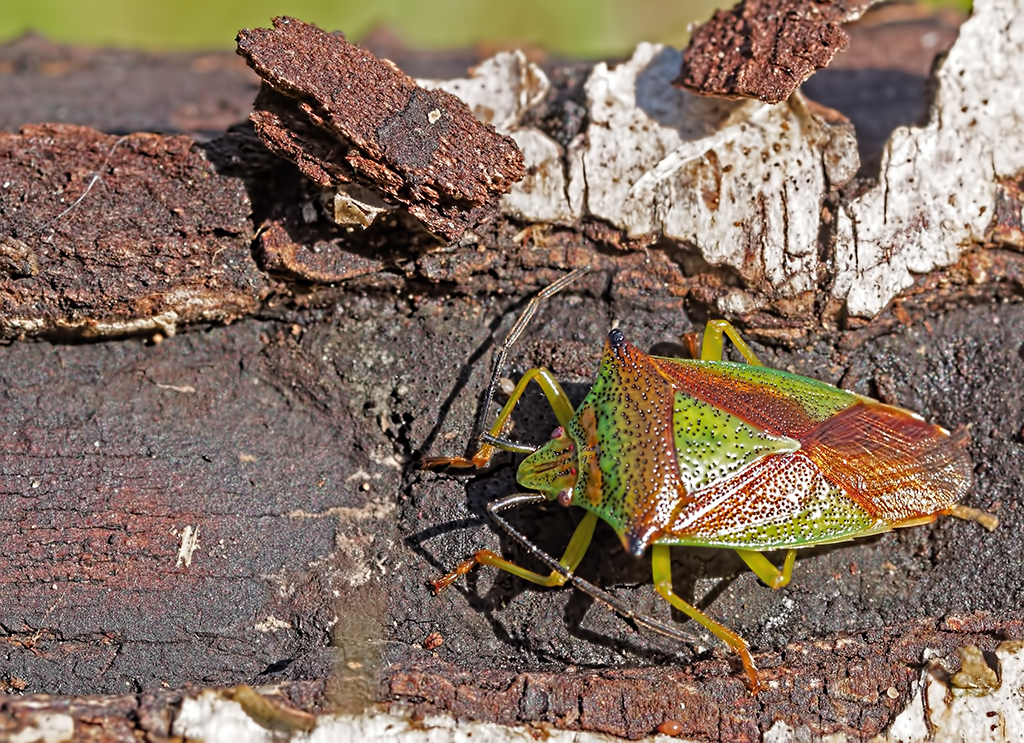 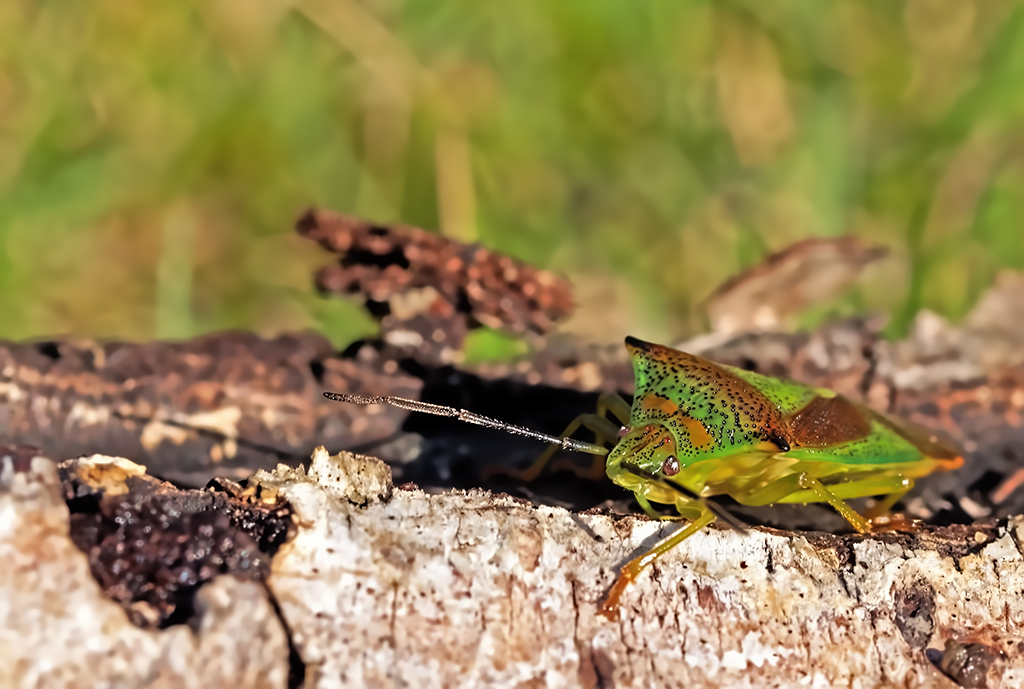