I had been sawing some huge logs into pieces which I could (only just) carry a short distance to a wheelbarrow. I had loaded the wheelbarrow once and taken the wood to my car. As I was wheeling the second load past some huge logs, used as a garden feature, I spotted this little group.

I knew that the mushrooms Coprinopsis atramentaria were freshly emerged, as they last only a day or two before wilting. I fetched my camera.

I was not expecting the task of photographing them to be as challenging as it was.The problem lay not in the subject but in my arm muscles. As I framed the subject, gripping the camera with both hands, the camera moved rapidly and violently from side to side. Even when I supported both my elbows on a nearby log, the shaking continued. My arms had become tuned to heavy work and could not give fine control. After a few minutes, fine control returned.

The fern was a cultivated one planed in the niche, which had been formed by rotting wood falling away over many months. 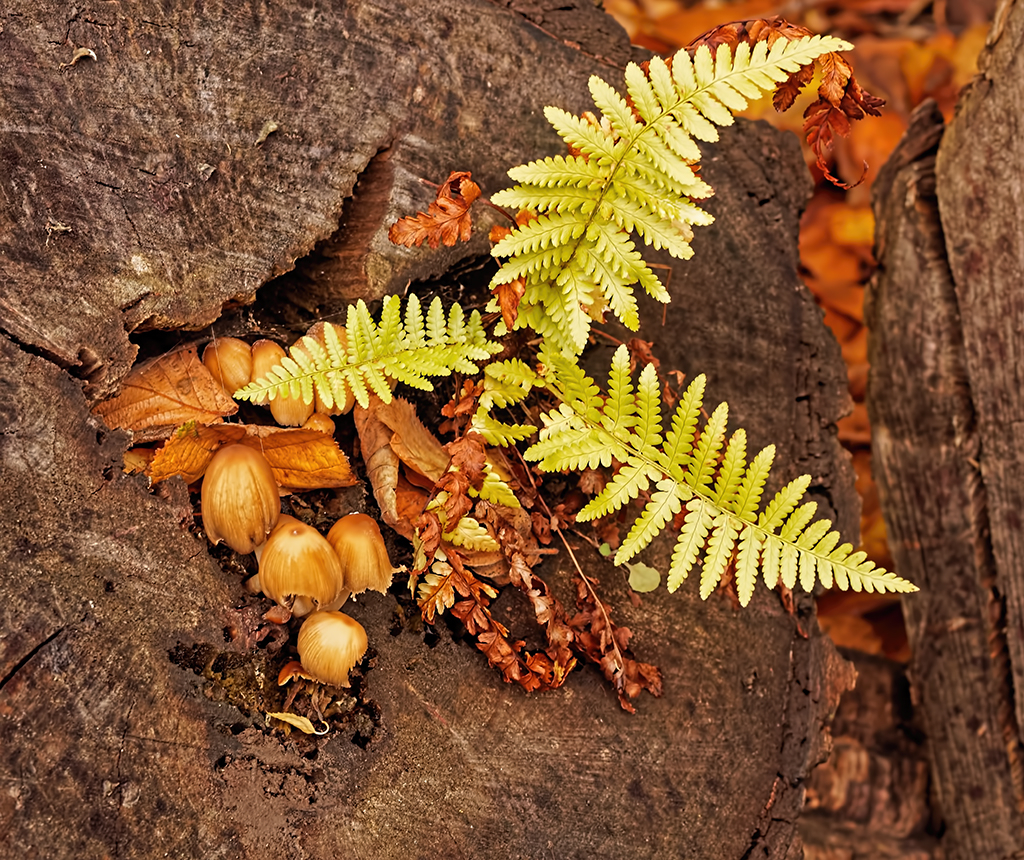 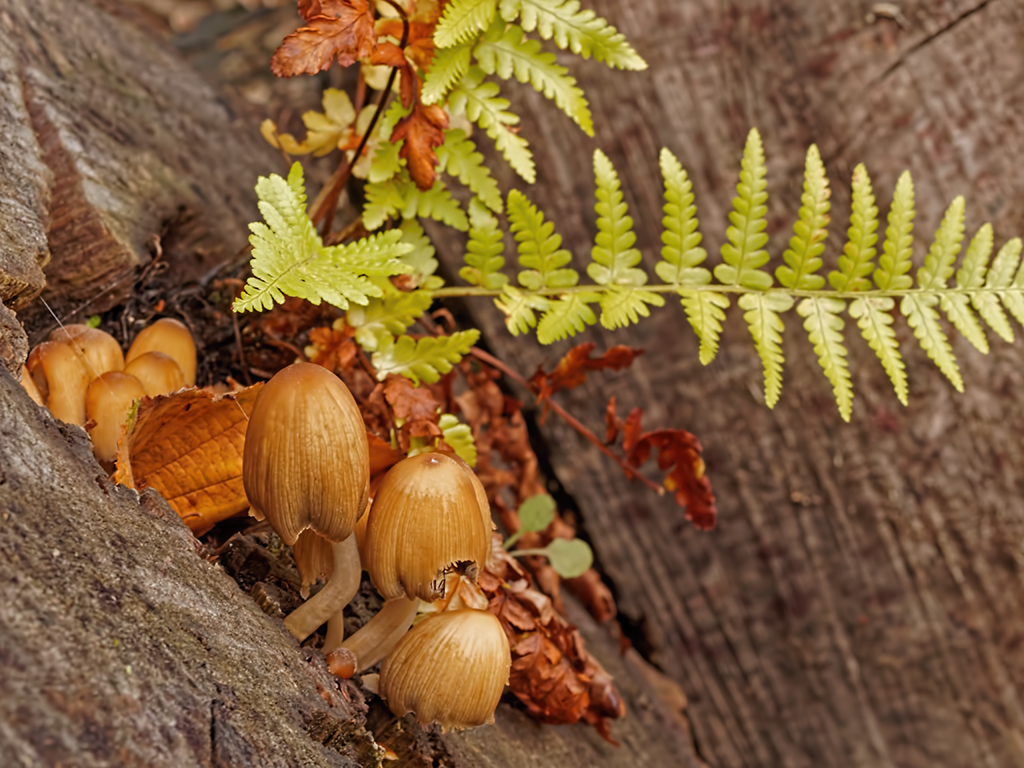