Two days ago I was privileged to visit the site of a lime quarry not used for about 100 years and conserved for its 'natural' habitat.

We were about to have lunch before returning to our cars, when I saw a gap between some trees. I entered and picked up a rotten twig from the ground. On it I saw what I initially thought were disco fungi, which are of similar size and shape. The gnarled stems told me otherwise. It was a Myxomycete.

The greyish caps naturally fracture to release spores. Not wanting to damage them further before photographing them, I took some images on the windy hillside.

I found this species once before, in a local woodland.

The frames are mostly showing a FOV 11mm wide. Some have been cropped.

"Studio" shots will be posted tomorrow. 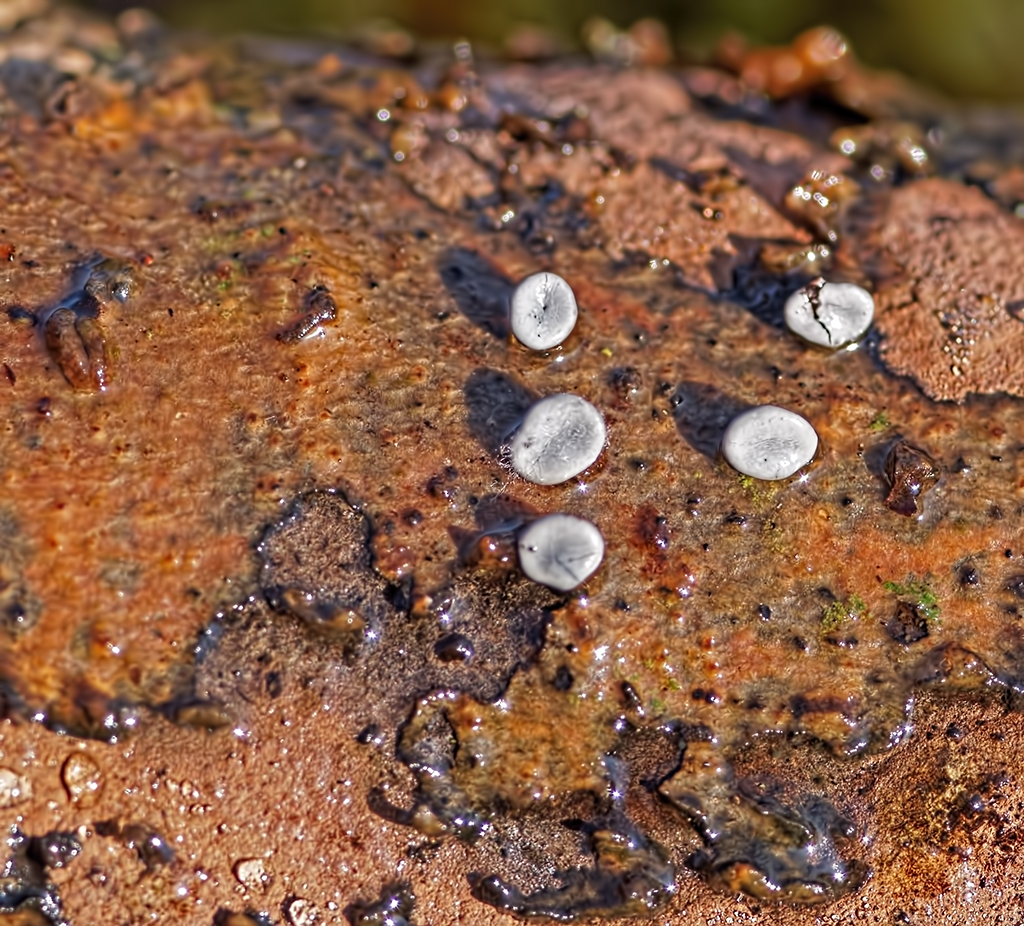 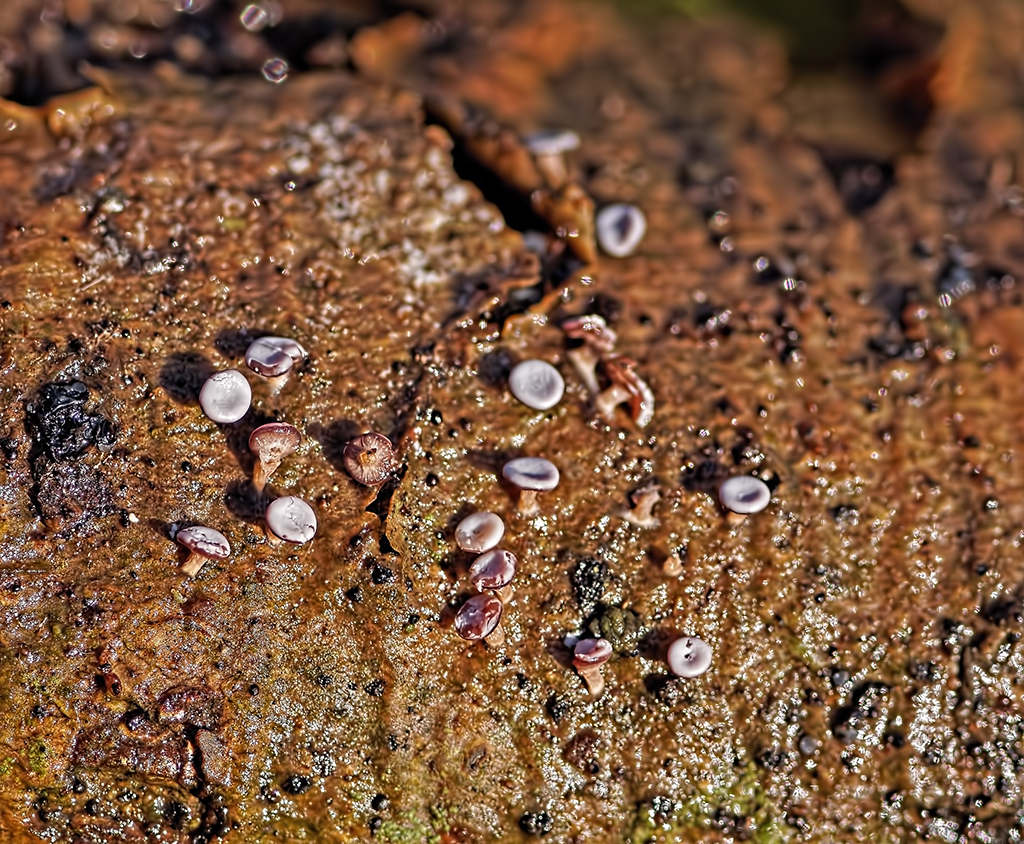 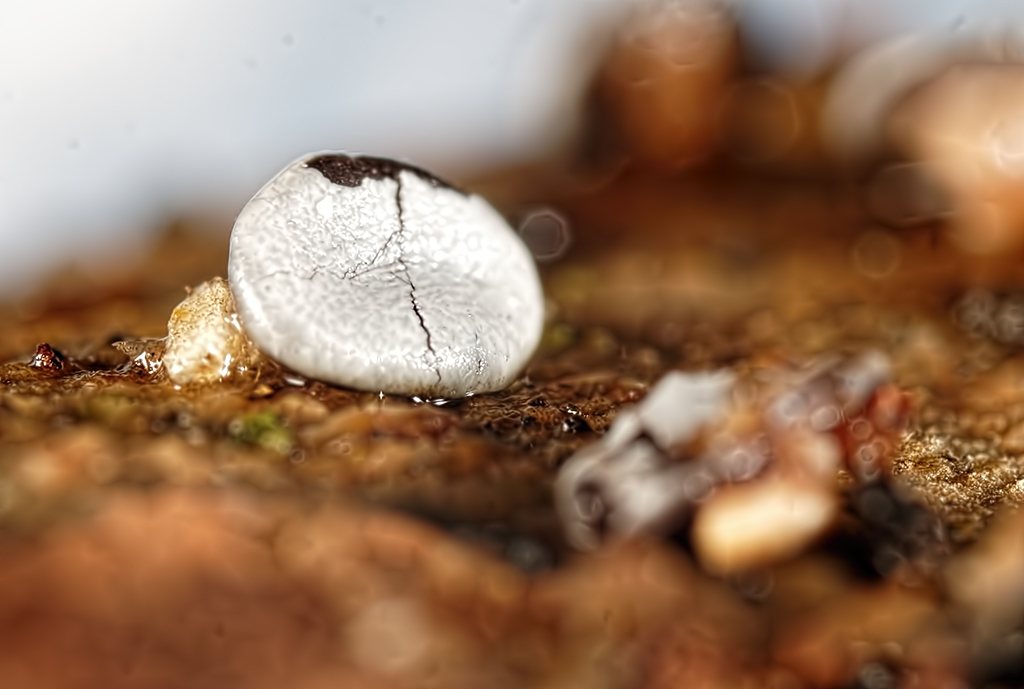 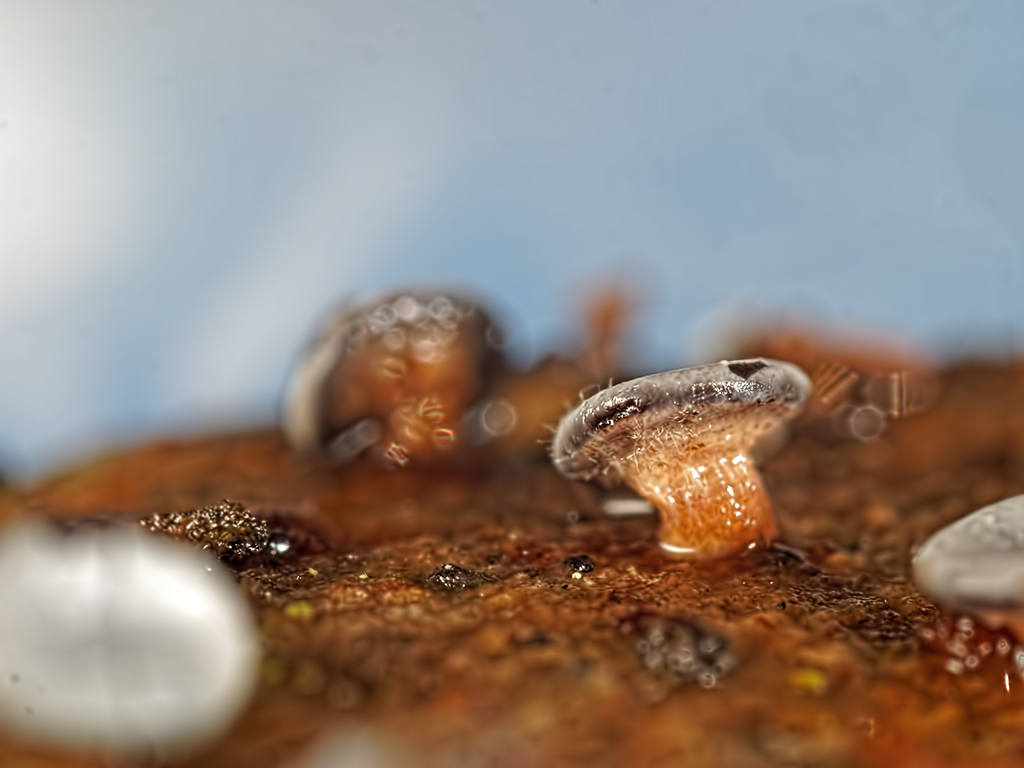 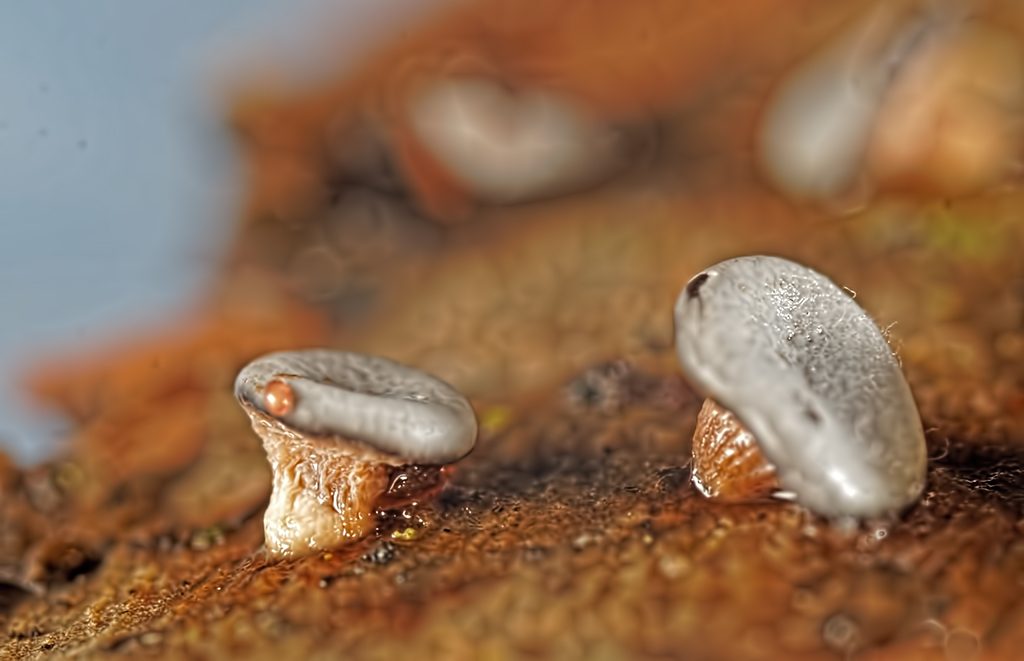 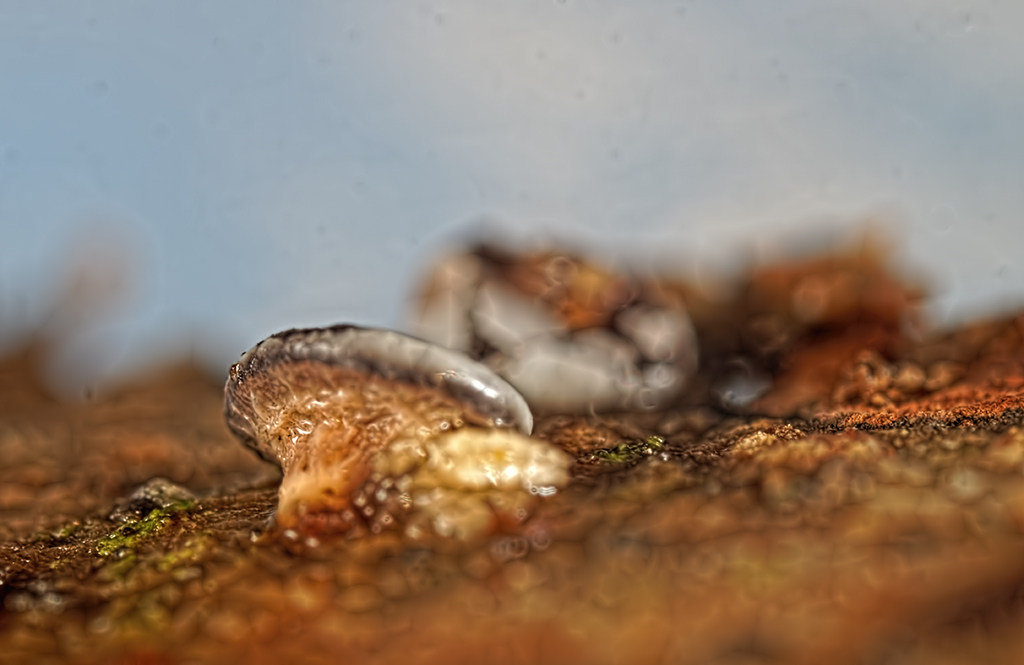