I found this fruiting slime mould at the end of September. The colony was very tiny and I saw it only because I rotated the log and spotted it on the edge. It was growing on the surface of what remained of the bark after several years of decay.

I thought it was a [i]Comatricha[/i] species. Two species had been moved into the genus [i]Macbrideola[/i]. It showed a resemblance to both although the branching (capitillium) of the stems looked much more like that of [i]M. martinii[/i].

Such records as I could find of the genus in the UK were of [i]M. cornea[/i] and I don't know if [i]C.martinii[/i] has been recorded from the UK so I have inserted the "cf" as a precaution. Whichever it is, it is the only time I have found this species. 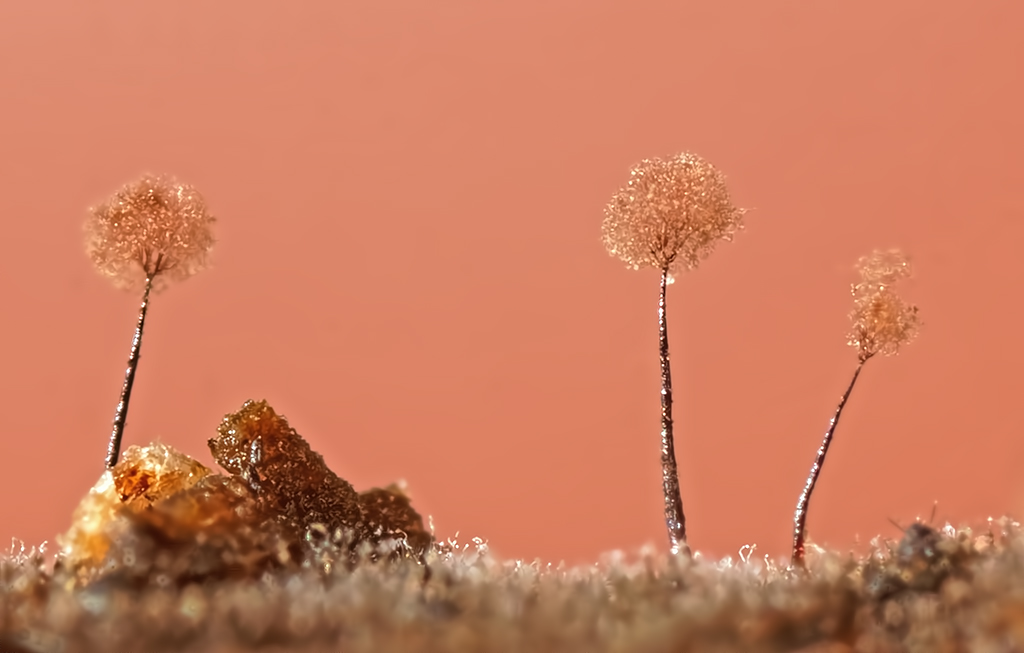 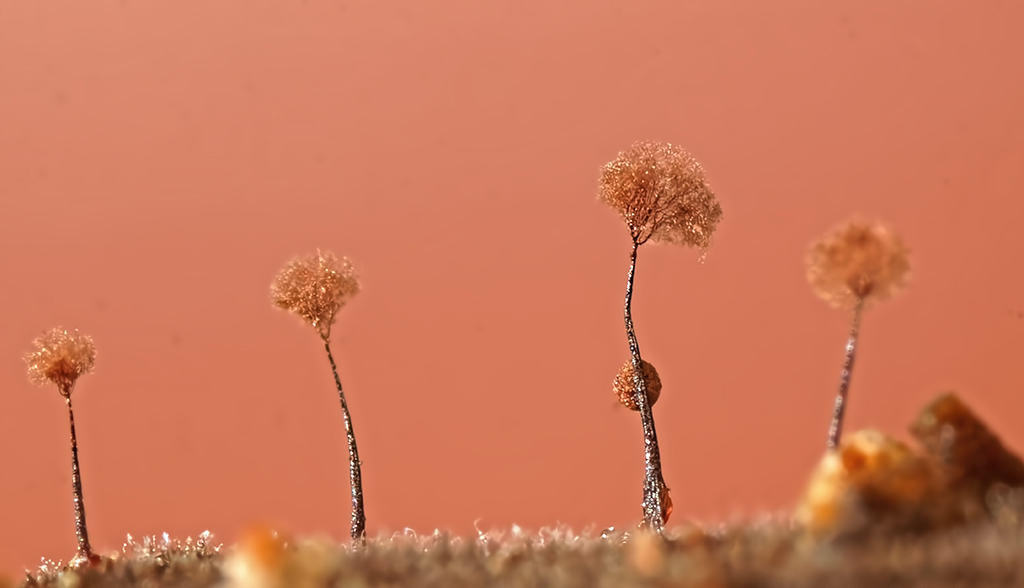