I was looking around at the various rotting logs and chunks of previously hollow apple trunk in my garden. I was hoping to find some slime moulds to photograph, preferably a species I had not seen before.

It seemed there were few to be found, just the regulars. Then I saw a shining black mass in a hollow through the bark of a heavy section of the hollow apple trunk which had never had anything of interest before.

I dug out some samples and took them to photograph. They were very crowded and I couldn't really see whether they had stalks. So I sliced the samples into smaller groups. I got some edge views, revealing reddish stems and a few spore capsules had their stems fused into communal ones. This indicated [i]Metatrichia[/i]. After taking some photos I returned to the log to look for more. As I turned it I saw the most extensive population of spore capsules of have ever seen, all away from the bark. Surprisingly, they were almost all spaced too far apart for stems to unite but there were a few multi-headed ones (second and fifth images)

The wood was both heavy and very crumbly, the parts I was holding sometimes breaking away.

As I rotated the wood I saw some more of the crowded colonies, this time with deep yellow contents spilling out of many. Were these groups of two species?

I searched the internet for more images of the species and saw that the norm was for just a few to be multi-headed and the images matched mine. Looking at the key in my monograph, the species description supports this but the only photo is of a splendid, multi-headed example. That the species has such extensive and populous colonies is also a species characteristic.

The colony in the sixth image was about 30mm across. The FOV at the highest magnification was 3.5mm wide.

The stereos will be uploaded tomorrow. 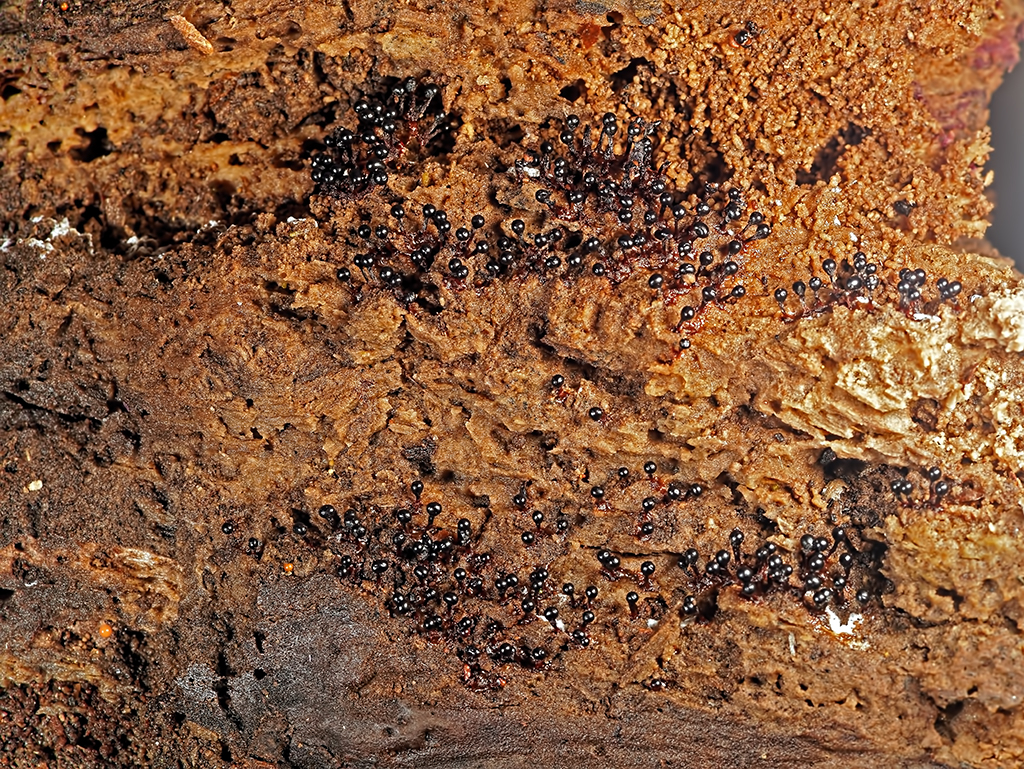 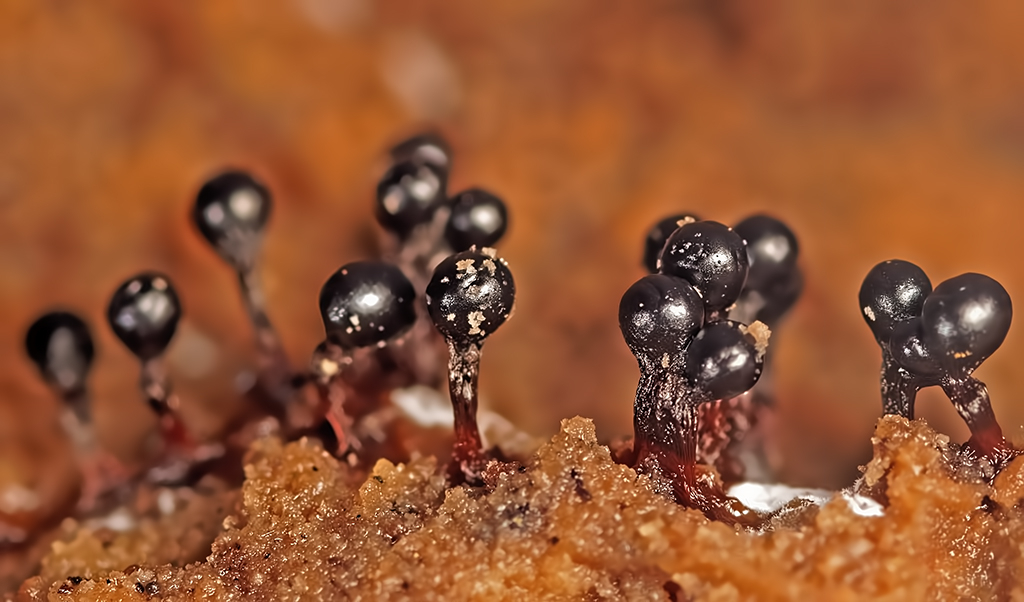 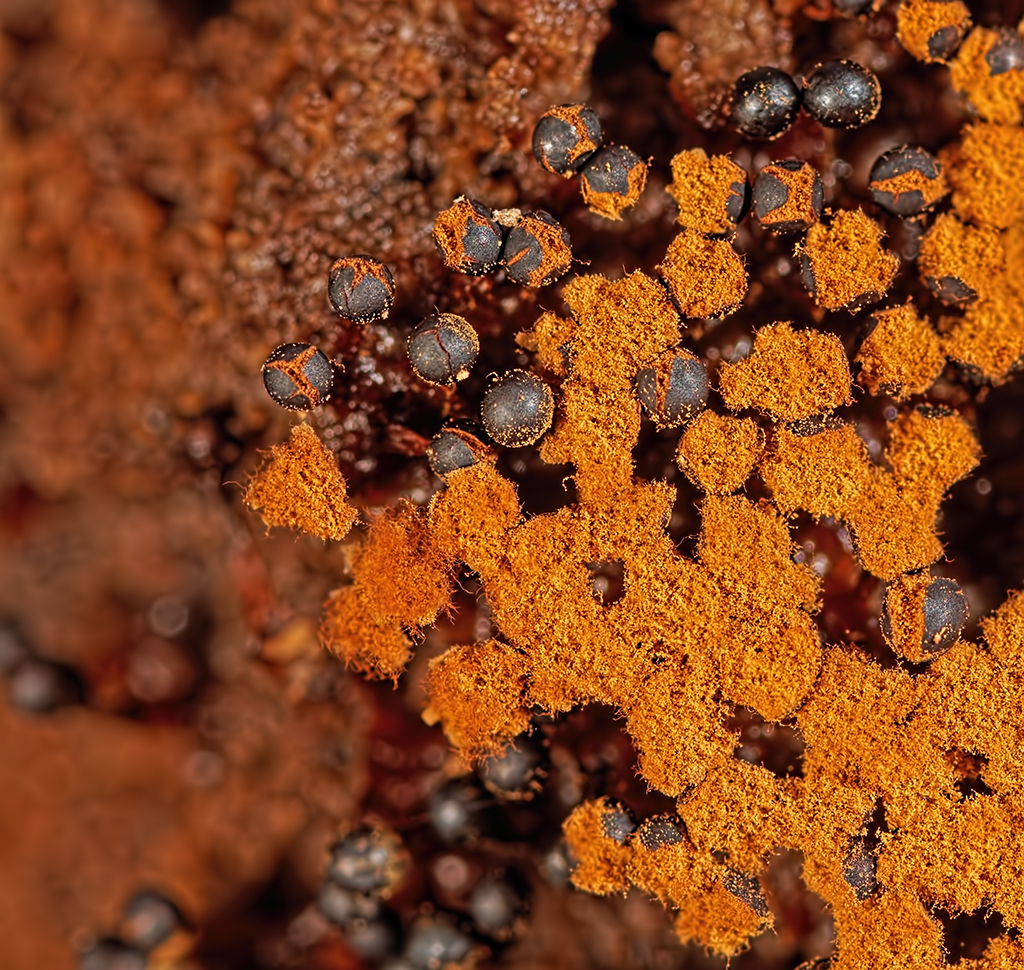 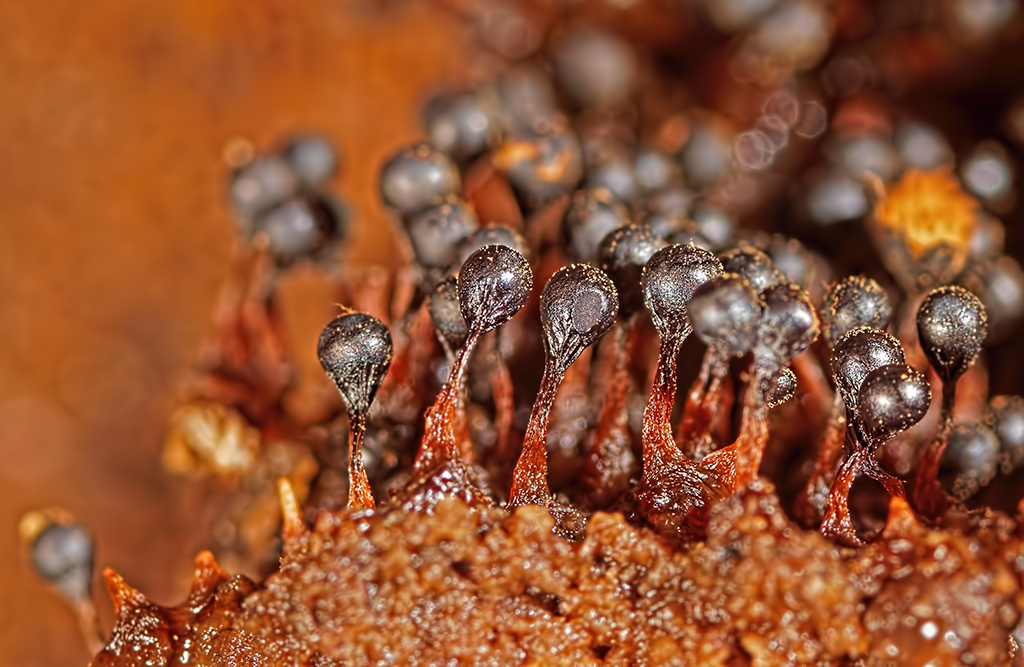 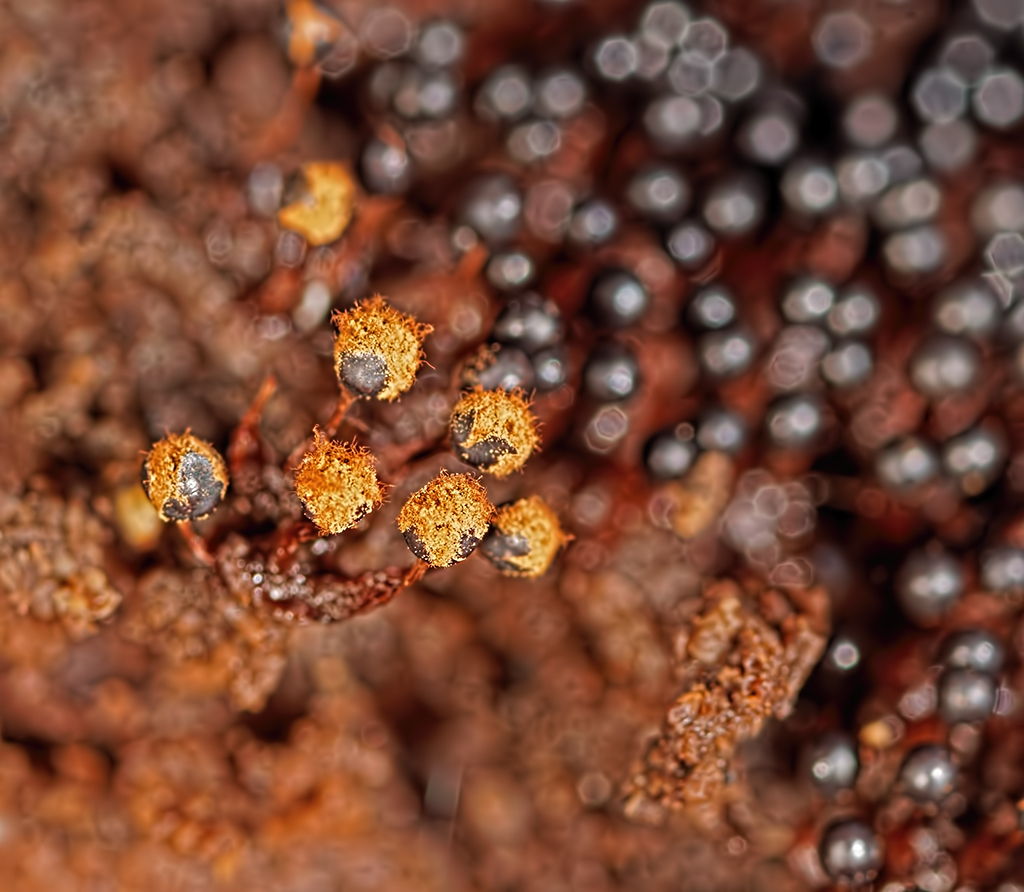 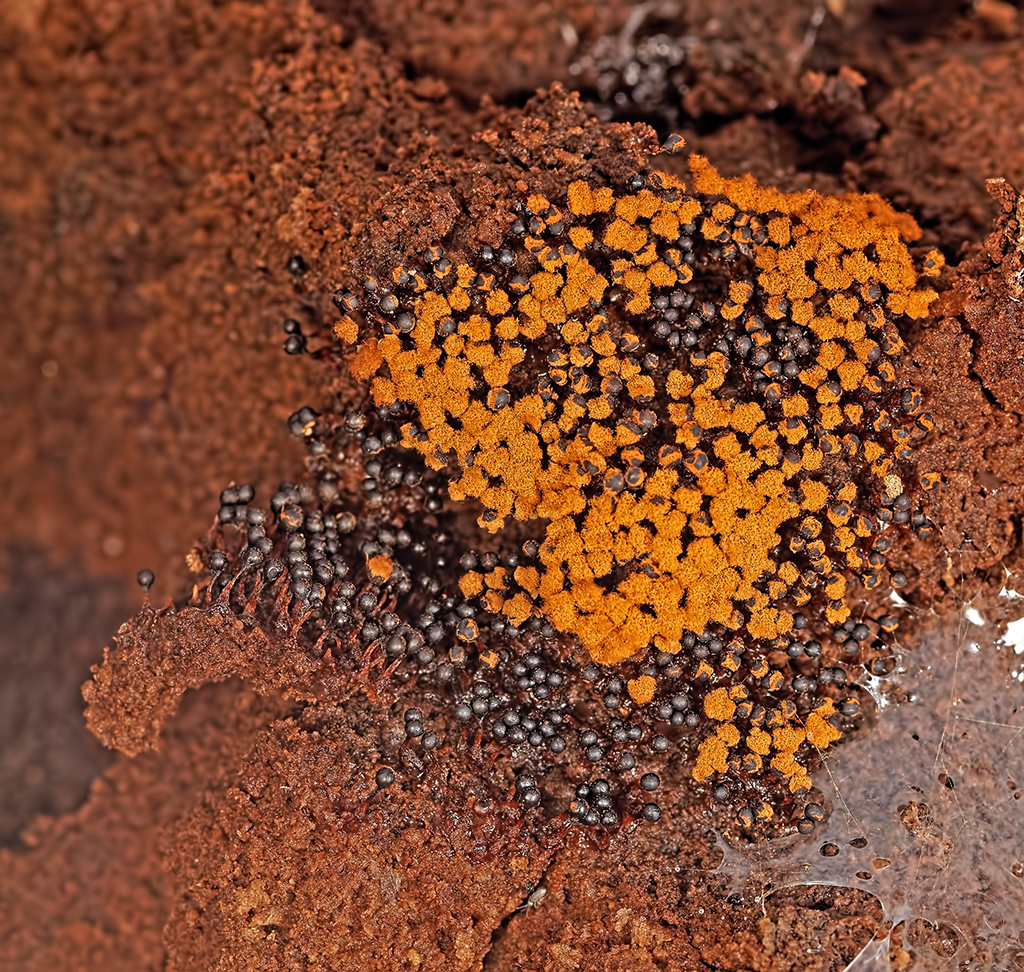 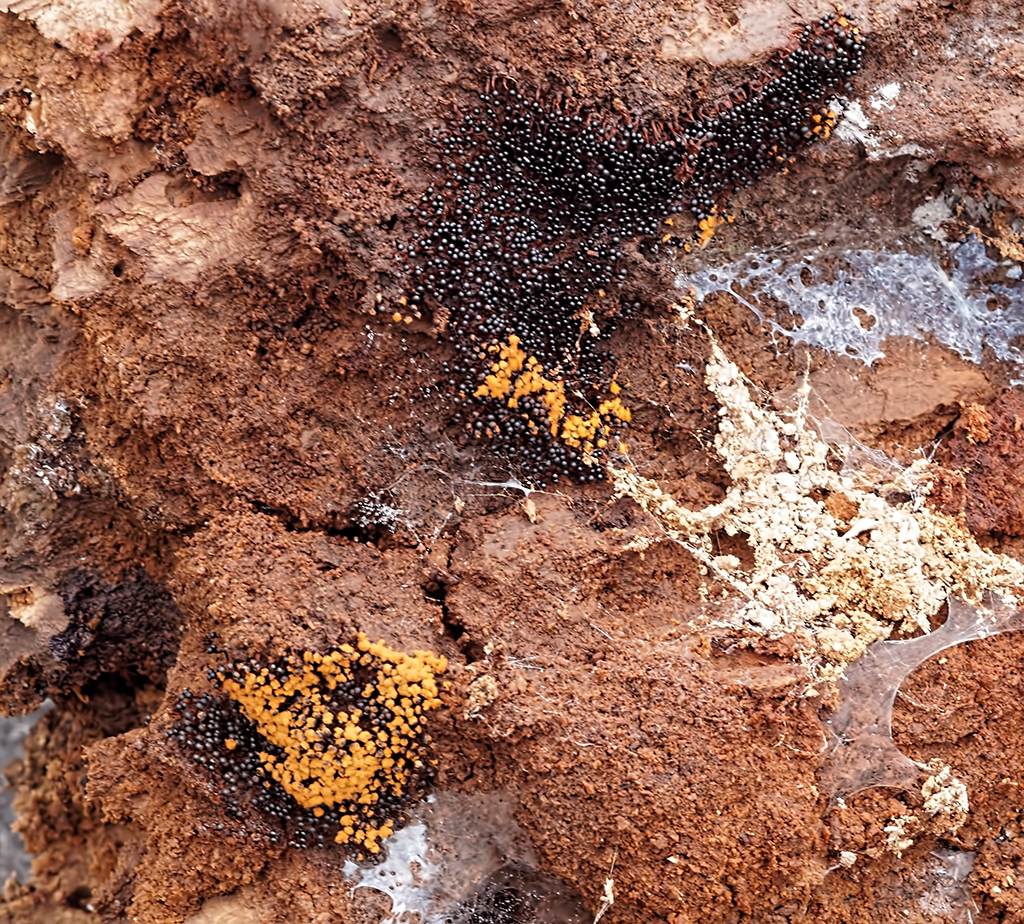 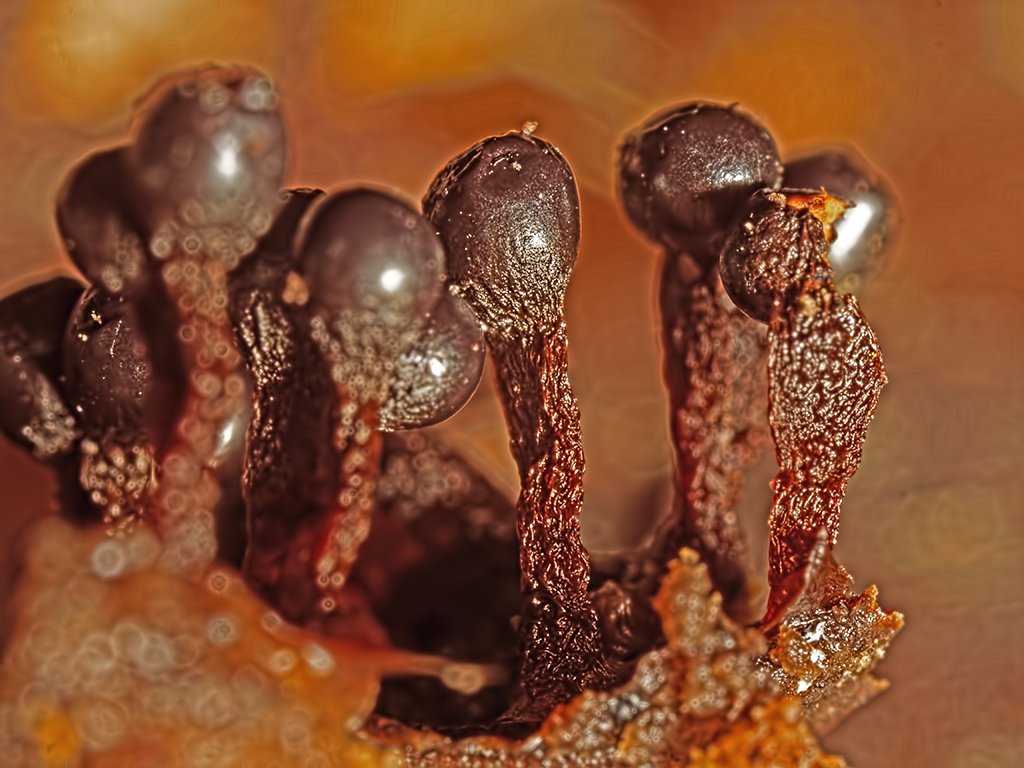