Clematis armandii: Early & Not So Tender

I did a topic about this flowering in an unheated greenhouse last year. It is the only one of my 50+ varieties and species of Clematis which is not planted the the open.

I gave the plant that protection because the label says it is "frost tender". It was becoming so rampant that it would soon fill the small greenhouse. So, leaving it rooted inside, I fed most of the stems and foliage out through a low level vent and trained them up an adjacent, tall tree.

The species is evergreen and has been making some growth during the winter, in spite of air frosts and ground frosts in the garden. All the more surprising was the appearance of flower buds in late January. The label says that it flowers in from early spring or in summer. I don't think the first week of February yet qualifies as spring!

Here are some images from yesterday. After waiting for several days,I managed to get some brief blue sky behind my initial shots. The only available viewpoint was from ground level. 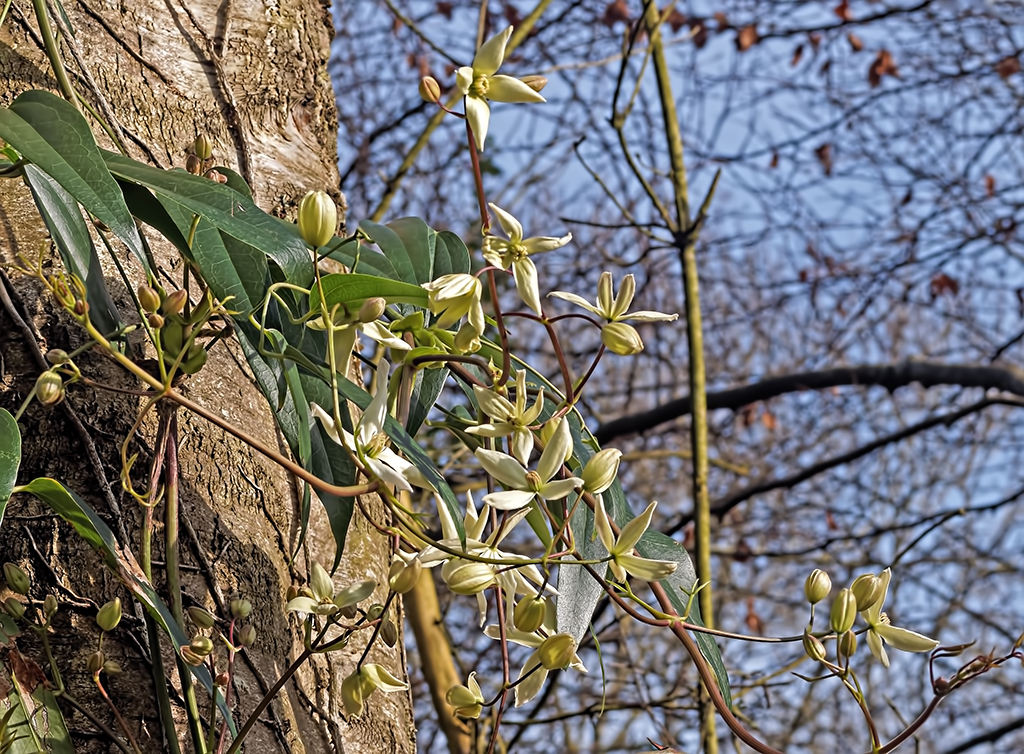 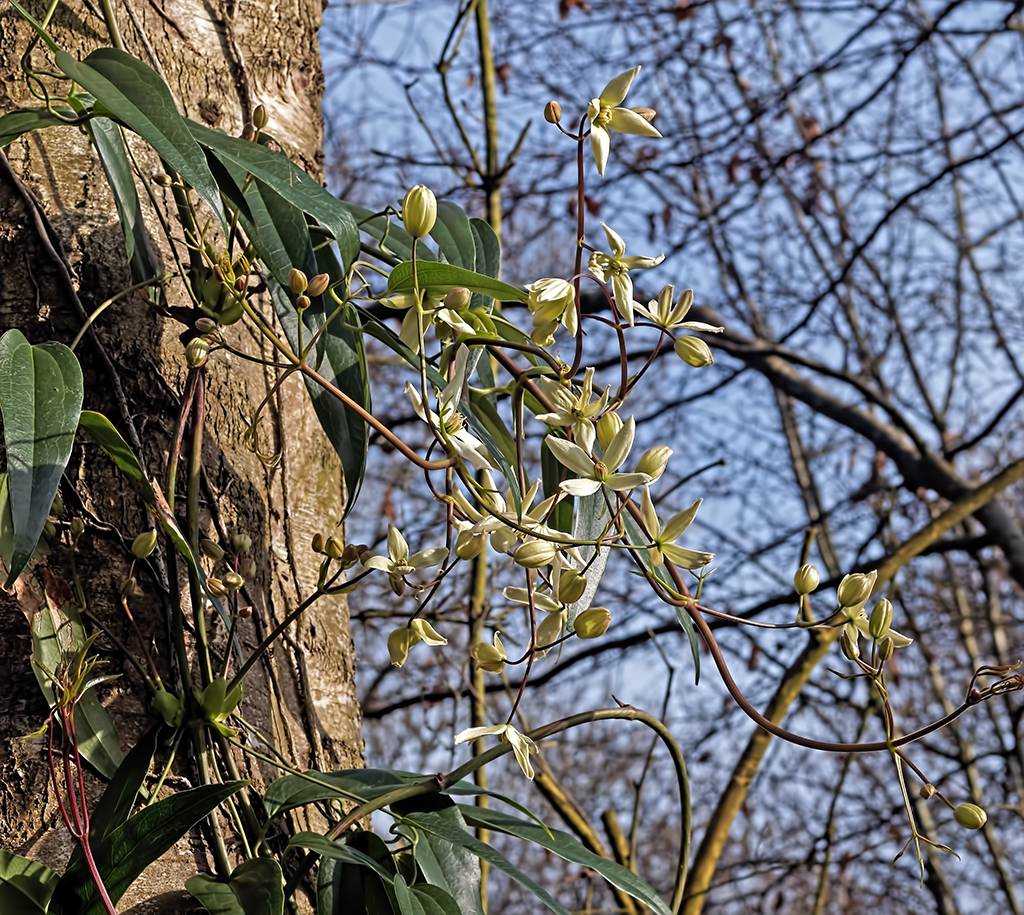 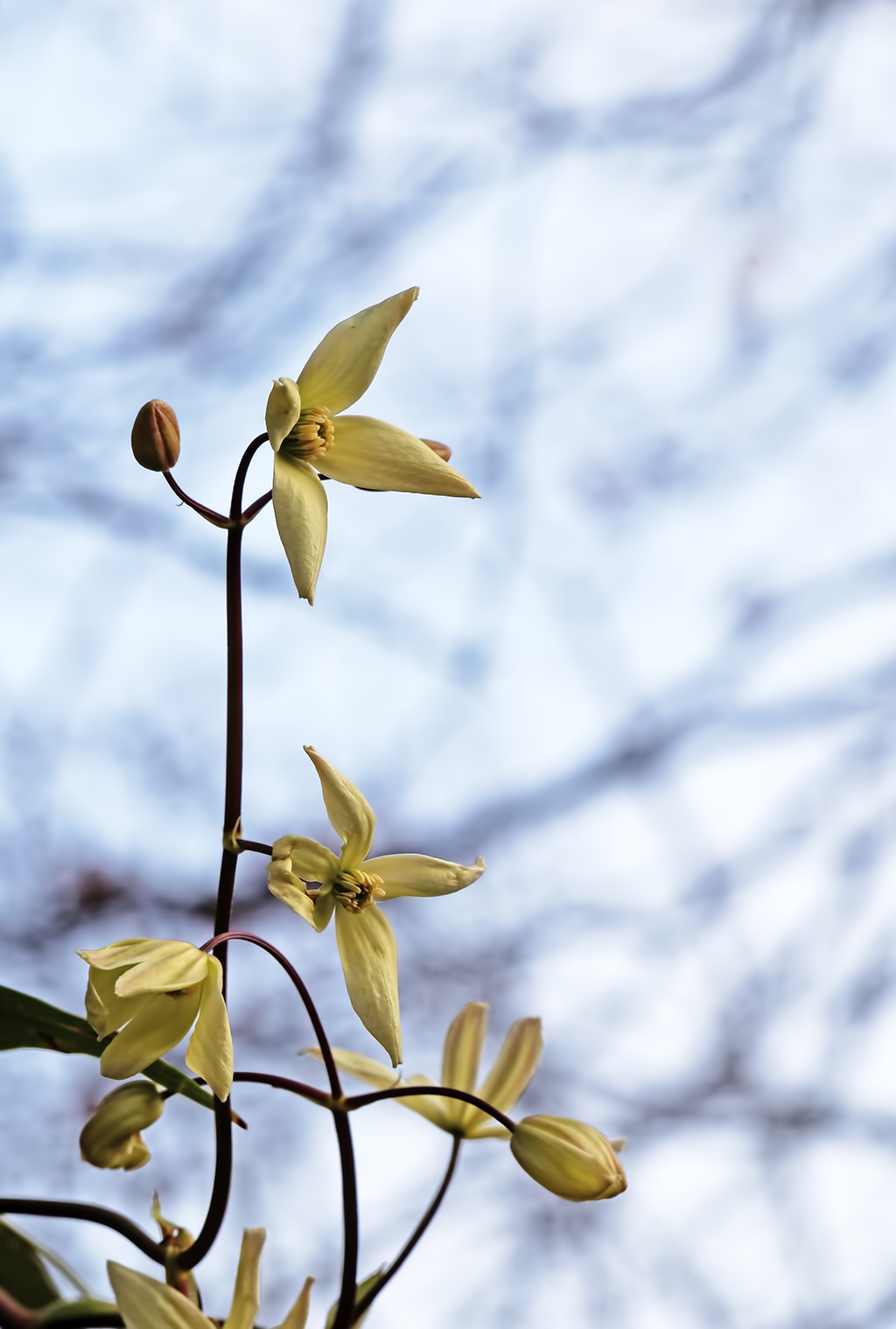 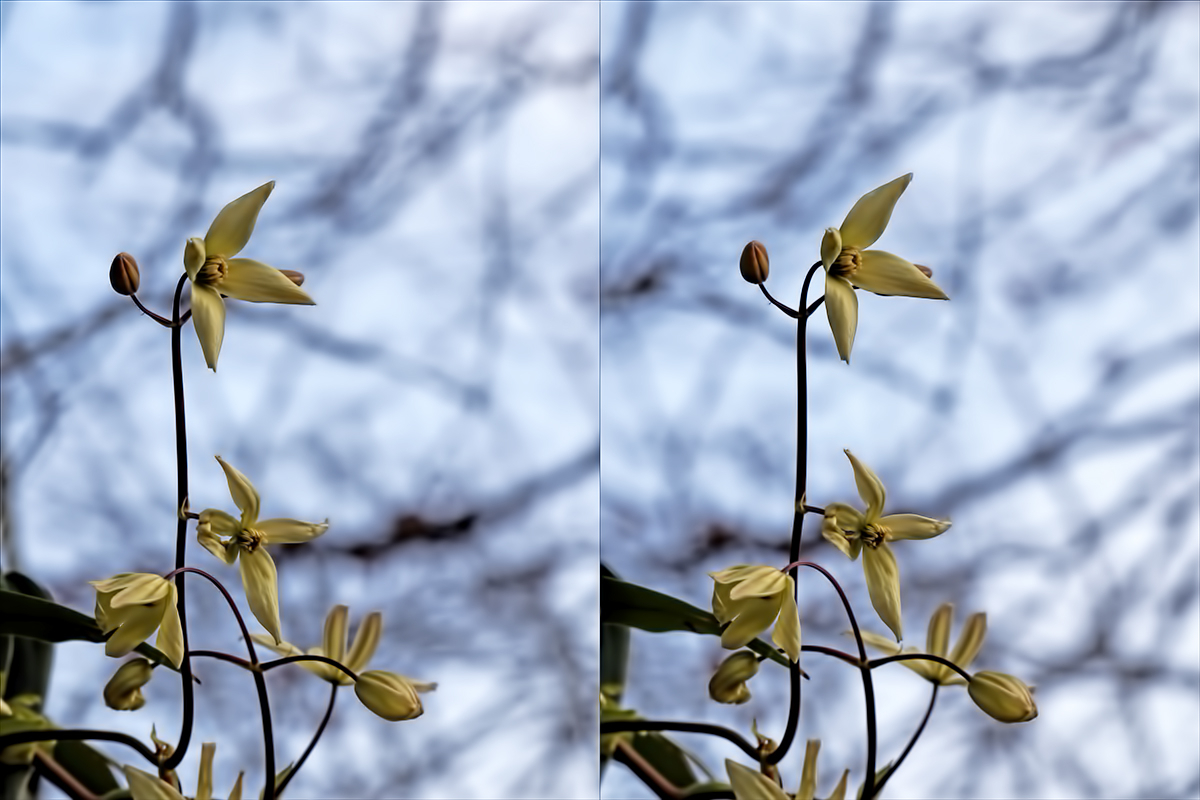