I collected some samples of Elf Cup mushrooms yesterday so that two macroscopically identical species could be examined very closely. The inner surface of these cups is bright red.

When I opened one of the plastic containers, this individual was walking around rapidly.

It is one of the common (UK) woodland millipedes, the Striped Millipede Ommatoiulus sabulosus. It is recognised by the two longitudinal orange, dorsolateral stripes.

The shoot was indoors.

The first image was cropped in the framing but had the best detail. 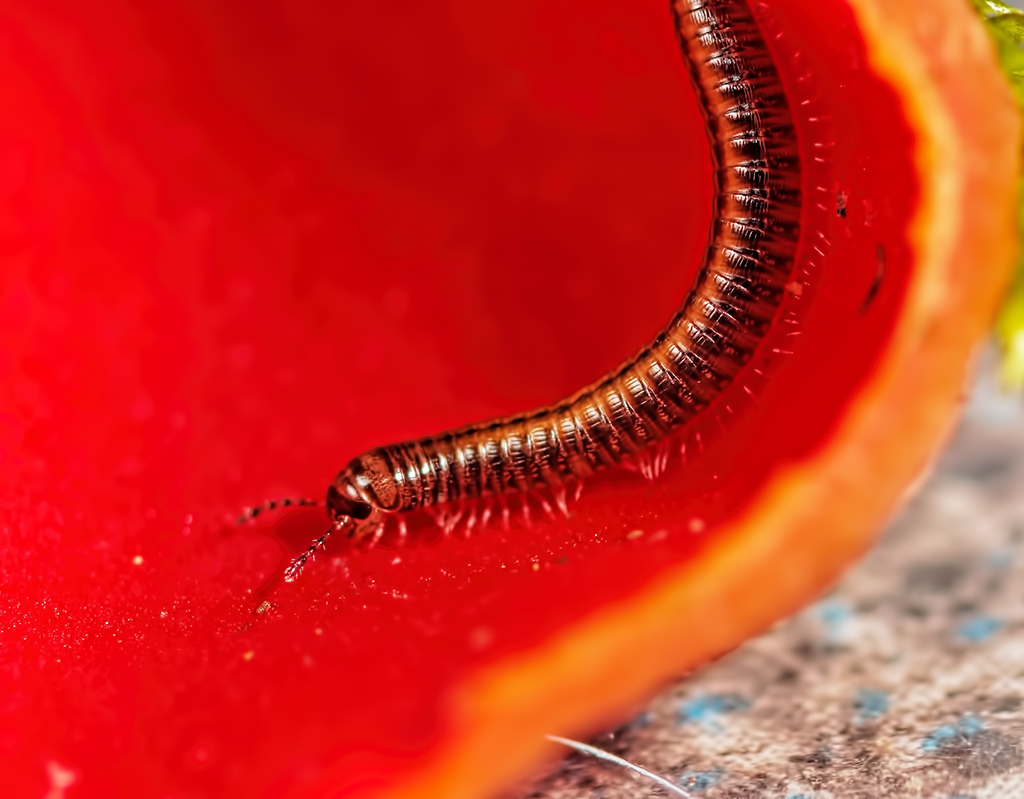 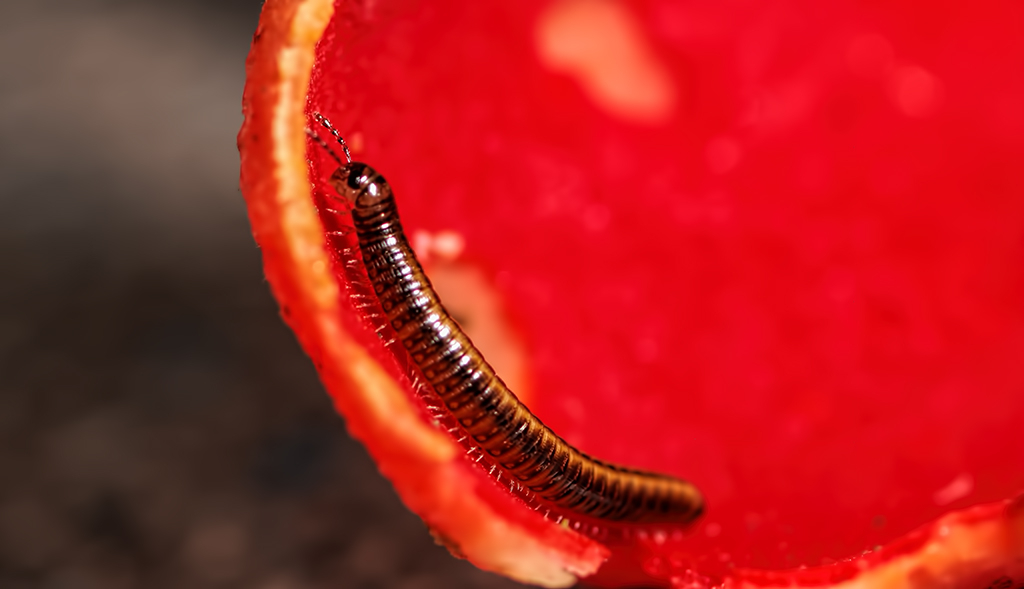