I knew this would be a difficult challenge to evaluate when I chose the topic and I was right. Everyone has submitted spectactular images, and I have really enjoyed watching the set build. Every set has at least one photo worthy of first, and

@Lab_Tested -#2, Eastern Screech Owl, is a particularly nice image. The bird is in sharp focus against the out of focus bark. You handled the muted palette nicely. I might have cropped a tiny bit off the left side, which I think might emphasize the owl's very nice pose.

@pegelli - you submitted three very nice images, and I particularly like #1, Robin. The framing is great, with the bird a bit off-centre, in the frame and on the structure. The background is lovely and soft, and, because the structure the bird is perched on is not level, there is a bit of tension in the image that draws my mind in the direction of the bird's gaze.

@ Cavalier - #1, northern pintail drake - afloat, is a nice image. The lighting is great, and it emphasizes the contrast between the bird and the water. The bands of dark shadow (foreground structure?) make a nice frame.

@shawnc - @3, GBH on the prowl, is a nice image. The bird stands out nicely from the background and the lighting is great. The pose is nice - the bird is a bit unbalanced, which implies movement (for GBH, this usually means the bird takes flight seconds later).

@grandmaR - #2 Barbet, is an intriguing image. The bird is a bit out of focus, and at first that bothered me. But the way the image zooms to the centre draws my eye to the centre the image and then back to the bird. As you say, it is very well camoflaged, and the speckles make a nice counterpoint to the radial lines coming from the edges of the frame.

@lkbart - #1 Macaw Love, is a great behaviour study. It shows the pair bond and behavioural interactions between individuals. The birds are nicely framed, and you have kept the colours muted, which is in keeping with the shady setting.

@JAG - You have three nice shots, but I particularly like #2, Tiger Heron. The background is lovely and soft, but with enough detail to provide habitat clues. The framing is nice and the body and head are in sharp focus and show a lot of detail.

@Third_Son - you submitted three technically great images, but of the three, #2, Ruthin Castle, is my favourite. The pose of the bird, in mid-call, conveys a lot of strength. The puff of vapour coming from the bird's mouth as it calls is great. It says "cold morning" and completes the whole scene.

@sarasphotos. I like all your images, and #3, Swan, is an especially nice portrait. There is nice feather and water drop detail and the background is lovely and soft. The pose and colours are very nice. I might have used a brush to brighten the eye just a bit, and if you felt like "cheating" you could insert a small highlight.

@GSPeP - #3. Looking for food , is a great bird shot. Everything about the pose of the bird and its gaze tells one that something dramatic is about to happen. The background is totally blank, which works in this image as nothing distracts the viewer from the bird and the story.

@Gatto - You contributed three great images, two of which are probably once in a lifetime captures. #2 "Blu 35 hook..." is a really intriguing image. The pose does indeed imply an American football huddle, and that is what I saw even before reading the caption; but perhaps you have to be familiar with the game to see that? Beyond the humorous pose is a big question. What are the birds doing? is there a desperate fish in the centre? The key character in the image, which is the bird at the centre, top, anchors this very radial image. All the bird heads contribute to the sense of chaos and competition that must be taking place.

@bfluegie - #1, Great blue heron grooming, is a great image. Capturing an element of behaviour such as grooming (preening?) is always wonderful. The feather detail is great and the bird is nicely lighted against a dark background. The perch (branch) provides a nice platform for the image, which is, overall, very nicely framed.

So now I have to pick placers and a winner from this wealth of superb images. It is redundant to pick honorable mentions here
.

In third spot, @Lab_Tested with the fine image of a Northern Screech Owl 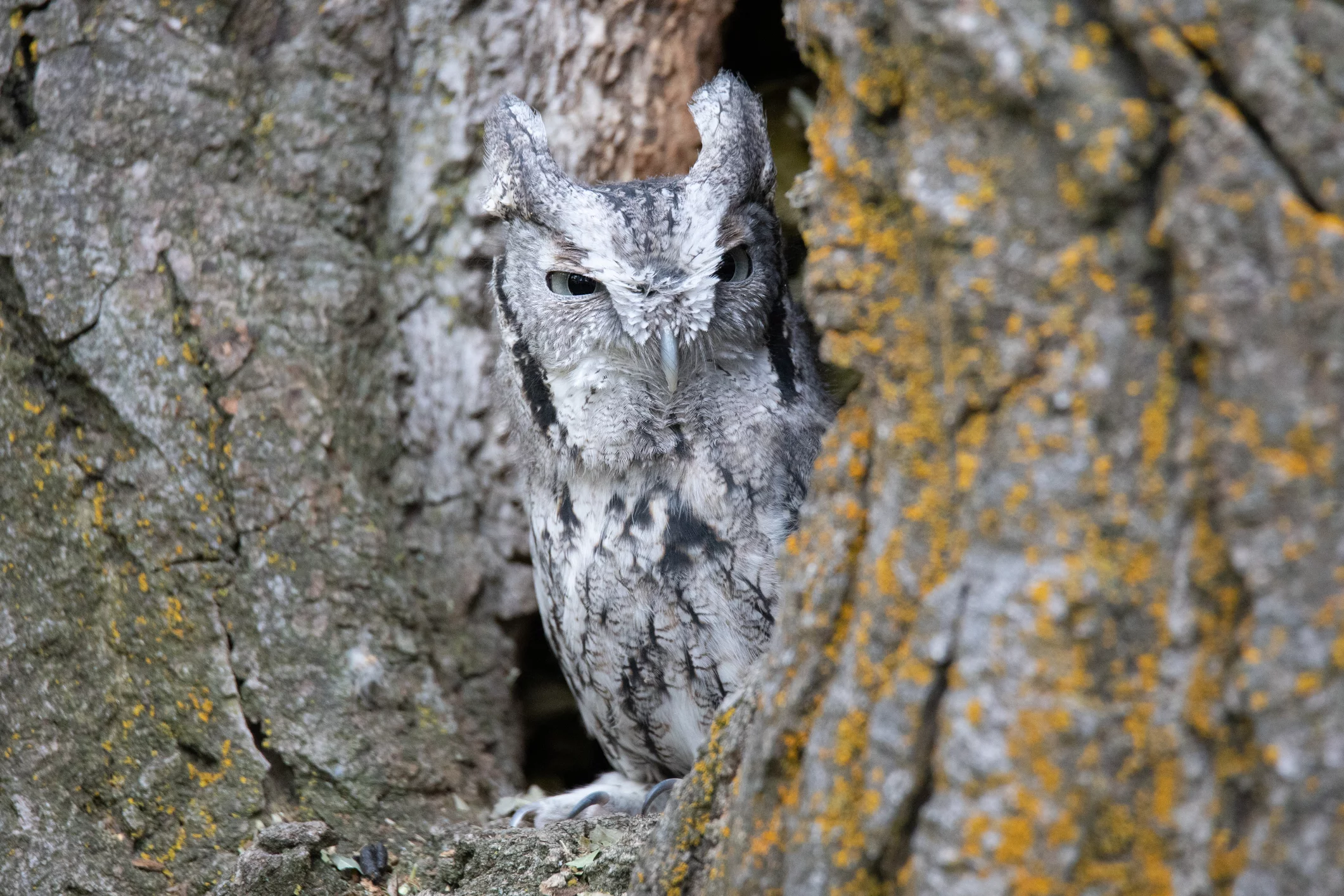 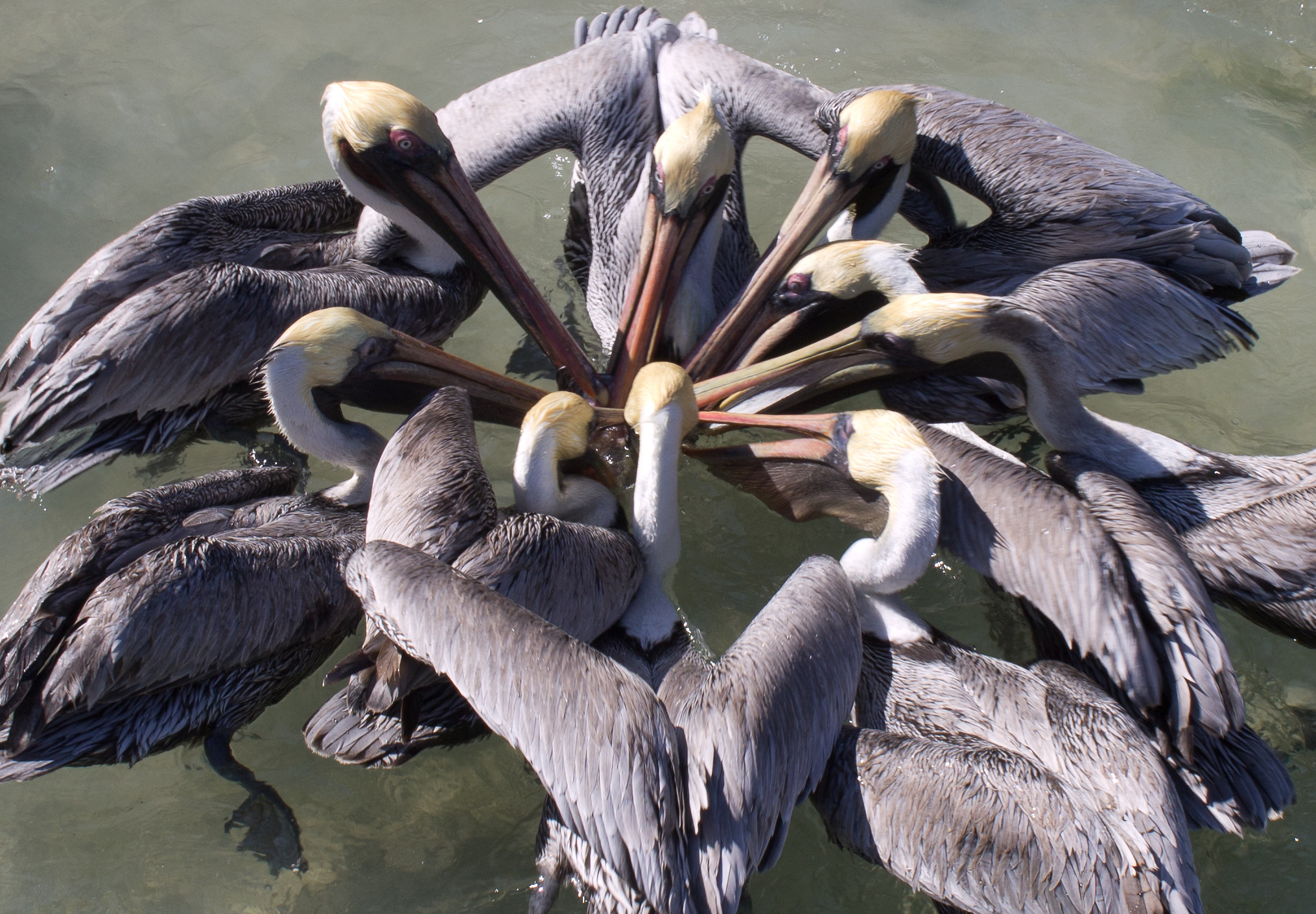 And in first place, and earning the duty to start the next mini-challenge, @Third_Son with the spectacular image of a peacock, Ruthin Castle. 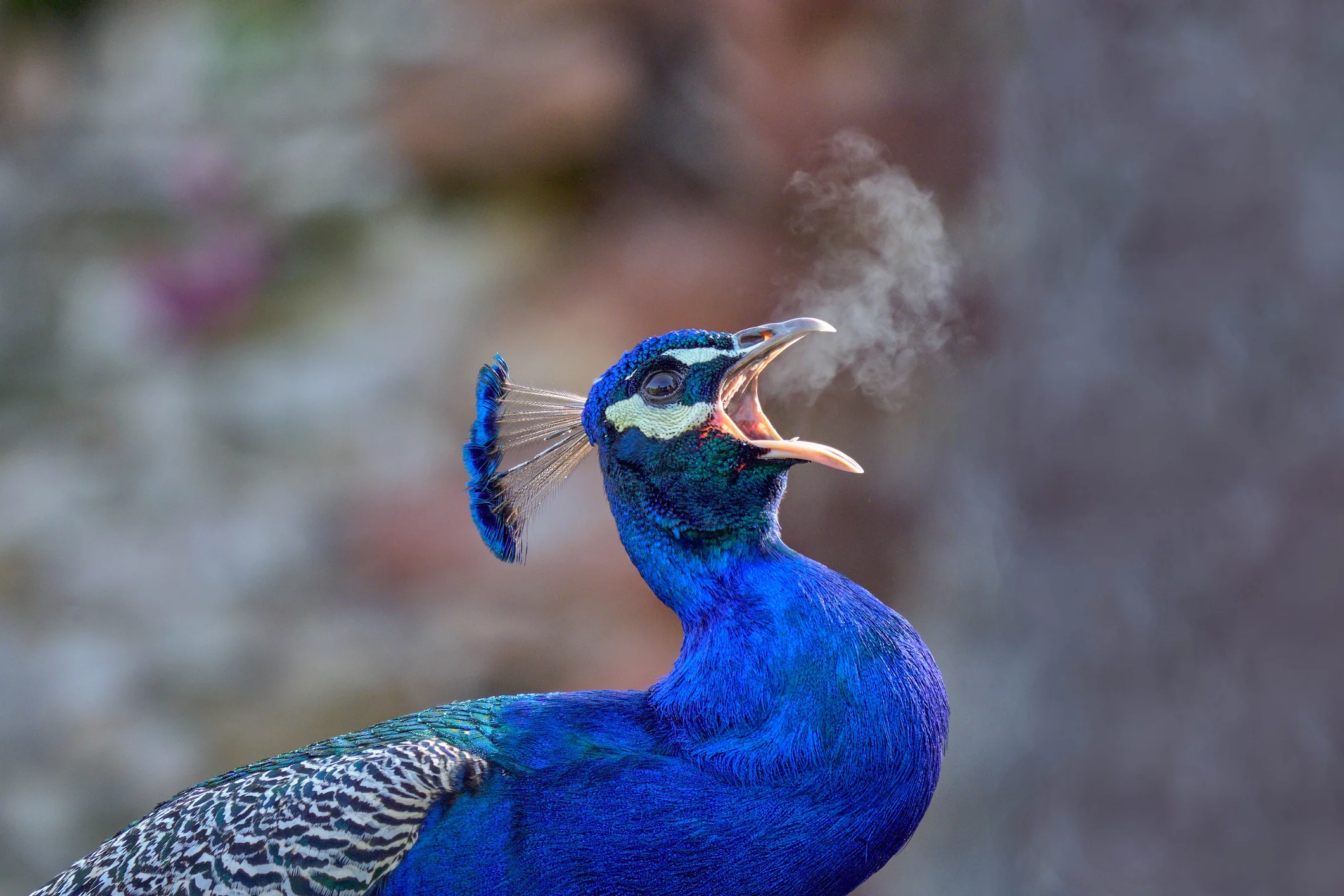