We've been socked in for-eh-vur with clouds, pretty much ruining most of galaxy season, in terms of shooting opportunities. But hey, no big deal, gave me plenty of time to learn more about deep sky astrophotography post-processing techniques. Boy, what a mind trip it's been, and I still feel as though I 'know nothing, John Snow'.

Since the skies are cloudy, I decided to have another go at some old data, shot back in mid-December. The first go around, I managed to produce a very pink, red-star-colored, satellite filled image that, while impressive, left much to be desired. So I had another go. This time, I used more in-depth custom tuning of the stacking process (Astro Pixel Processor), focusing more on noise reduction, overall detail, and outlier removal (satellites). Also, I made some progression in star reductions and color preservation.

Yeah, it sounds weird, complicated and confusing because it mostly is, but somehow I'm managing to muddle through it. lol

Here's the updated version of the image. I still sent it through Lightroom for a little bit of work, and bumped the color sat a tad because I like it. But I realize that most true astro-junkies would probably say it should be less vibrant. Oh well 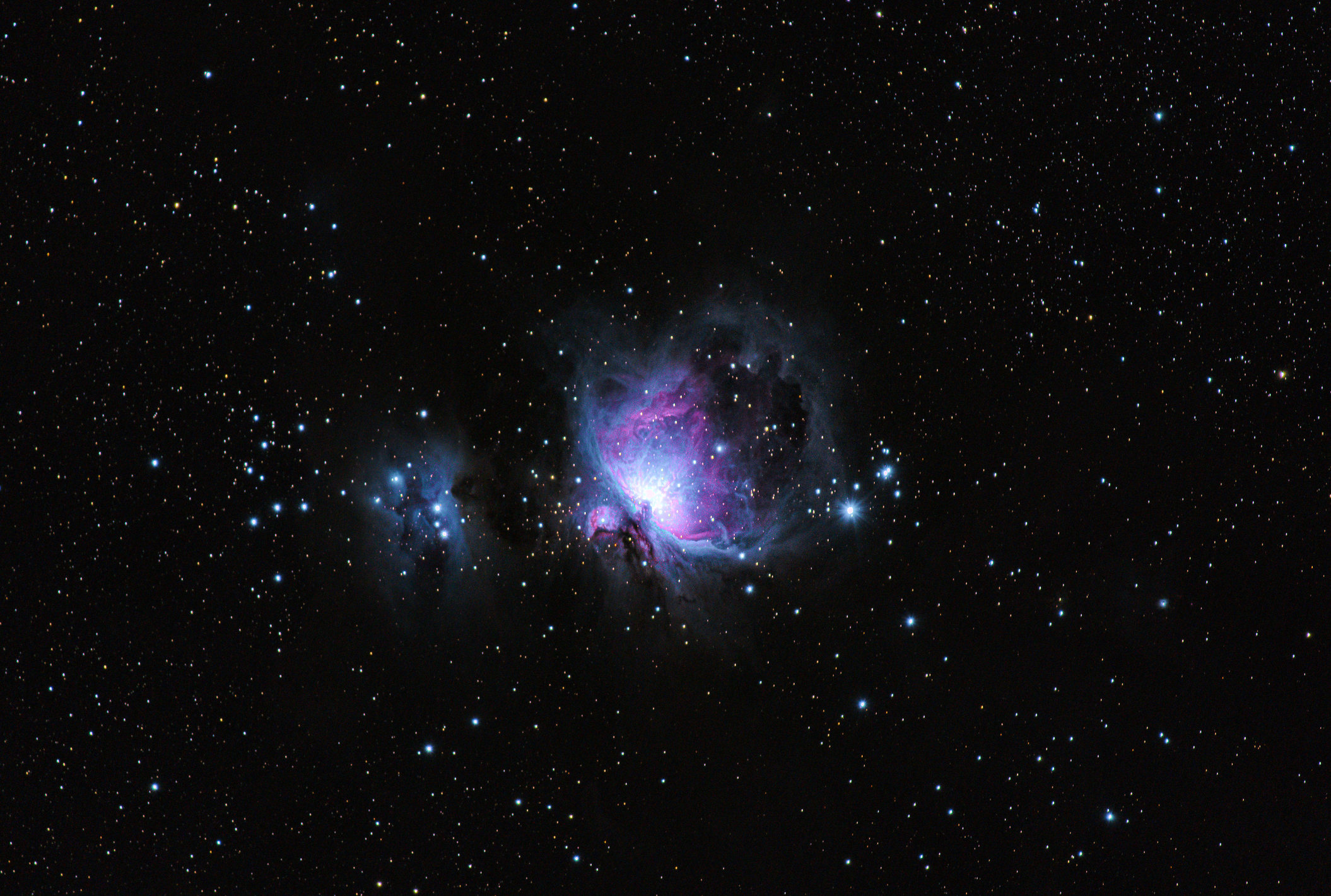