About a decade ago, we had a partly-buried apple tree stump in our garden and females of this species used to come and inhabit it each spring, presumably laying eggs. We never saw any larvae. That is all long gone.

Anyone who follows my posts will know that I have a stack of rotting (5 years?) Sycamore logs in my garden where I find Slime Moulds and fungi, which search for every few days. It was during one such check that I, having pulled back the rain-proof tarpaulin, found this handsome fellow on top of the pile.

He was something like 2cm long and his large mandibles and orange moustache confirmed his gender. Although very slow moving, he moved enough appendages to permit only one stereo pair. 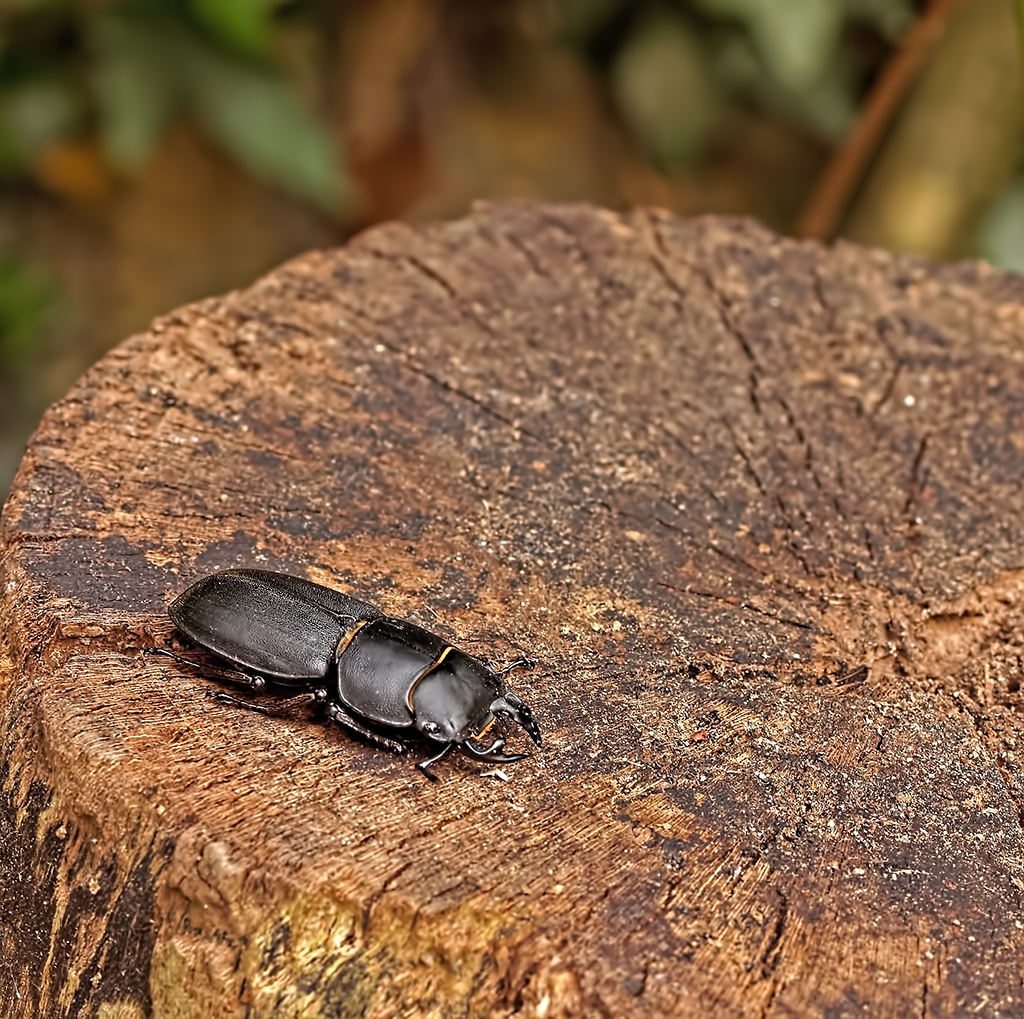 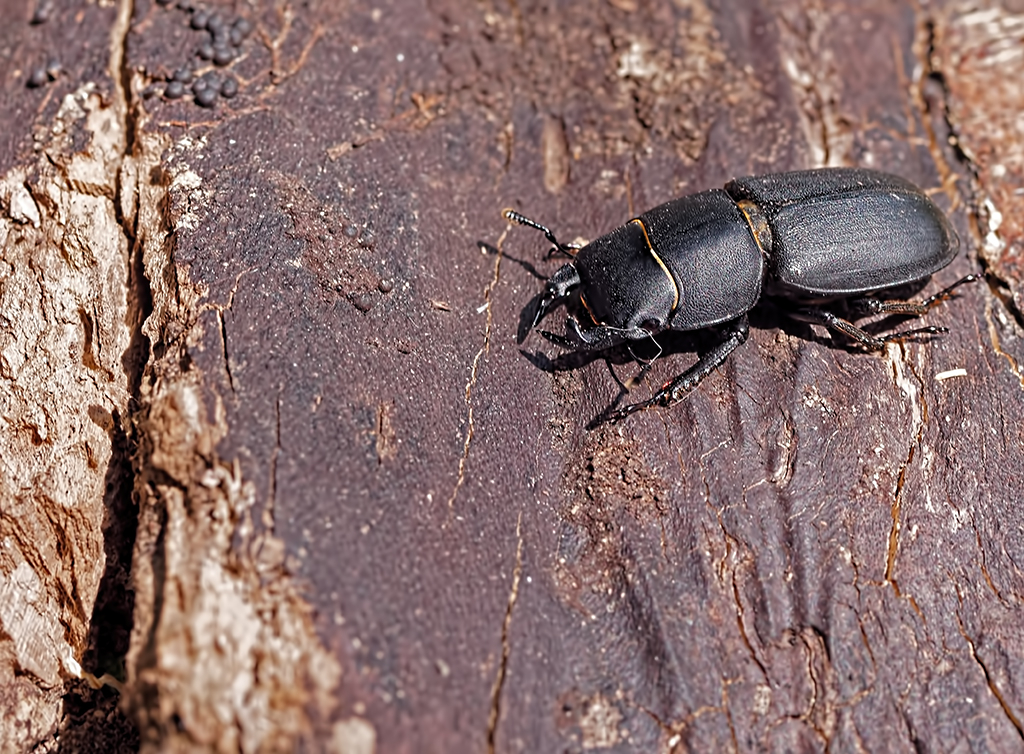 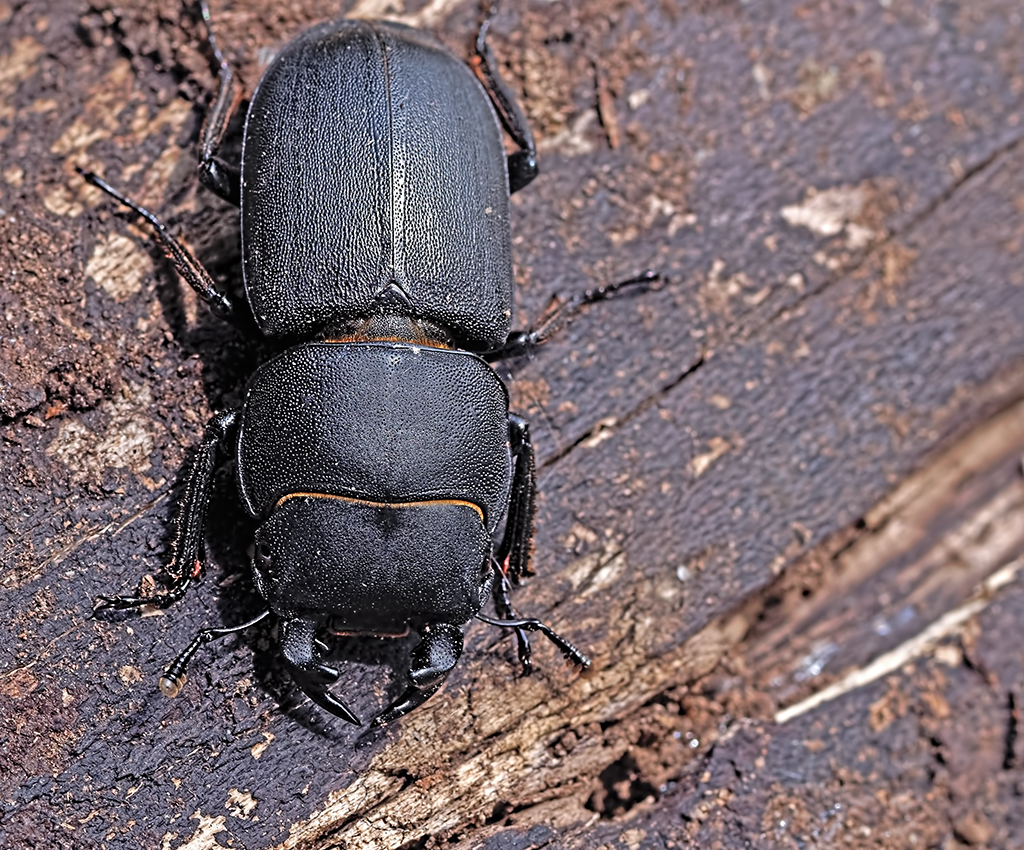 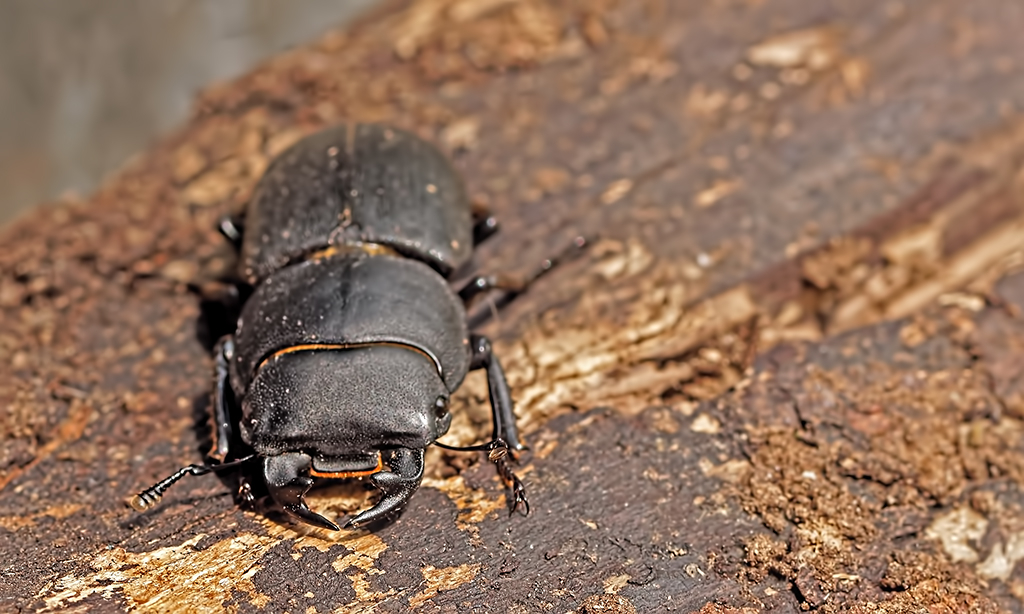 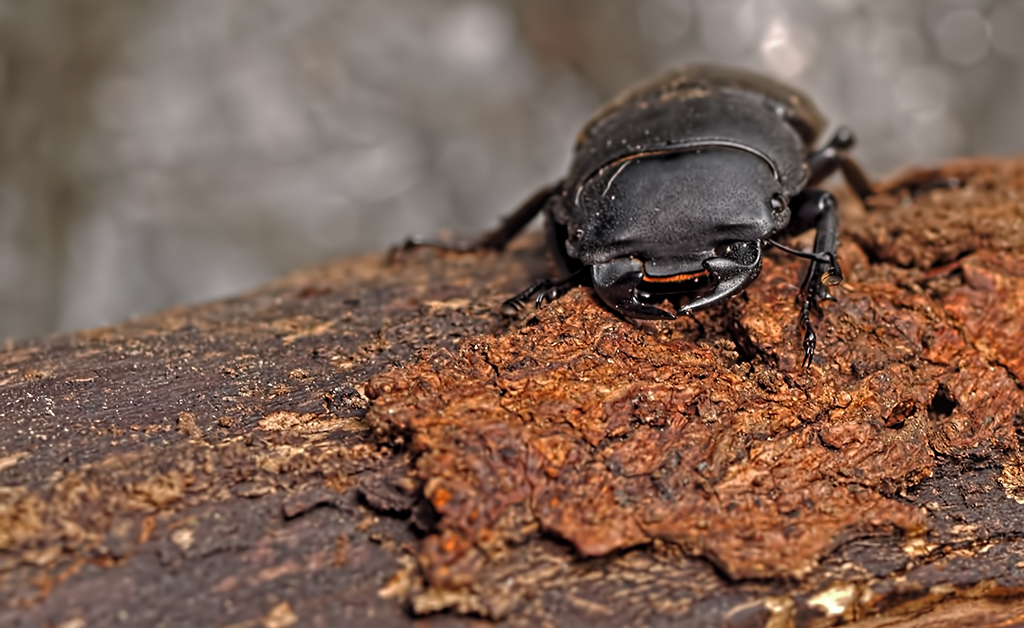