A couple of days ago, I thought I saw a crab spider like none I had seen anywhere before. While I tried to get in position to photograph it disappeared. I waited for it to reappear but it did not. As it had the same colour, and long legs, as the numerous Nursery Web spiders, I thought I had been mistaken.

Yesterday, I found it near the top of a low (dock?) plant which as swaying in the gusty breeze, in and out of sunshine.

It was head-down in a cleft between leaf and stem. To my surprise, I was able to gradually peel away the leaf cover, even the one resting against it, as the session progressed.

This was in a patch of wild, unmown garden, which I have searched for macro subjects on every fine, warm day for nearly two decades and not seen this species until this week.

The stereos are crosseye. For the last one I have not used the auto alignment as it would have truncated the abdomen. 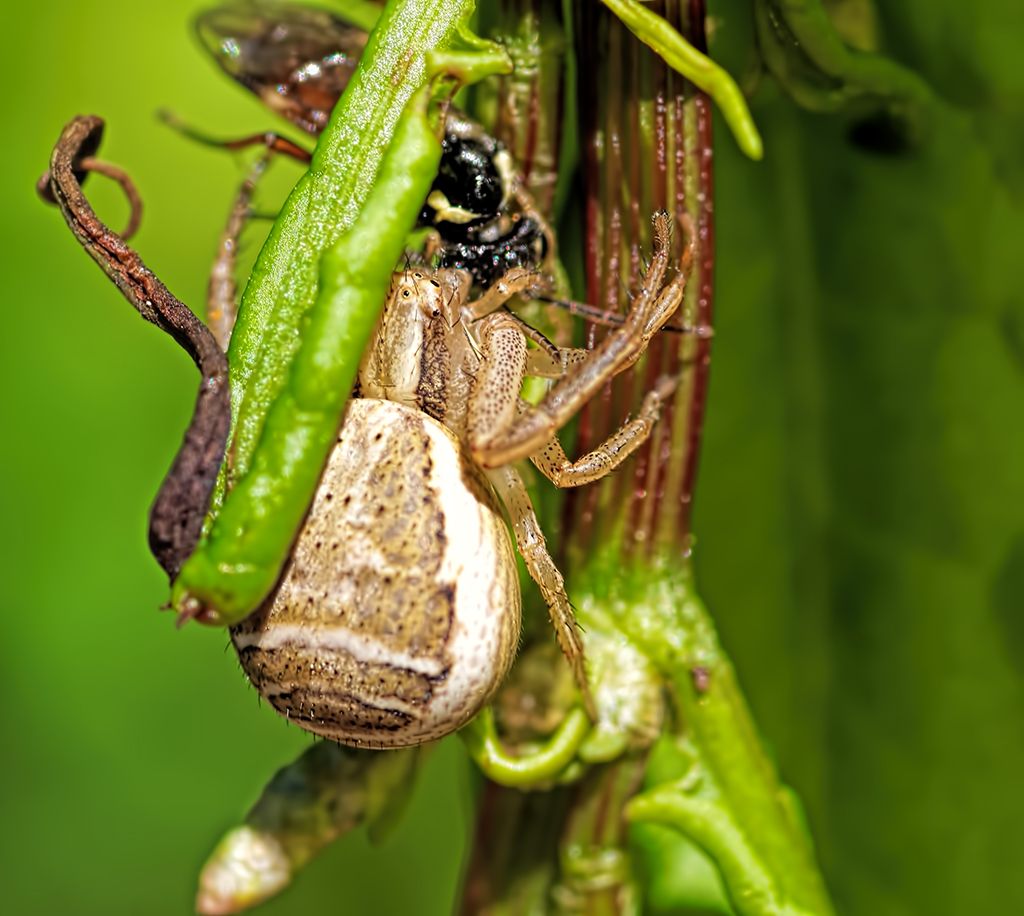 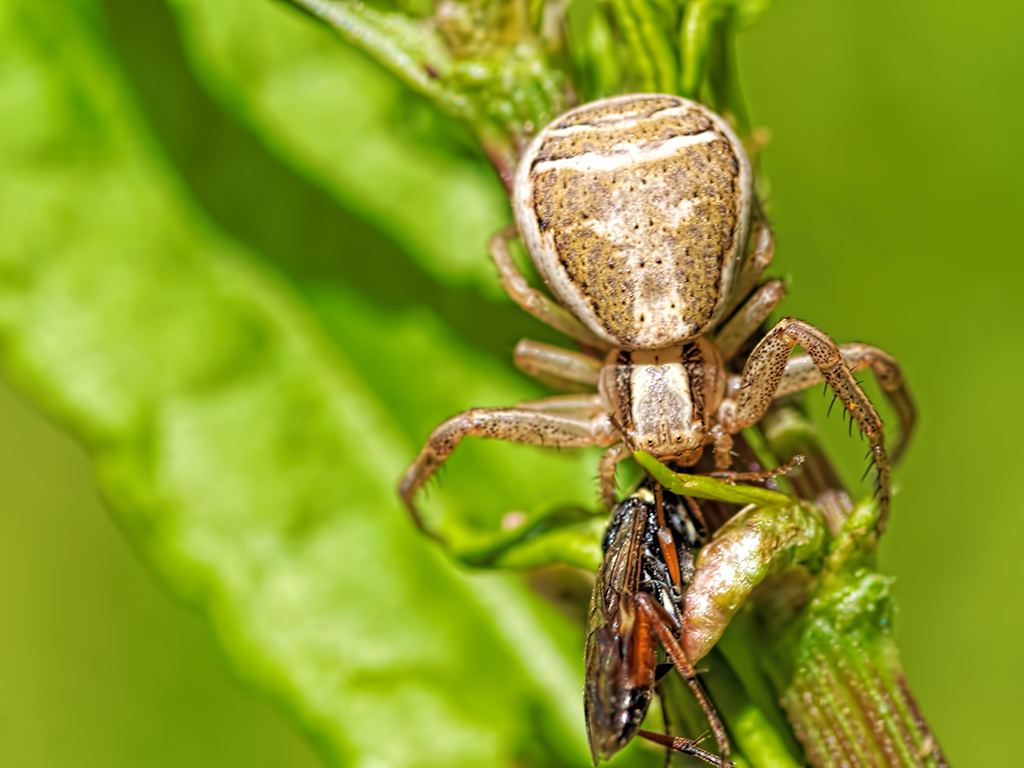 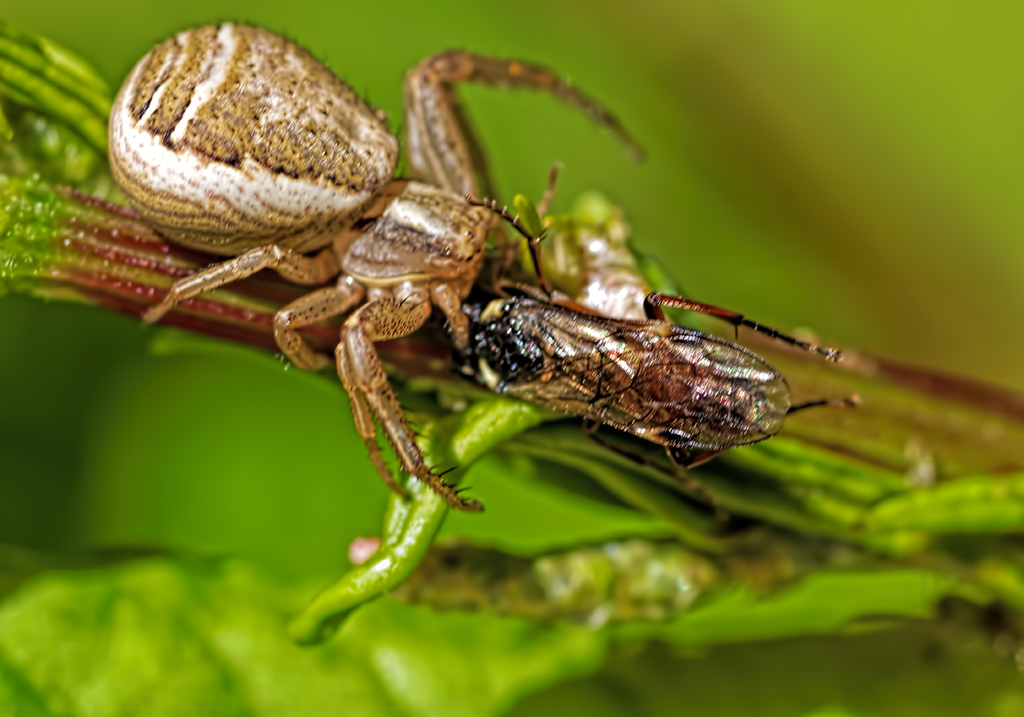