I saw this one yesterday, for the first time and very briefly.

It was on a bramble (Blackberry) leaf, partly shaded by another.

I wanted to ease the stem fully into the sunshine. This could easily out it to flight so I took this insurance shot first. That was the right call because I had only touched, not moved, the supporting stem (well below the beetle) when it let go and toppled down, disappearing out of sight. It did not reappear.

I moderated the shadow digitally and I can now see enough to identify it. The records are very numerous in southern England but very sparse further north and west, restricted to some costal(ish) localities in Wales and in northwest and northeast England.

It is to be found congregated on Bramble flowers. The first few of ours are open, with hundreds to follow. So maybe I will soon find this species again. 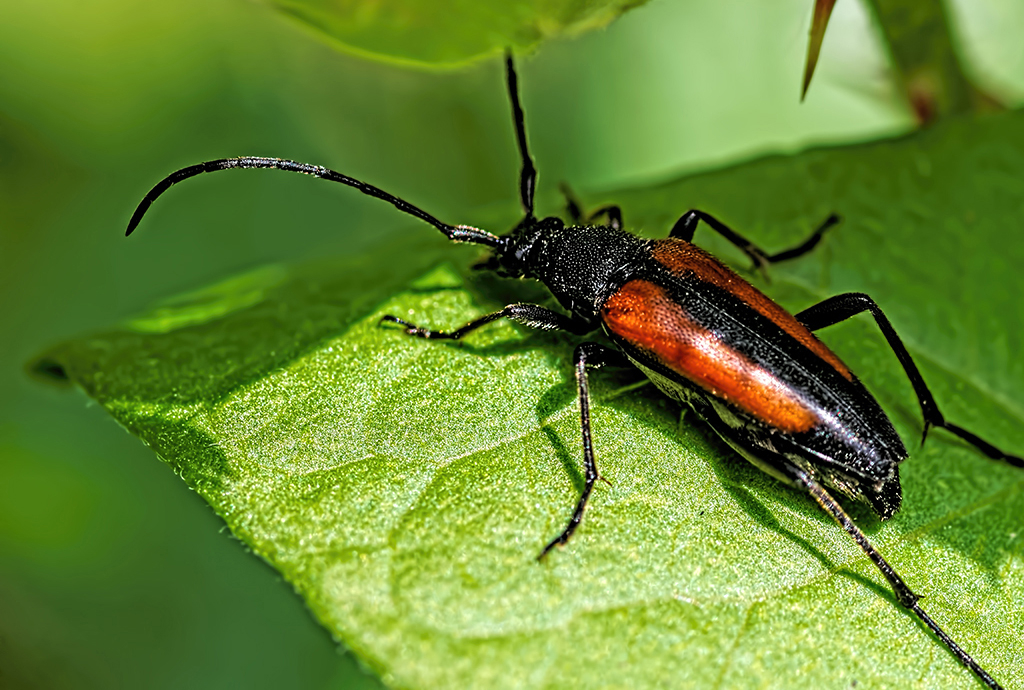