Tarpon Springs, FL. is the natural sponge capital of the world. Synthetic sponges have largely taken over the market but there is still a healthy demand for the natural sponge. Tarpon Springs is on the west coast of Florida, just a little north of Tampa. It has a strong, strong Greek influence to it. The industry really got to cooking in the very early 1900's . Rubber diving suits with an air supply and a bell-shaped helmet became available and that opened up the shallower waters of the Gulf Of Mexico to sponging. The industry grew rapidly until a sponge blight hit the area in the early 1940's. That shifted the main supply point to the Mediterranean area. The sponges came back to the Gulf in the early 1980's . Concurrently, the blight hit the Mediterranean at the same time and Tarpon Springs regained its title as the Sponge Capital of the world. It still holds that title.

Tarpon Springs also supports a very active fishing industry today. If you make it to the west coast of Florida, you won't regret a visit to this fascinating little place.

A couple of boats outfitted for sponging.. 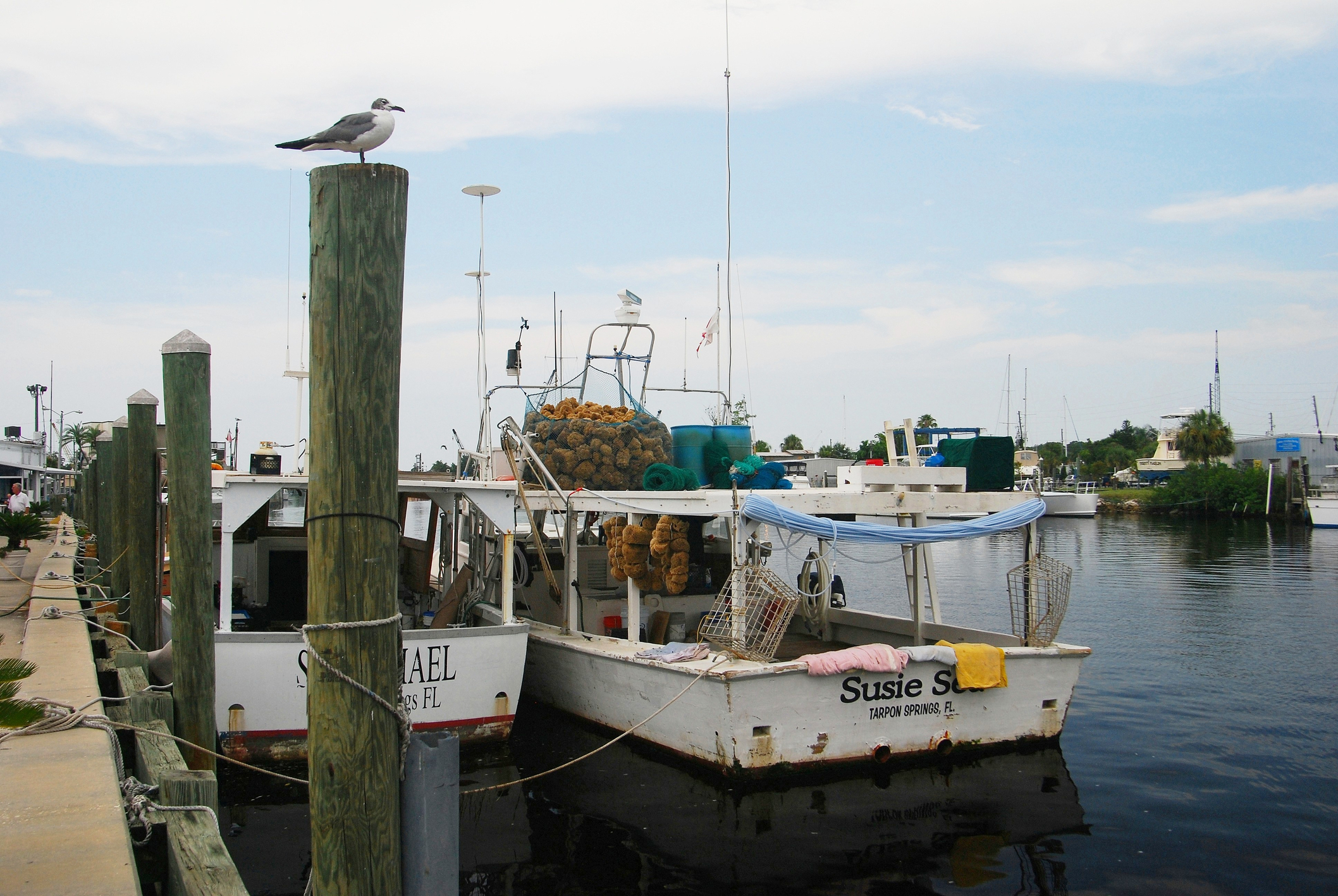 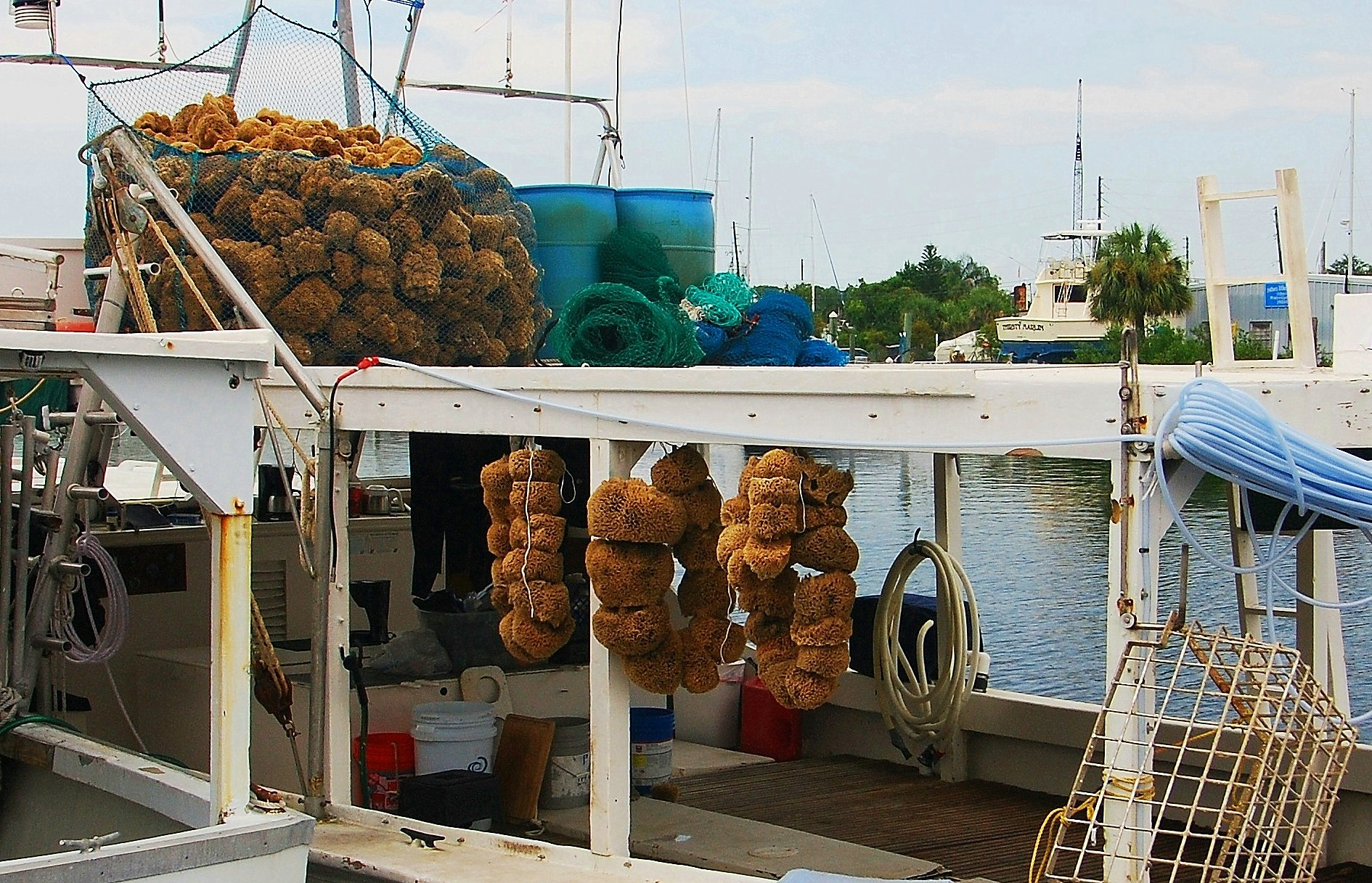 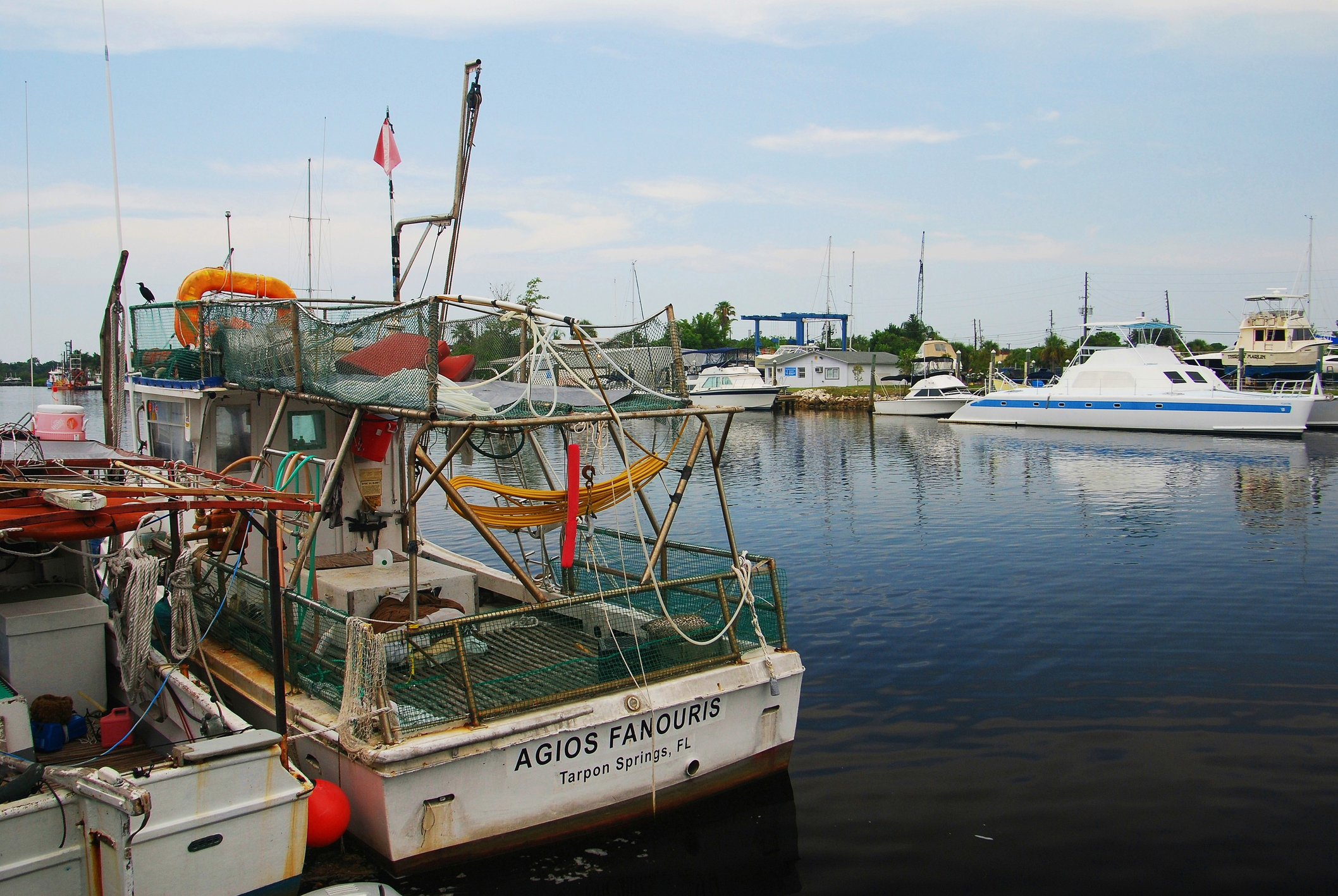 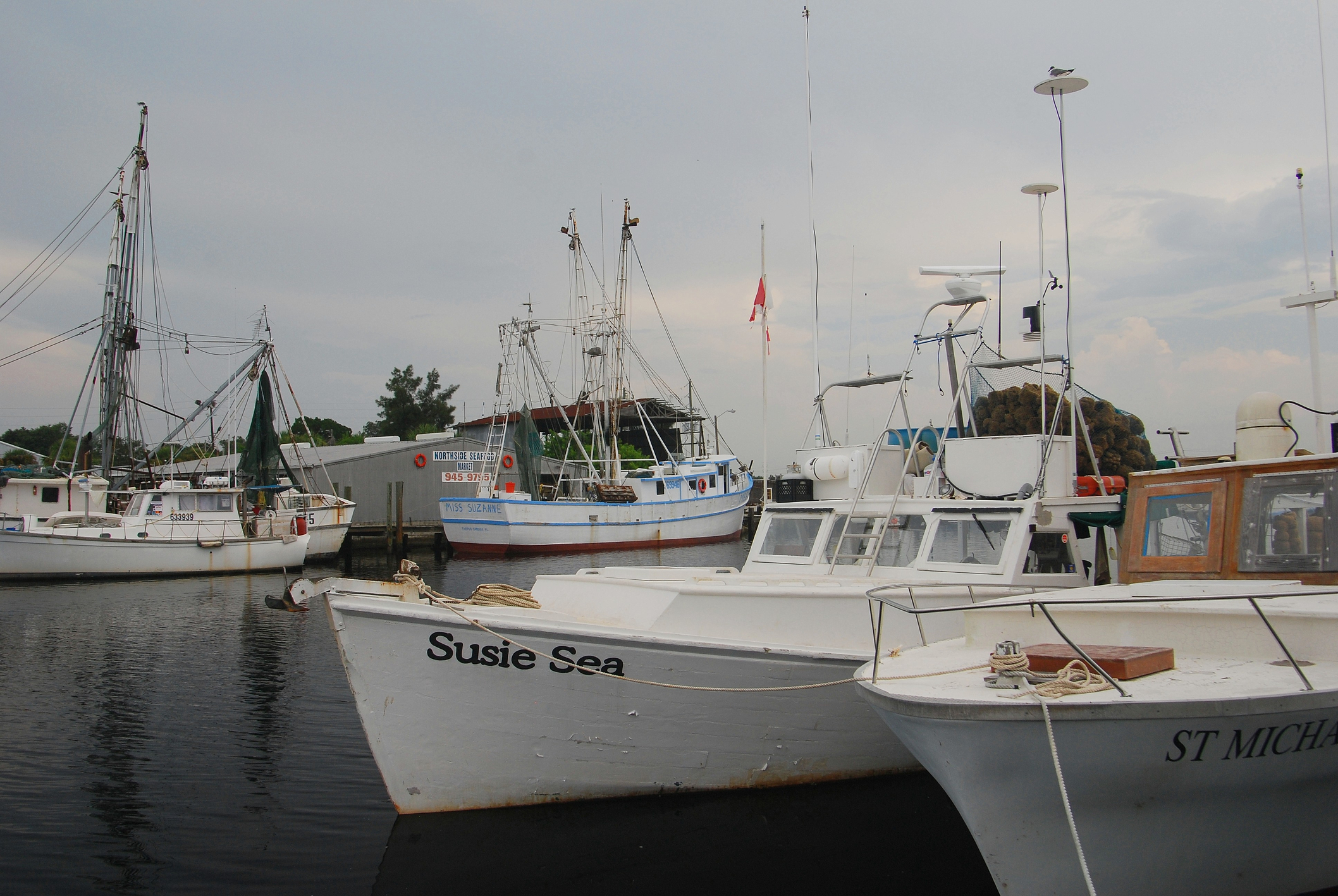 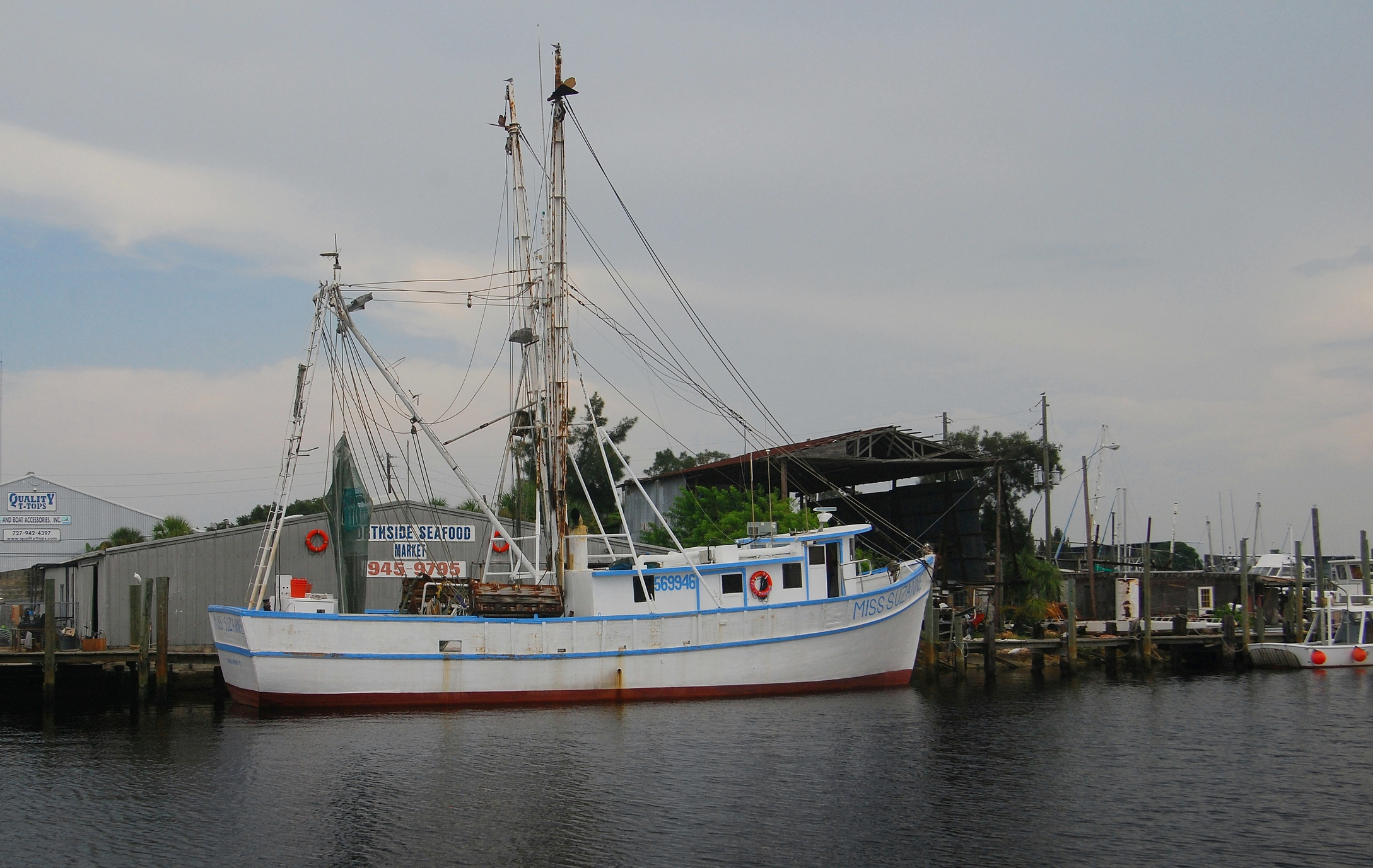 The sponges are brought in, sized, graded, and offered for sale. 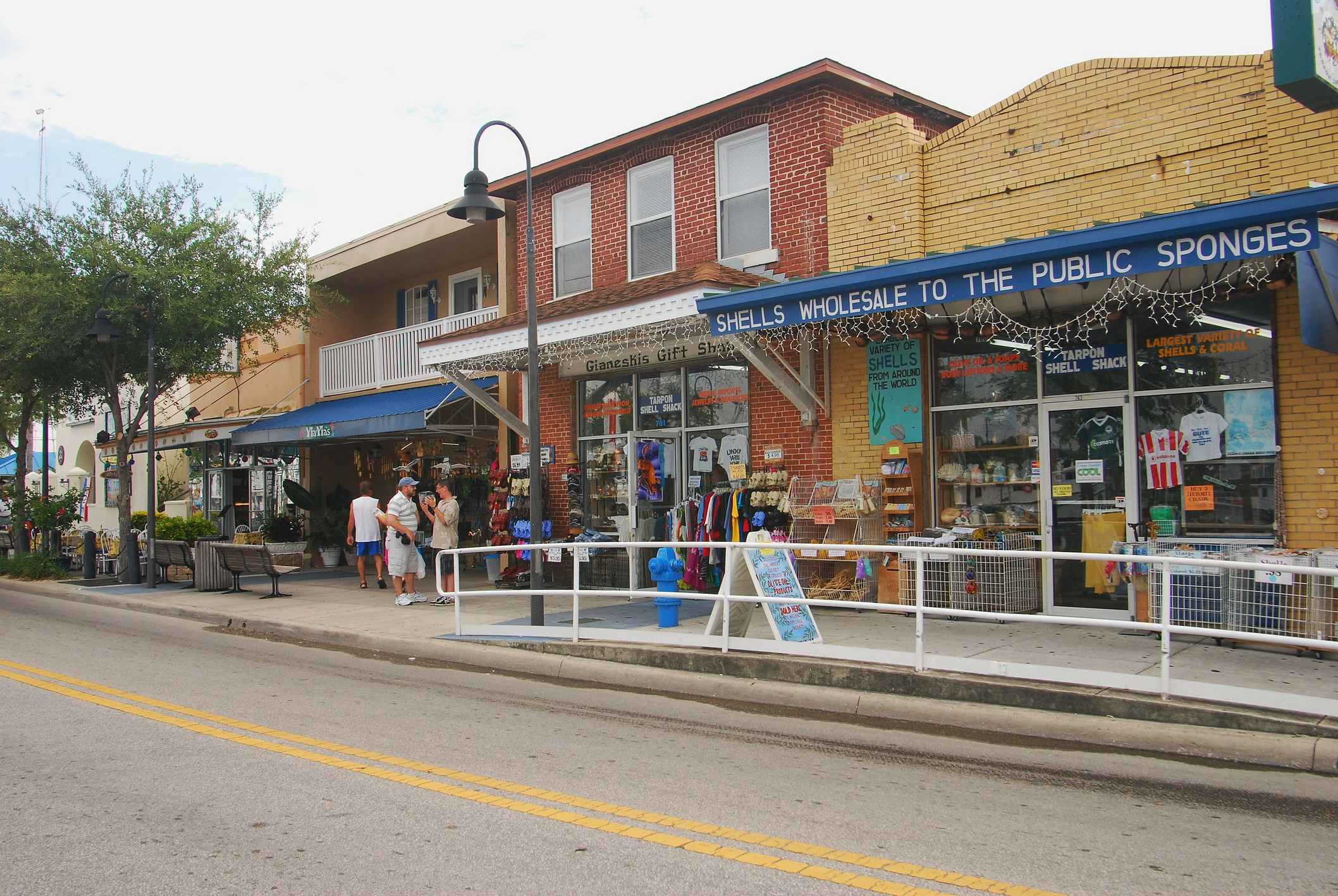 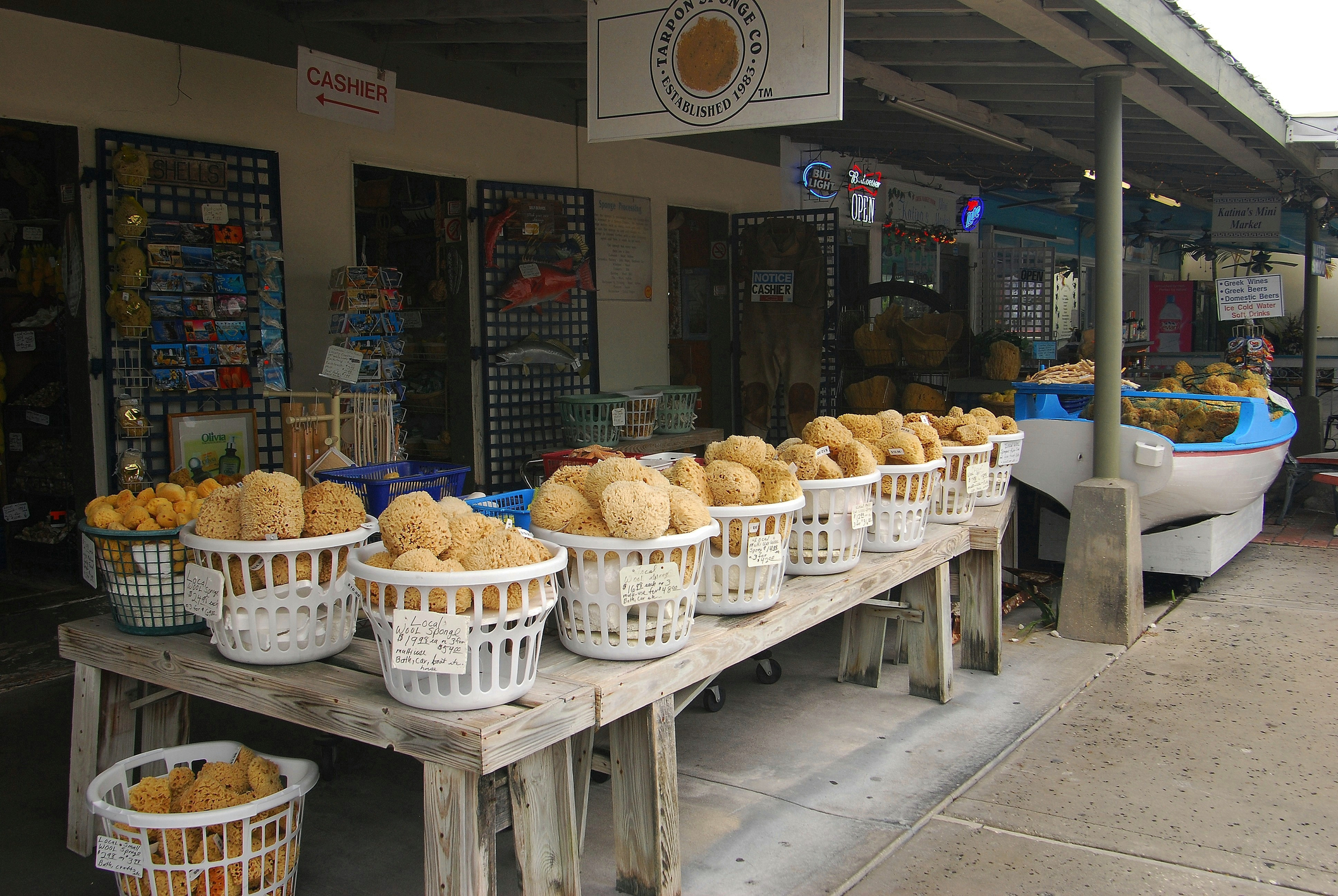 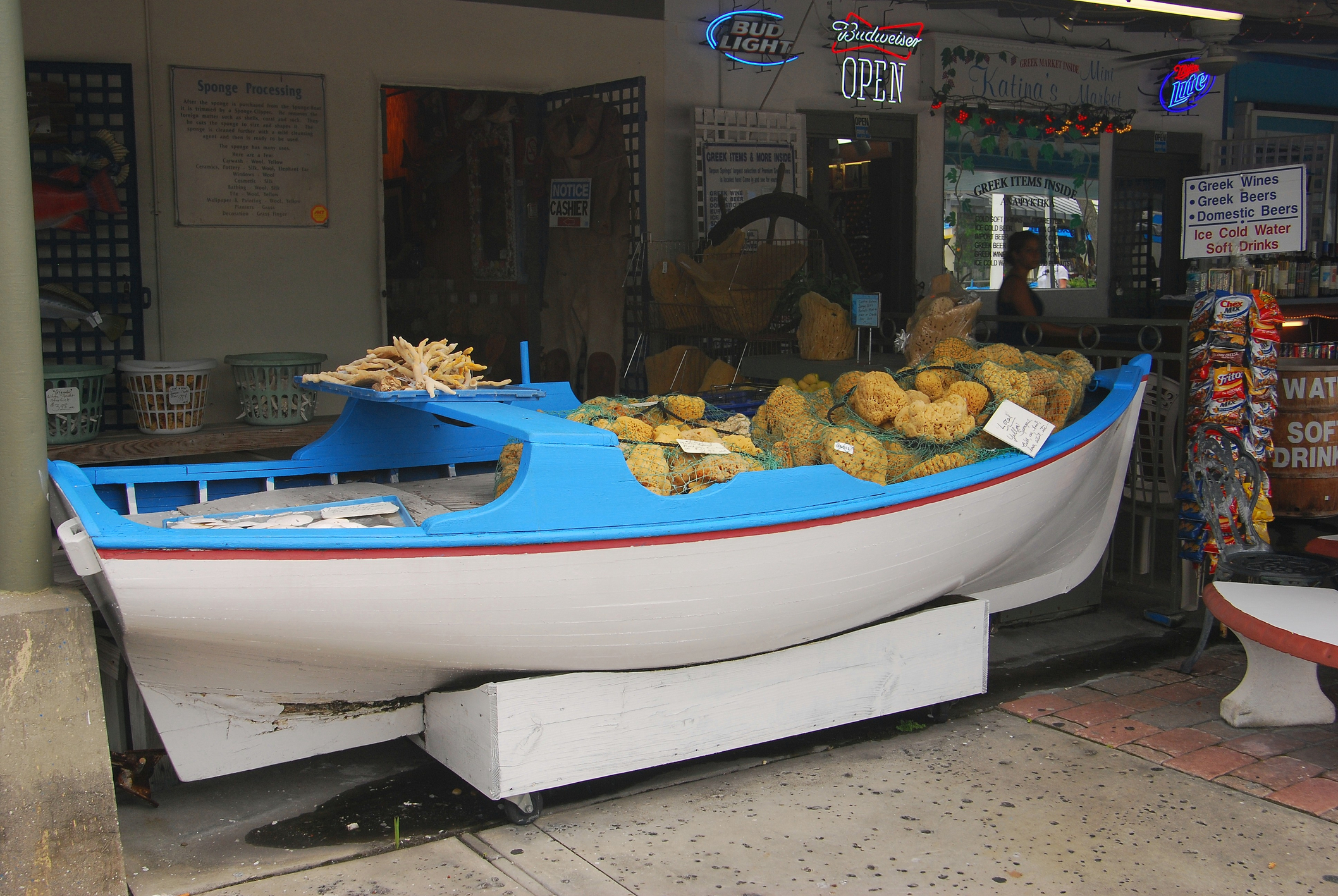 Incidentally, the loofa brush often used for bathing and cleaning is not a sponge....it's a dried-out portion of the loofa plant