I was examining my pile of rotting logs for fungi and Myxomycetes and not finding much.

I had a particularly dry and crumbly piece in my hand. The was an extensive colony of Ceratiomyxa fruticulosa, of which I had numerous images already. Then I spotted four tiny white objects, the largest about 4mm across. After a closer look, I decided that they were an emerging slime mould, although I had no idea which species it was.

It will be named alongside further images in the next few days. 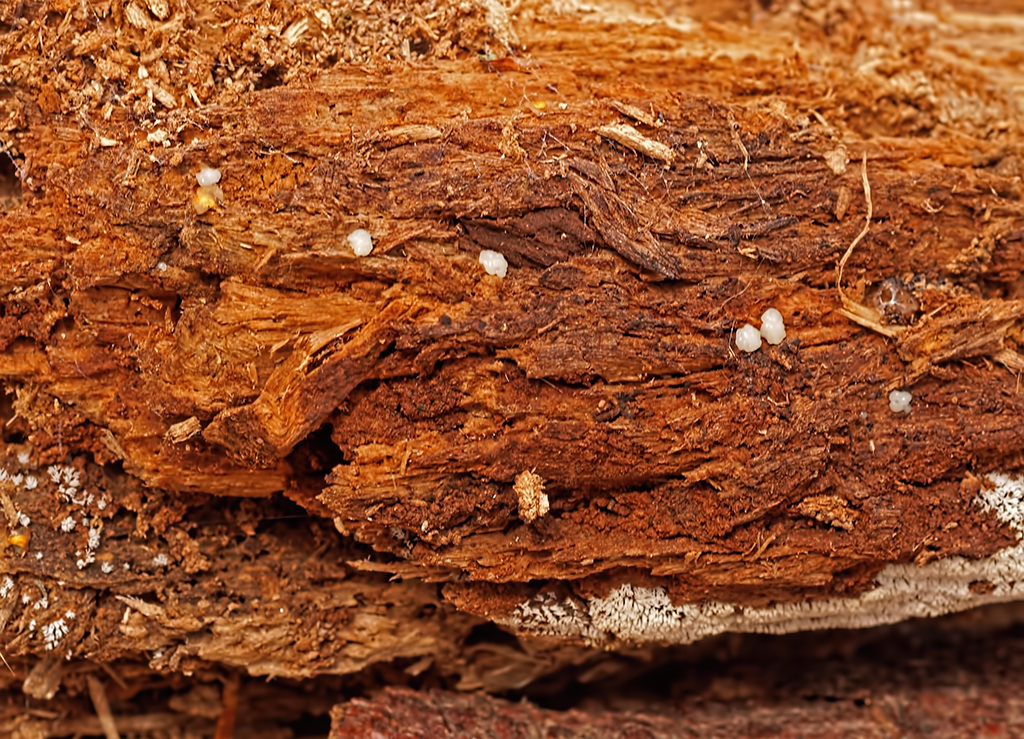 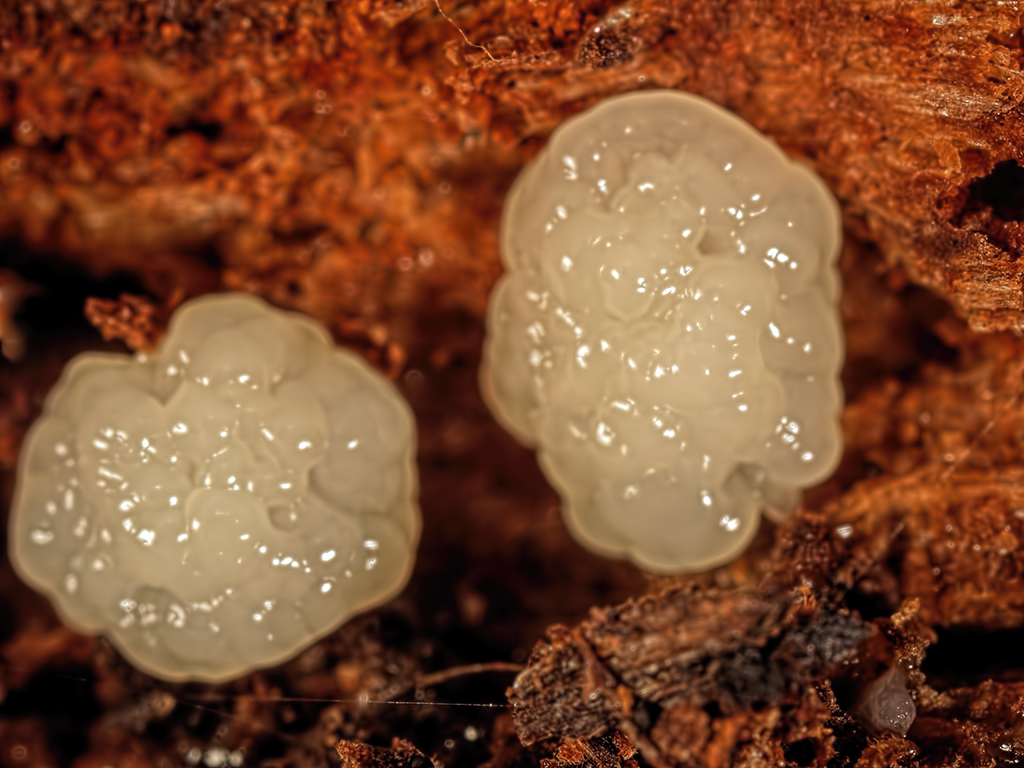 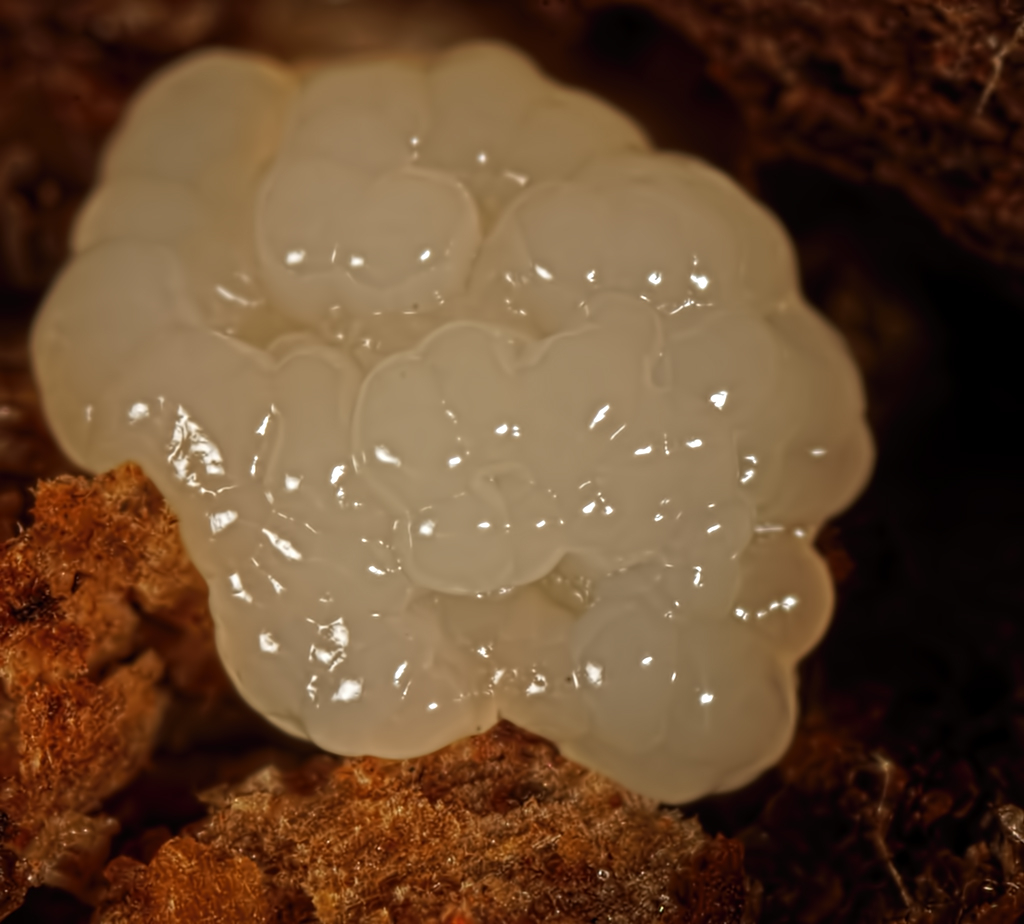