I said, recently, in a post that I regularly checked all the likely habitats in my garden for fungi and slime moulds. In fact there was one which never looked promising and had difficult access. This was a willow log surround to a raised bed for strawberries, partly covered with chicken wire.

Yesterday I was finding nothing elsewhere so I took a look at bits of detached bark on the soil. All I could see was, on one piece, some tiny orange and yellow blobs, perhaps an emerging fungus for another day.

I decided to take a closer look and was surprised and delighted by seeing a slime mould which was immediately recognisable and was new to me.

This species seems to exhibit a number of colours of the fruiting body, the ones shown being the most common. I have retained the colonies for further observations.

They were on the inside of the bark. It was an unusually flat piece, allowing some shots at f5.6, rather than the usual f8 or f11.

The magnification gave a field of view of 7mm or 3.5mm.

Notice how a border around each fruiting body defines them very well. 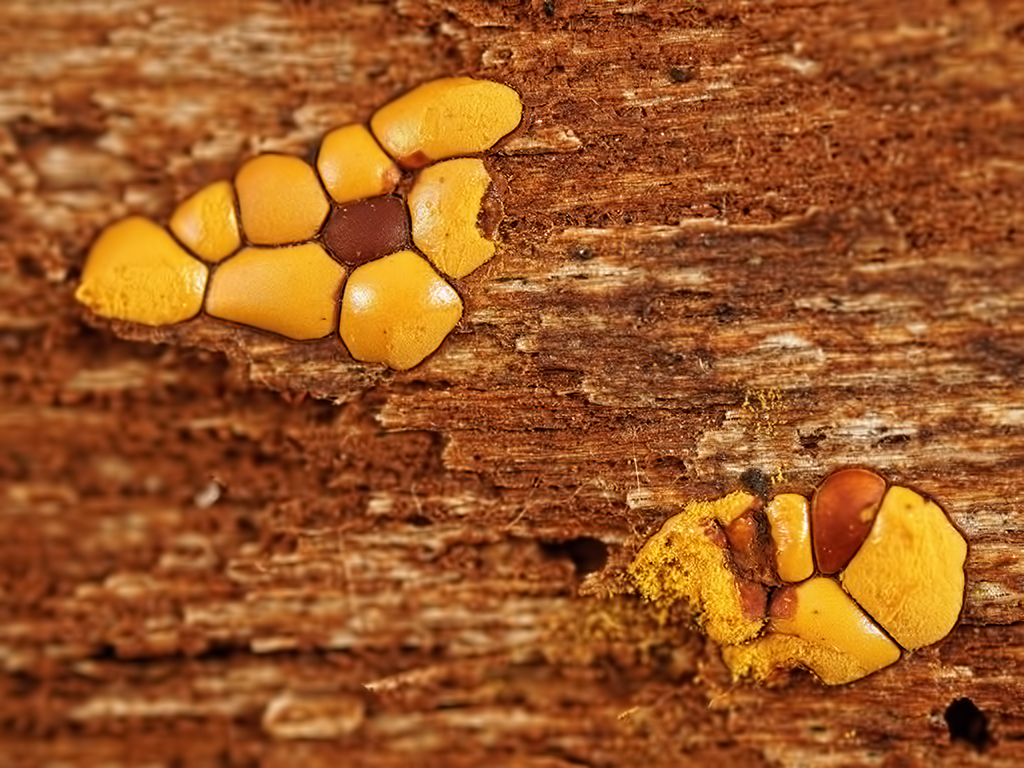 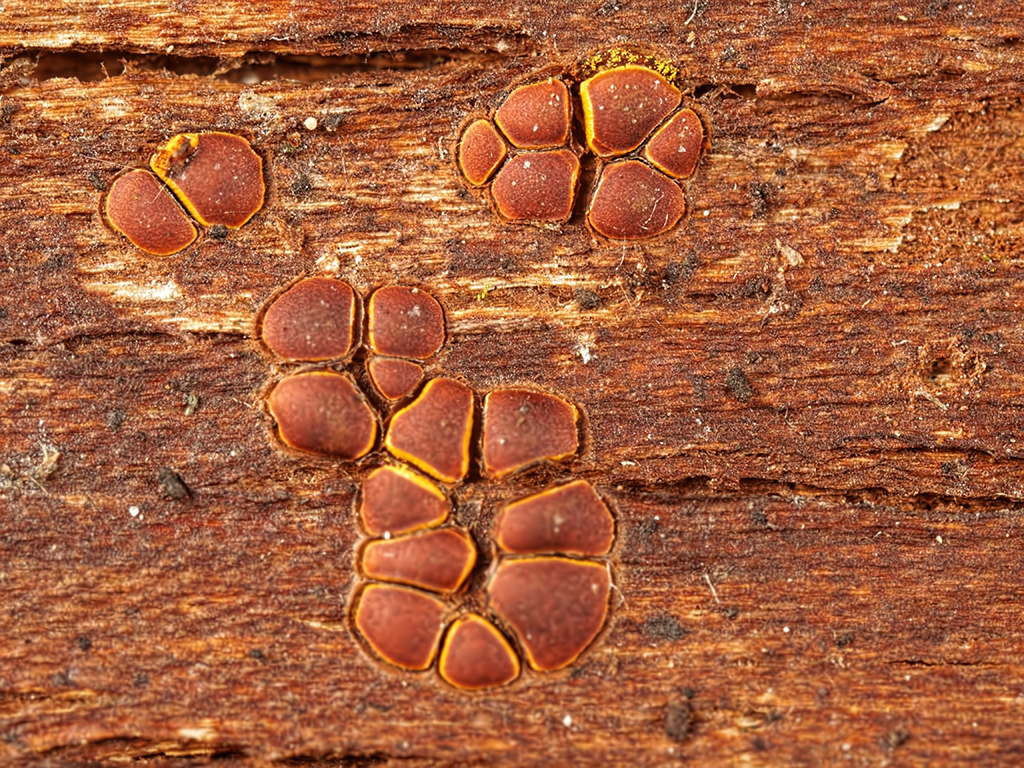 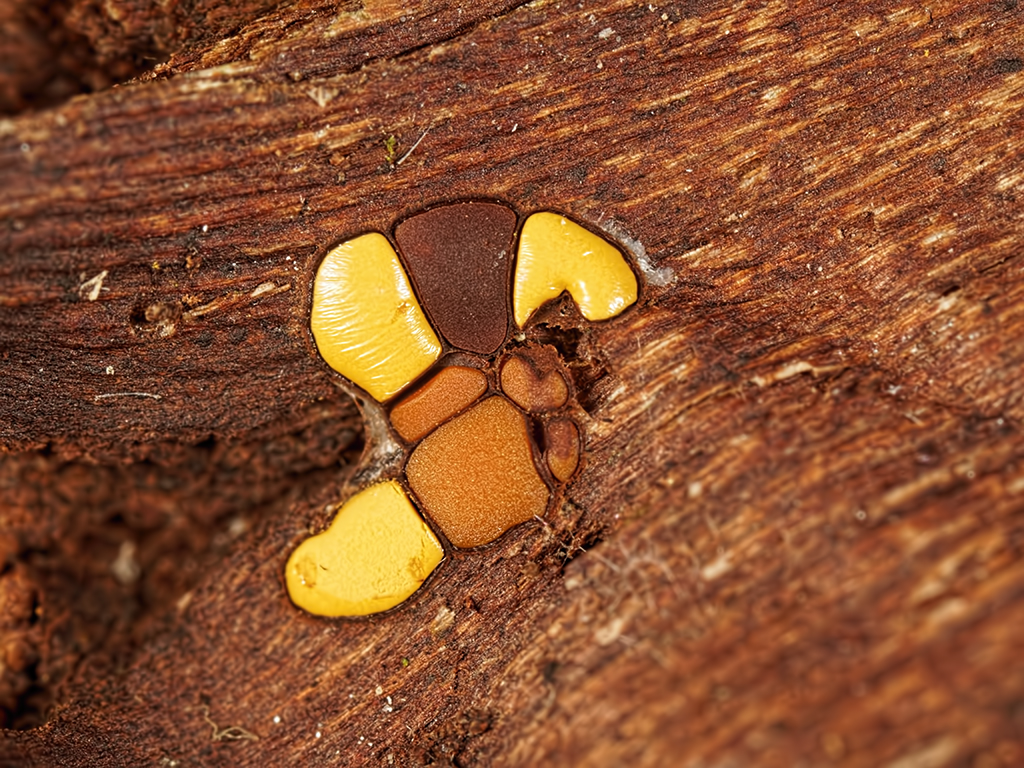 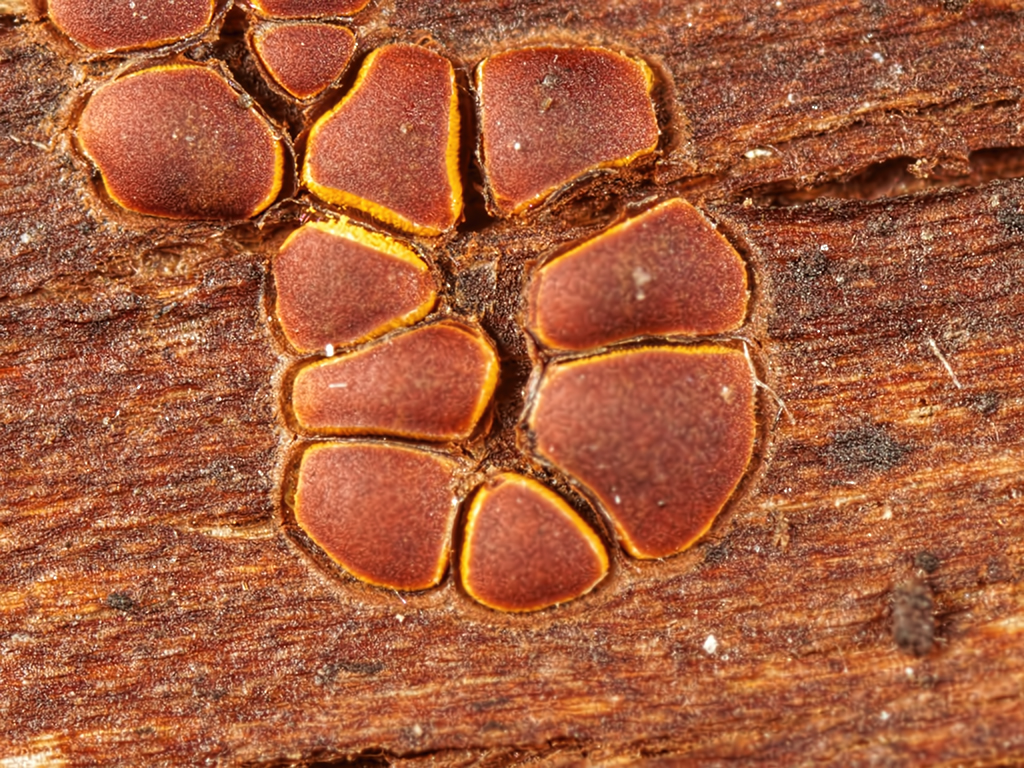 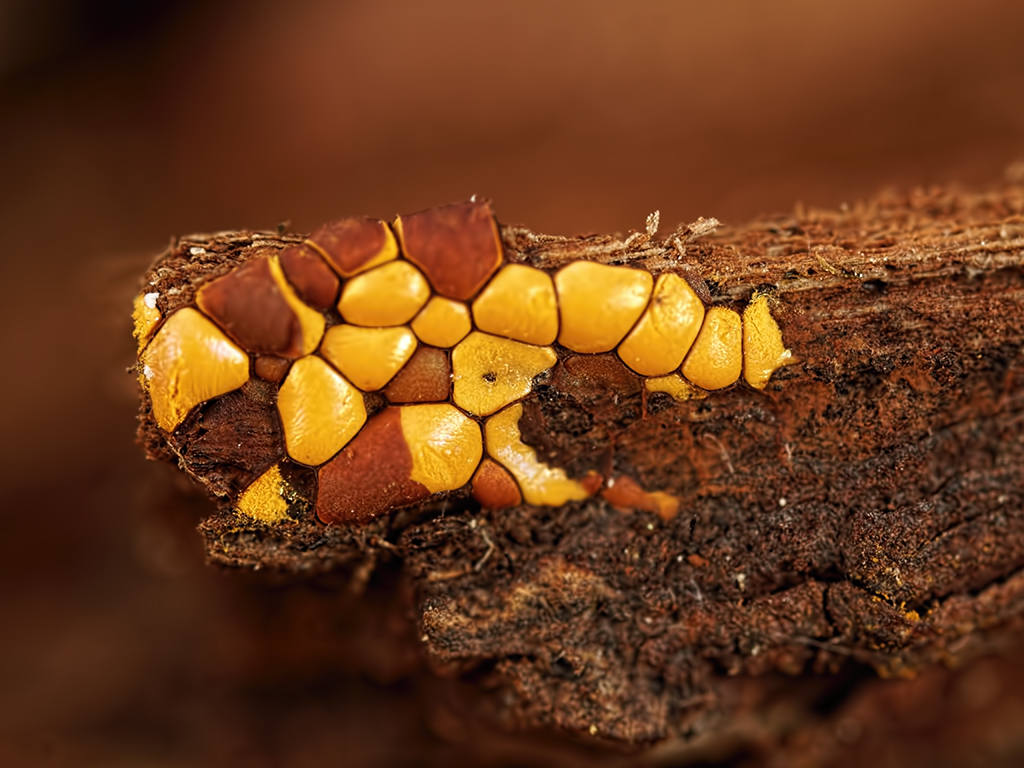 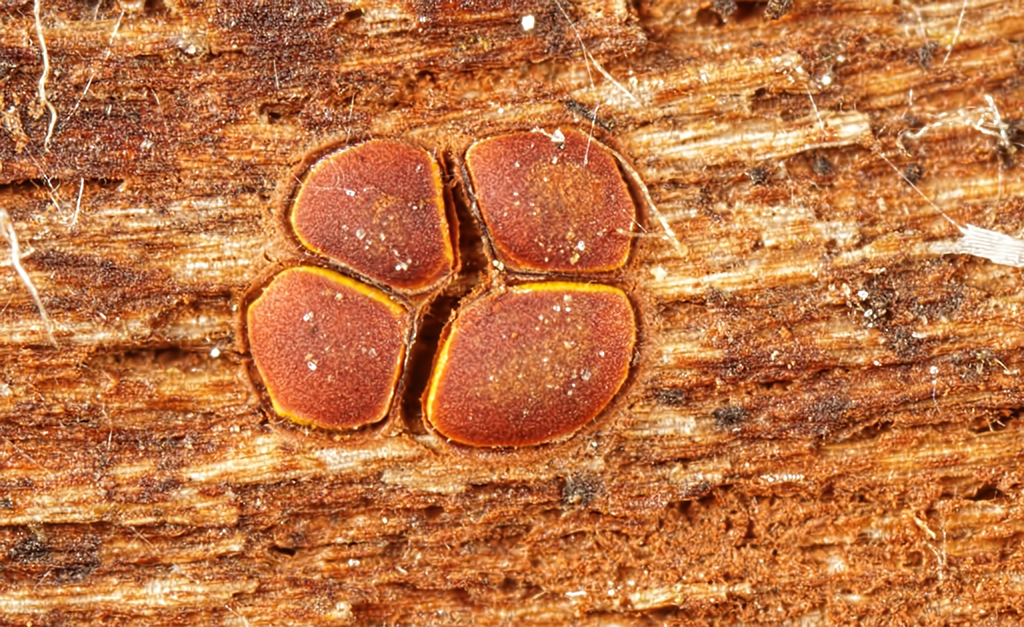