On 30 August I took some kitchen scraps to one of our compost bins. As I opened the lid I saw a small, white triangle (20mm?) on the inner wall opposite me.

Further investigation showed there to be three, widely-spaced colonies of slime mould, of unknown species, all at the same level, 20cm or more above the rotting vegetable matter. Why were they so far from the food source?

I documented changes in the colours of the colonies. Eventually, they all turned shining black. This colouration, together with their crowded nature fitted only one species, Linbladia tubulina. This is a monotypic genus i.e. there is just the one species.

I followed them through September until it seemed that they were in a resting stage.

I still didn’t know when they were distanced from the food supply. Then, in late October, the mystery was solved. That is for part 2! 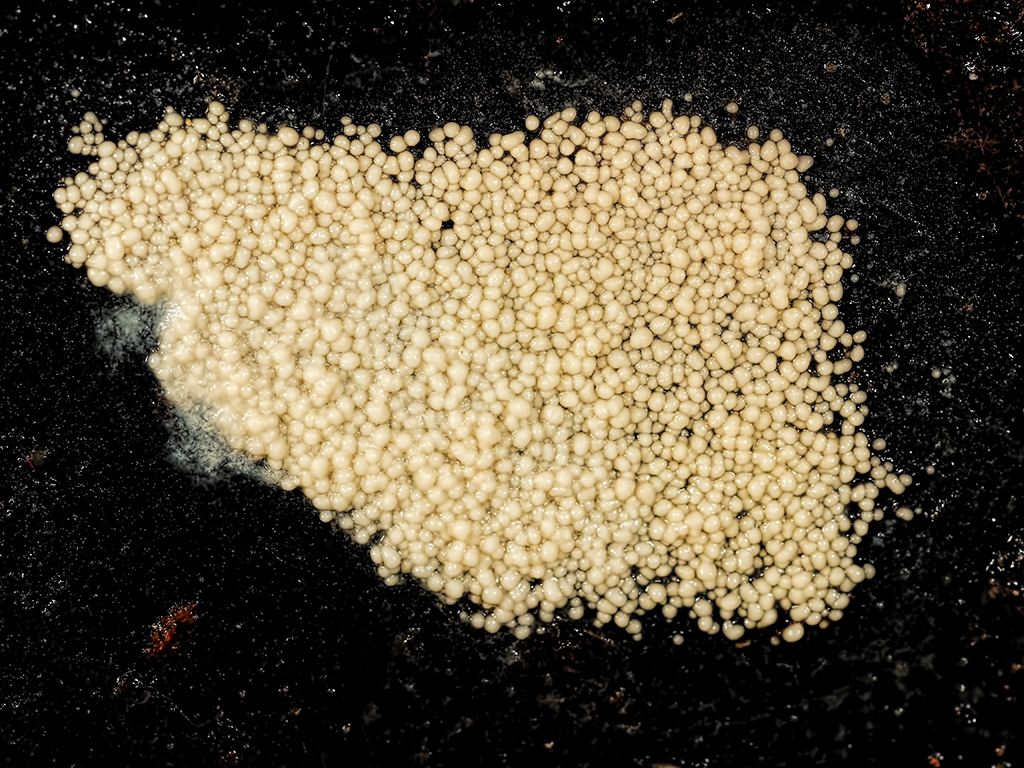 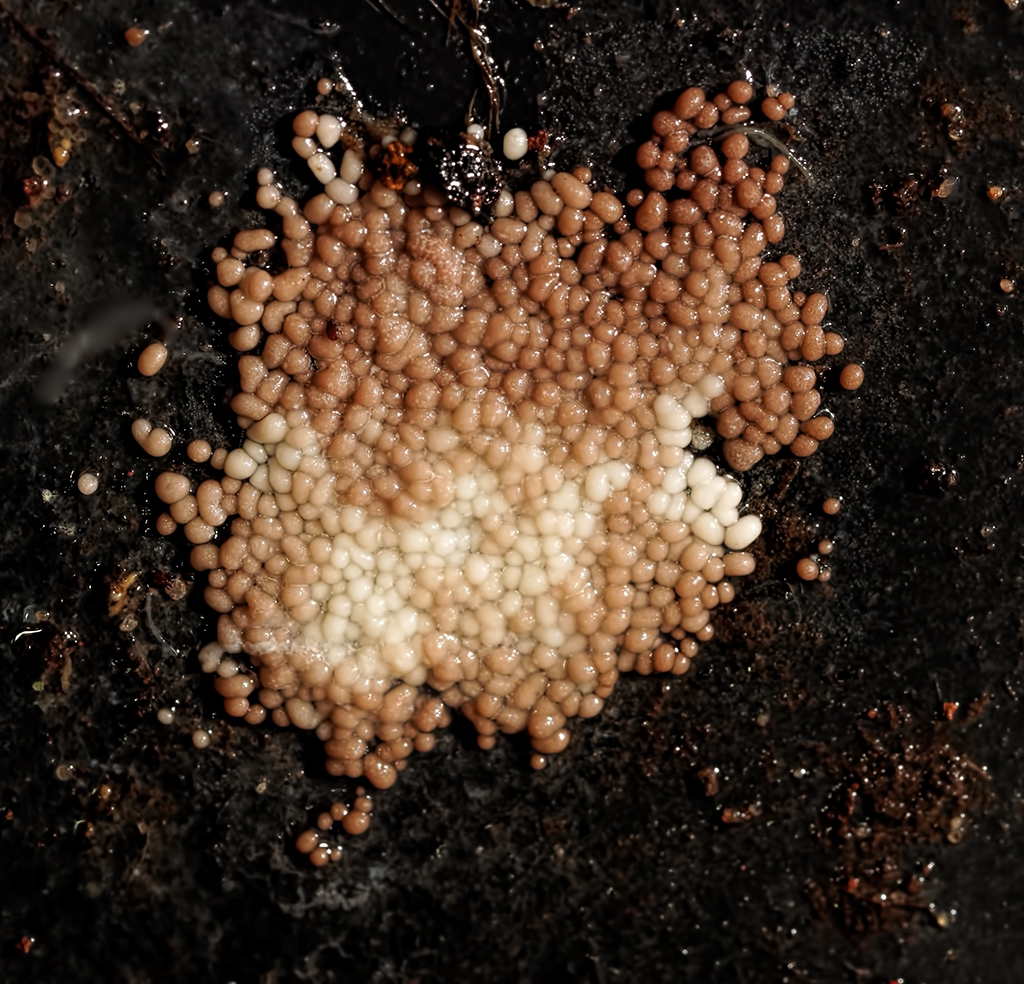 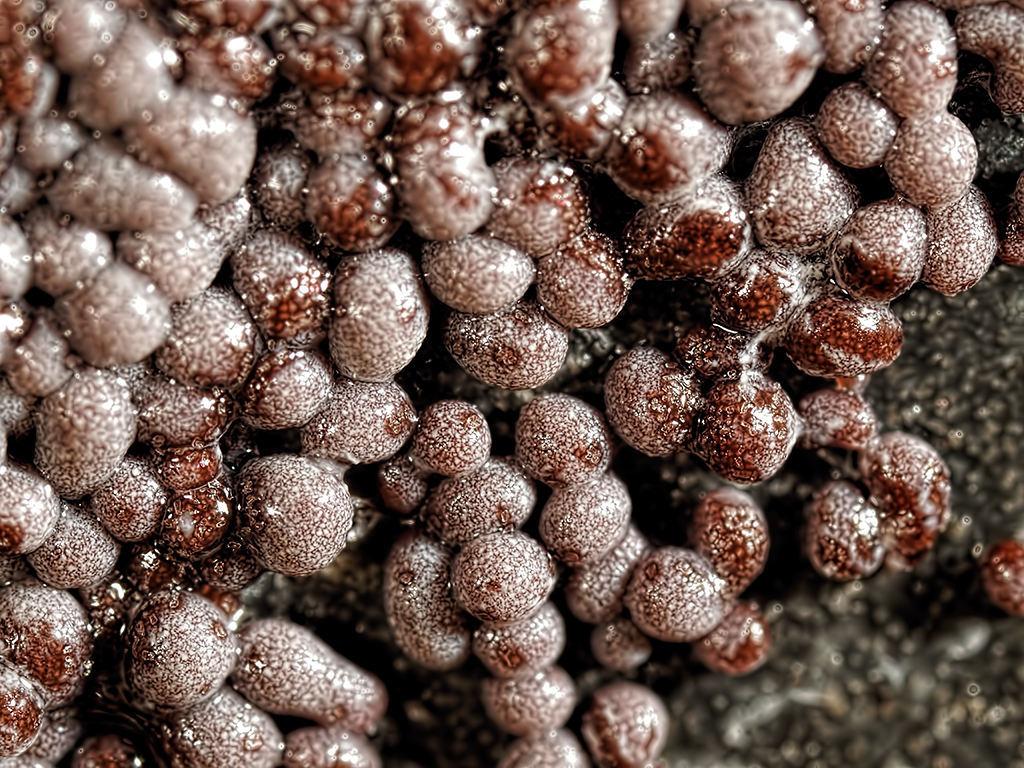 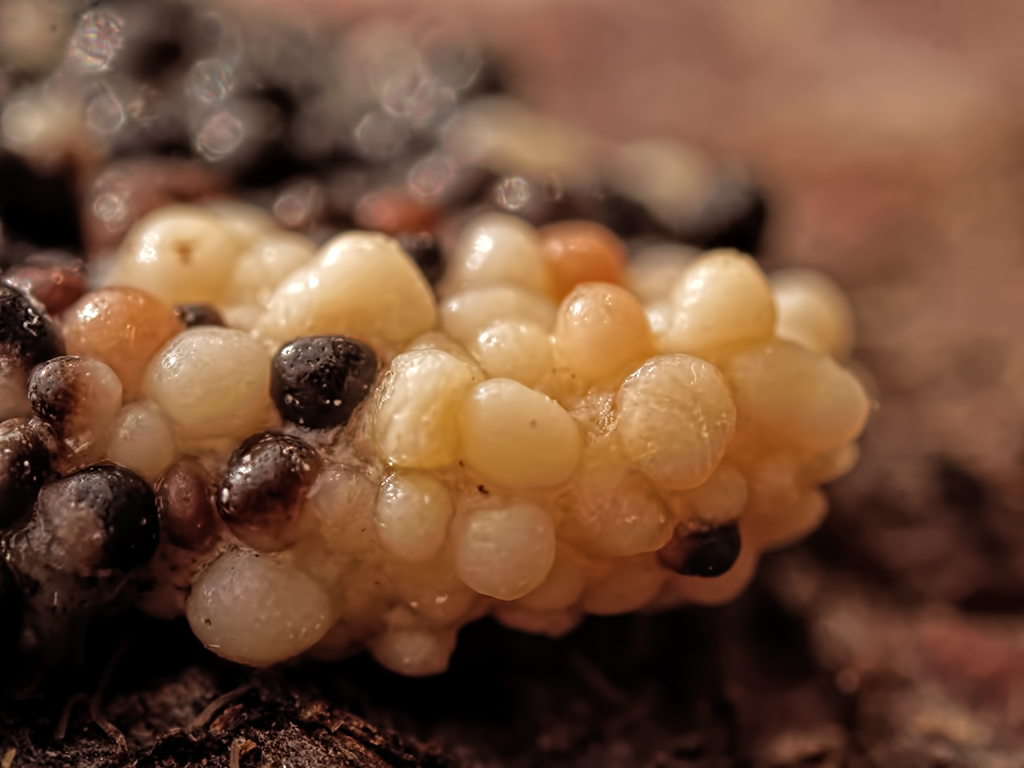 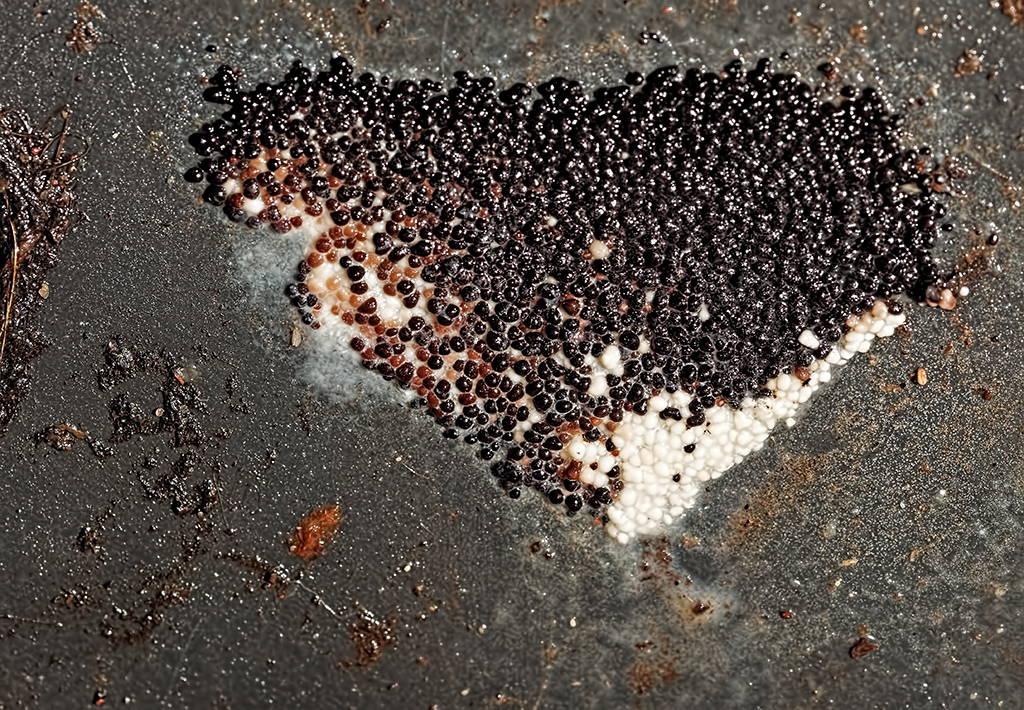 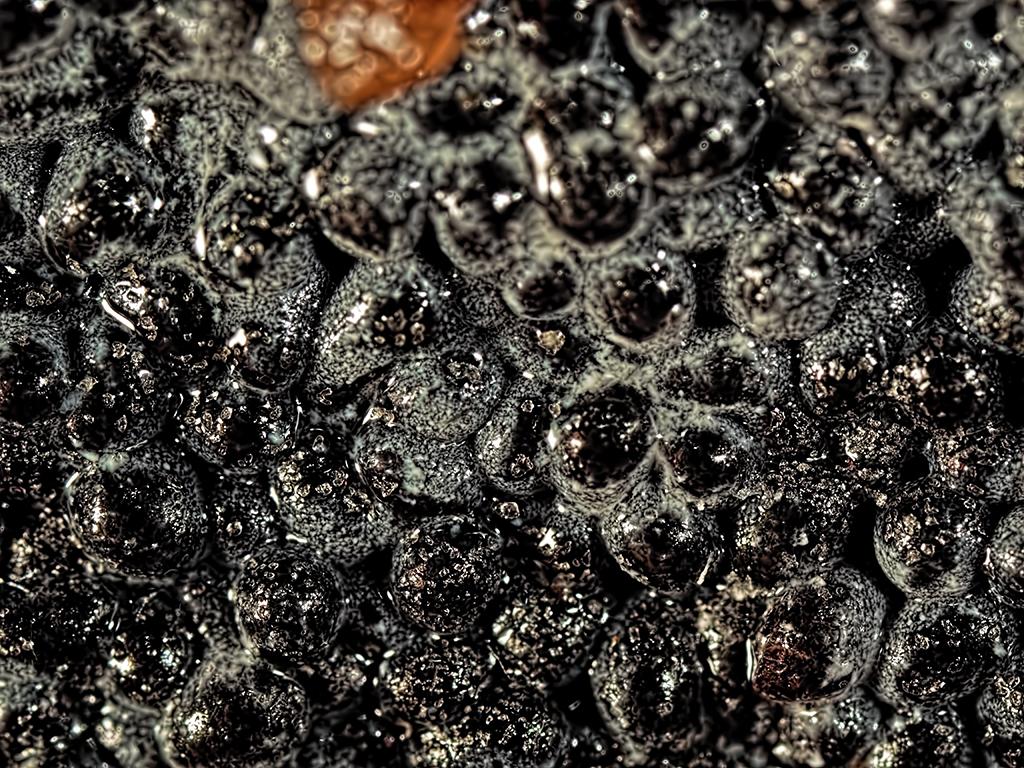