On 21 October, long after I had decided the colonies were not doing anything different, and I had removed much of then for closer study, I took some scraps to the bin. What I saw surprised me.

There was a huge expanse of plasmodium (first image). I photographed it.

Another day and the fruiting bodies were darkening (third image)

A further eleven days found the colonies were blackening (fourth image). The remains of the original colony are at the top, with the new one below it.

The cycle had run again.

You can see the traces of the plasmodium in the third image.

So the plasmodium was feeding in the decaying food and placing its fruiting bodies well above it, where slugs and other grazers were less likely to go. Mystery solved. 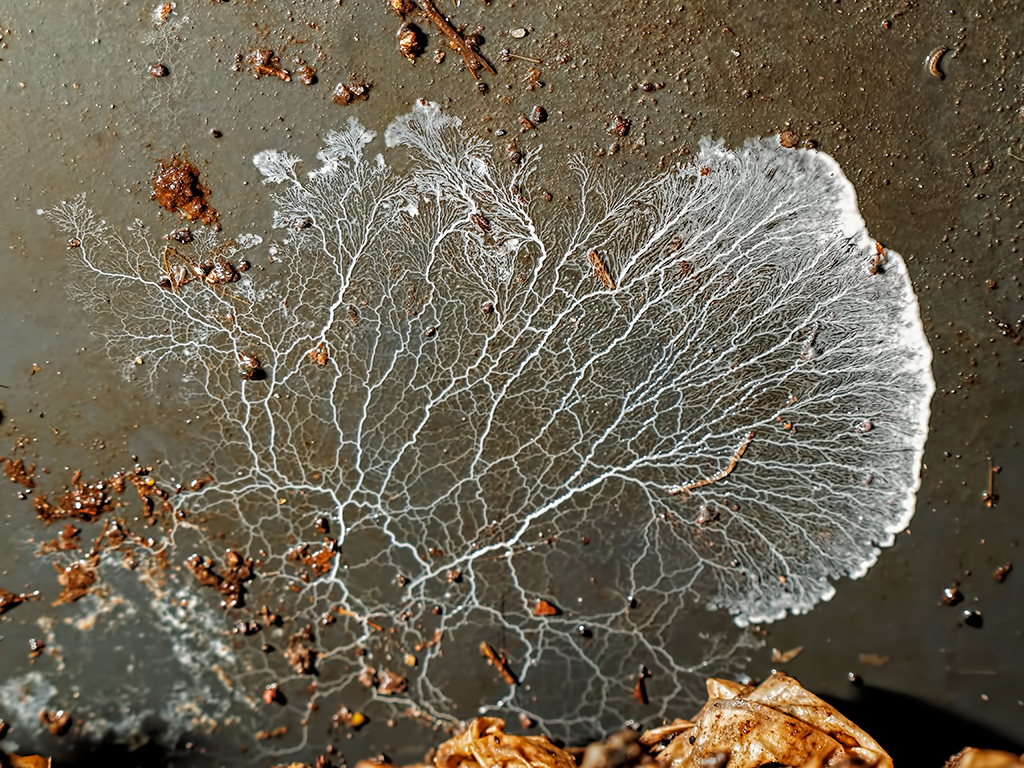 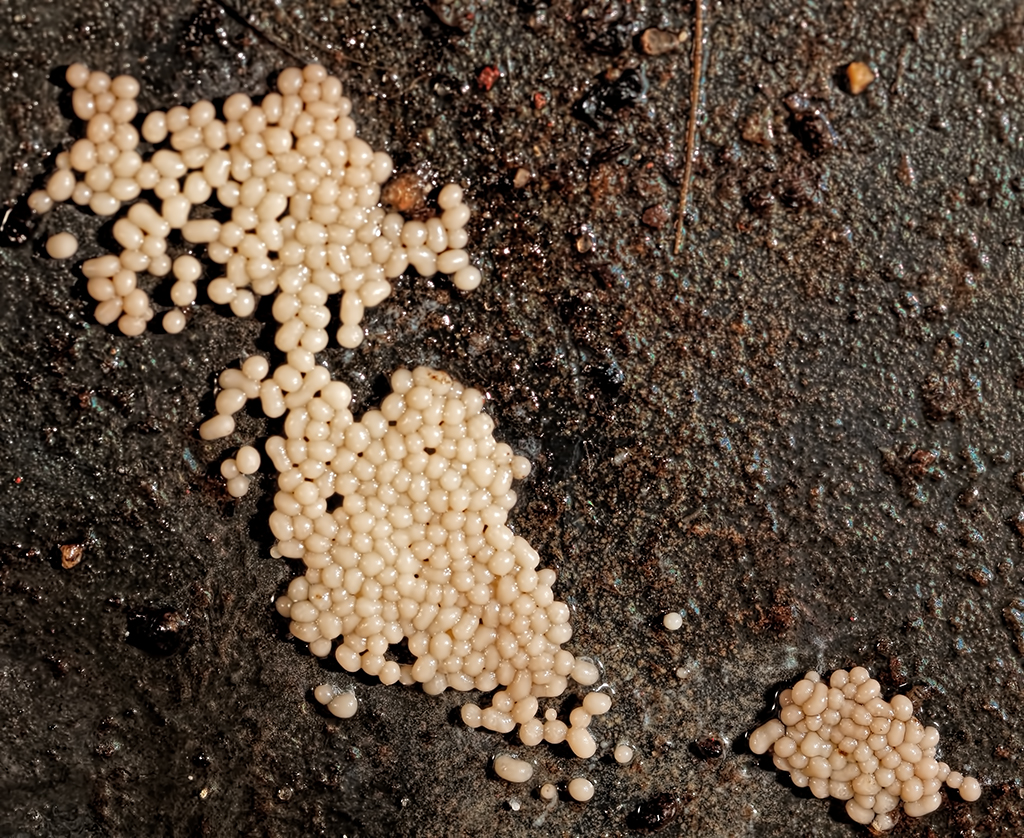 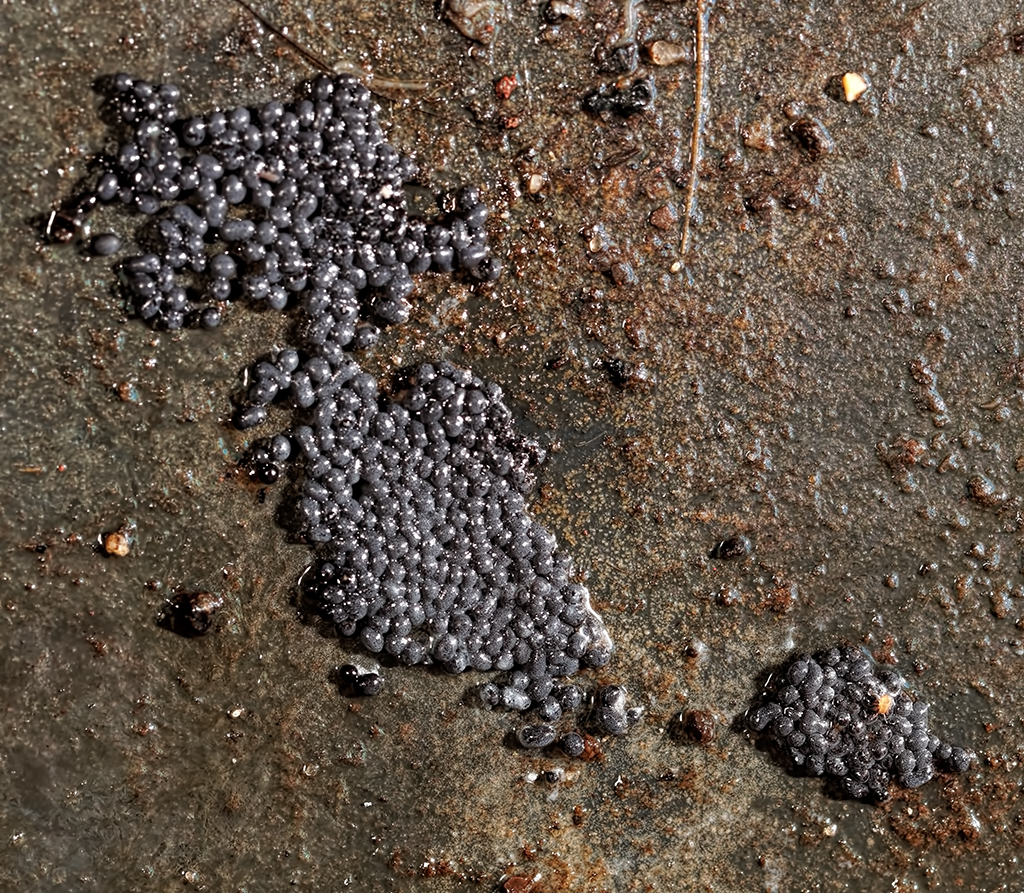 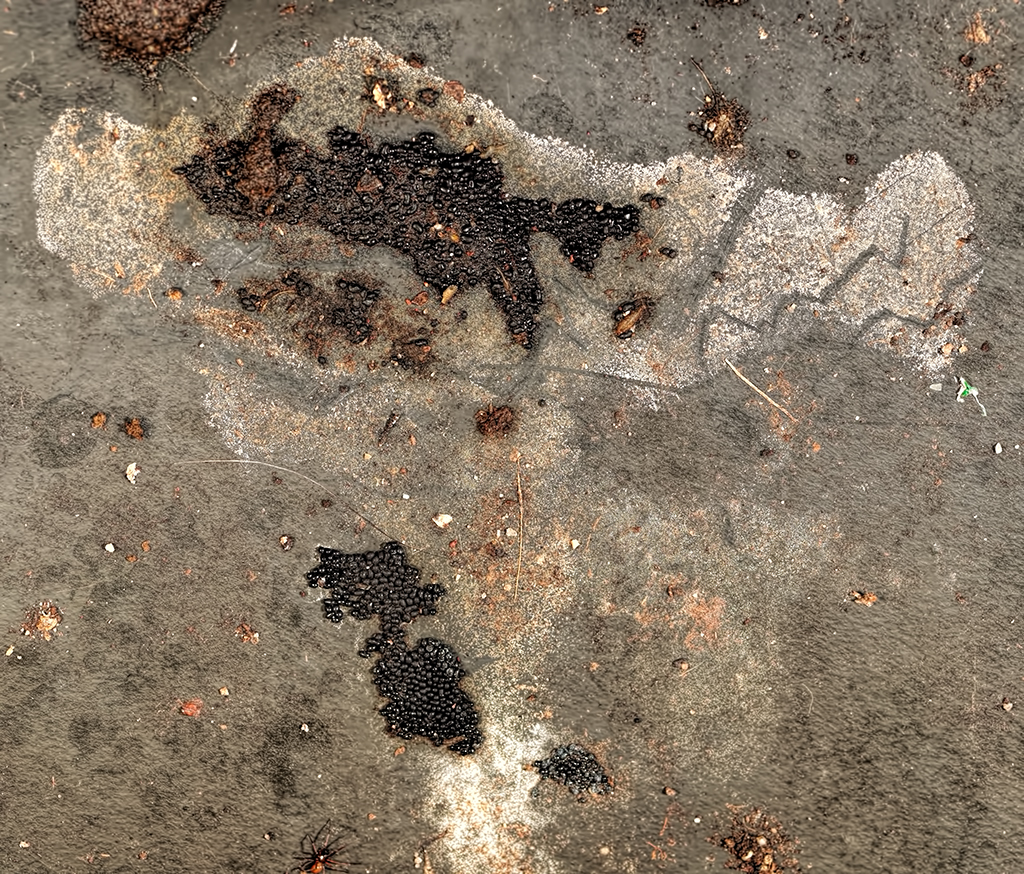