The late Charles Kuralt, CBS correspondent and noted traveler, called this road the most beautiful drive in America. It's hard to argue that assessment. The Bear Tooth section is actually a part of U.S. HWY 212. I left the north east entry of Yellowstone and rode the Bear Tooth from start to finish at its end 68 miles later in Red Lodge, MT. I shot these pictures in early June and I include just a few here to give you a sense of the majesty of the ride. 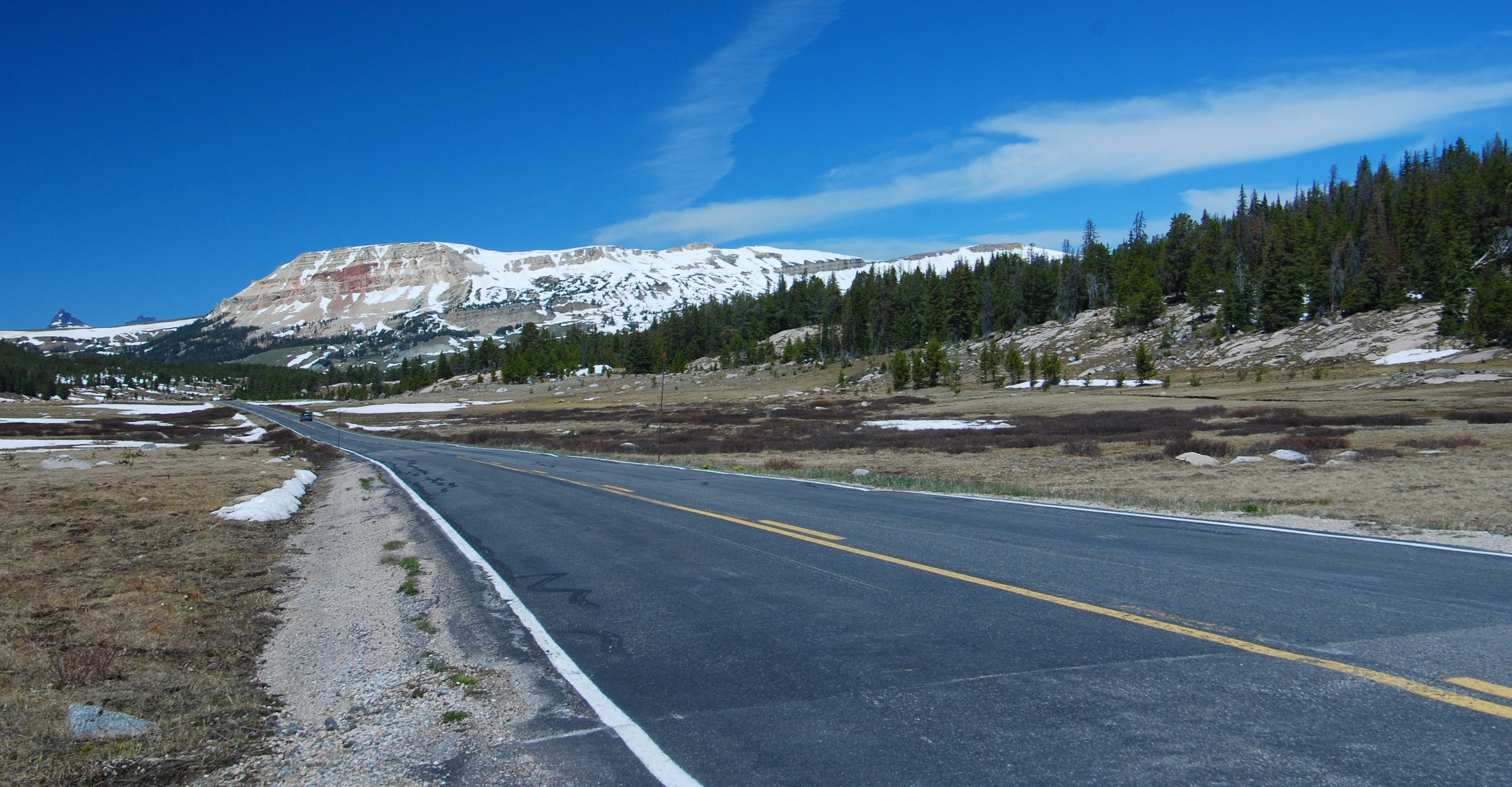 2 ) A large lake that's just beginning to thaw at the shoreline. 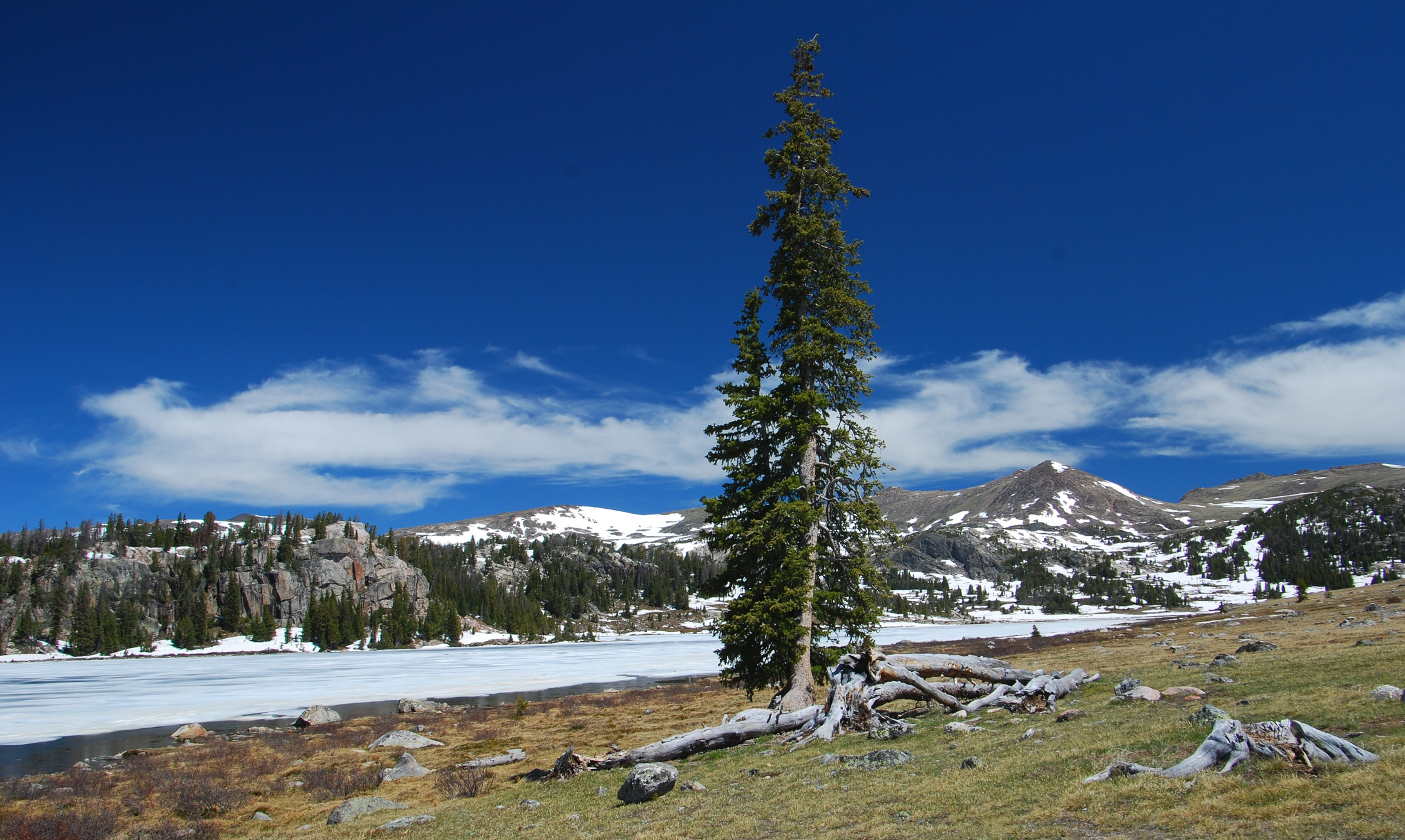 3 ) You can see some of the road you've left behind. 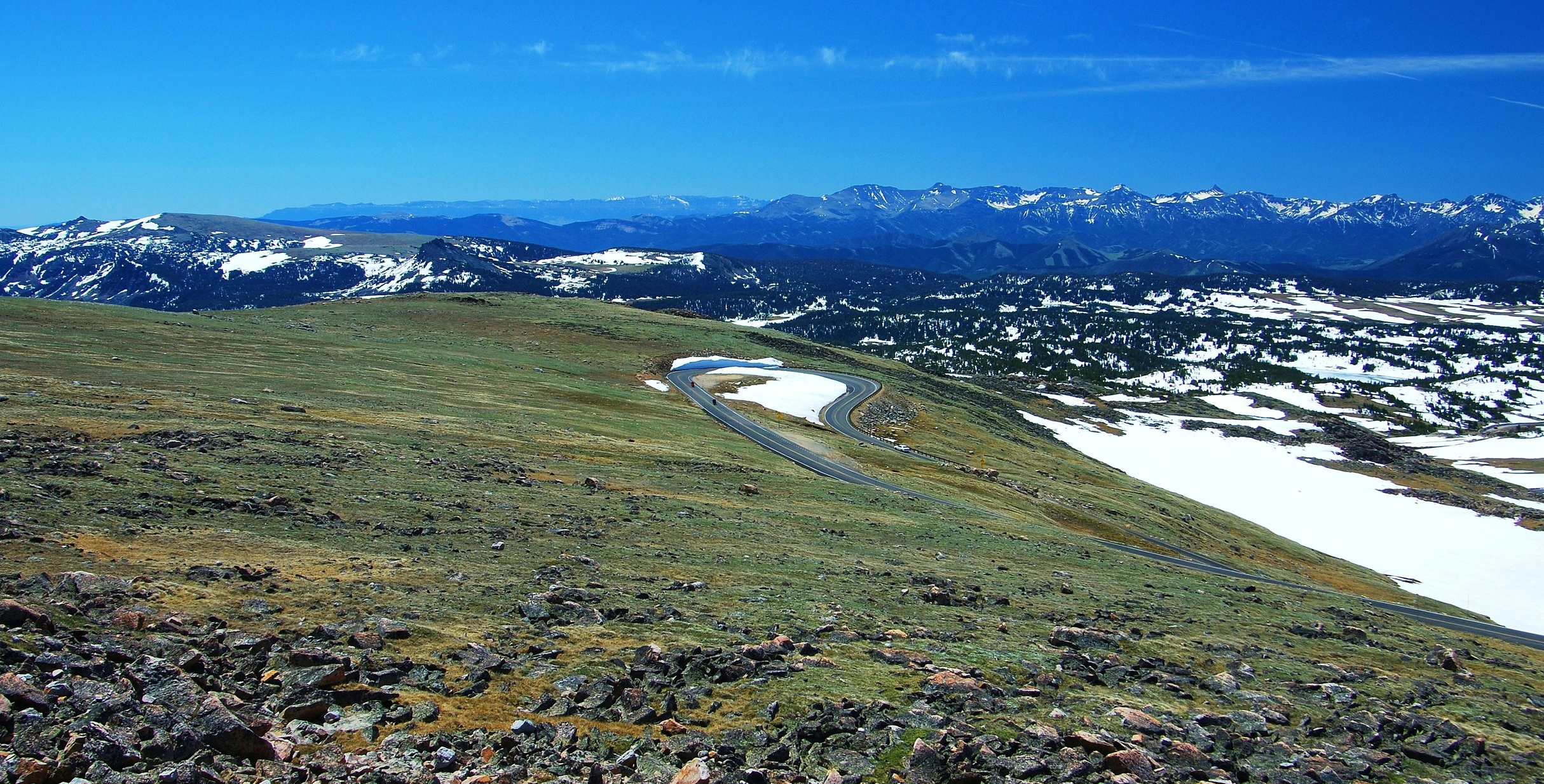 4 ) This lake high up is said to never thaw. 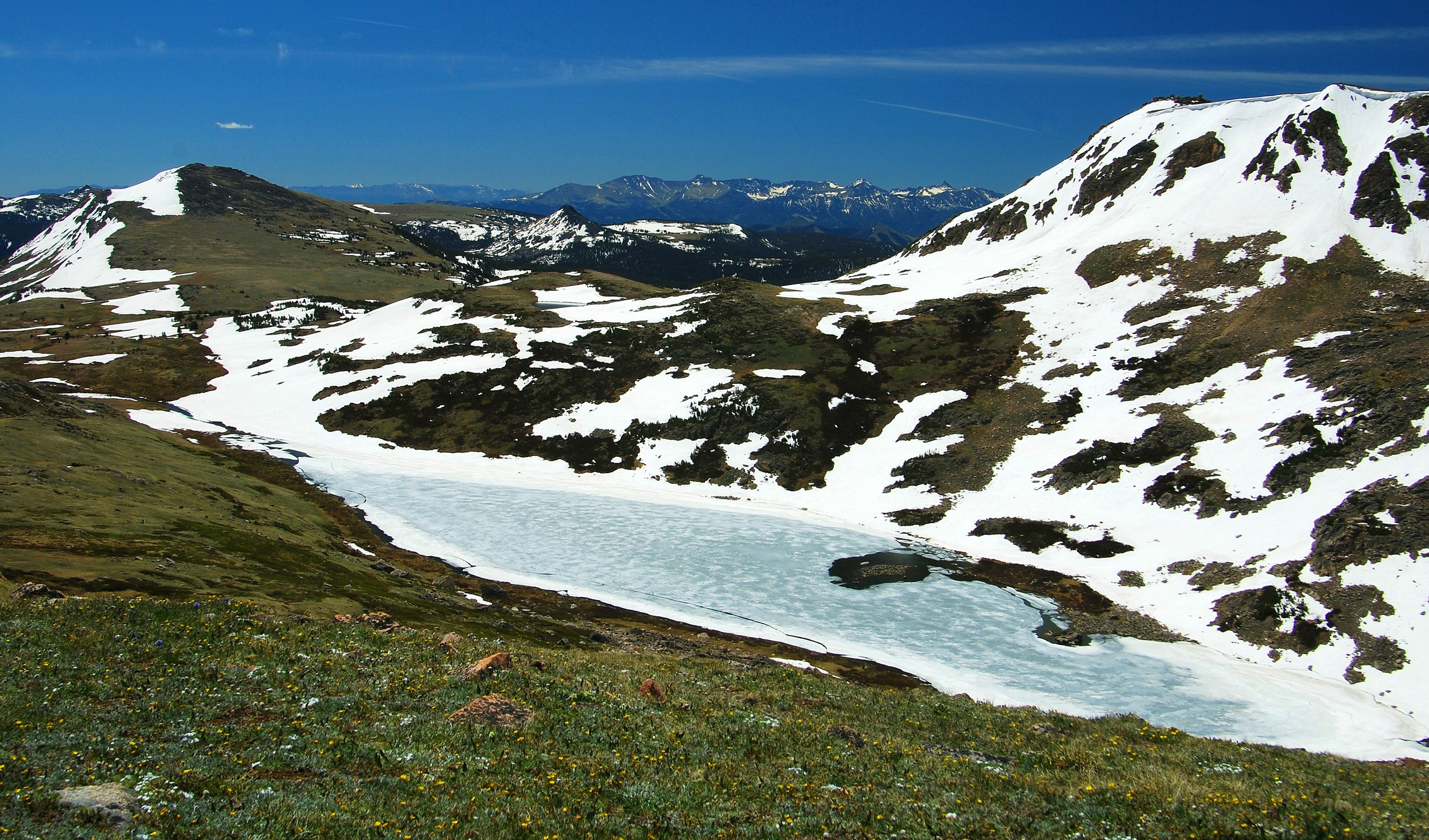 5 ) This is near the crest of the road. The twists and turns to get there are obvious. The banks of snow along the " S " shaped road, kind of in the middle of the image, were at least 15 feet tall. 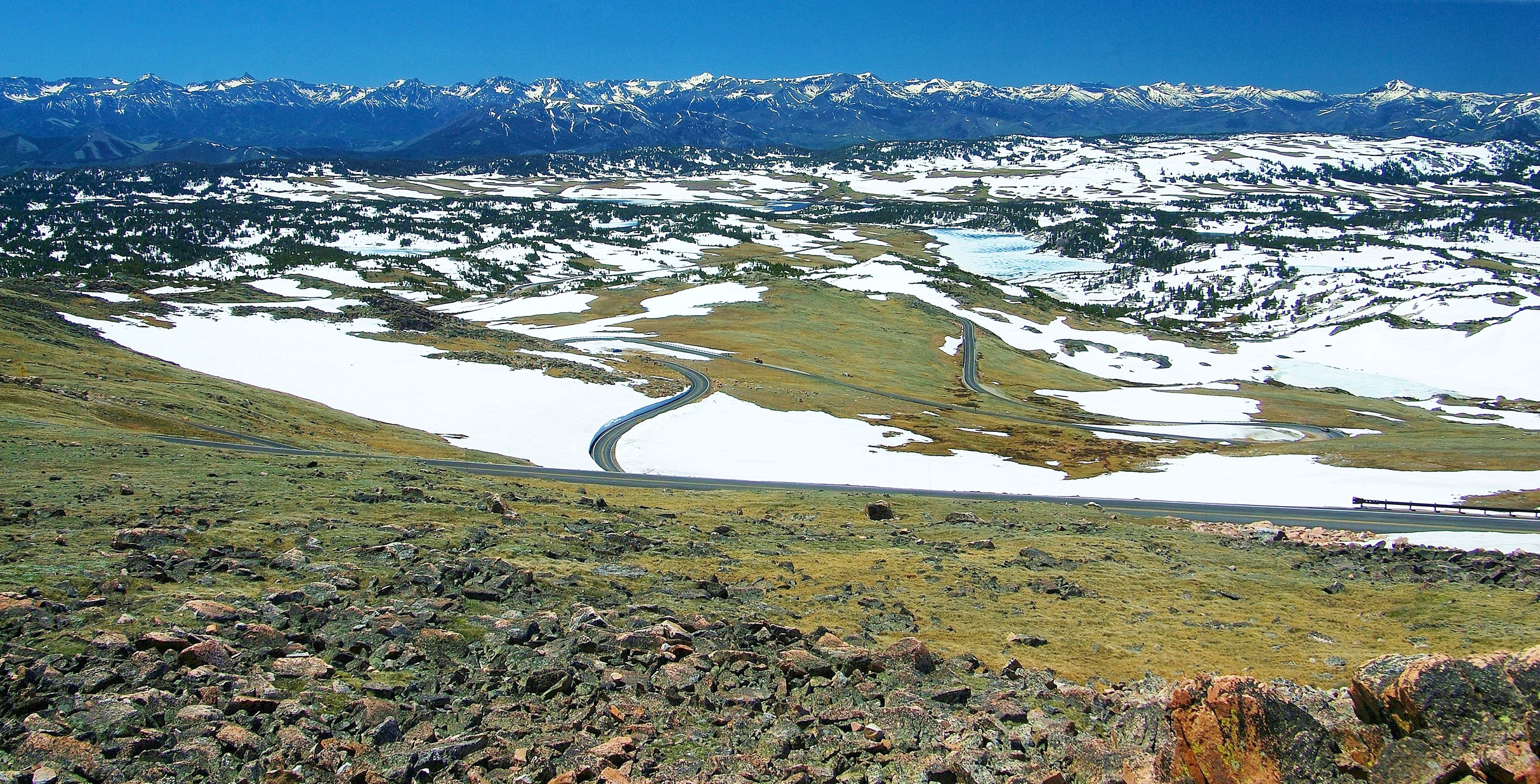 I always wanted to lie naked on a bearskin rug in front of a fireplace. Cracker Barrel didn't take kindly to it.
1