While researching with the wife in Germany we had to attend several demonstrations by PEGIDA (a far right organization). Most of the time it was just rhetoric being thrown around. However, there were times when tempers flared. Here, a news team from ARD was covering the event and they were trying to interview some of the demonstrators. Most demonstrators ignored them and just walked off. This man, however, took exception to the press and made a fist at the reporter as she was asking him questions. This was the height of the confrontation and the two sides soon separated. 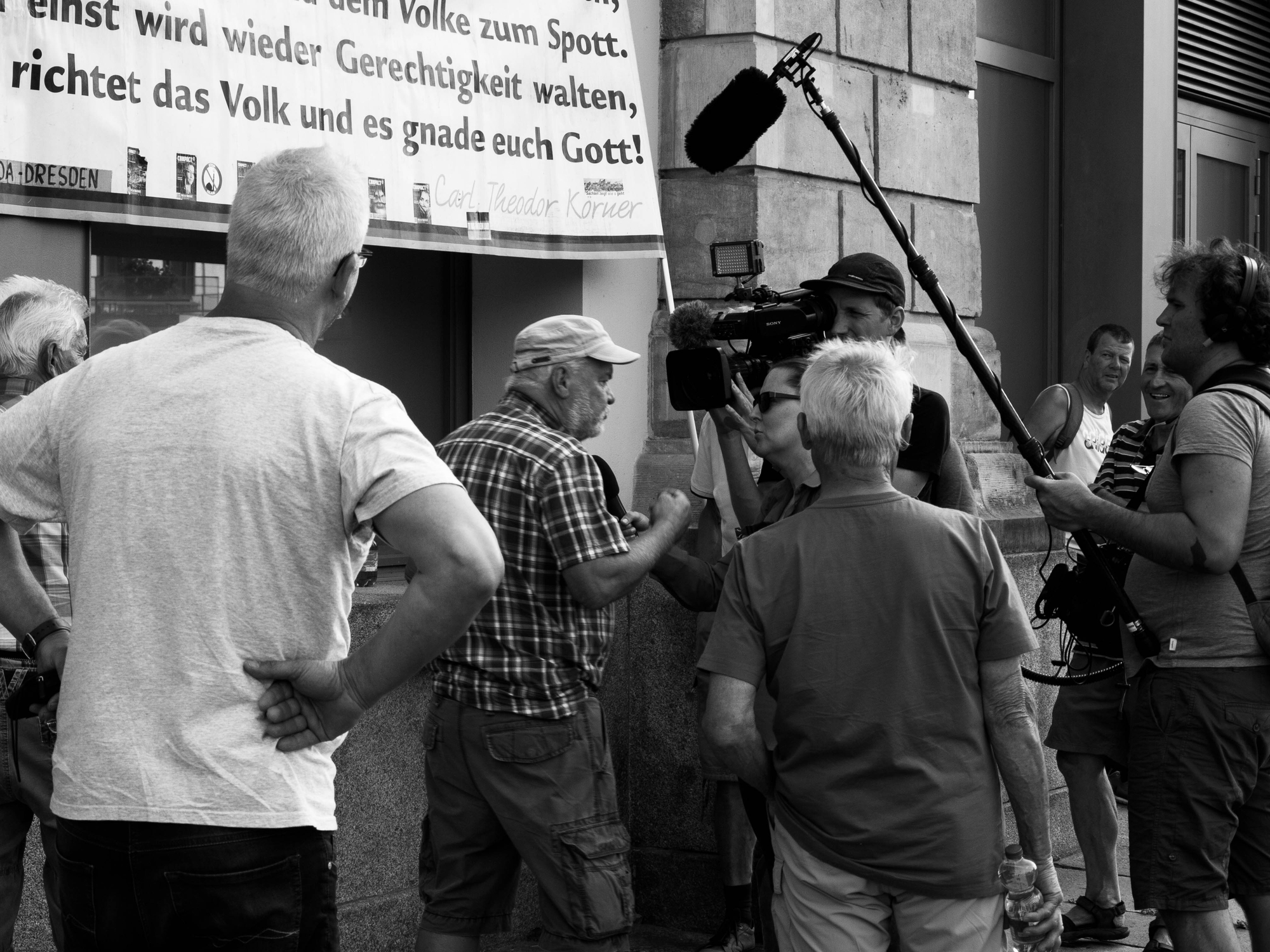