That's one of the common names of the slime mould Fuligo septica var flava.

This is the most commonly seen slime mould and I have had several in my garden in recent months. It occurs on rotting wood.

This colony was about the size of the palm of my hand but sometimes they can reach dinner plate size.

I have provided both crosseye and conventional stereos. 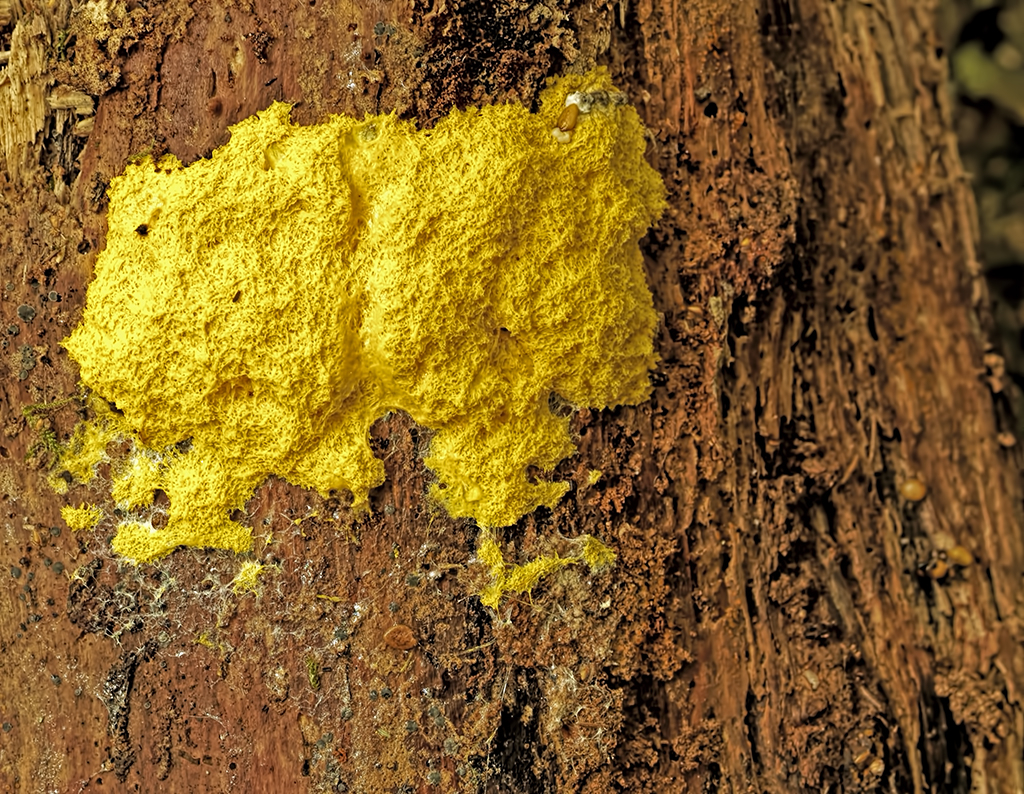