I saw numerous hoverflies feeding on ivy flowers in the late afternoon sun. The light was very harsh but there had been no sun earlier in the day.

I grabbed the lens, forgetting that I had shortened the extension. On my A7r3 FF the FOV was about 50mm wide and there was some vignetting of the corners. The lens was still inside it optimum magnification range. However, I needed f11 for DOF and this is the least good aperture for this lens. These images have been cropped before processing, the second (female) much more than the first (male, preening). 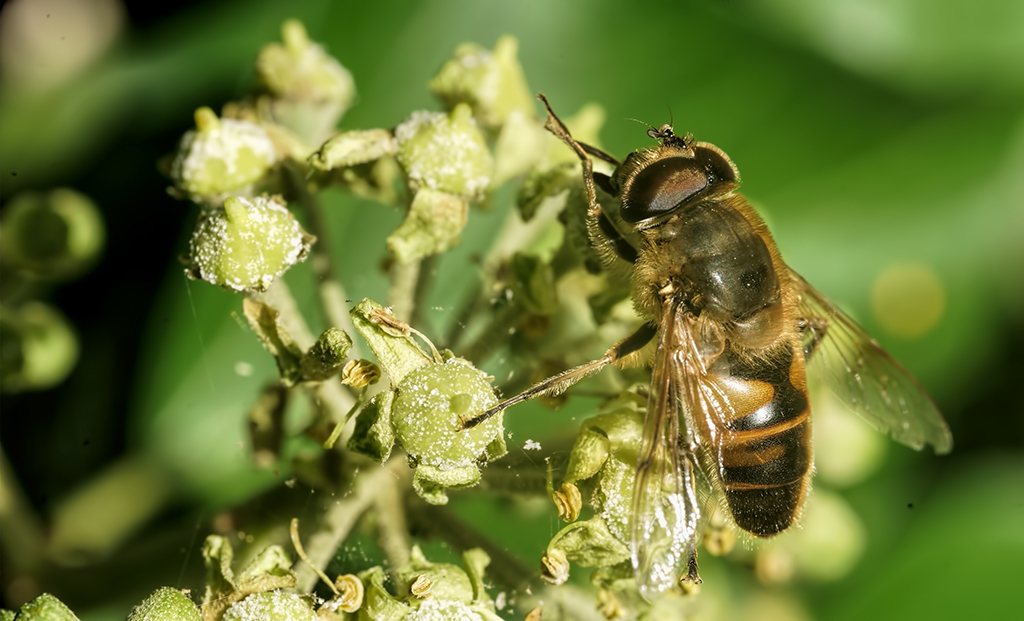 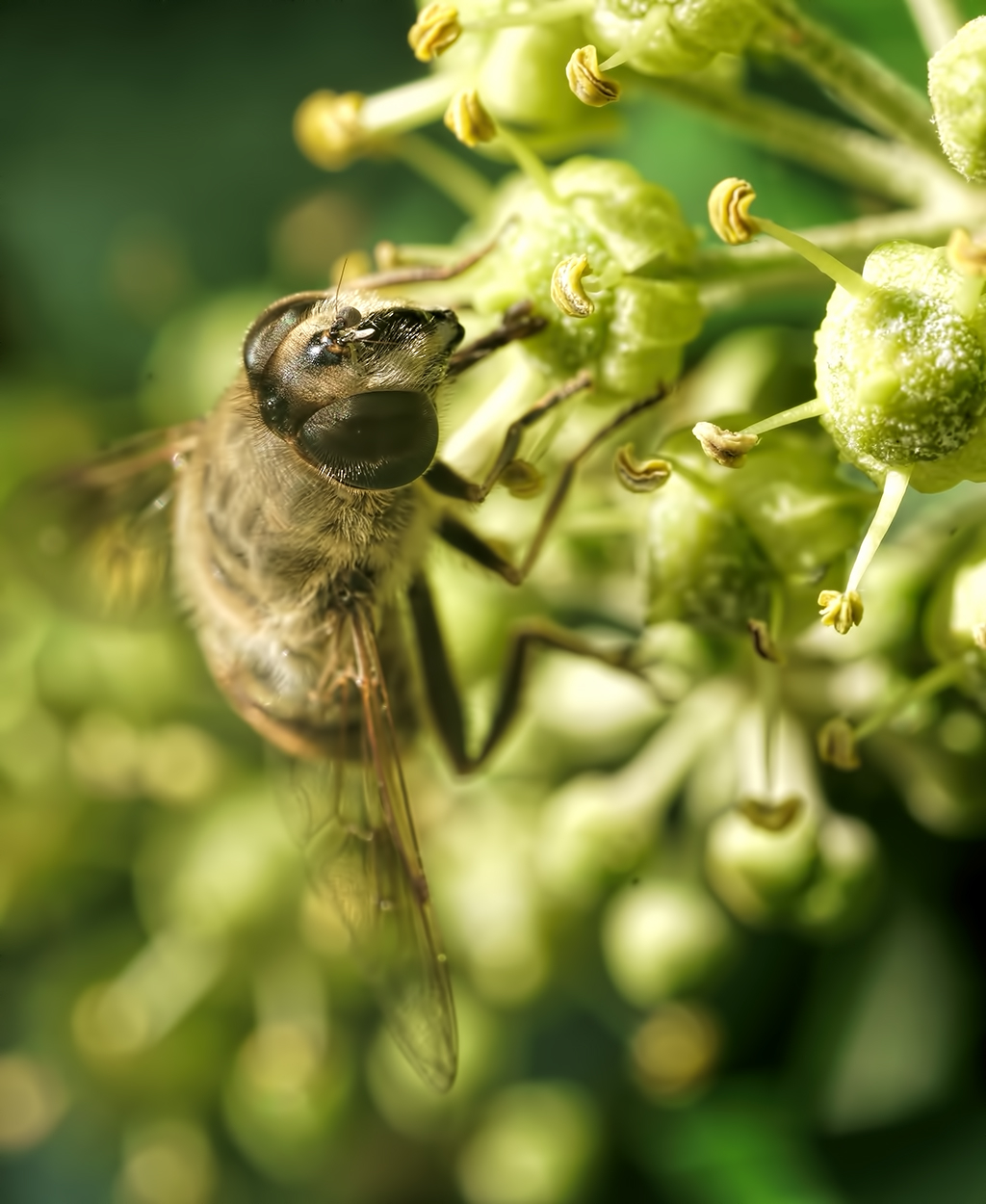