I have been using the Laowa 25mm x2.5 to x5 lens in recent years for the higher magnifications. I like the wide angle perspective.

I previously found my Olympus 4/3 35mm macro impractical for insects because of its short working distance and now use the 50mm, often with its x2TC, still giving only 1:1.

I now wanted the wide angle perspective at a wider range of magnifications and the Olympus m4/3 30mm macro goes up to 1.25:1. Its working distance is very short at the higher end but that suits many of my favourite subjects.

I was looking under pieces of bark on the ground, finding the expected harvestmen. Then I was surprised to find a caterpillar hiding under a thick twig. I took some photos, thinking it was rather ordinary. When I looked at the images on my PC I was impressed by its appearance.

Identified by Steve Ogden of http://www.wildlifeinsight.com/

It is quite common but this seems to be around a bit later than expected. 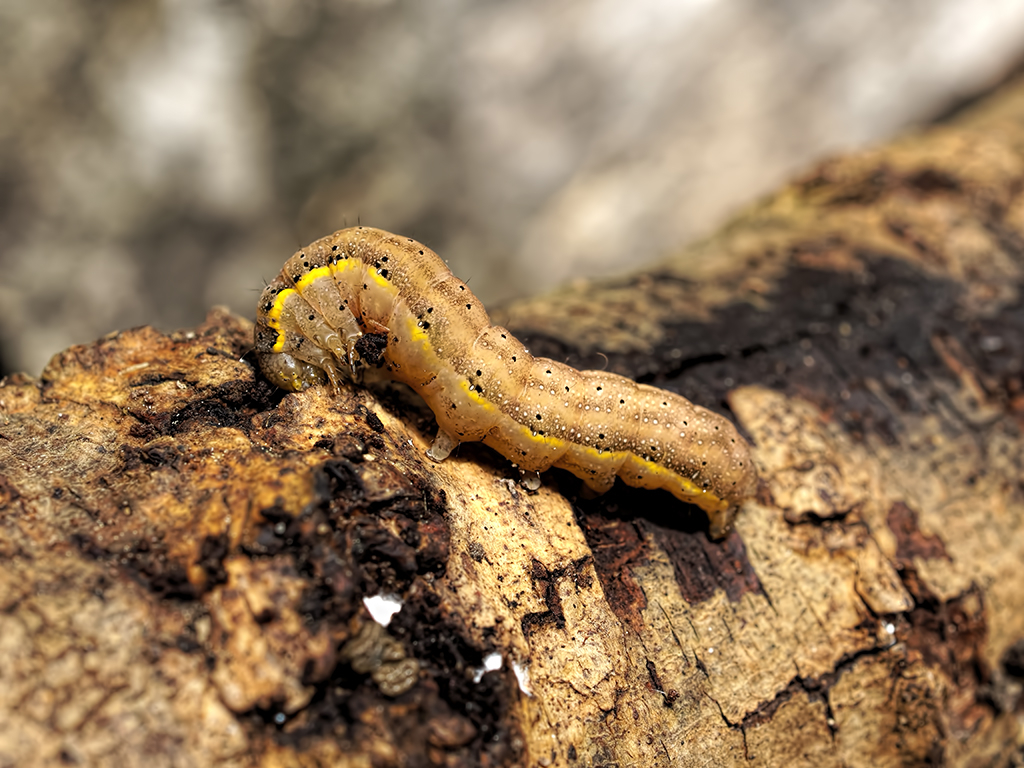 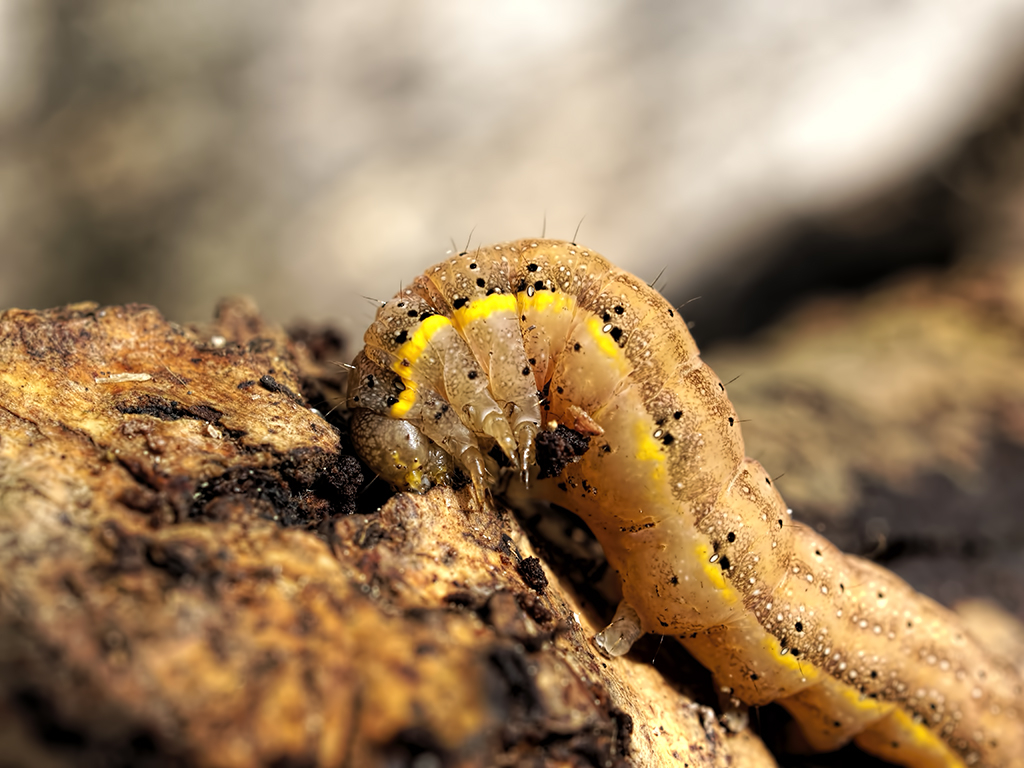