When I find a slime mould which looks much like this it is usually one of two or three species of Stemonitis. The essential difference is that they emerge in a crowded manner and may become conjoined as they mature (ripen). Stemonitopsis remain separated. Stemonitopsis typhina is recognisable by not only remaining separated, but by its white stems and, as it matures, by the shiny black spore capsules. I photographed the young stage at the location (first two images) and sampled a different part of the colony which I photographed in my “studio” the next day. While it is possible for them to change from white to black in 24 hours I don’t think that happened.

Both Stemonitis and Stemonitopsis live on rotting wood. Stemonitopsis means “looks like Stemonitis" and typhina refers to the resemblance to seed heads of Typha latifolia the Great Reed Mace, the ina indicating "small".

This is only the second time I have found this species. The first time was in my garden.

I would normally use my Laowa 25mm x2.5 to x5 lens for the higher magnification but I used my Olympus 4/3 30mm macro for all these images. 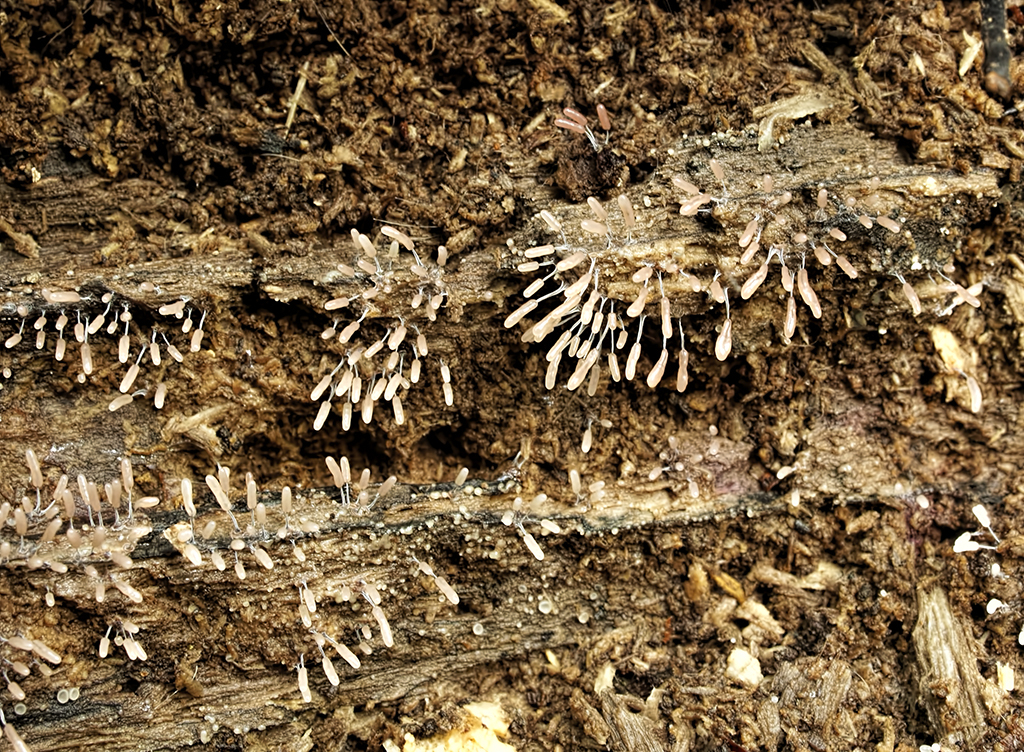 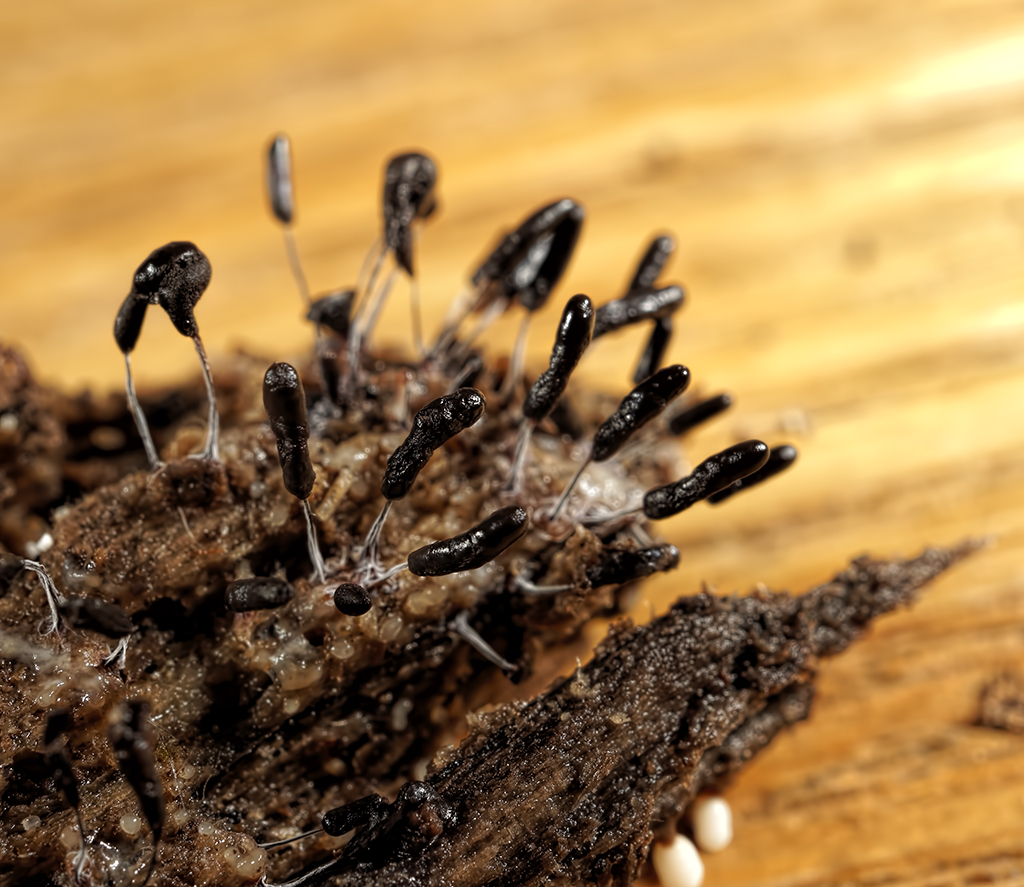 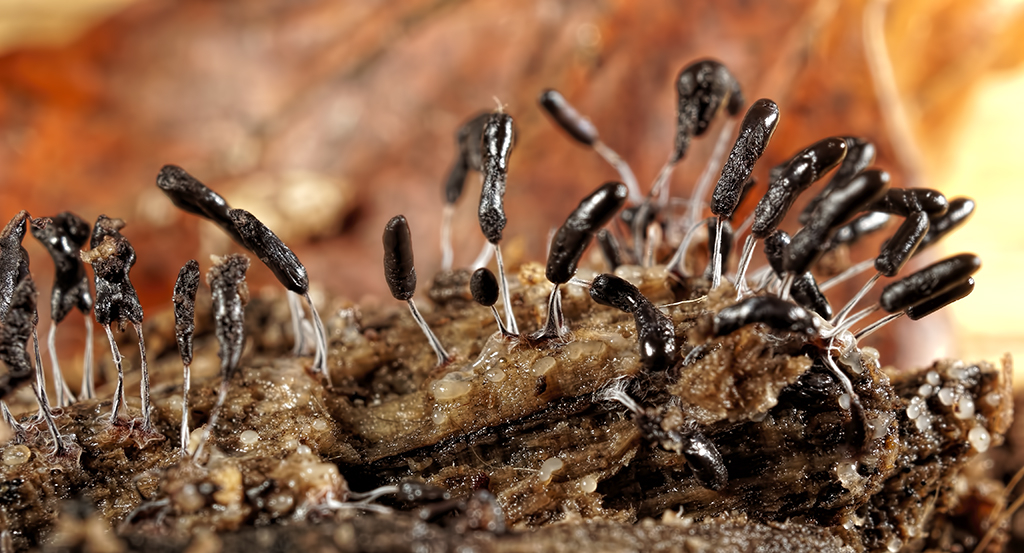 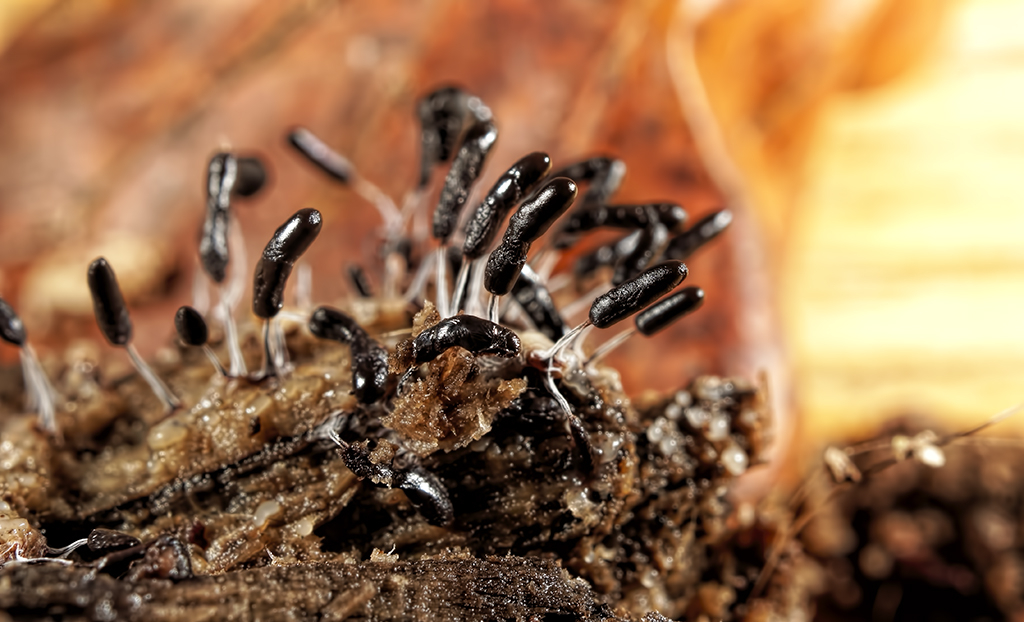