At that time, I had a lens set for a lower magnification, when the pseudoscorpion unexpectedly appeared, and had to crop the images severely.

This session was with the Loawa lens set at x2.5. I then had to crop the images by ca 50%. Clearly, the setting for the subject would best have been x5 but its very active behaviour would have made framing difficult.

This time, against my expectation, I obtained a stereo pair.

I would like to have shown the pseudoscorpion against a leaf litter background but it refused to climb onto the dead leaves and remained on the plastic container throughout the session.

I later released the pseudoscorpion amongst some dead leaves. 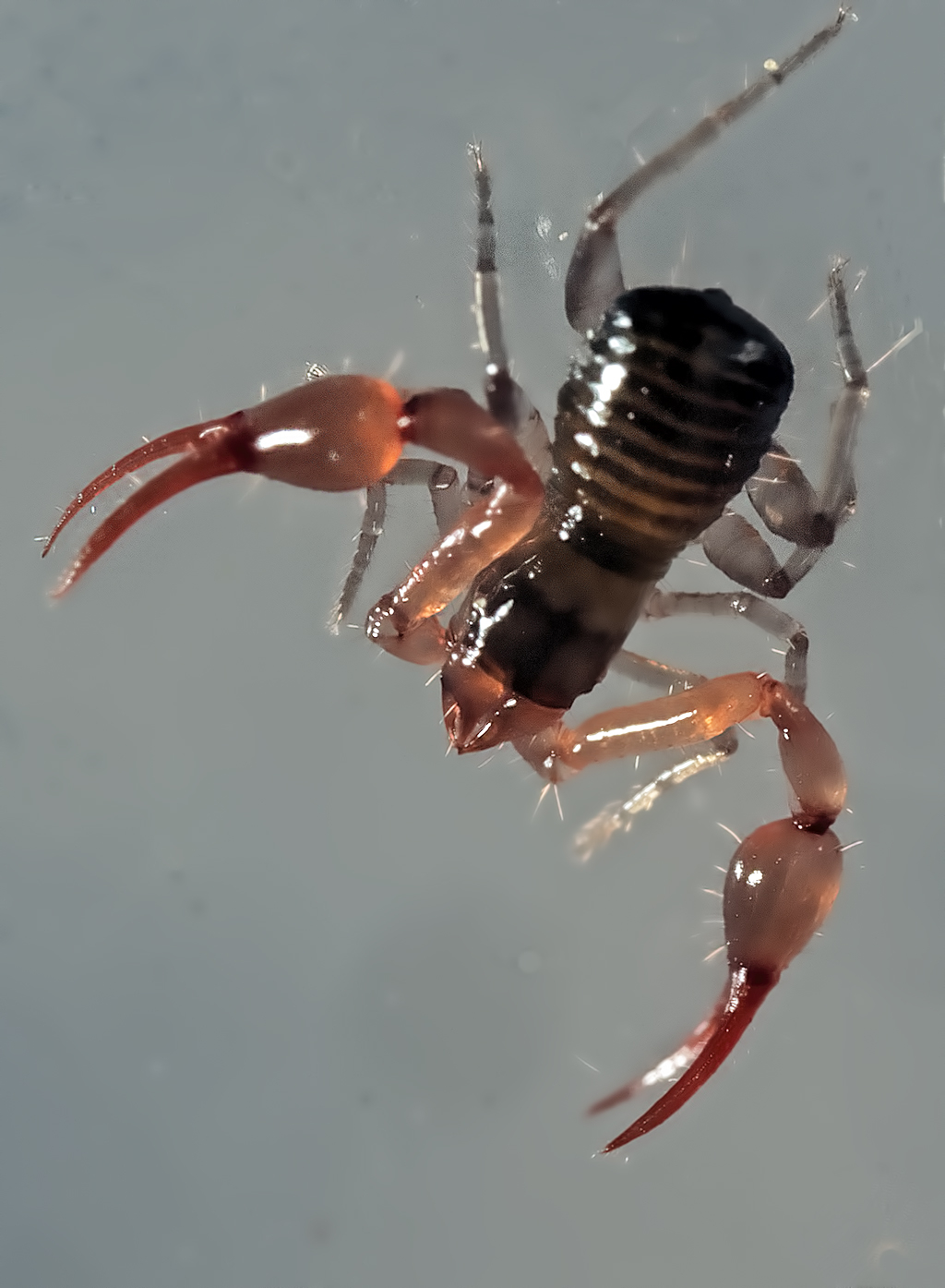 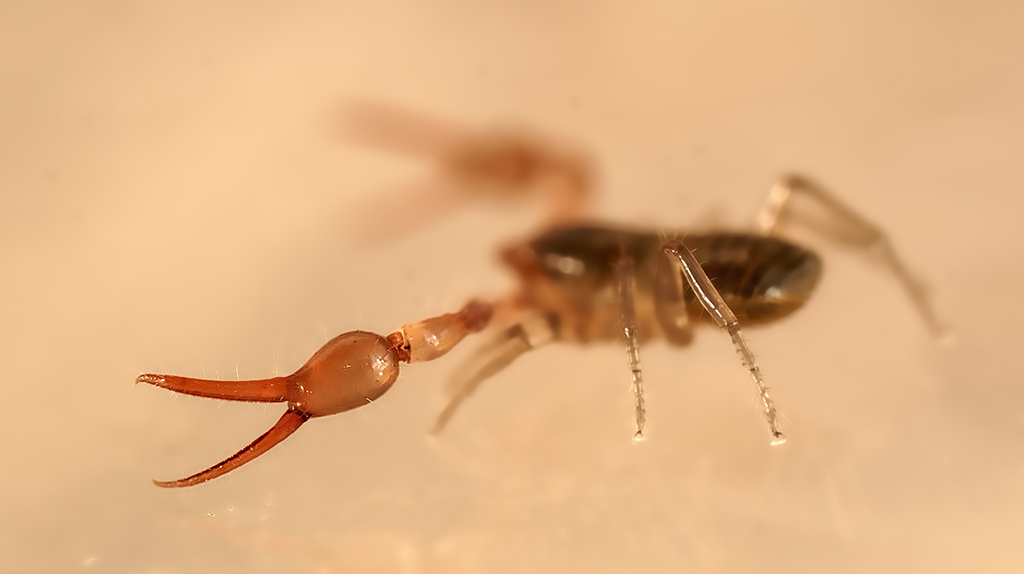 The left front leg looks a bit like some debris. 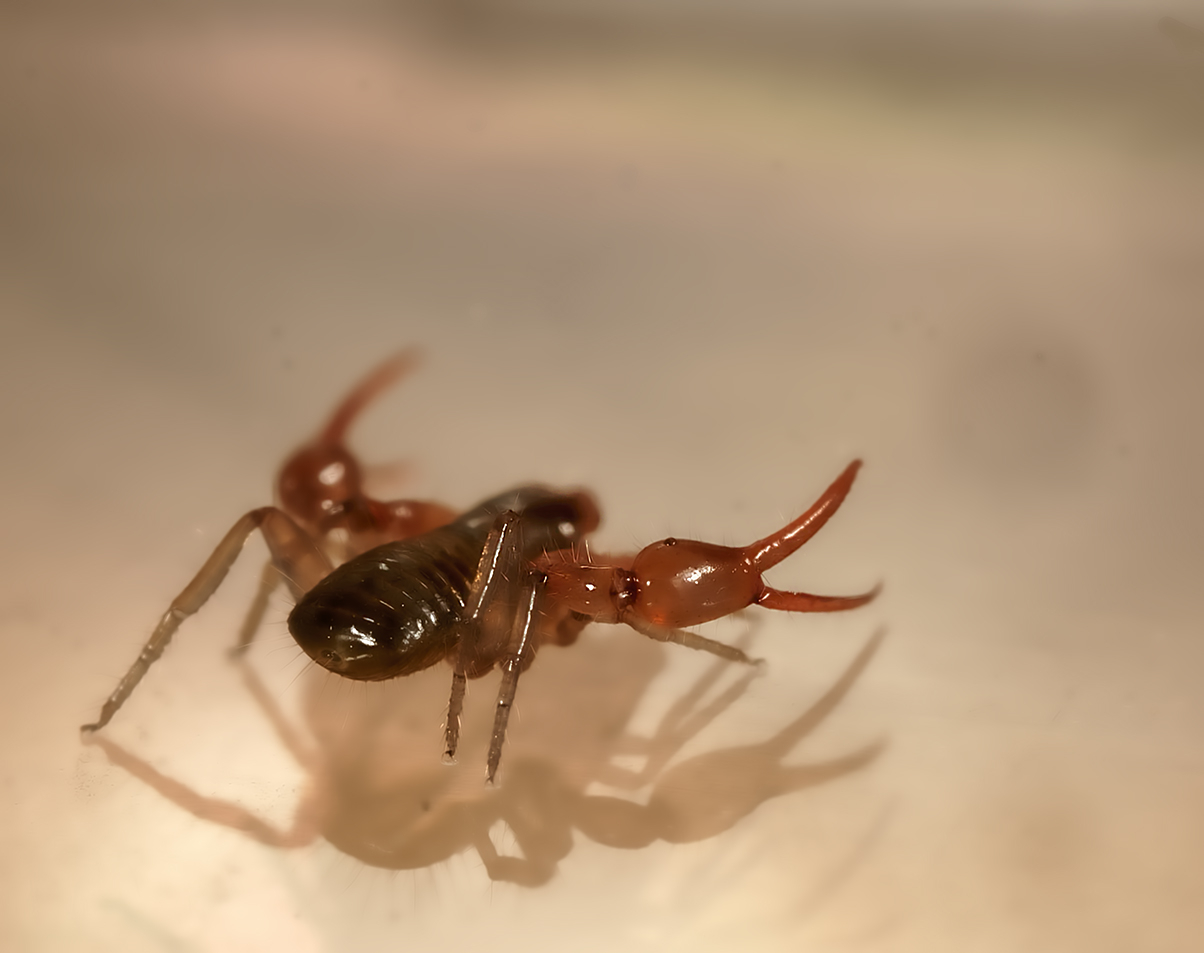