I found some examples of pink slime mould plasmodium (a flat sheet of tissue) on a huge rotting log. I took them home and over the following few days they started to form cylindrical projections but brown, rather than the expected yellow.

This small (3mm?) group had been a few cm from where I found the plasmodium but was emerging directly from the soft, rotting wood with no visible plasmodium.

I took these home and kept them in airtight boxes, occasionally removing the lids or adding water, as I judged to be required, to maintain steady(ish) humidity.

So I was surprised, three days after photographing the yellow colony, to find it has changed from yellow and apparently soft, to black and of mineralised appearance, with apparently glowing orange tips.

I have been unable to locate any such black form in images on the internet but I did for the yellow stage.

I have seen such a transformation only once before, in Mucilago, another slime mould. The latter was also difficult to confirmed via a search I finally succeeded.

I suppose this is some kind of resistant stage to survive low humidity. 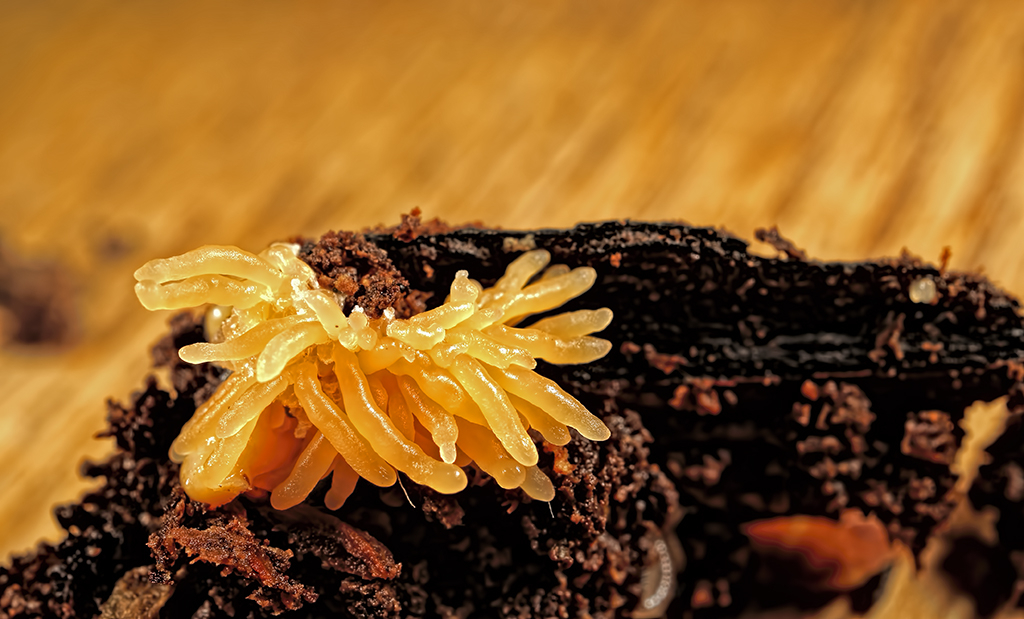 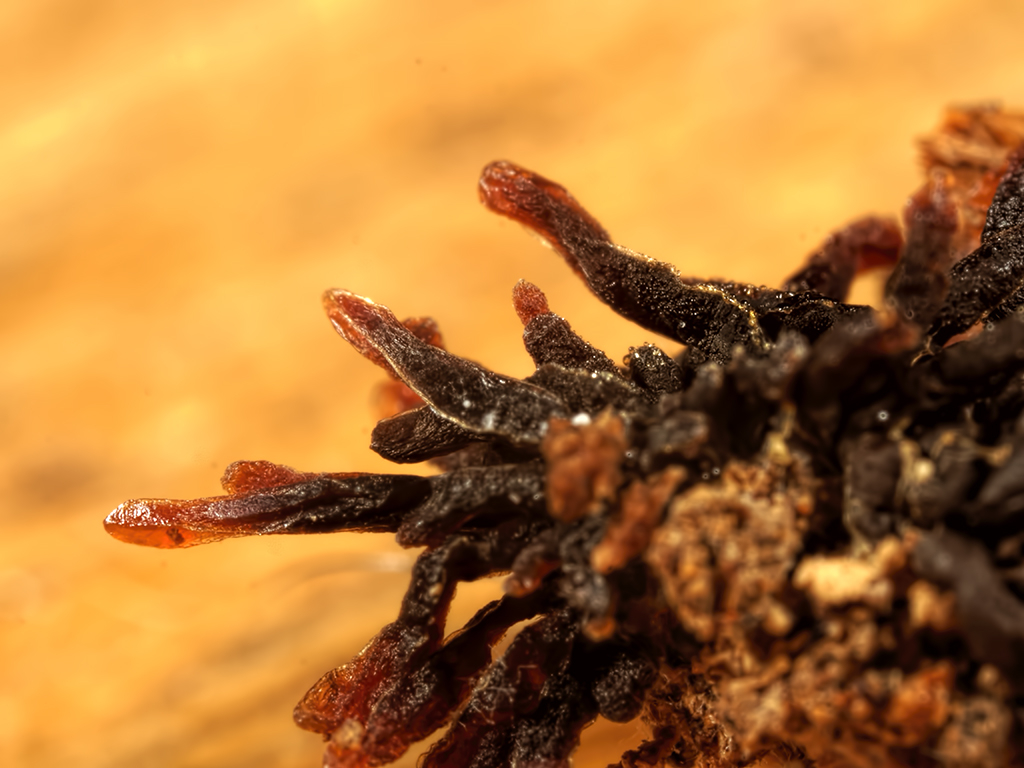 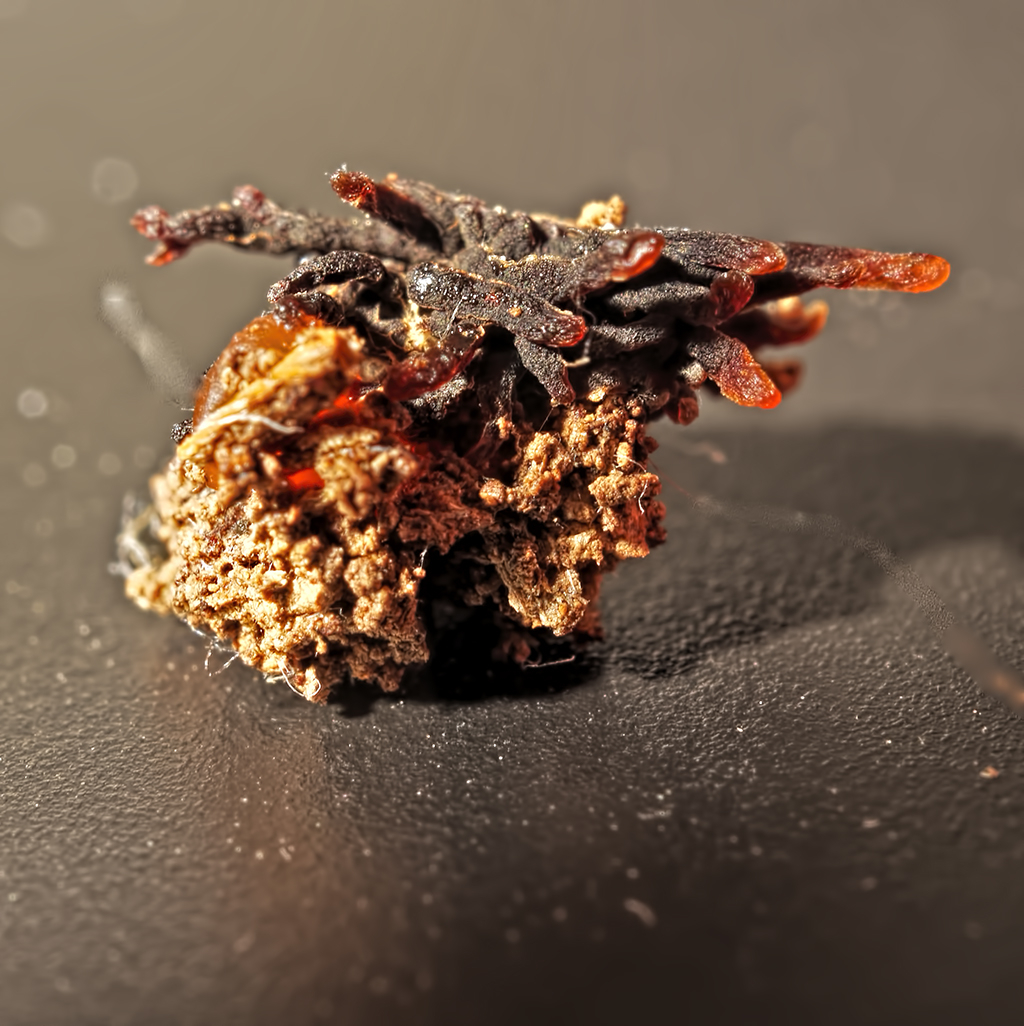